The aptly-named Green Place, tucked away in the Test Valley, is a house that offers an ideal escape from the stresses of modern life — just as it was for the man who first had it built.

Homes have changed in many ways over the years, but one thing that has remained the same: they’re our sanctuary from the stresses of work. That’s why builders of home offices are doing such good business these days — as working from home booms, we’re discovering that we still need to be able to draw a more-or-less-literal line between work life and home life.

Sir Norman Hill was a man who must have known all about workplace stress: he was the solicitor for the White Star Line during both the Titanic and Lusitania enquiries. He and his family had used Green Place in Hampshire as their bolt hole for some years when, in 1913, they decided to retreat to the house permanently, extending what had previously been their holiday house. 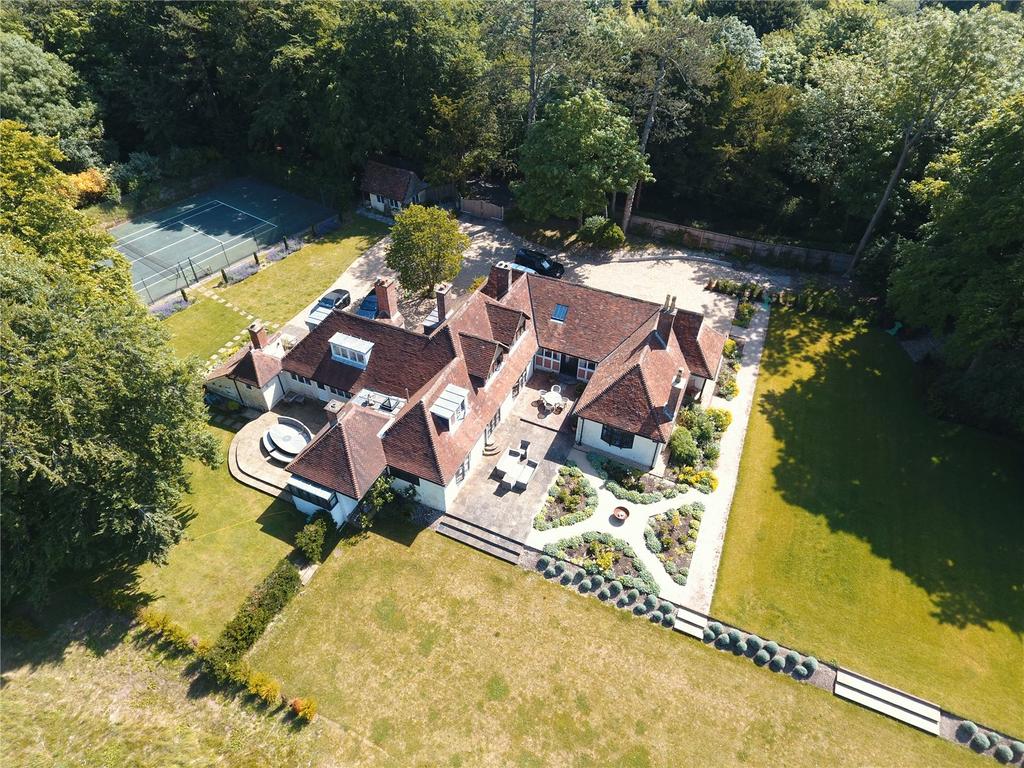 The house, is located near Stockbridge, not far from Salisbury in the glorious Test Valley. It was originally built by well-known Arts-and-Crafts architect M. H. Baillie Scott in 1906–07, with gardens ‘inspired by’ Gertrude Jekyll’s designs.

Baillie was the architect once again when the house was extended in 1913, and the quality of the work he did is cited by Historic England as the reason for the house’s Grade-II listing. Hill didn’t end up living in the house until 1920, however: he lent his shipping expertise to the war effort, work for which he was subsequently recognised with a baronetcy. 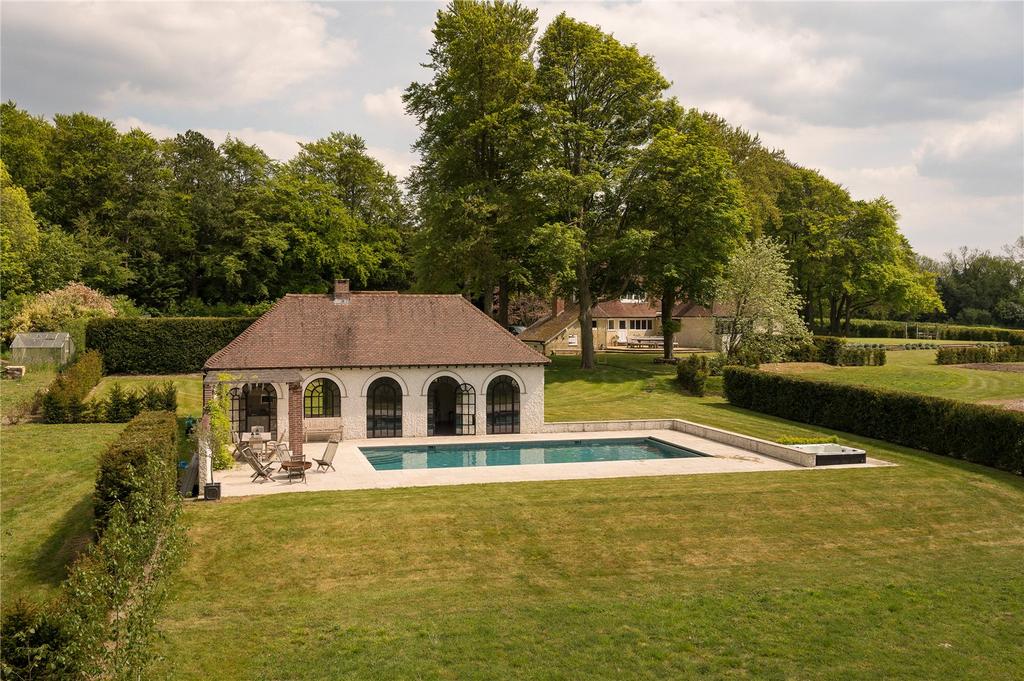 Still a rural idyll today — on the market through Strutt & Parker at £3.5m — the house’s three and a half acres include a pool and pool house, gate lodge and tennis court. 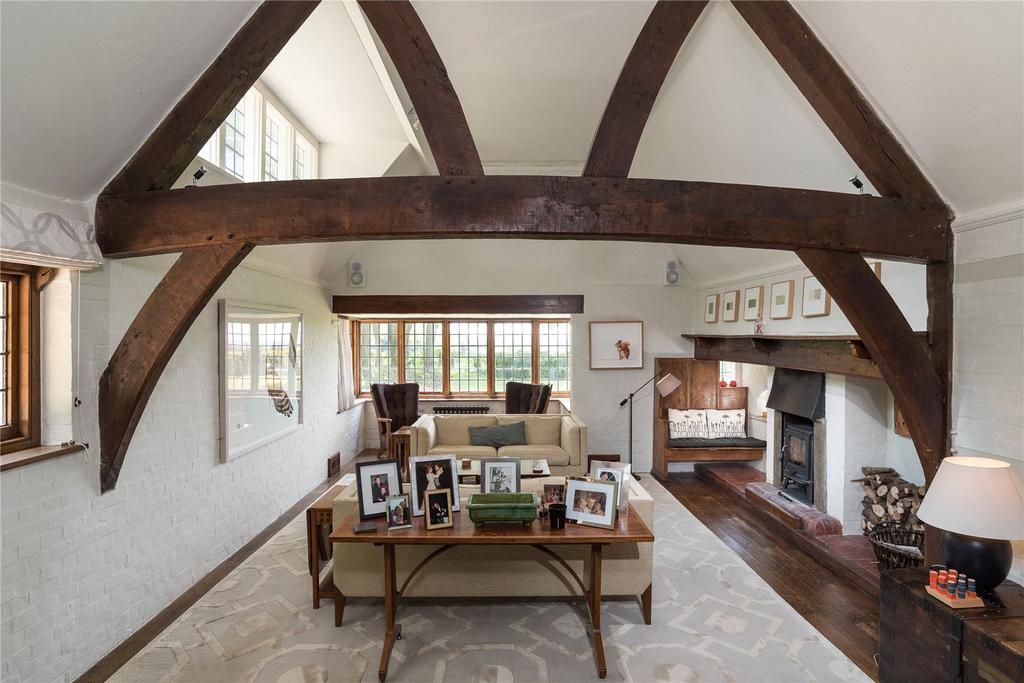 On a clear day from this elevated spot you can see as far as Salisbury — though the gardens themselves are so pretty, this is a beautiful spot to be regardless of the weather. 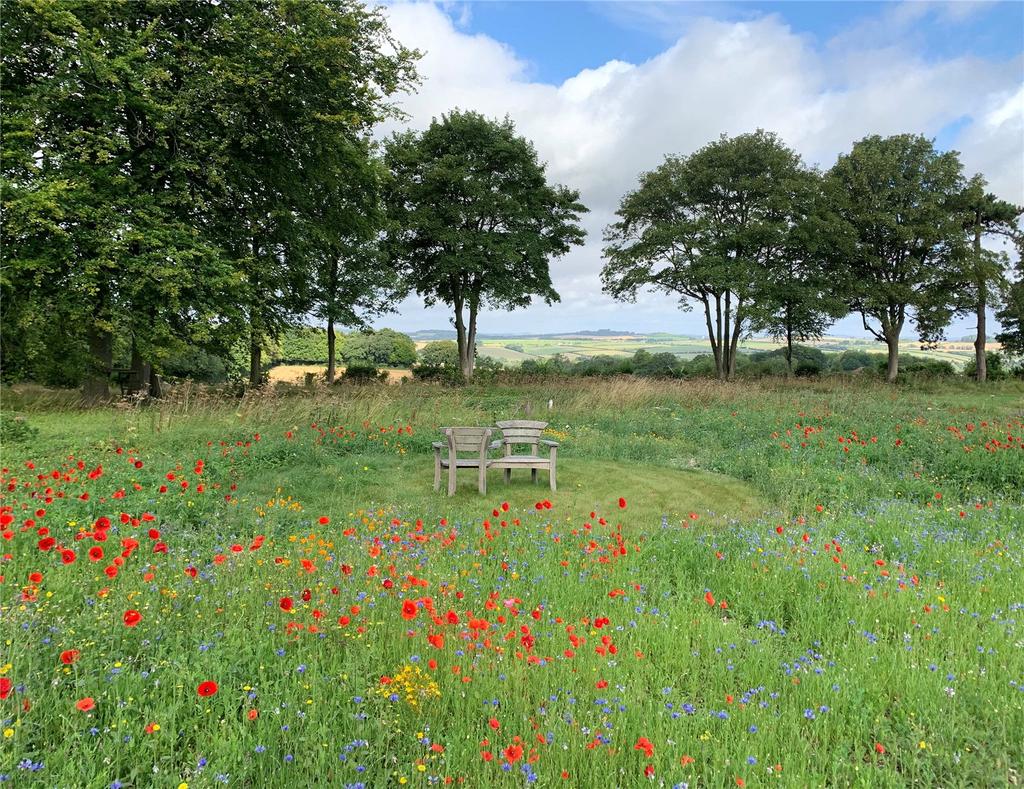 Inside, the house has been kept up extremely well but also very sympathetically to its original era, with original features retained throughout. 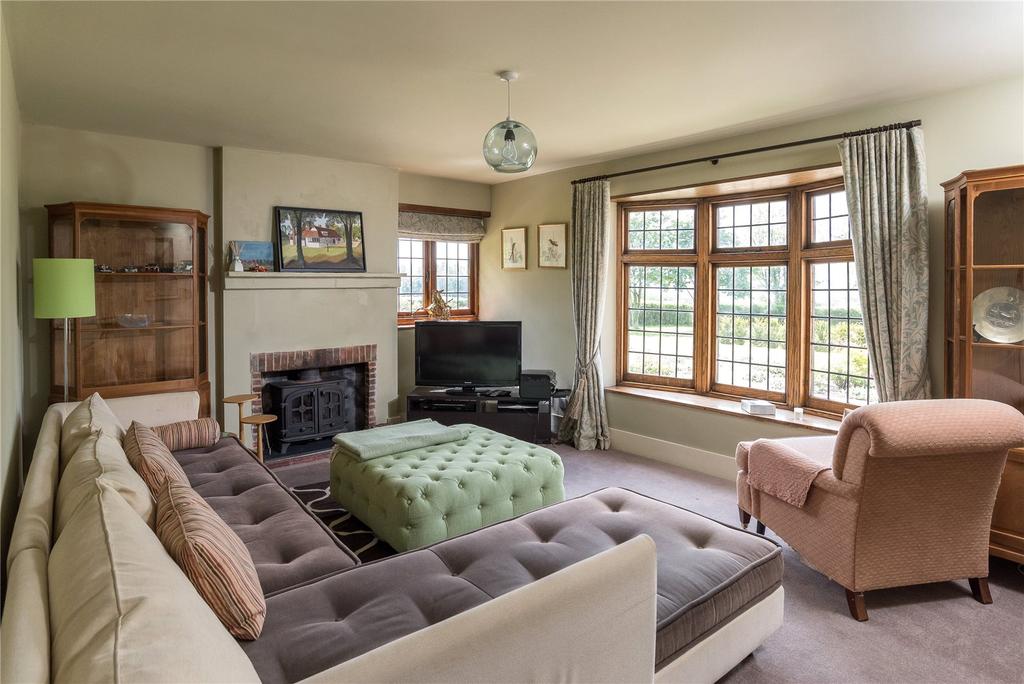 There are five reception rooms — including a boldly-red dining room and a study — while the large kitchen-breakfast room with walk in boot room and larder off to one side is exactly the sort of thing country house buyers will get excited about. 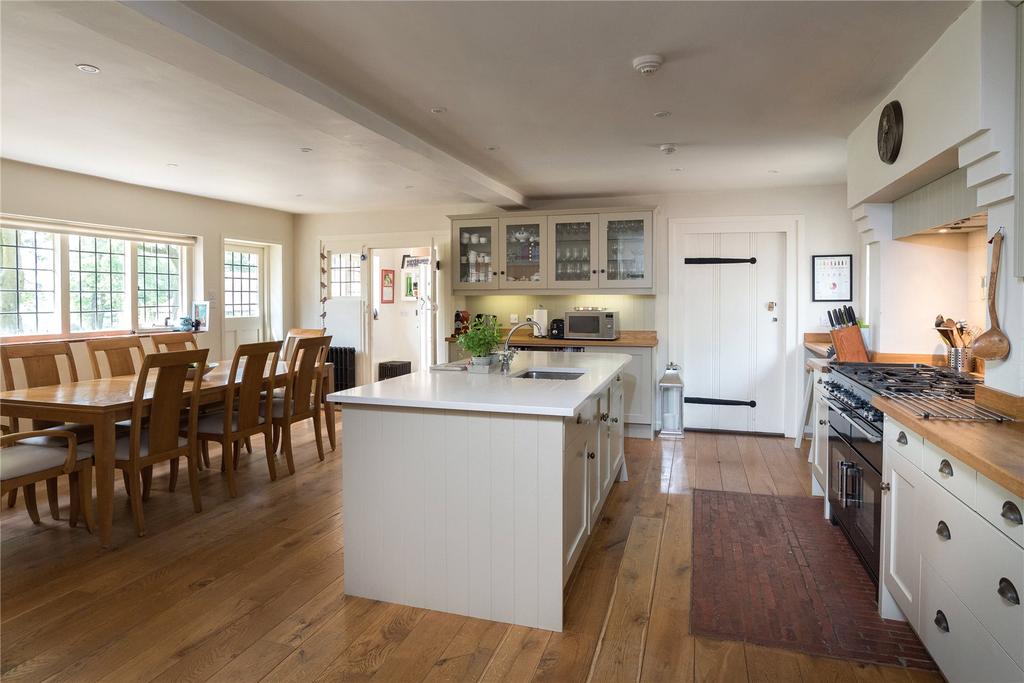 For all that this is a retreat, there is a clear sign that Sir Norman’s experiences weren’t left behind entirely when he came here. A Celtic motto is inscribed in one of the five bedrooms which speaks to life, death and what happens beyond:

Green Place is for sale via Strutt & Parker at £3.5m — see more details and pictures. 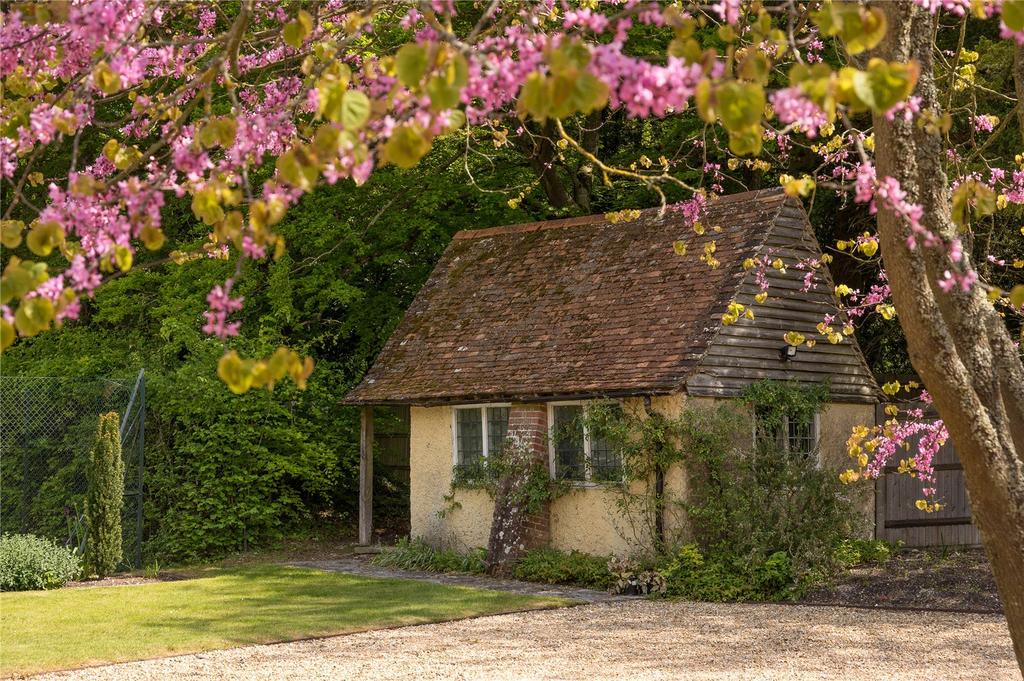 We spoke to experts to find out what you need to know about buying a picture-perfect weekend cottage.