Substantial estates in the county of Kent are rare, but a fine example in the High Weald AONB has come to market.

In the heavily wooded High Weald AONB farming has always been a marginal activity, with the majority of farms remaining small and rarely profitable. However, significant wealth was introduced by numerous prosperous urban dwellers moving to the Kent countryside, due to its accessibility from London and its unique form of land tenure, which enabled land to be easily negotiable. This migration was accelerated by the arrival of the railways in the Victorian period. 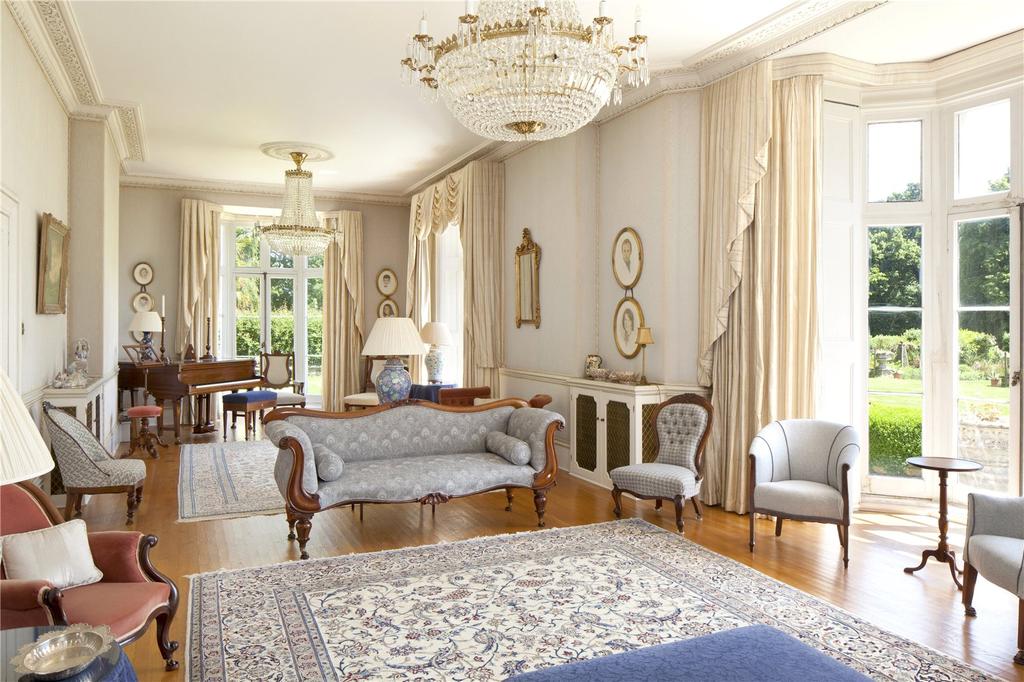 Such is the background of gracious, Grade II-listed Skeynes Park, near Edenbridge, 10 miles south-west of Sevenoaks, which is currently on the market with Savills, at a guide price of £2.975m. Described in its listing as a ‘small Gothic mansion possibly by Decimus Burton’, Skeynes Park was built in about 1840 and, in 1844, was sold to John Fielden, a cotton manufacturer from Todmorden in Lancashire, who, with William Cobbett of Rural Rides fame, was a staunch campaigner for workers’ rights and parliamentary reform. 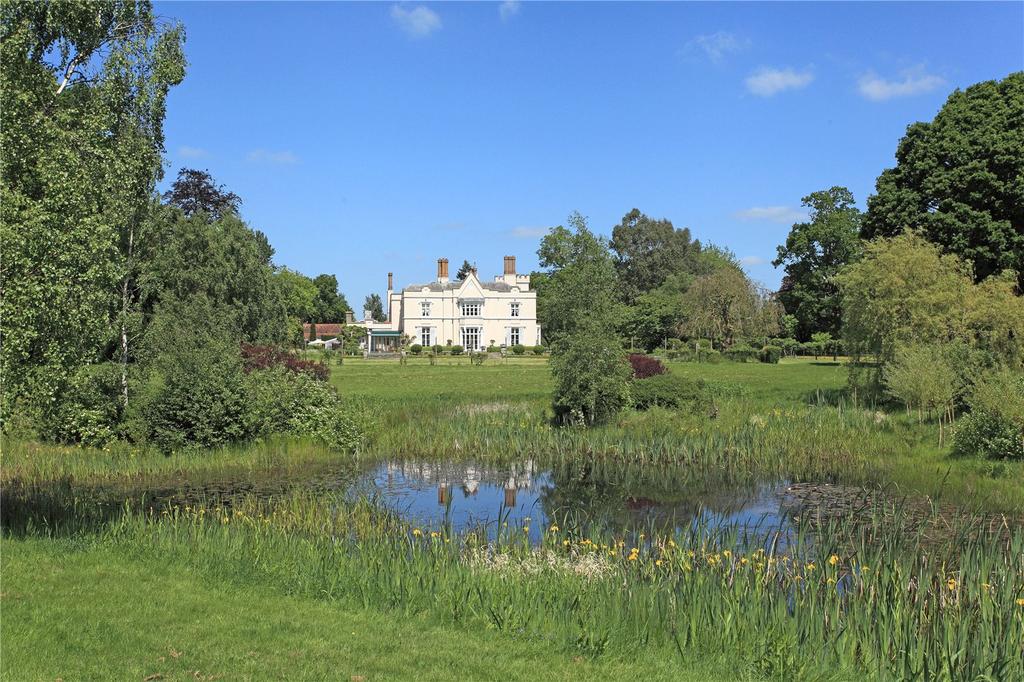 Cobbett’s son, John, a barrister and a Sussex JP, married Feilden’s daughter, Mary, and lived with his family at Skeynes from 1857 until his death 20 years later. Following Mary’s death in 1896, their children failed to find a buyer for the house and it was leased to a succession of distinguished tenants. Among them, from 1901, was the Hon Patrick Bowes-Lyon JP, the uncle of the Queen Mother, who visited him regularly when attending the races at nearby Lingfield. 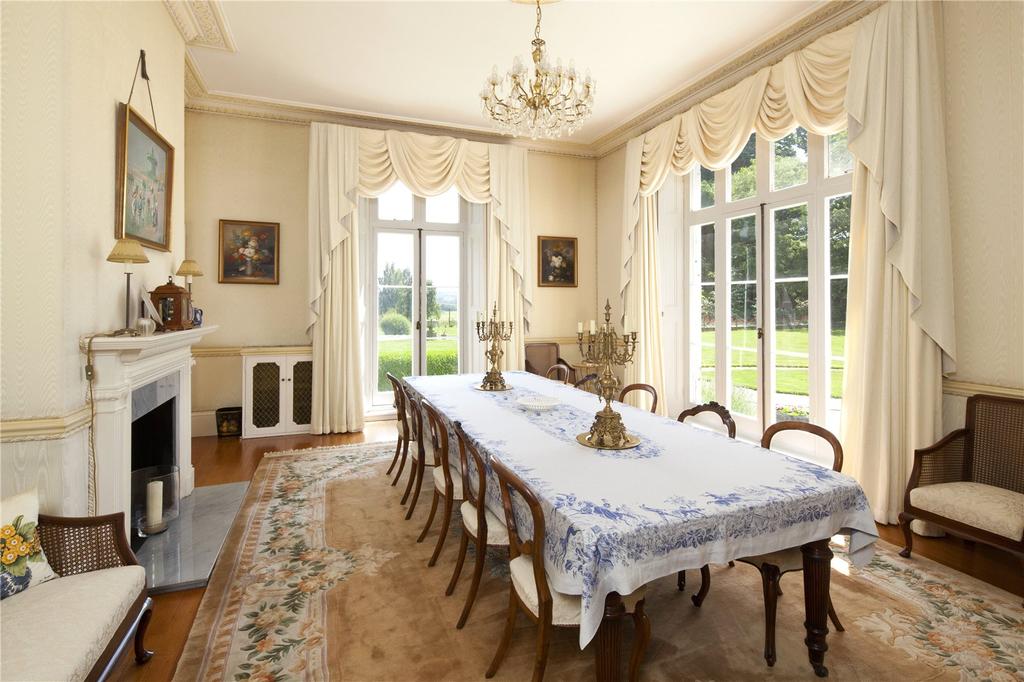 In October 1919, trustees sold the estate, with 65 acres, to Alfred Churches, who sold it on a year later to the Warmsley family.

In 1935, Ben Warmsley sold Skeynes farm to a local farmer, followed, in 1939, by the sale of the mansion and entrance lodge to Robert Lawson Johnstone from London for £3,900. From the outbreak of war until D-Day, the new owners lived in a small part of the house as the army occupied the rest of the building. 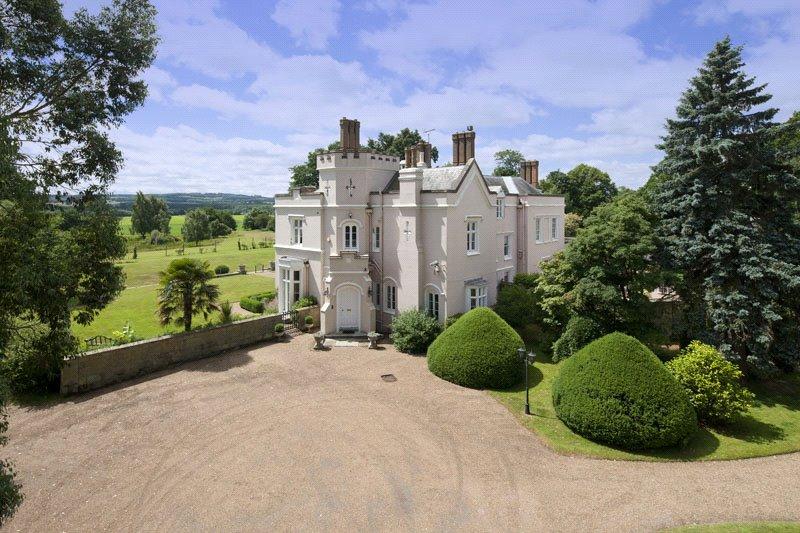 In 1974, the German-born Baron von Luttitz bought Skeynes Park, by which time the former coach house (now known as Stable Court) and the lodge had been sold off separately. In the course of the following seven years, the Baron and his wife significantly improved Skeynes Park and its gardens, building an indoor swimming pool, creating a small lake in the park, raising an earth bank along the Lingfield road to ensure privacy and reduce traffic noise, planting trees around the park and laying down a tennis court in the walled garden. 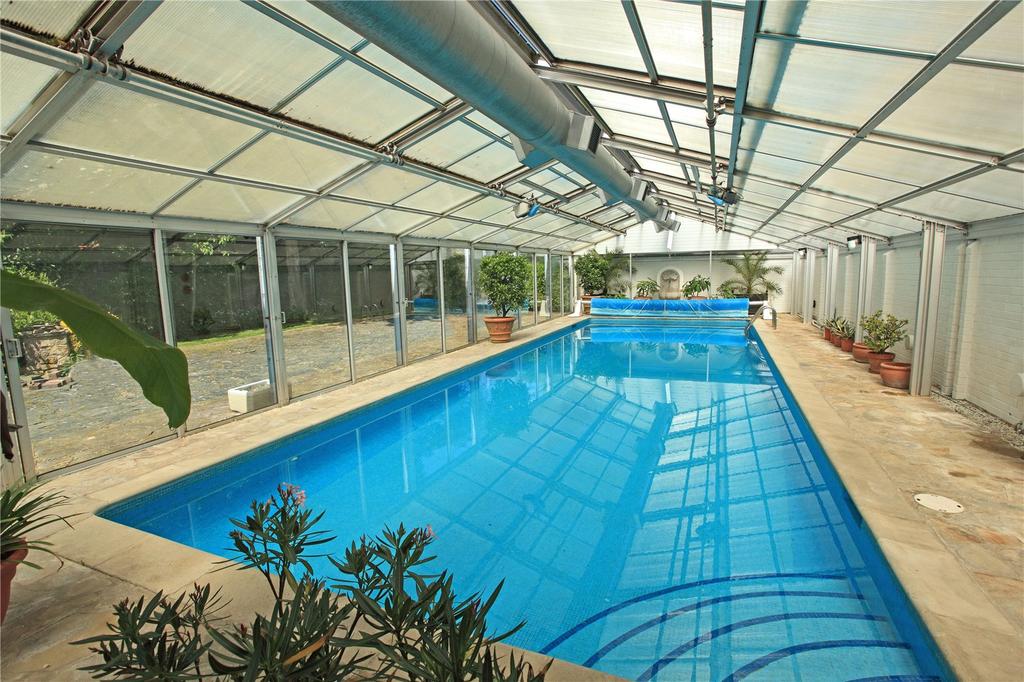 They reputedly spent more than £100,000 on renovating the interior of the house to the most exacting of standards.

Sadly, it was all to no avail. In the early 1980s, the von Luttitz marriage collapsed and, in 1982, the Baroness sold Skeynes Park and its 17½ acres of gardens and grounds to a buyer of Middle Eastern extraction. For the next several years, a team of builders worked on the house, gutting the interior, ripping out floorboards and old oak beams and pulling down listed chimneys. Throughout this period, the owner’s family would come down from London at weekends, when loud Arabic music could be heard blaring throughout the park. 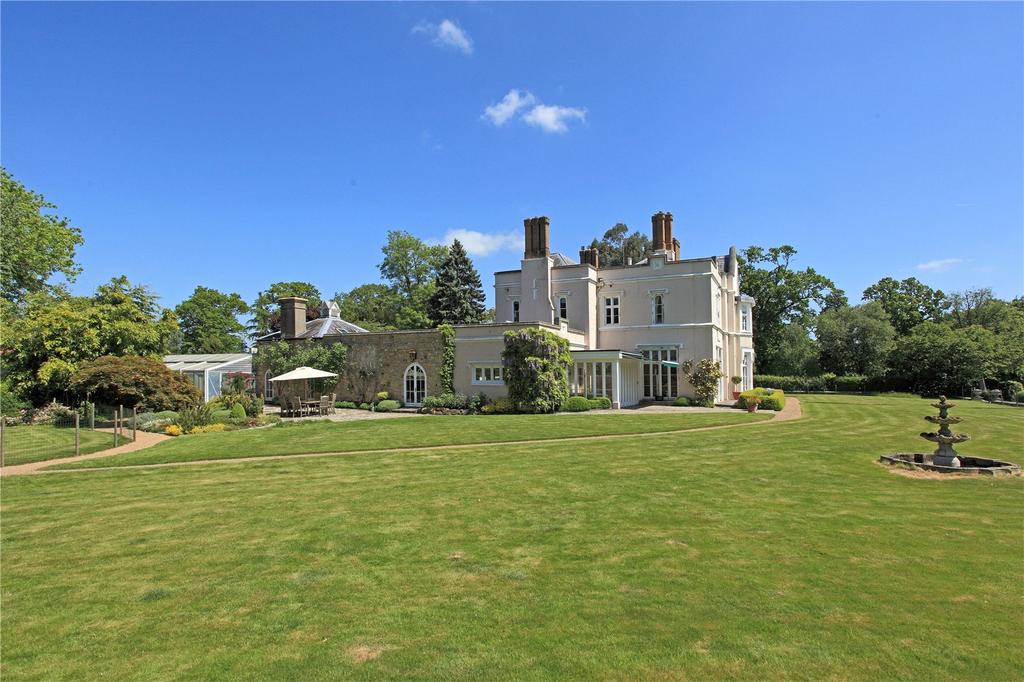 The final cost of the renovations was estimated at more than £500,000, but, in the end, the family decided not to move in and Skeynes Park was again put back on the market. Several quick-fire and acrimonious sales later, peace was finally restored when, in 1997, Skeynes Park was bought by Geoffrey and Cynthia Eclair-Heath, the current vendors. 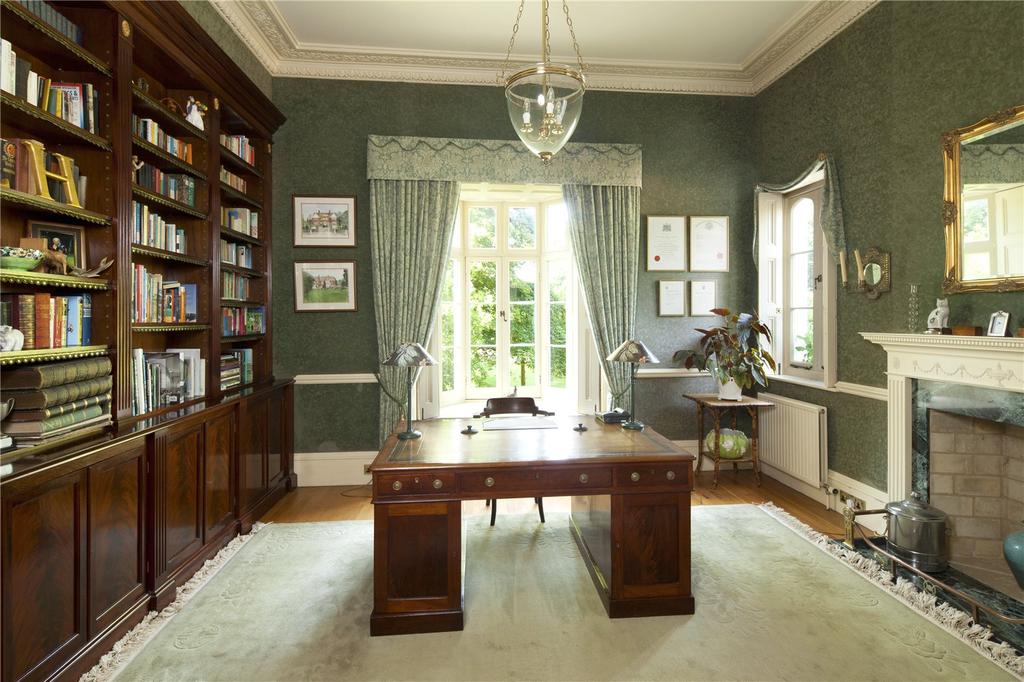 During their tenure, Mr and Mrs Eclair-Heath have restored and upgraded the 8,816sq ft house, which boasts accommodation on three floors, including an impressive entrance hall, four fine reception rooms, an orangery, master and guest suites, six further bedrooms and a family bathroom. The enchanting formal gardens and parkland have also been restored to their former splendour.

Skeynes Park is on the market with Savills at a guide price of £2.975 million. Click here for more information and pictures.