A company in Paris has produced a £15,000 coffee maker which is beautiful and functional in equal measure.

Anyone who remembers the 1980s will no doubt remember the craze for ‘executive toys’.

For anyone who doesn’t remember the 1980s? Well, these toys were gizmos and trinkets which were designed to sit on people’s desks and give them something to do while waiting for the internet to be invented.  The ‘Newton’s Cradle’ is probably the most famous of them.

Today, such distractions have fallen out of fashion as people instead procrastinate by looking on their phones at videos of kittens falling off tables.

But there is still something special about watching a clever or beautiful piece of engineering in action. And they don’t come much cleverer or more beautiful than the Royal Coffee Maker.

It’s a siphon coffee brewer, a design which dates back to the Austro-Hungarian empire in the mid-19th century. It’s a rather fun idea: the coffee and water sit in separate receptacles, with the water being piped through the coffee grounds as it heats up before being sucked back through and filtered into pure coffee. Several companies offer makers using the system – KitchenAid now make one, for example, while the internet is full of coffee geeks who have rigged up their own equipment.

Whatever they rig up has nothing on this creation by Maria Tindemans of the Royal Paris company, however. Tindemans has been making siphon coffee brewers since the 1990s, but has now teamed up with a French artist by the name of Jean-Luc Rietort to create her latest incarnation of these beautiful machines.

Hand-made in a choice of copper, silver, or gold, they are as pricey as they are aesthetically pleasing, with prices vary from £9,000 to £15,000 depending on what sort of materials you wish to be used. That price tag is more understandable when you think that each one is individually crafted, with only eight per month coming off the production line. 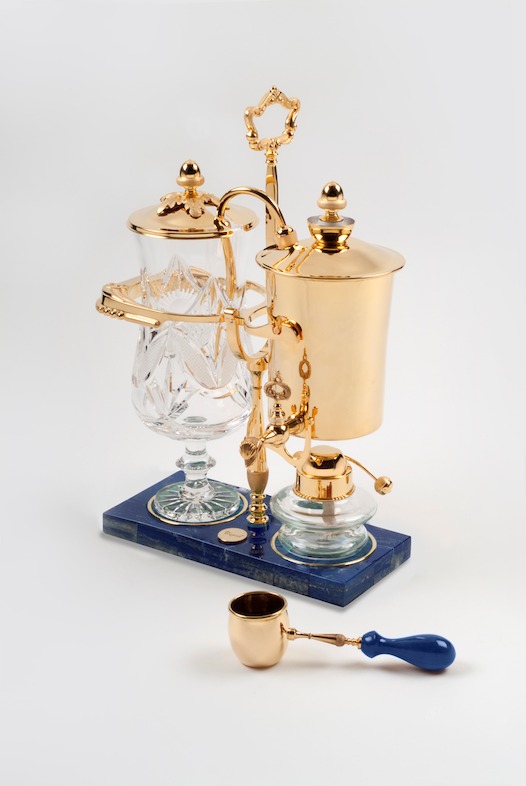 As for how the coffee itself tastes? Unsurprisingly, the makers claim that it’s perfect: “It’s coffee for kings. Brewed at the perfect temperature with no artificial filters, and no place for the aromatic oils to escape, the resulting brew is crystal clear with unrivalled aroma and flavour.”

You’d hope that would be true, given the cost, but to worry about that side of things is to miss the point. This is a thing of beauty in its own right. Just as people spend thousands on Swiss watches which keep the time no better than a £10 Casio digital watch, we imagine there will be many who love the idea of this coffee maker purely for its own wonderful ingenuity.

And on top of that, it’ll look a lot better on your desk than a Newton’s Cradle. 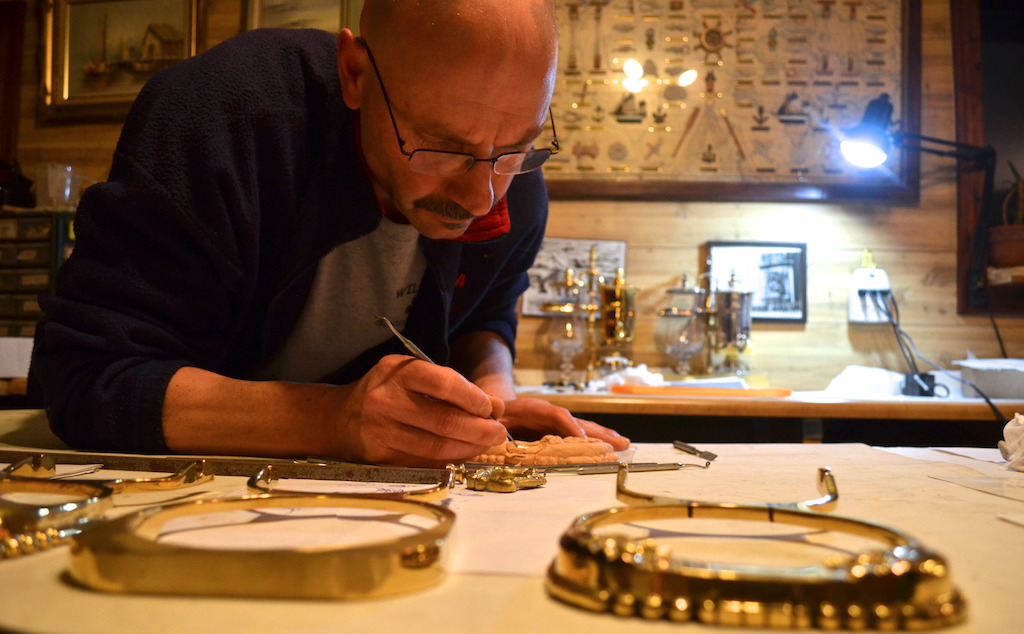