1984: The Princes of Wales at the Gala performance of Andrew Lloyd Webber and Richard Stilgoe's musical 'Starlight Express'

Diana, Princess of Wales, died tragically in a car crash in Paris twenty years ago on 31 August, 1997. We've collected 20 of our favourite pictures of her, in memory and tribute.

Family album picture of Lady Diana Spencer with Souffle, a Shetland pony, at her mother’s home in Scotland during the summer of 1974. (©PA)

Family album picture of Lady Diana Spencer at Itchenor, West Sussex during the summer of 1970. (©PA)

November 15, 1980: A 19 year old Lady Diana Spencer, as she was then known, arrives back at her flat (© Keystone Pictures USA USA/ZUMAPRESS.com)

August 1981: The Prince and Princess of Wales in Balmoral. (©PA)

Lady Diana Spencer’s look of astonishment as she stalls her car – a new Mini Metro – outside her Earl’s Court flat when leaving for her job as a nursery teacher in Pimlico. (©PA)

July 1981: The Prince and Princess of Wales pictured in the Throne Room at Buckingham Palace after their wedding (©Country Life) 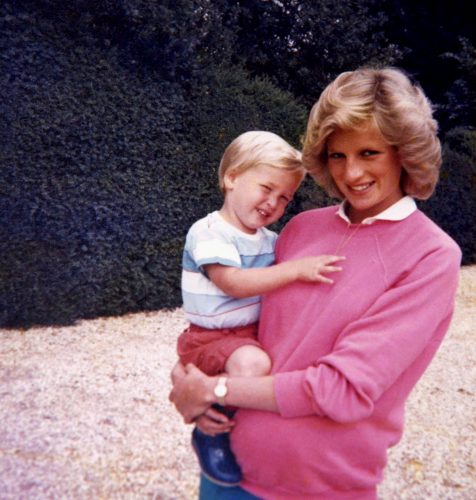 Photograph released by Kensington Palace from the personal photo album of the late Diana, Princess of Wales, shows the princess holding Prince William whilst pregnant with Prince Harry

1984: The Princes of Wales at the Gala performance of Andrew Lloyd Webber and Richard Stilgoe’s musical ‘Starlight Express’

July 1993: Children wait in line as Diana, Princes of Wales lends a hand to serve the food at the Child Feeding Scheme at Nemazuva Primary School in Zimbabwe. (©PA)

January 1997: Diana, Princess of Wales, touring a minefield in body armour during her visit to Angola. (©PA)

Rosie Paterson selects a Frontispiece from each decade. Photographs from the Country Life Picture Library.

Over the years Country Life magazine has featured the Queen in many frontispieces, from early childhood up to the present

Our famous Frontispiece – aka the 'girls in pearls' page – hasn't always featured pearls.