In today's round up, we bring you the house where JRR Tolkien wrote The Hobbit, the offer of a reward for missing Elizabethan documents and praise for England's 'timeless treasures'.

Our beautiful beaches, quaint villages and rolling countryside, won out over Brexit uncertainty, with Lonely Planet citing England’s ‘timeless treasures’ in its Best in Travel 2020 book.

Bhutan in the Himalayas took the top spot, and North Macedonia in the Balkan Peninsula stood in third.

The entry for England states: ‘Brexit uncertainties have dominated the headlines in recent years but one constant amid all the confusion has been the timeless treasures that England is famous for: the historic castles and cathedrals, the quaint villages and rolling countryside, and of course, the seaside.

‘Taking a bracing walk on a windswept pier, eating delicious fish and chips, searching for marine life in rock pools, finding fossils in ancient cliffs, building sandcastles and dolphin-spotting on picturesque beaches are just some of the activities offered by the English seaside.’

Held on October 19, Durham Cathedral’s first-ever stone auction, which featured 85 lots taken from the World Heritage Site’s central tower during recent renovation work, raised more than £62,000, which was then matched pound for pound by the National Lottery Heritage Fund. One lot alone fetched a massive £4,200.

The money will go towards creating a £10 million endowment fund to cover any future maintenance and repair work, as well as help train masons, joiners and embroiderers to ensure the traditional skills that made the Cathedral great are not lost.

Reward on offer for news of missing Elizabethan documents

Desperate to find a series of missing Elizabethan manuscripts, a group of academics are offering a £1000 reward to anyone that can lead them to the precious collection. The Philology Fellowship has been trying to track down the so-called MSs Flemingii manuscripts for years to no avail. The documents were once owned by a pamphlet writer, the Rev. Abraham Fleming, who may have bequeathed them to his brother Samuel, a Leicestershire rector, when he died in the early 17th century. Later, they were mentioned by another local rector, Francis Peck, who died in 1743 — and they haven’t been seen or heard of since then.

‘This collection has never been seen by modern historians and may contain fascinating information,’ a spokesman for the Fellowship told Leicestershire Live. ‘We believe readers may be aware of old personal libraries or manuscript collections and so we would like them to look into these and check for this collection.This reward is offered to anyone who can lead us to the manuscript collection which we can read and verify as MSs Flemingii.’

Drying peatlands could turn into a massive source of carbon, say scientists

According to an international study, peatlands across the UK and Europe have been drying out and this could spell disaster for the planet. Of the 31 sites they surveyed, nearly half are the driest they have been for a millennium, with British and Irish ones among the most degraded.

The risk, researchers explain, is that the bogs, which until now have been some of the world’s most important carbon sinks, may start releasing emissions into the atmosphere, worsening climate change.

On October 23, 1707, the Parliament of Great Britain convened for the very first time. Although there had long been Parliaments in both England and Scotland, the new institution came into being as a result of the Treaty of Union between the two countries.

In fact, only the Scottish contingent (16 peers and 45 commoners) was freshly appointed to Westminster (by the Scottish Parliament). The existing members of the English House of Commons, who had been elected in 1705, remained in place and seamlessly became members of the new Parliament of Great Britain. John Smith, the Whig MP for Andover, was picked as the first Speaker.

Yours for £4.575 million: the house where JRR Tolkien wrote The Hobbit

The Oxford property where JRR Tolkien and his family lived for 17 years has come onto the market. The Pembroke College don moved to 20 Northmoor Road, in Central North Oxford, in 1930 and it’s there that he penned The Hobbit and much of The Lord of the Rings. 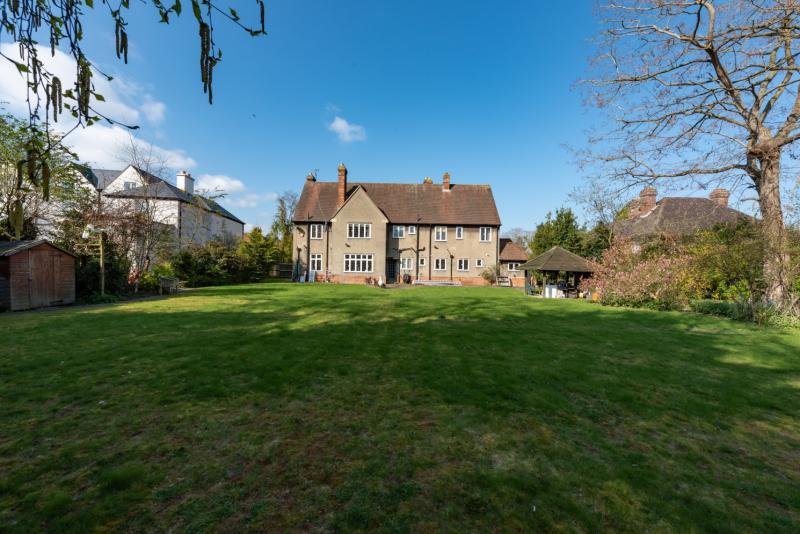 Today, the Grade II-listed house remains much the same as it was when Tolkien lived there, from the large drawing room that he used as a study to details of the doors and windows. A blue plaque commemorates its most famous resident.

A giant anti-Brexit message has been ploughed into a Wiltshire farmer’s field stating ‘Britain now wants to remain’.

The move coincided with Saturday’s People’s Vote march, as well as crucial votes in parliament on the Brexit deal.