Our morning news round-up looks at new evidence suggesting wolves would help farmers more than they'd hurt them; heeds a warning about the unintended consequences of meddling with nature; wonders what happened to Scotland's tea entrepreneur; and enjoys a guilt-free ice cream.

How wolves could prove to be the farmer’s friend

The debate on reintroducing wolves to Scotland brings in a new piece of evidence this morning – this time from Spain, where research suggests that wolves help control animal diseases, and in particular TB. Researchers at Heriot Watt University have been studying wolves in northern Spain and concluded that by preying on carrier species such as badgers and wild boar, the spread of TB in cattle would be checked. ‘Paradoxically, our research has found that wolves may not be a hindrance to farmers but, in fact, a benefit,’ says Christian Gortazar, a co-author of the study, in an interview with The Times. With bovine TB arguably the greatest threat to cattle farming in Britain, this idea bears scrutiny at the very least.

Yet in the same paper, an opinion piece warns about the dangers of tampering with the natural balance. Magnus Linklater discusses the ups and downs of the ‘grouse battle of Langholm Moor’. The Duke of Buccleuch, the RSPB and the local authorities have spent three decades using Langholm as a testing ground to try and help the threatened hen harrier. For every up there has been a down, for every bright idea an unintended consequence, for every ray of sunshine a stormcloud gathering. It’s a fascinating – though rather depressing – cautionary tale.

Now Mr Whippy has been sorted out, we can get on with the rest of the climate crisis

Given that milk floats have been electric for generations, you’d have thought that ice cream vans would have been quicker off the mark at going electric. But better late than never: it seems that the ice cream maker itself – always diesel powered until now – is about to go electric, allowing the rest of the van to follow.

‘Whitby Morrison, which makes about 80% of all ice-cream vans in the UK, will begin testing a battery-powered ice-cream maker,’ reports the Guardian. ‘If all goes to plan the first all-electric ice-cream vans will be in use by the end of the summer. 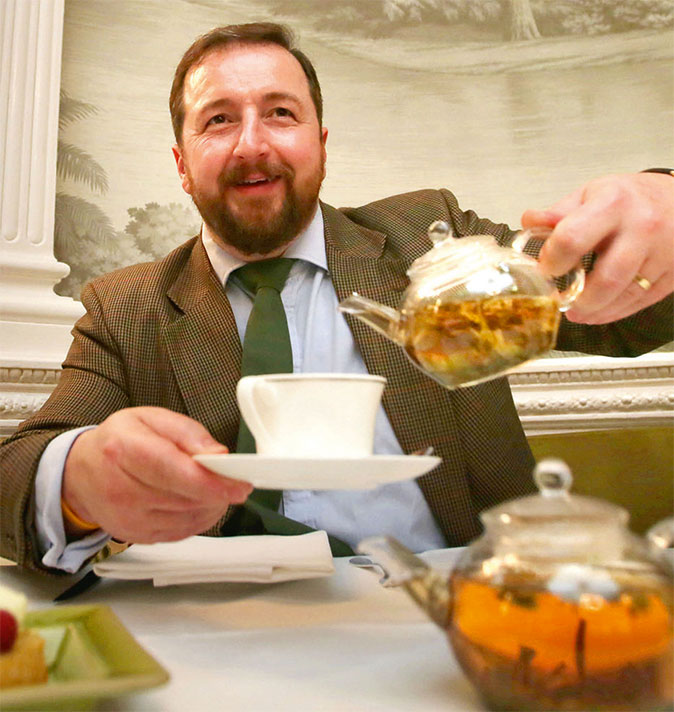 A couple of years ago, Country Life reported on the work being done by Tam O’Braan to produce tea in Scotland – and his plans to turn huge swathes of the countryside into tea-producing land. If it all sounded a bit unlikely, perhaps we should have listened to our hunch a little more closely as according to a report in The Times, Mr O’Braan  has disappeared with all sorts of questions being asked. Did he really earn his awards? How did he make so much tea with the facilities he had? And was all the tea he sold even made in Scotland in the first place?

The difference that sending your child to private school makes to their exam grades. The Daily Telegraph’s joyfully inflammatory opening to their piece states that: ‘Sending children to private schools like Eton is a waste of time,’ but such flippancy aside there is an interesting point here, made by Robert Plomin, Professor of Behavioural Genetics at King’s College London, while speaking at the Hay Festival.

Prof Plomin’s team have spent ten years studying the differences in grades and have found that genetics have a huge impact on grades, while schooling has none once you take into account private schools’ selection policies. ‘It’s a self-fulfilling prophecy,’ he continues. ‘If you select the very best kids academically, yes they go on and do well. But have you added value? The answer is no.’