Once upon a time in the Buckinghamshire village of Turville, a little girl went to sleep. Nothing new there — except that she didn’t wake up for nine years. Michael Montagu tells the tale of the Sleeping Girl of Turville.

Turvillein Buckinghamshire is the stereotypically pretty English village, appearing as Dibley in The Vicar of Dibley, as well as Foyle’s War, the ‘Miss Marple’ films (as St Mary Mead), Midsomer Murders and other television programmes needing an attractive background for dark deeds. Nearby Cobstone Windmill was home to Caractacus Potts and his family in the film Chitty Chitty Bang Bang.

First mentioned in 796, nothing of note happened in Turville until 1871, when Ellen Sadler fell asleep. This may not sound like something of record, other than the fact that she apparently didn’t wake up for nine years. The story spread through national and international newspapers, leading to visits by medical professionals, the ‘plain curious’ and, allegedly, even a member of the Royal Family.

Born on May 15, 1859, the youngest of 11 children, Sadler was sent to work as a nursemaid in Marlow, Buckinghamshire, aged 11. She soon became unnaturally drowsy and lost her job. A doctor found that, for about 13 weeks, she had suffered from glandular swellings or an abscess at the back of her head. The symptoms suggested a spinal disease.

The girl spent 18 weeks in Reading hospital, before being sent home as incurable. Two days later, on March 17, 1871, she suffered seizures. Her mother told Dr Henry Hayman that, afterwards, Sadler turned over ‘on her left side, with her hand under her head, and the lower extremities drawn upwards’ — and fell asleep. Dr Hayman visited her for several years, later stating that he ‘never found her otherwise’.

Sadler’s life as a tourist attraction began. An admission charge yielded a substantial income of up to £2 a week and, for a further fee, a lock of her hair could be bought. She became part of local folklore. Albert Edward, Prince of Wales, is said to have visited and laid hands on her, as earlier monarchs had to cure scrofula, known as The King’s Evil.

A Bucks Free Press journalist reported: ‘Her breathing was regular and natural, the skin soft and the body warm, as in a healthy subject; the pulse rather fast. The hands were small and thin, but the fingers quite flexible; the body somewhat emaciated, the feet and legs like those of a dead child, almost ice cold… her eyes and cheeks were sunken, and the appearance was that of death… but although there was no colour on her cheeks, the paleness was not the heavy hue that betokens death.’

By March 1873, Sadler was said to be starving. Initially, she was fed on milk, tea and Port thrice daily, but, after 15 months, her jaw locked closed when being fed arrowroot. Thereafter, Dr Hayman said she was fed ‘wine, gruel and other things’ via the spout of a toy teapot, inserted between two broken teeth.

Bodily waste was mentioned but once, in 1880. Dr Hayman wrote that the girl’s mother told him there had been no bowel movements for five years, but, every four days, ‘a somewhat large amount would pass from the bladder’.

Sceptics suspected money-making trickery. Doctors were allowed short visits, but were not allowed to touch her, in case they tested her with pins. Her mother would not allow re-admission to hospital and neighbours said they had seen the girl in a window at night. She is not listed as an invalid on the 1871 census.

Dr Hayman averred ‘every effort had been made to discover the deception, if any, but without effect’. Although the family accepted donations, the law declared no crime had been committed because they never asked for money. A Daily Telegraph journalist opined: ‘I have no medical knowledge and am unqualified to give an opinion beyond what is justified by close observation of the ordinary kind. I went to Turville prepared to find an imposture. I have returned — puzzled.’ 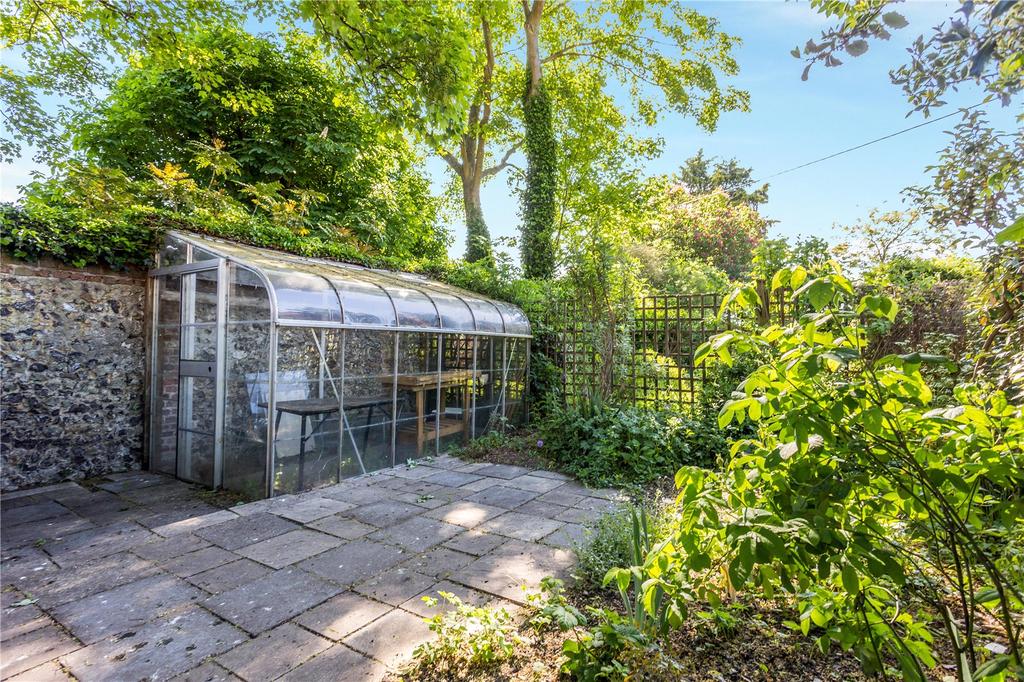 Sadler’s mother died in May 1880 and, five months later, she awoke. By November, she was ‘fully recovered’. Aged 21, she had no memory of the preceding nine years; the only effects on her health were a ‘weak eye’ and slightly stunted growth. She married Mark Blackall in 1886, producing six children, and died some time after 1911. There is no official record of her death, just as there is no proof that her sleep was a hoax or of what caused it.

The home of ‘the Sleeping Girl of Turville’, now called Sleepy Cottage, was put on the market in 2020, at £795,000. If you visited, you may have recognised it — either as the home of Tom in the 1998 film Goodnight Mister Tom or, externally, as that of the Revd Geraldine Granger, the Vicar of Dibley.