The smugness and often staggering insensitivity of the Christmas round-robin letter is enough to drive one to drink, but Kit Hesketh-Harvey says their awfulness adds to festive amusement.

Christmas is coming and the robin’s getting fat. Not, alas, the cheery little fellow on the Christmas card, but the newsletter contained therein. Brace yourselves for seasonal blizzards, not of snow, but of round-robin letters.

Self-deluding? Boastful? Solipsistic? Prolix? Or, if one is lucky, containing tidings of — quite unintentional — comic joy? It was bad enough receiving cards personalised with a photograph of the sender’s family wearing identical snowflake jumpers and grinning like Tony Blair in front of the new country house/yacht/chalet/Fourth Of June picnic, but there was at least fun to be had in deciding which of their teenagers bore the most telling expression of quiet desperation.

It’s worse now. Unless you’re alert enough to shake the card out directly over the recycling bin (much as one does in order to rid the Sunday papers of junk), you are as likely as not to be engulfed in an avalanche of unwanted, unintelligible information.

One woman of my acquaintance opened a card that shrieked ‘Have The Best Christmas Ever’. Inside, a chirrupy report crowed over a dizzyingly successful twelvemonth: the holiday in Bali, the selfless charity work, the sun-drenched golden-wedding anniversary celebration.

Its author concluded with the hope that her recipient had had just as lovely a year. The recipient had been widowed a month previously. And the sender had attended the funeral.

I blame the Kardashians. To them, and to Robin, I would say: just don’t. Nobody cares that your child is on its gap year in Vietnam (everybody’s child is on its gap year in Vietnam). And who are all these people name-checked so blithely? ‘Dave and Frances spent a weekend in Droitwich and, luckily, Angus was on hand to give Frances a lift in his new Audi back to Littlehampton to see the boys.’ What boys? How fascinating is an Audi? Where is a kitchen knife in order that I might open my veins?

Robin, you risk a deadly response. Lynn Truss presented a radio series of possible comebacks for the exasperated. Reply, she suggested, along the following lines: ‘Fortunately, the people who bought my burned-out flat from the receivers have been very kind about forwarding the occasional post to my B&B. Hearing your happy news about your wonderful family with its wonderful successes once a year is just about the only thing keeping me going! But that’s why you send them, isn’t it?

‘Bless you. I feel I know you all so intimately, thanks to your lifeline newsletters—even though we last actually saw each other 20 years ago and (let’s be honest) hardly knew each other, even then! PS: Please excuse the damp patches on this letter. They are only the marks of my tears.’

“A chirrupy report crowed over a dizzyingly successful twelvemonth: the holiday in Bali, the selfless charity work, the sun-drenched golden-wedding anniversary celebration. Its author concluded with the hope that her recipient had had just as lovely a year. The recipient had been widowed a month previously. And the sender had attended the funeral.”

Should the writer not take the hint and desist, Miss Truss suggests a sterner line. ‘As a former inspector at the Inland Revenue, I noticed that, under the heading “June”, you admit to a “windfall” from a “mad aunt” and make several unwise admissions concerning your decision not to declare it, but to spend it all on a new kitchen. I am bound to inform you that I have forwarded it to the relevant authorities.’

We are all busy people. Should you ask a fellow human being to spend time in private communication, then that communication should be meaningful and relevant. One-size-fits-all-and-press-send is simply bad manners. On the assumption that not all Country Life readers will be acquainted with The Guardian, I respectfully draw your attention to the great Simon Hoggart’s collection of Christmas letters, sent gleefully in to that newspaper.

How can one fail to rejoice in the smugness of, for example: ‘We had a fleeting, but memorable breakfast at Heathrow as Isobel flew out and Holly flew in. Memorable because we had with us Holly’s GCSE results: five As and five A*s. Celebrating at Heathrow is not our usual style, but we managed pretty well!’

He skewers, too, the trivial banality of their content. ‘Mr Snugglekins, our cat, has kept us on our toes. He has learned how to open the door of our new large fridge.’ 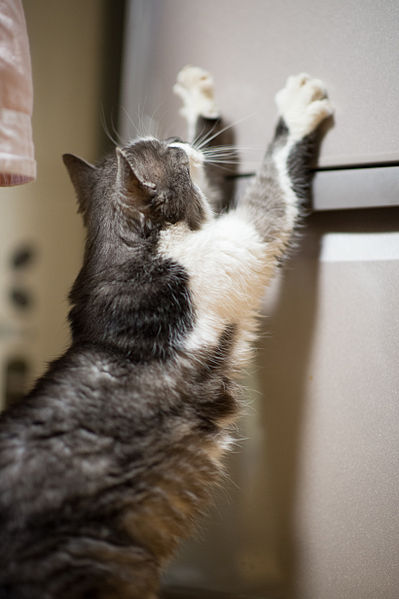 Is there any upside to these missives? Their relentlessly chipper tone does remind us that we are a nation of stiff-uppers. ‘After a long illness, which she bore with little complaint, Mum died in November. We are now proud owners of a drop-leaf dining table. Any offers?’

And one is forced to applaud the manner in which family archivists manage to keep track. They slipped a disc back in February. I’m pushed to remember what I was doing last Tuesday.

Oh, heck. Goodwill to all men, I suppose, even Robin. He’s worried, after all. Circulation is falling relentlessly. Too many of his correspondents seem to have moved house and failed to leave a forwarding address. However we may resent being made to waste attention upon pet funerals, Duke of Edinburgh awards or meteorological conditions in Dumfries, perhaps we really would miss these letters?

Lord knows who Jimbo and Trunch might be or how life-changing it was for them to swim with turtles on their honeymoon, but, without them, what would we do for conversation with the grimmer relations when they pitch up on Christmas Eve? We would have to go back to giggling at Which Is The Naffest Christmas Card?

And in the end, and in fairness, the whole sheaf of drivel is no more tedious or vainglorious than Facebook.