London's Black Cabs have been a feature of the city for dozens of generations, but now appear to be in danger of extinction. Nick Hammond investigates.

The Hackney Carriage has been synonymous with London since the days of horse-drawn hansoms and the swirling pea-souper, but Nick Hammond discovers that today’s chirpy cabbie, who has an opinion on everything, is under pressure as never before.

A shining black steed on a wintry day, a respite from a rain shower, a haven on a dark night and an instantly recognisable icon, the licensed Hackney Carriage has always been more than just a ride around town. However, with increased travel options and the steady rise of services such as Uber, for the first time in centuries, our black cabbies are being pushed aside.

‘It isn’t what is used to be,’ says Graham Woodhouse, to much guffawing in a steam-fugged cab shelter in Kensington. ‘You used to be able to make a good living by working reasonable hours,’ he continues, unabashed. ‘Nowadays, unless you diversify, you need to work all the hours God sends to keep your head above water. Young people are becoming less and less inclined to bother — and that’s not good for the future.’

Graham’s been a cabbie for best part of 25 years and he’s also a member of the Worshipful Company of Hackney Carriage Drivers, which was granted its first charter by Oliver Cromwell, no less. It was granted a Royal Charter in 2013. 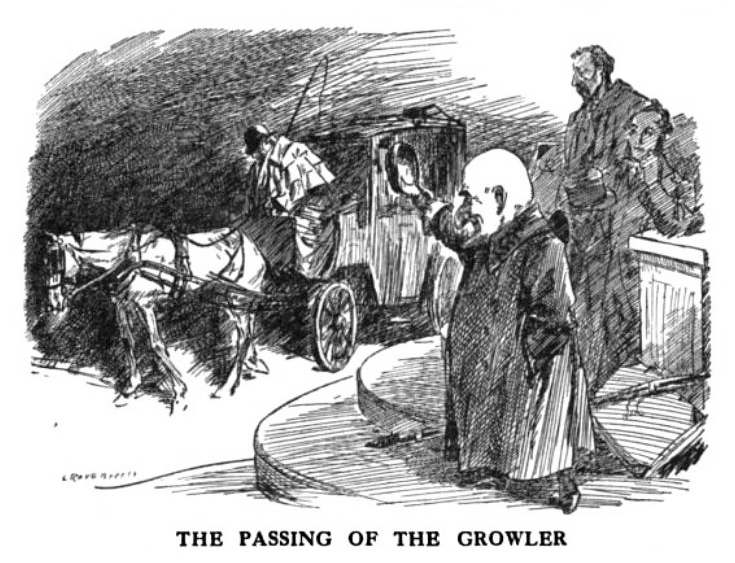 We agree to meet in one of a handful of remaining official cab shelters in the capital and scurry from the pouring rain into the sanctuary of the little shed. You may have spotted these little green wooden shacks dotted around London, but they can only be entered by licensed Hackney Carriage drivers (mere mortals must make do with a takeaway from a side window). Only half a dozen or so drivers at a time can squeeze in here for a 20-minute pit stop and chinwag.

The Kensington shelter is run by Bill and Hazel, who serve warmth and camaraderie with industrial quantities of tea, cheese on toast, bacon rolls and banter. ‘We’d be lying if we said apps such as Uber hadn’t made our lives harder,’ pipes up Dave Cannell, another longstanding cabbie who joins us.

‘If it’s cheaper, people think it’s better. But I’d ask them to stop and think. Is your driver fully insured? Properly licensed? Up to date with criminal records checks?

‘And does he or she actually know where they’re going? We don’t need a postcode of your destination — just a street name.’

The awe-inspiring Knowledge — which Hackney Carriage drivers have to pass — is akin to having the contents of a satnav uploaded to your brain. Every passable thoroughfare and rat-run within a six-mile radius of Charing Cross — about 320 basic routes, 25,000 streets and 20,000 landmarks — must be committed to memory.

A Road map of London with sat nav

It can take between three and five years to pass in an excruciating series of tests. And you’re not paid to do it. ‘People don’t fail the Knowledge,’ Dave says with a smile. ‘They give up.’

Over weeks and months, examiners test drivers on their immediately recall of specific routes. The driver must know the quickest and safest, calling out street names as he or she goes and taking into account any current roadworks and restrictions. They use the Blue Book, a handbook for budding cabbies, and many practise the routes over and over on a moped.

Tests have repeatedly shown that a black-cab driver will get you to your destination faster than other options available — they can use bus lanes, remember — but, in 2015, the Greater London Authority Conservatives decried the Knowledge as being ‘archaic’ and a barrier to recruitment.

Next time, before you reach for an app, consider this: Hackney Carriage drivers are insured up to their eyeballs and have statutory six-monthly health checks and regular MOTs, the costs for which come out of their own pocket. They’re also checked against the criminal-records database, most are self-employed and invest £40,000 or more in their cabs and, if they want to join a cab-hire ‘ring’ or gain access to a black cab app such as Hailo, they will pay again.

They cope with warring couples, drunks and ill people but, perhaps most importantly of all, Hackney Carriage drivers give back.‘It’s not well known, but we do a lot for charity,’ says Graham, warming to his theme with a slice of cheese on toast.

‘Each year, 100 or so cabs pick up terminally ill children and their families and drive them to Disneyland Paris. It’s a magical trip and I wouldn’t miss it for the world.’ The other drivers in the shelter nod in agreement.

Cabbies also ferry war veterans to and from the Cenotaph on Remembrance Sunday and take them to Normandy and beyond for commemorations and events. Once again, they charge nothing for their time and their fuel.

‘People don’t hear about that side of things,’ sighs one of the older drivers with a final slurp of tea. ‘They just hear us moaning about Uber and think we should shut up and get on with it.’

Hackney Carriages come under the jurisdiction of Transport for London. Every one of the cabbies I met believes they’re undervalued. Where once we hailed them with a whistle and a raised arm, we now do so from a mobile phone. We don’t tip them anymore, preferring to use our contactless payment card, for which the driver has to pay extra. We’re no longer interested in the history around us, which the good Hackney Carriage driver will know. Instead, we bury ourselves in our iPhones for the duration of the journey before scurrying off to our next important engagement.

‘You get to know the history and geography because you have to,’ Graham tells me. We’re back in his cab as we wend our way though the busy streets of a dark and squally London.

‘Diversification is how the Hackney Carriage driver makes his living these days. It means I can work reasonable hours without having to resort to nights, which I don’t want to do at my age.’

Graham is a registered London tour guide and regularly picks up families in his cab to show them the sights: ‘I’ve discovered that’s the way to make things easier for myself; many of us do private tours and guiding as well as cab driving.’

‘I would defend black-cab drivers as I would The Queen,’ says Eddie Sahakian indignantly. He runs the Davidoff store in St James’s, alongside his father, Edward. ‘They’re as much a part of London as Tower Bridge and red double-decker buses. People don’t realise that, if they don’t use them, they’ll lose them. That would be a disaster for the capital.’

He’s right, you know. A London without black cabs is unthinkable. Next time, you need a ride, make sure you give a cabbie a call.