If you haven't already started Sober October... well, you've missed the start, but it's never too late.

Macmillan Cancer Support have long run fund-raising campaigns tied in to October, and are suggesting that even a 14- or 21-day cessation of boozing could do you good and help raise money for a very great cause.

Apparently 24% of the adults in the UK admitted to drinking more in these coronavirus-hit months (presumably the remaining 76% simply didn’t admit it) so having a few weeks off is well-advised. We’d encourage anyone to get involved.

But that leaves the thorny problem of how to scratch that boozy itch. We’ve tested some out and picked out those which really help you not to feel too deprived.

Warner’s have made some really wonderful gins (particularly their elderflower) in recent years, so we were curious to see what their new alcohol-free range would be like. They’ve been making them at their same HQ as the gins (Falls Farm in Northamptonshire) and have apparently spent two years tinkering to get the recipes right — and it’s time well spent, since we’re happy to report that they are very good indeed.

It’s difficult to describe just how: the ‘Juniper Double Dry’ mixed with a dollop of Schweppes tastes nothing like gin and tonic, yet there’s something… well… gin-and-tonicy about it. They’re also making a ‘Pink Berry’ which was overtly fruity without any cloying sweetness; it feels like it would probably make a great starter for a mocktail.

It’s not free and there are no stars in it

I’ll be honest. Hopes were not high when popping open a tin of Freestar beer. For starters, it sounds like a car driven by a Donald Trump supporter. And secondly, alcohol-free beer, to put it bluntly, is almost always pretty awful. Well, what a shock this turned out to be — in a good way.

Rather than being brewed and then having its alcohol removed, it’s apparently blended or some such — but frankly you won’t really care about such technicalities. It’s a deliciously good IPA-style lager with a hint of citrus, and for our money far nicer than the likes of Becks Blue or Bavaria. They even have a social conscience: they’ve decided to sell their beer half-price to NHS workers in recognition of the heroics of our medical workforce in 2020 — not just for a few months, but in perpetuity.

Stands the clock at ten to three, why does this gin taste like tea?

Gin has taken over the world, of course. But tea? Really? Tea? Well, not quite: there’s no actual distillation or alchohol involved in the Isle of Harris Distillery’s Gin Tea. Instead, they’ve used the same ingredients (or ‘botanicals’, as gin makers love to call them) that they use in their gin to produce this infusion. There’s juniper, Scottish sugar sea kelp, bitter orange peel and cassia bark, among other things.

The result is a tea that has a pleasant, smoky taste and an almost peppery kick. You wouldn’t drink it all day, every day, but it’s certainly a fun one to try.

The bottle alone is almost enough to win you over with Wilfred’s Spritz: it’s got a real 1980s vibe that reminded us of the old Tia Maria adverts. It’s a bittersweet orange and rosemary flavoured aperitif that’s designed to be served with tonic and ice to approximate a classic Aperol Spritz — something it achieves with plenty of flavour and without any excess sweetness.

Putting the ‘tea’ in teetotal 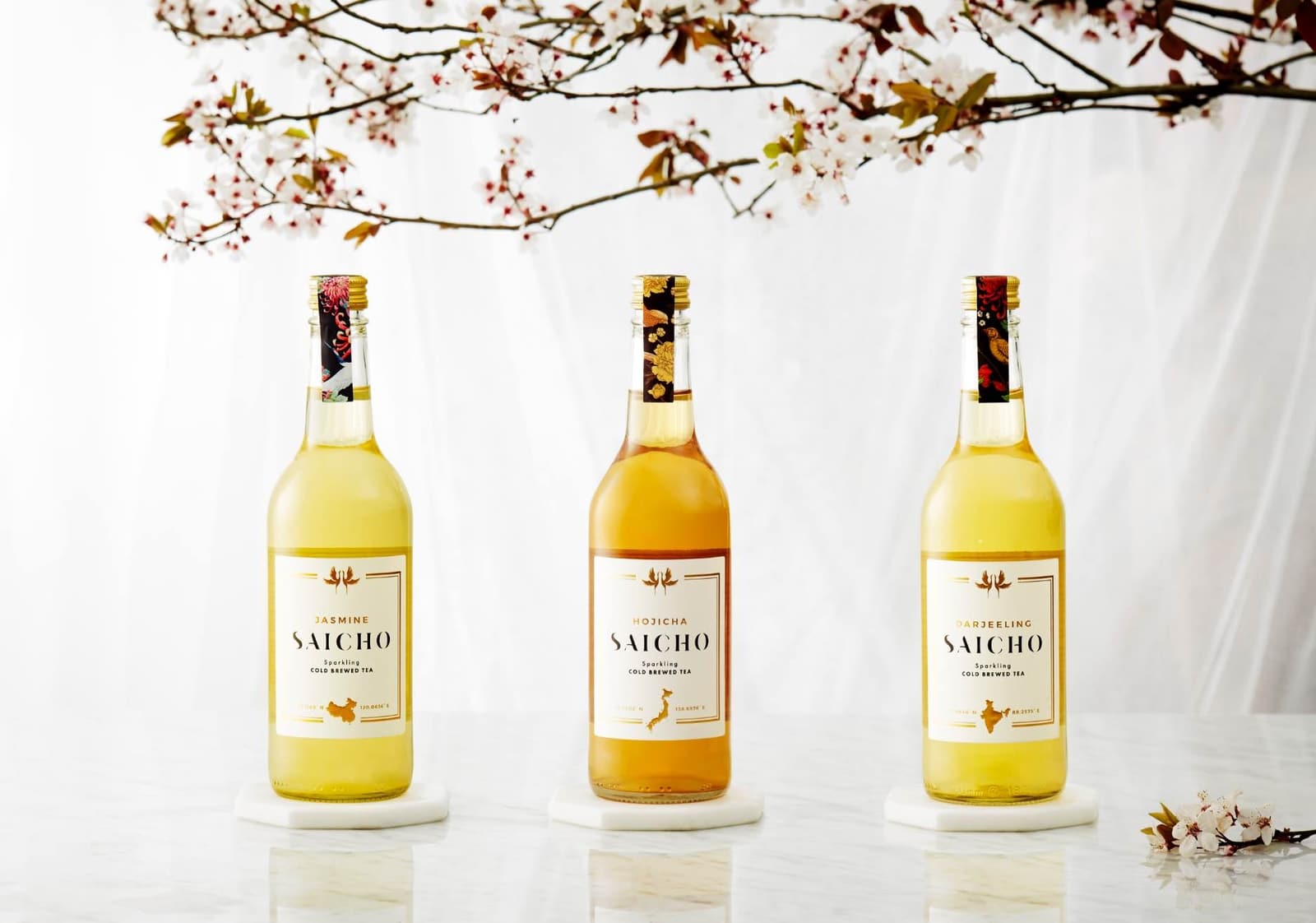 The inventors of the very Japanese-looking Saicho Sparkling Tea are the very un-Japanese sounding Charlie and Natalie Winkworth-Smith, but there’s a nice story behind it. Natalie — who is originally from Hong Kong — is intolerant to alcohol, turns ‘red as a tomato’ if she touches a drop, and always felt left out at parties where everybody was sipping Champagne or Prosecco.

The couple created this range of sparkling teas to put an end to that. Very nice they are too; try the Jasmine; it’s floral, delicate and deliciously refreshing – once you get over the fact that your tea is cold. And fizzy.

From floral and fruity gins to wines that you can drink without a pang of conscience, we've rounded up some

The car in question, in case you're wondering about that headline, costs £23,340.