Alan Titchmarsh takes a look at the joys and pains of gardening in the winter, and offers up a fine suggestion to ensure that you have year-round colour.

I started gardening for a living in the late summer of 1964.

My parents worried. Was this really a career? My father had good reason to worry—he’d seen both his father and grandfather trying valiantly to earn a living off the land as gardeners. Would I stick at it through the worst that a northern winter could offer?

I did stick at it, but every year at this time, I remember the cast-iron numbness of my fingers as I emptied out pots of dead and dying plants in the nursery on a winter’s night, the cycling to work in the Wharfedale wind and rain and the steely resilience of frozen ground that the tempered-steel blade of a spade would bounce off like a medieval lance from the shield of an armed knight. I recall those moments each year at this time with wistfulness, remembered pain and gratitude.

However, such recollections also remind me that there are pleasures to be had in the gardener’s down time: pleasures of anticipation, stocktaking, admitting to failures and dreaming of future successes. The winter isn’t all about shutting up shop and hibernating from the garden, but neither is it simply a time for sitting in front of a flaming log fire, reading seed catalogues. It’s a time for planning and for dreaming, but also for endeavouring to make next year’s garden not just better to look at, but more enjoyable to be in.

Time for clearing out the old…

It’s so easy to get used to things that don’t work, to promise ourselves that, one day, we will do something about that border that’s never really worked and those shrubs that are, let’s be honest, over the hill and need to go.

In my Hampshire garden, that’s a bullet I must bite this winter. There’s a purple-leafed elder that has, for some reason, decided to ‘go back’ (a delightful gardener’s euphemism for a steady decline towards death) and a silver-leafed pear that’s now shouldering out the smaller shrubs and perennials that surround it.

It sounds like a simple ‘to do’ list, but it’s always easier to avoid such jobs for just another year. When the plants have gone and the space is clear, I’ll wonder why I didn’t do it earlier.

Then, there will be the pleasure of deciding what can go in the spaces. My garden in Hampshire is now 15 years old and there are many patches that could do with what my dad would have called ‘a good coat of looking at’—an examination with a critical eye to see how they could be improved.

An avenue of Pyrus calleryana Chanticleer, although columnar to a reasonable degree, is cutting out too much light and the trees need reducing in width. Those rambling roses on the house wall will benefit from something more than a light trim. It’s time I waded in and thinned them out to a vigorous young framework that will reinvigorate them.

The winter joy of the Mimosa

My Isle of Wight garden is much younger at just one year old, but I’ve been astonished at the growth rate of the plants thanks, in part, to an irrigation system. We’re on clay, but that dries out with massive cracks when rainfall isn’t forthcoming for a few weeks. A ‘leaky pipe’ system snaking through the beds, covered with mulch and connected to computerised timers at the tap end has proved a godsend.

If I were in any doubt as to its effectiveness, the one bed we didn’t equip with irrigation suffered several fatalities in our absence during dry spells. I would recommend such a system to anyone planting up a new garden regardless of the nature of their soil.

And now, in that island garden, I have the mimosa trees to look forward to—their buds are about to burst into a froth of cadmium yellow. Mimosas are often too tender to survive in mainland gardens outside the capital, but with the slight lift in temperature that the sea provides, I know I can rely on them to beat even the daffodils in providing winter sunshine. 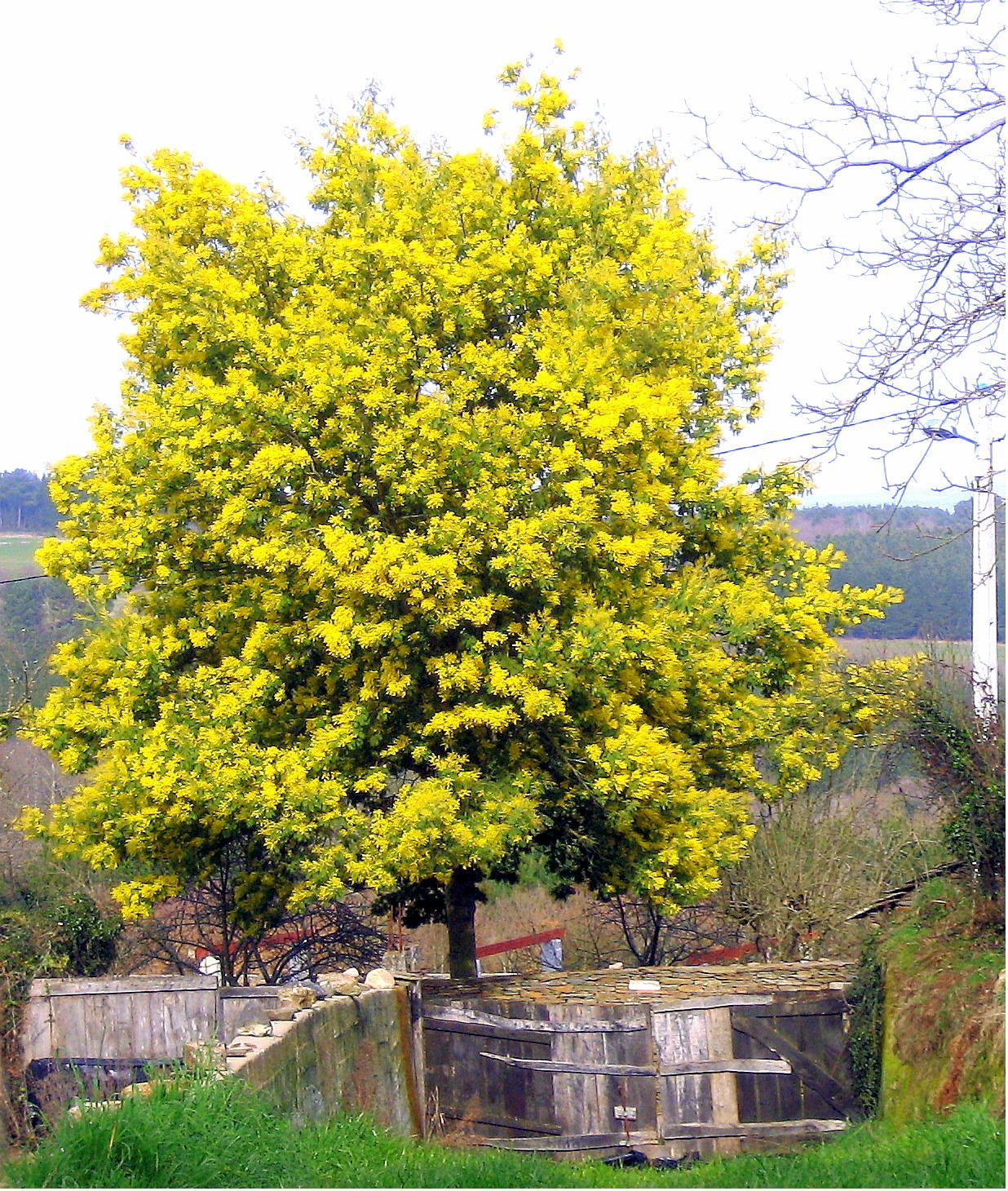 Gardening has given me a sense of proportion, a respect for the earth and an unshakeable optimism that will get me through the winter. There is still much to discover, much to learn and a new season whose arrival I will greet with a smile and a sigh. My dad, although right on many occasions, was wrong at least on that count.

Thinking of escaping the British weather in 2017? Country Life is running a garden tour of Mallorca in April – get more details and booking information here.