Audi's A6 has been one of the classiest cars on the road for many years, and the new version builds on almost everything good about the last version. Apart from those exhaust pipes, says Charles Rangeley-Wilson.

Timelessly handsome, the new Audi A6 is as classy as its predecessors and will still look good in 10 years’ timeAudis do age well, something that none of the other big makers, including BMW and Mercedes, have nailed quite so consistently over the years. Of course, many old Mercs and some Beemers look fantastic, almost without rival in the case of a 1955 SL. Rarely is an Audi as extraordinary as that.

However, rarely are they ugly, either. You could pick almost any model, but something like a 1991 S2 still looks good today. Not drop-dead gorgeous, just timelessly handsome. Like Sean Connery. The original all-road is exactly the same — still classy some 20 years on.

I’ve often wondered how Audi designers manage this, when other marques build cars that contrive to be both too futuristic when launched and absurdly out of date five minutes later. Of course, that’s because nothing dates like someone’s vision of the future, but Audi seems to have found an aesthetic groove that consistently transcends the trap of ephemeral futurism.

Thus, it was with huge dismay that I found at the back of the otherwise very handsome new A6 Avant delivered to my driveway in Norfolk two fake, plastic exhaust vents with tiny little pea-shooters hidden far inside. Dear Audi designers, what the hell were you thinking? These faux warp-drive venturis make the back of your lovely new car look as if it’s been tricked out by some spotty body-kit assistant at Halfords.

Happily, the rest of the car is fantastic, even if — or probably because — it’s been forged by evolution rather than revolution. There wasn’t a lot wrong with the last handsome, comfortable and refined A6 load lugger. Except perhaps its D-grade performance in the ‘can you get golf-clubs sideways across the boot?’ test, my old man’s ultimate motoring examination. Audi drivers clearly don’t mind trading a wee bit of boot space for style, because this is the one unchanged aspect of the entire machine: 565 litres replaces 565 litres.

Up front, it’s two or three litres and, although I’ve read very good things about the 40 TDI’s two-litre four-pot (word is this engine is smooth, quiet and pokey), Audi sent me the Top Gun version, which is wafted along by a three-litre V6 and 286 very energetic horses and many tectonic torques. You will not want for performance, I promise you that.

Further top-class wizardry includes such exciting toys as ‘dynamic’ all-wheel steering and adaptive air-suspension: four grand’s worth of extras, which undoubtedly sharpen up the handling and provide a useful degree of self-levelling if gold bullion is your regular cargo. Otherwise, the business-lunch option on the suspension à la carte — conventional springs, adaptive dampers — is a perfectly good set-up.

Audis are always great on the inside: the new A6 is usefully more spacious than the last one in the passenger compartment and otherwise equally as comfortable, equally as refined and pleasing a place to while away long motoring hours. Provided you keep your eyes on the road. 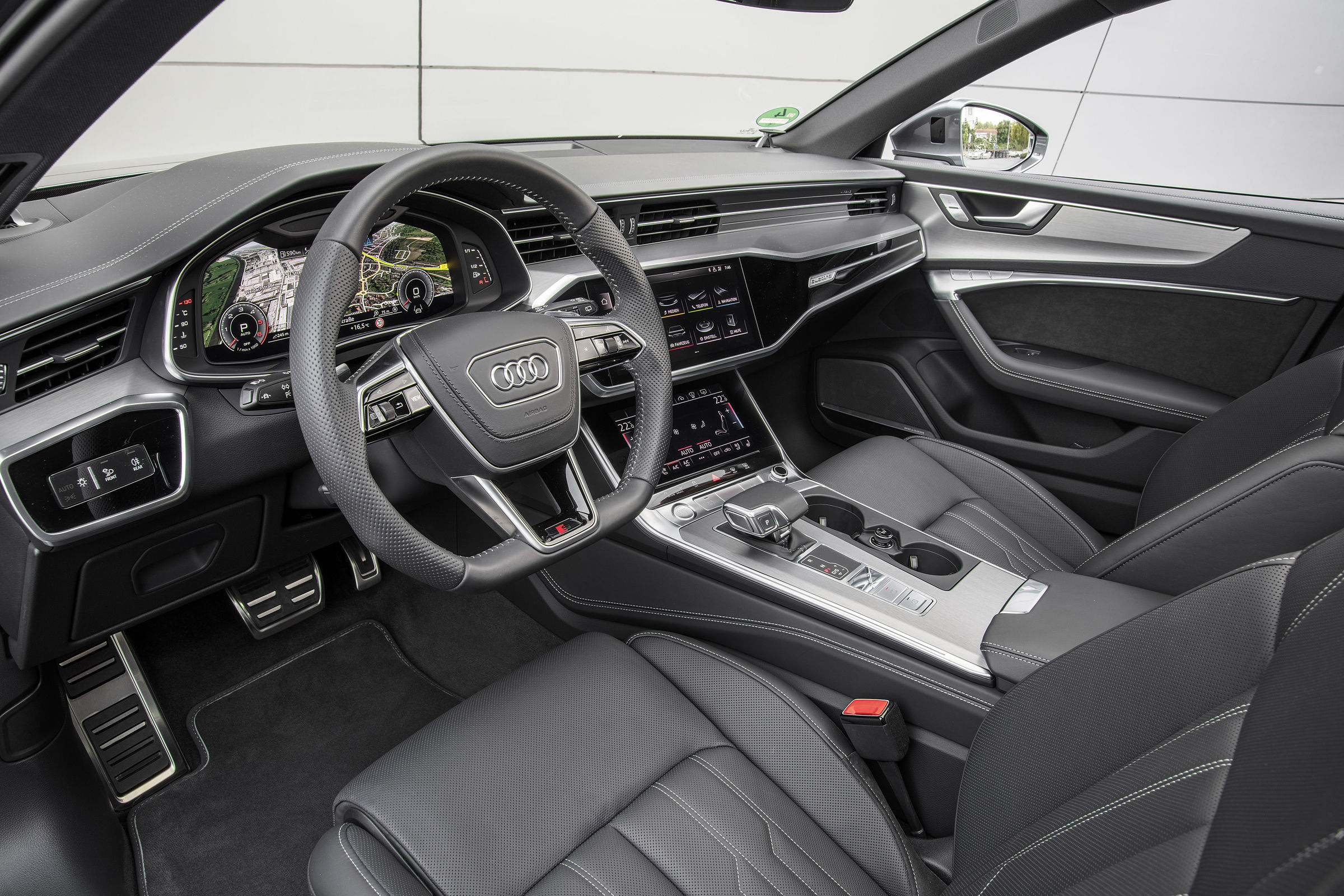 Sadly, the A6 has gone touchscreen-tastic, so that’s a job made harder by fashion. Losing the dial-and-button control is a mistake, at least in my antediluvian opinion, in part because that system was the best on the road. Save money on the all-wheel steering and spend it on the technology pack, which will recognise voice commands and allow you to watch where you’re going.

If you do that, the new A6 will provide a smooth, stress-free drive, with planted, predictable handling. Overall, a large number of incremental improvements add up to another excellent, good-at-everything family car that will still look smart in 10 years’ time. Except for those exhausts.

On the road – Audi Avant A6

The revamped Volvo V90 is back with a vengeance, says Charles Rangeley-Wilson.

Our motoring expert Charles Rangeley-Wilson will never look back after test driving this incredible car.

If you’re after a smaller SUV with a classy interior, look no further than the new Audi Q2, recommends Charles