Trending:
Is the infamous photographic evidence of the Loch Ness Monster about to be backed up by something new? Credit: Alamy Stock Photo

We take a look at the latest evidence that something extraordinary lurks in Loch Ness, breathe a sigh of relief that the nightmare is over for a very long-suffering farmer and wish a happy birthday to the Duke of Edinburgh.

Loch Ness monster might have leaked its existence with urine

No matter how many times the existence of the Loch Ness monster gets disproved by some sort of scientific analysis, another academic seems to come along and re-ignite the whole thing. This time the person in question is Professor Neil Gemmell from the University of Otago in New Zealand, whose team have analysed all signs of life in Loch Ness using a technique that collects DNA from the tiniest traces of material – including drops of urine.

Prof Gemmell told The Scotsman that there have been ‘surprising’ results. While the research has reportedly ruled out two of the main theories about the monster, it has also suggested that there might be something in the third.

One thing suggests that we ought not to get too excited, though: a hoped-for TV documentary has failed to materialise. ‘Negotiations with a series of production companies ended without a deal,’ The Scotsman reports. Surely if an epoch-making discovery had been made, those television companies would have fallen over each other in the battle to get the scoop. 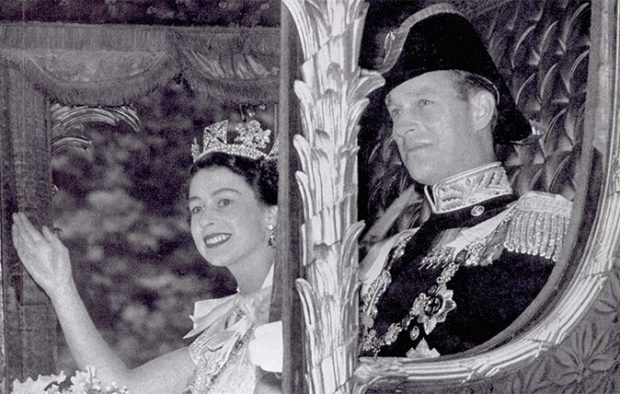 HM The Queen and the Duke of Edinburgh at the Coronation. Credit: Country Life

HRH Prince Philip, the Duke of Edinburgh, is 98 today. Many happy returns!

The £1-a-year farm that turned into a ‘nightmare’ – but with the pain over, farmer determined to carry on

Last week witnessed a huge outpouring of sympathy for Daniel Jones, the farmer who won the tenancy of the National Trust-owned Parc Farm on the Great Orme headlands in 2016, but who ended up in court facing 20 charges brought by Conway County Borough Council’s Trading Standards department. Daniel’s testimony on the witness stand backed up everything that he (and his many supporters) had ever said about the nonsense of the prosecution, and the case collapsed.

The year-and-a-half legal ‘nightmare’ (as Daniel described it on the stand) now being over, the farmer thanked his solicitor David Kirwan. ‘I would urge any other farmers facing investigation by Trading Standards to seek legal advice immediately in order to avoid finding themselves in a situation that could escalate at a terrifying pace,’ he said in a statement to Country Life.

Daniel has been left with a huge legal bill (he had to borrow £50,000 and sell hundreds of sheep) but will he now leave? Not a bit of it.

‘I came here for ten years to improve the habitat and conservation areas of the Great Orme,’ he continued, ‘and I now have seven-and-a-half years left. This whole experience has made me even more determined to finish the job I came here to do.’

The chances of your supposedly ‘green’ electricity deal selling you any power at all that’s sourced from renewable sources. How on earth do companies get away with such things? An ‘accounting trick’, according to Tom Steward of the supplier Good Energy.

Did these lizards figure out how to make themselves safer in hurricanes?

Getting a grip: A Crested Anole (Anolis cristatellus), sitting on a branch

The New Scientist reports a fascinating story about lizards in the Dominican Republic whose grip strength increased 10-fold after Hurricane Maria. The reason is a mystery, but the effect very much seems to be real. The wonders of nature never cease to amaze.

And finally… How to beat a bear in a fist fight

The answer is to punch it in the eye, apparently – a trick that really works. Andi Bauer and his girlfriend Lara Booth were hiking on holiday in Romania when Andi was attacked by a brown bear.

As the bear tossed Andi around in its jaws, Lara rather incredibly had the presence of mind to shout out the eye punching advice, having once read it somewhere. Andi, even more incredibly, managed to land a decent right hook which sent the bear scurrying away.

The pair have now told their extraordinary tale: ‘I suppose I’m lucky I got through it,’ said Andi. ‘But I’d have been luckier not being attacked.’