Trending:
PICTURE OF THE DAY: Holy Trinity Church in Deanshanger, the Northamptonshire village where detectorists have descended and keep on digging up fascinating nuggets of the past. Credit: Colin Underhill / Alamy

Today's news round-up looks at the sleepy village where the ground seems full of treasure, the power station demolition which went wrong and an unusually bullish view of post-Brexit farming.

The Northamptonshire village where people keep on digging up treasure

The village of Deanshanger has once again been the site of treasure being dug up by amateur ‘detectorists’. The BBC reports that two Henry VIII silver groats – worth four old pennies each – were found by a metal detectorist in the Northamptonshire village neat Milton Keynes. The coins are thought to date from the 1520s, and depict Henry as the dashing Renaissance prince he still was, rather than the portly elder gentleman we tend to think of from Holbein’s famous portraits.

The find comes not hot, but at least lukewarm on the heels of recent discoveries of coins and jewellery from Roman, medieval and early modern times in the area. Deanshanger is a small village on the outskirts of Milton Keynes today, but for a couple of thousand years it was just off the old Watling Street route connecting London with the Midlands.

It seems that the finds are almost a self-fulfilling prophecy, with each new piece of treasure inspiring other treasure hunters to trawl the area more closely with their metal detectors. It’s something which sounds like an episode of BBC Four’s brilliant sitcom, Detectorists –  but there is none of the skulduggery that enlivened that show, since local finds liaison office Ellie Cox says that all are behaving impeccably. ‘They are absolutely fantastic at reporting everything to me,’ she told the BBC.

The destruction of a trio of cooling towers near Didcot on Sunday went awry, with the explosion apparently starting a fire, leaving several people injured, others terrified – and 40,000 people without power. One woman apparently told the Oxford Mail that her three-year-old daughter’s hair was singed as it ‘rained down with sparks that burned’.

An investigation is already under way but it seems that power lines were hit by debris from the explosion at the old coal-fired power station, which was mothballed in 2013. The usual precautions – months of preparation, a large exclusion zone and so on – were all taken, but some debris seems to have collided with power lines to cause the issue.

On This Day… the trial of the Samlesbury Witches 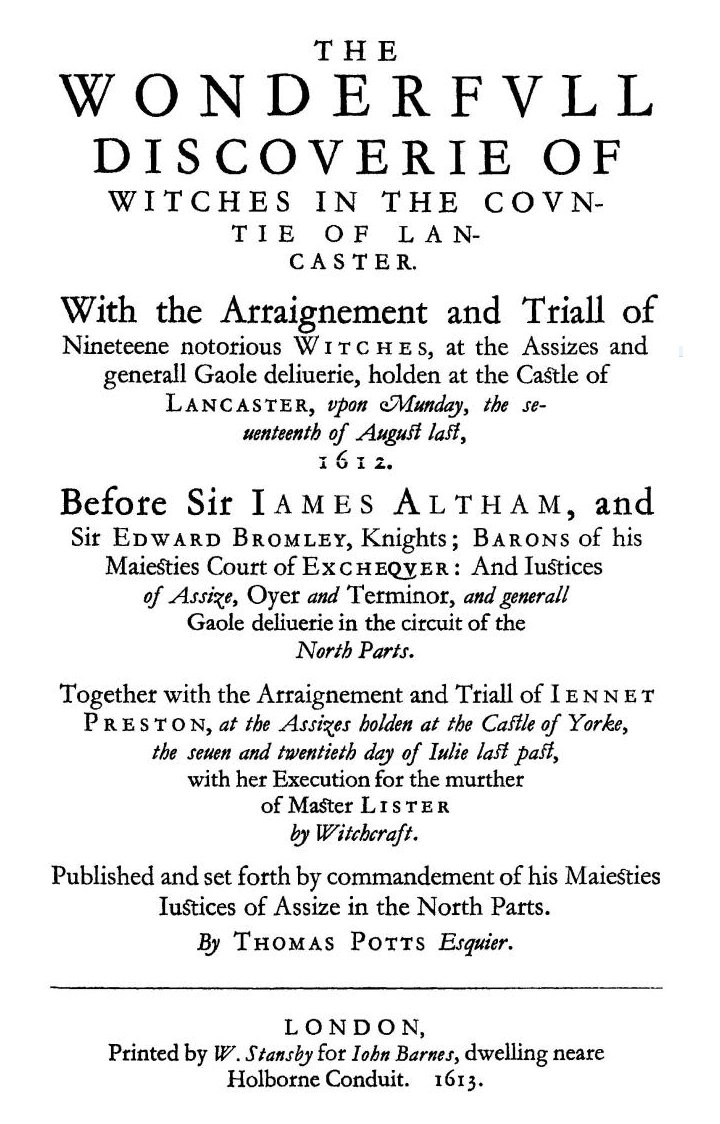 On 19 August 1612, the trial of three young ‘witches’ at the Lancashire Assizes collapsed as the key prosecution witness admitted openly that she’d been told to lie on the stand. Witch trials were still commonplace in England at the time, but this case became famous – not just because the witches were saved by a refreshing application of rigour and common sense, but also because the whole proceedings were recorded by the clerk of the court, Thomas Potts, in his book: ‘The Wonderfull Discoverie of Witches in the Countie of Lancaster‘.

Readers of The Sunday Times woke up yesterday to read about the leaking of ‘Operation Yellowhammer’, the government’s report on what to expect in the event of a no-deal Brexit. Suffice to say, it’s not a fun read – not unless you find a lack of food, medicine and clean water supplies a laughing matter. The Guardian’s write-up summarises the main point succinctly if you want to avoid the rhetoric.

On Sunday afternoon, however, The Daily Telegraph ran a very different article indeed: a bullish opinion piece which flies in the face of many of the comments we’ve seen and heard of late about the impact of Brexit on British farming.

The piece is not actually written by a farmer but rather Owen Patterson MP, a former environment secretary who gained notoriety for being pro-fracking and anti-wind power. Patterson – who grew up on a farm – gives the blisteringly pro-Brexit newspaper an unashamedly glass-half-full take on why farmers should be delighted at the prospect of leaving the EU without a deal.

‘From gene editing to robotics, Brexit will free us to build the farms of the future’ is the headline, with Mr Patterson saying that by ‘abandoning this punitive [withdrawal] agreement’ British farmers will be able to ‘boost their productivity outside the precautionary constraints of the CAP’. Patterson seems to be a particular fan of expanded exports beyond the EU: he cites Welsh lamb being flown to the USA, Cornish crabs consumed across the world and Scotch whisky being shipped to India.

Patterson’s views on environmental and scientific issues have often been controversial, and this article has already proven so as well (as the Tweet above suggests). But for everyone’s sake let’s hope that, on this occasion, he’s got it right.

Sometimes, even the phrase ‘you couldn’t make it up’ feels scarcely adequate to cover what you’re feeling.

Carla Carlisle is tempted to hunker down and shut the world out for the next four years – but she won't.

In December 1916 Country Life magazine was granted extraordinary access to The White House.