Two sister campaigns, both petitioning for a statue of a prominent female figure to be installed near the Houses of Parliament, are at loggerheads. Annunciata Walton reports.

2018 year will mark the centenary of the monumental legislation that allowed women in the UK to vote for the first time (although it wasn’t until 1928 that they achieved the same voting rights as men) and two sister campaigns, both petitioning for a statue of a prominent female figure to be installed near the Houses of Parliament, are at loggerheads.

It was decided earlier this year that Suffragist Dame Millicent Fawcett, non-violent lobbyist and founder of the National Union of Women’s Suffrage Societies (1897), would stand alongside Sir Winston Churchill and Nelson Mandela in Parliament Square – which currently contains 11 statues, all men – after a public campaign supported by Emma Watson, Theresa May and J. K. Rowling. A £5 million fund was allotted to the project and Turner-prize-winning sculptor Gillian Wearing was commissioned by London mayor Sadiq Khan. 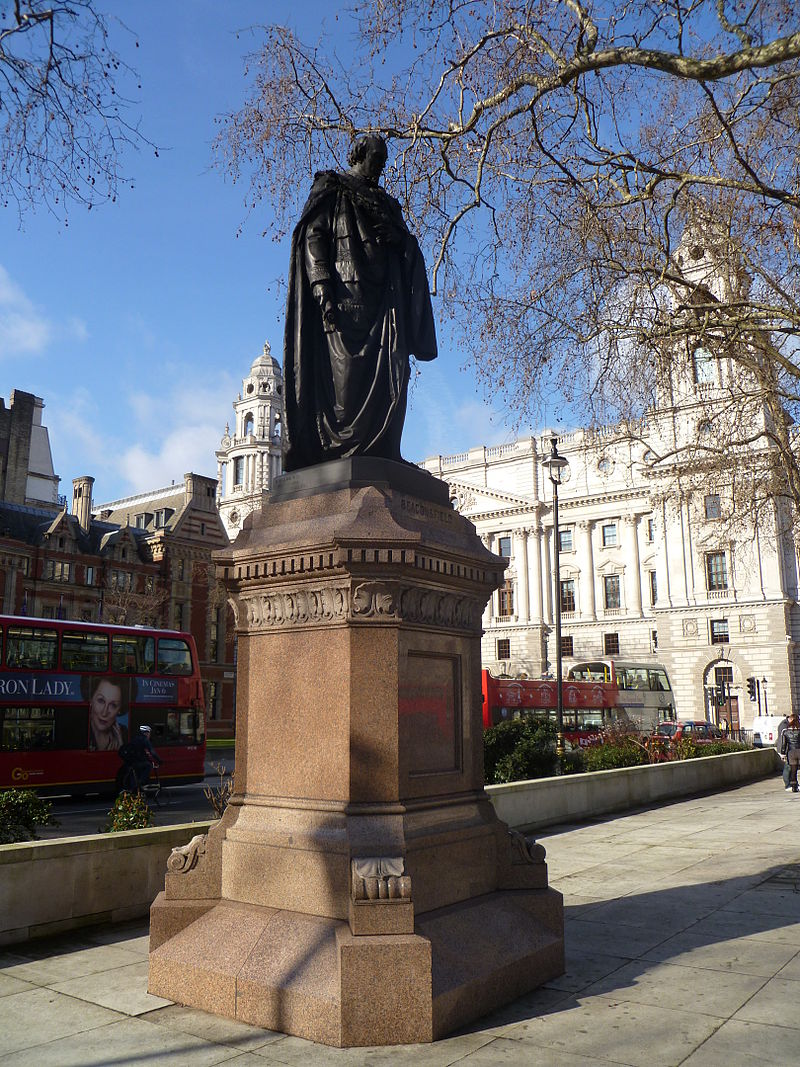 On adjacent Canning Green, near the Supreme Court, a campaign of three years’ standing to erect a statue of Suffragette Emmeline Pankhurst, co-founder of the militant Women’s Social and Political Union (1903), whose members believed in action to garner necessary attention – public rallies, window-breaking, arson, hunger strikes and, in one famous case, leaping
in front of the King’s horse at the Derby – is backed by former Tory MP Sir Neil Thorne, David Cameron, Andrea Leadsom and Baroness Boothroyd, the first female speaker of the House of Commons. Award-winning artist Angela Conner, who has previously sculpted The Queen and Churchill, has been commissioned to create a 12ft statue.

Discussions over the possibility of two statues being installed in Canning Green, one of each female pioneer, have been met with refusal from the Fawcett campaigners, led by Caroline Criado-Perez, who is ‘not prepared to compromise on the central point of the campaign, which was to have a statue for a new woman and have one front and centre’.

Helen Pankhurst, Emmeline’s great-grand-daughter, has come out in support of the Fawcett campaign, ‘because there is no statue of Millicent at the moment and because, historically, she precedes my great-grandmother in her campaign for the vote’. She points out that there is already a statue of Pankhurst in London and there are calls for another to be installed in Manchester.

However, Baroness Boothroyd calls the Fawcett Society’s one-year campaign a ‘Johnny-come-lately’ effort and Sir Neil points out that ‘Pankhurst is the foremost figure and symbol of the protest movement for women’s equality and suffrage… only 4% of people have heard of Fawcett, but 40% have heard of Emmeline Pankhurst’.

Neither campaign has yet obtained planning permission from Westminster City Council. In addition, for 20 years now, there has been a campaign for a statue of Pankhurst’s daughter Sylvia, which will hopefully be erected in Clerkenwell Green; calls for a statue of Alice Hawkins are gaining support in Leicester; and, in 2013, 100 years almost to the day after her death,
a plaque to Emily Wilding Davison was unveiled at Epsom Racecourse.

It’s hoped that decisions will be made by the council on the Westminster statues next month.