Radio 4’s iconic programme Desert Island Discs will be marking its 75th birthday this weekend. Flora Watkins reflects on the making of a special programme.

Seagull calls over the opening bars of By The Sleepy Lagoon have been gently washing Radio 4 listeners onto the shores of an imaginary desert island for 75 years.

The formula is simple, yet magical: marooned on a desert island, you have eight records that you’d be happy to listen to for the rest of your life, plus one book and one luxury. That format has remained unchanged for over half a century.

Other things have changed, however: these days you’re as likely to hear the Notorious B.I.G. (as chosen by novelist Zadie Smith) as you are Mozart. But one thing is a constant:  nobody can listen to the programme without wondering which music they might themselves choose if they were ever to make an appearance.

‘Because of its brilliance,’ says Cathy Drysdale, the current series producer, ‘you can almost guarantee that people will still be talking about it on its 150th anniversary.’

The BBC are celebrating the occasion with a three-hour programme of recently rediscovered archive material on Saturday, January 28; on Sunday 29, exactly 75 years on from the first broadcast, David Beckham will be Kirsty Young’s castaway.

The pitch written in pyjamas

Late one evening in 1941, freelance broadcaster Roy Plomley had an idea for a radio programme. He was about to go to bed, but, instead, sat down, in his pyjamas, and wrote the pitch for Desert Island Discs, which he sent to the BBC’s Head of Popular Record Programmes, Leslie Perowne. The response was emphatic. ‘Why didn’t we think of Desert Island Discs before?’ Perowne is said to have written. ‘It’s such an obvious and excellent idea.’

Roy Plomley devised and presented Desert Island Discs from when it was first broadcast on the 29th January 1942 until his death in 1985. He is seen here in the study of his Putney home overlooking the River Thames on 30th July 1984.

At the start of the first broadcast, on January 29, 1942, the interviewee – or castaway – actor and musician Vic Oliver, was asked to select ‘eight gramophone records… assuming, of course, that you had a gramophone and an inexhaustible supply of needles’, a format that became embedded in the British psyche.

75 years on from that programme, Desert Island Discs is still going and is Britain’s longest-running radio programme. There have been more than 3,000 castaways.

The once-unimaginable luxury, now plentiful in every supermarket in Britain

In 1951 castaways were permitted to name one luxury to take with them to the island Actress Sally Ann Howes was the first granted that honour, and chose garlic – unimaginably exotic to a Britain still grappling with postwar rationing.

The introduction of books

In the late 1950s a new idea came: castaways were permitted a single book to read. From the start there was an automatic provision of the Bible (deposited on the island by the Gideon Society); the complete works of Shakespeare were added to the bible in 1960.

Since Roy Plomley’s death in 1985, there have been only three presenters: Michael Parkinson (1986-88), Sue Lawley (1988-2006) and Kirsty Young (2006-today). The format – which current series producer Cathy Drysdale describes as ‘genius’ – remains sacrosanct. And although castaways are never subjected to Today-style bludgeoning, the show is consistently compelling and revealing.

It’s the music that is key to Desert Island Discs’ intimacy: those ‘eight gramophone discs’ can at once reveal castaways’ vulnerabilities, inspirations and pivotal moments in their lives. They often prise a reserved castaway open – though not always in the way you might expect. Take the case of the divas who have chosen strings of their own recordings, for example. And then there is the case of Tony Blair, whose bland, middle-of-the-road record choices prompted many to detect the hand of his spin doctor Peter Mandelson in the selection.

The music chosen is a barometer of change and social history. ‘Understandably, there are fewer classical choices now than there were in the 1940s and 1950s because pop music wasn’t the thing that it is now,’ explains Cathy Drysdale. 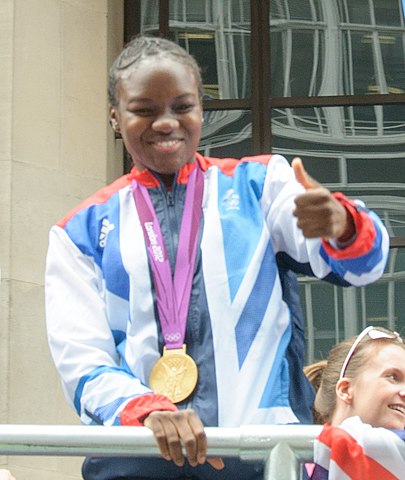 ‘Recently we had [Olympic boxing champion] Nicola Adams on, who chose a number of rap tracks. Mozart, Beethoven and the Beatles will, I think, always remain popular.’

‘The important part of the music is that it’s personal – [chef] Yotam Ottolenghi chose a song from his childhood in Hebrew; you don’t get that anywhere else.’

Pianos, guitars and binoculars are the most-requested luxuries, although the writer Norman Mailer asked for ‘a stick of the finest marijuana’ and the actor Oliver Reed an inflatable rubber doll.

Roy Plomley had no researcher, instead taking his castaways to lunch at the Garrick before the broadcast; the show itself was usually broadcast live, and rarely taped. The BBC has been urging any listeners who might have recorded early broadcasts to contact them (via www.bbc.co.uk/desertislanddiscs) to try and piece together lost interviews. Today, producer Cathy Drysdale has a part-time producer and assistant producer to help her book and research the 42 guests required for each series; taping the programme is no longer necessary, of course: each episode is archived online immediately.

Roy Plomley’s gentle style – more statements of fact, along the lines of ‘You did this, you did that’ than direct questions – belongs to a different, more deferential era. Michael Parkinson, who presented the programme from 1986 to 1988, and particularly Sue Lawley (1988-2006) brought a new journalistic rigour. As a result the programme found itself making headlines – as when, in 1989, Diana Mosley told an astonished Miss Lawley that the Holocaust may have been exaggerated.

The new approach isn’t to suggest that Plomley failed to bring colour to the programme. In 1964 he asked Tallulah Bankhead if she’d be able to survive on the island: ‘I can’t even put a key in a door, darling’ she drawled.

David Dimbleby wanted to take Kirsty Young as his luxury; she refused – the luxury must be inanimate, although Princess Michael of Kent was granted her cat.

The rules of engagement

Editorial integrity is paramount. Castaways must agree that no area of their life is out of bounds and the presenter – since 2006, the gently probing Scot Kirsty Young – will never agree to any questions beforehand. A castaway is never interviewed on the phone. ‘Preferably they will be in the studio here at Broadcasting House with Kirsty,’ explains Miss Drysdale, ‘although, on very rare occasions, we would go to them if they were unwell; for example, we went to Manchester to interview [Coronation Street actress] Betty Driver.’

The book taken for all manner of reasons

Princess Margaret, Debbie Harry and Ian Fleming are among the many castaways who’ve taken War and Peace as their book. George Clooney requested it too – but mainly, he explained, because of the likely shortage of lavatory paper on the island.

The most popular music

The eight most-chosen tracks are:

In 2011 a public poll was carried out offering listeners the chance to vote on which tracks they would choose if on the show. The Lark Ascending by Vaughan Williams came top of the poll of fantasy lists; Queen’s Bohemian Rhapsody, Pink Floyd’s Comfortably Numb and Handel’s Messiah also featured.

The song which features every week

Eric Coates composed By The Sleepy Lagoon, which was used as the theme music from the every start. Coates himself was a castaway in 1951.

Pianist Moura Lympany chose eight of her own recordings. Soprano Elisabeth Schwarzkopf chose seven of hers, though later claimed to have misunderstood the format. Norman Wisdom made two appearances on the programme; on his second, in 2000, he selected five tracks on which he’d sung.

Then there was film director Otto Preminger, who chose discs from his own films and, rather incredibly, his autobiography as his book.

Desert Island Discs has been referenced numerous times, including in Tom Stoppard’s play The Real Thing; episodes of Porridge and The Vicar of Dibley; and Howard Jacobson’s Booker Prize winner, The Finkler Question.

Arthur Askey and David Attenborough have been cast away on four occasions.

In a first for the programme, in 2012, the team travelled to Burma to interview Aung San Suu Kyi. Then leader of the opposition, she had opened her Nobel lecture the previous year by reminiscing about listening to Desert Island Discs with her young son while living in Oxford. She was fairly near the top of the producers’ wish list, which is ‘very long’, according to Miss Drysdale and includes Barack and Michelle Obama, The Queen and Madonna.

‘The people who are really great to get on are those who rarely give interviews,’ says Cathy Drysdale. Then there are what she calls the ‘Wow! Can you believe who’s sitting in our studio?’ guests, such as actor Tom Hanks (‘an absolute joy’) – one of his film roles was as a castaway – and the eloquent rock star Bruce Springsteen (who was on in December 2016, naming Elvis Presley’s Hound Dog as his first inspiration).

Producers also have the freedom to introduce the listener to people they’ve never heard of. These tend, in the main, to be eminent scientists or doctors, such as the war surgeon David Nott. One of the most memorable recent castaways, he broke down on air as he described operating on injured children in Gaza and Syria.

‘There’s a crackle in the air’ with such guests, says Cathy Drysdale. ‘Mr Nott was not a household name, but we had so many emails from people who wrote “I’ve never emailed before, but wanted to say what an extraordinary person”.’

Should you have missed David Nott’s appearance, then you’ll find it on the programme’s website, along with thousands of other castaways. Here’s to 75 more years!