White Horse Stables in the village of Stetchworth is a beautiful six-bedroom home that is an idyllic equestrian property.

How do you define the term ‘household name’? It’s a tricky one. There are probably plenty of people out there, from all walks of life, that most people have heard of; but would you ever describe a politician or an artist as such? Probably not. To reach this level, you need almost to become synonymous with your craft — and the people who scale those heights are few and far between. One such, however, is Frankie Dettori.

The Italian jockey is unarguably the greatest flat racing jockey of his generation, with thousands of winners — including dozens of Classics — to his name. He was only 14 when he moved to Britain to work as a stable lad for Luca Cumani in Newmarket, and before long had earned his chance to race.

His story since then is the stuff of sporting legend: from winning 100 races in a season while still a teenager (an achievement only Lester Piggott had garnered before he did) to going through the card at Ascot in 1996 to his later years of continued success, he’s survived everything from plane crashes and drug scandals to a stint on Celebrity Big Brother.  And for most of that time, until 2015 he lived with his wife, Catherine, and their five children at the beautiful White Horse Stables — a house which is now seeking a new owner. It’s for sale via Jackson-Stops at £2.5m.

The house is a low-slung, six-bedroom home in Stetchworth, a few miles south of Newmarket on the Cambridge/Suffolk border.

The heart of the house is a huge dining/living space opening onto the kitchen that’s lit both by huge french windows and skylights, with a fine wine cellar below. 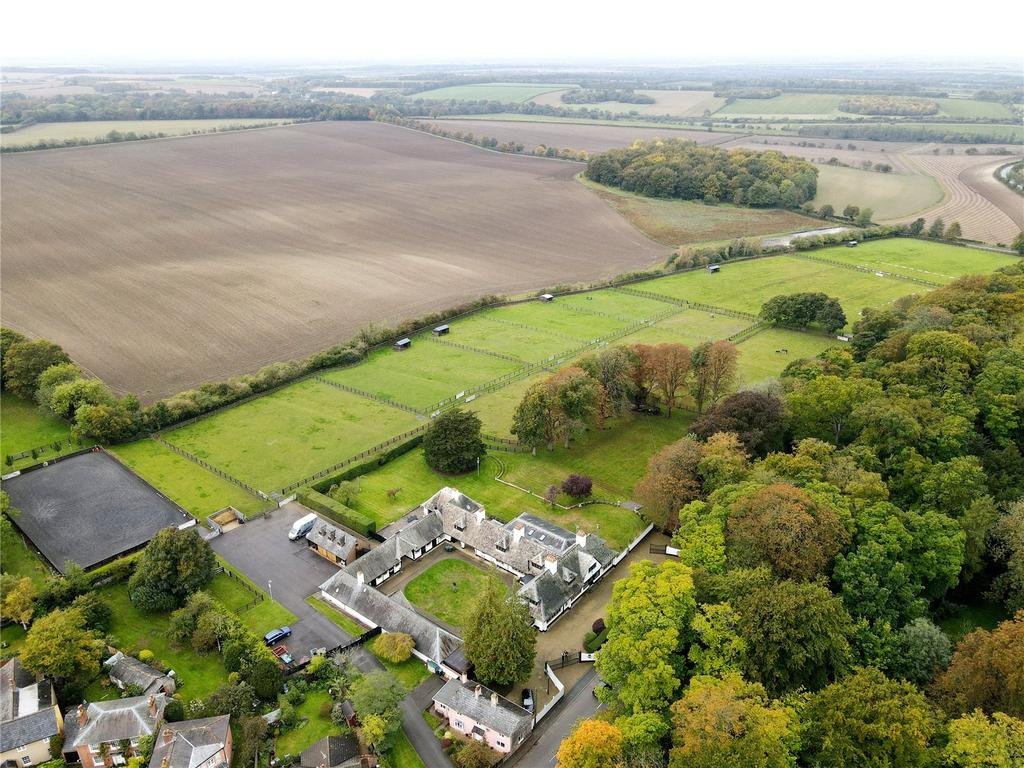 There is also a separate dining room, drawing room, sitting room and office, as well as a boot room and a gym/indoor pool wing. 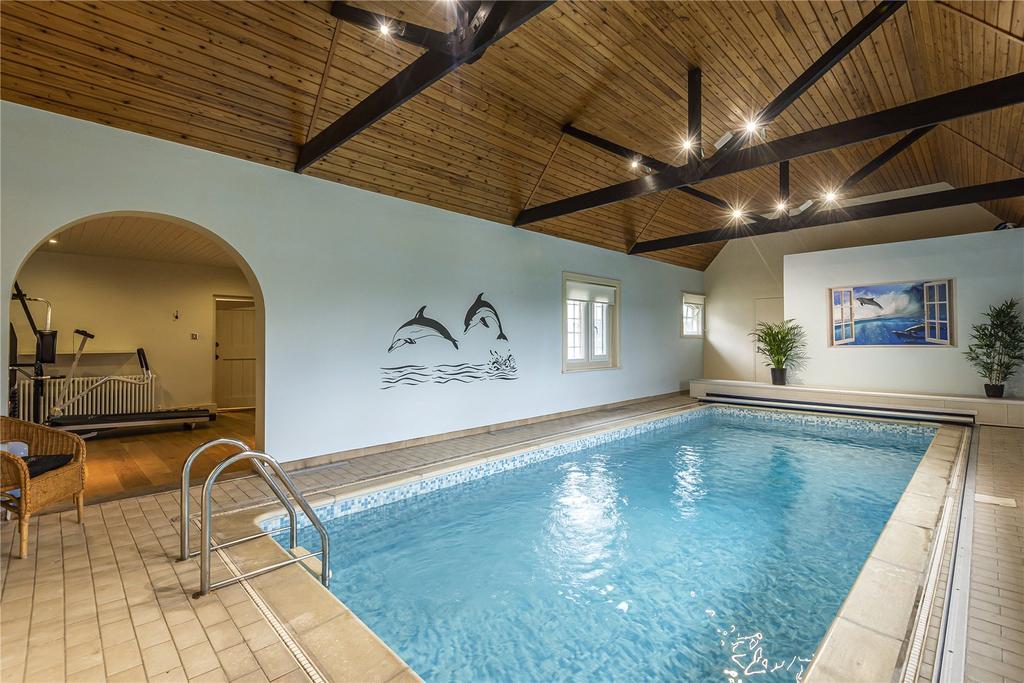 In the 15.4 acres of outside space there are eight stables, 14 (yes, fourteen) paddocks and a tack room — which probably goes without saying — showing clearly that the jockey’s love of horses was far more than just a job. 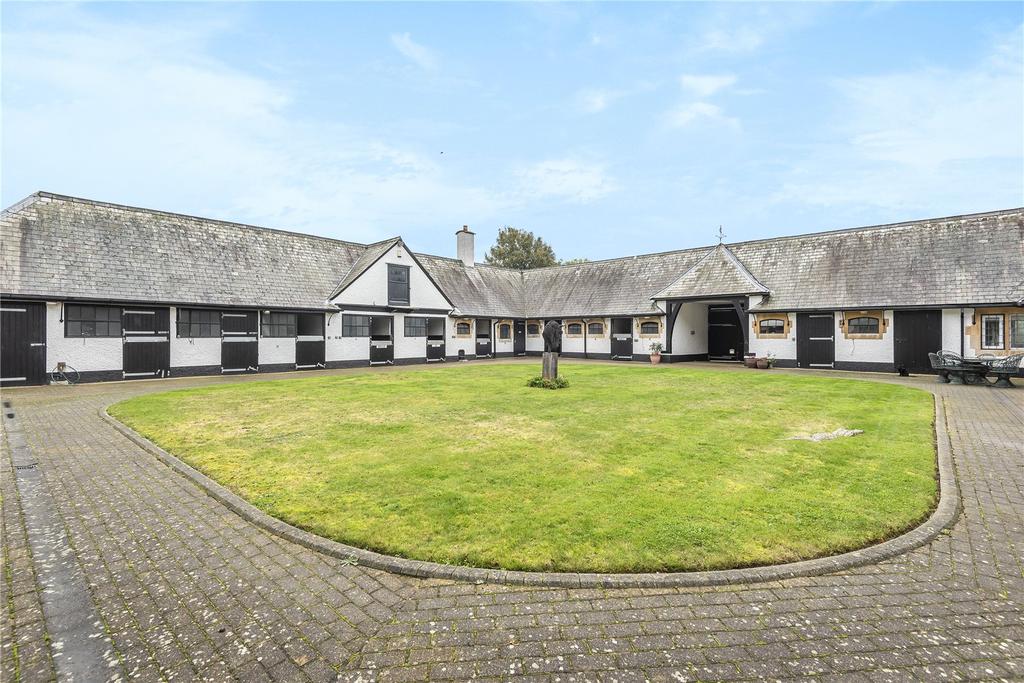 There’s also, more surprisingly a manege, and we can’t help but wonder what 5’4″ Frankie would have looked like doing a spot of showjumping in his back yard. 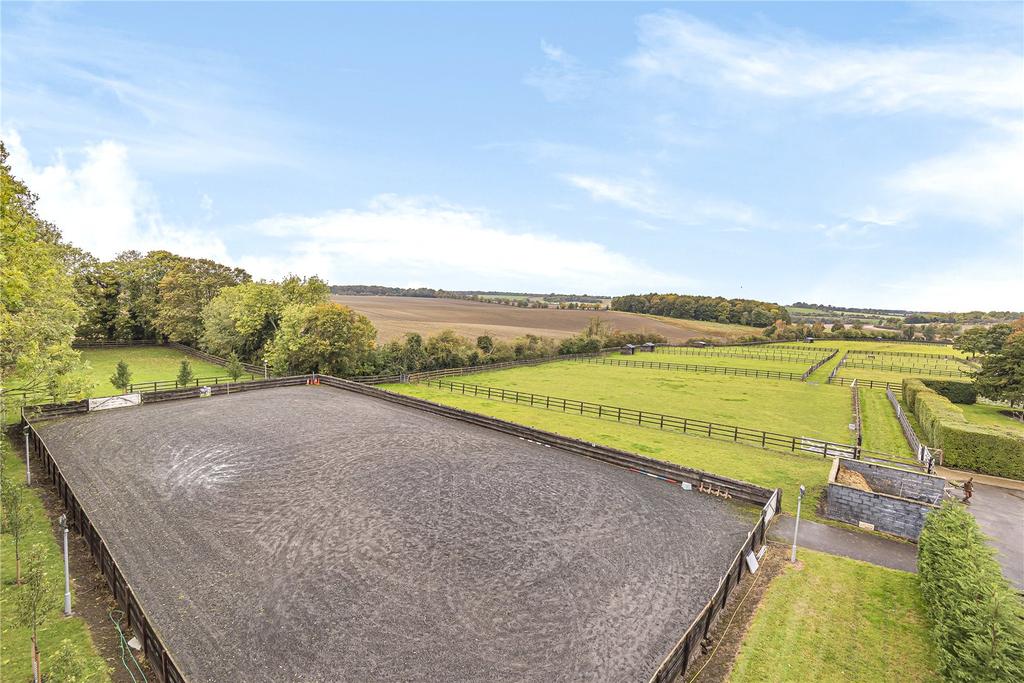 It’s not just a house for horse-lovers, however, with lovely gardens, a fabulous tree house and adventure play equipment in the grounds. 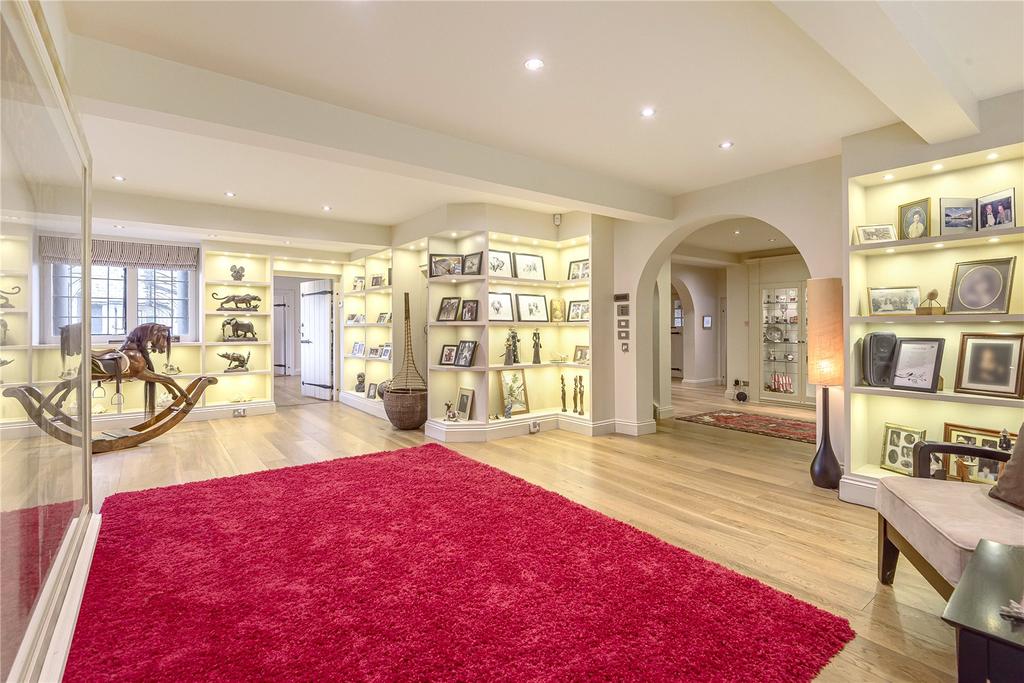 Beyond the main house there is also another home, Honeysuckle Cottage, a three-bedroom detached place that can either be accessed via the main property or via a separate entrance that leads to the high street of this very pleasant village.

White Horse Stables is for sale via Jackson-Stops at £2.5m — see more details and pictures.