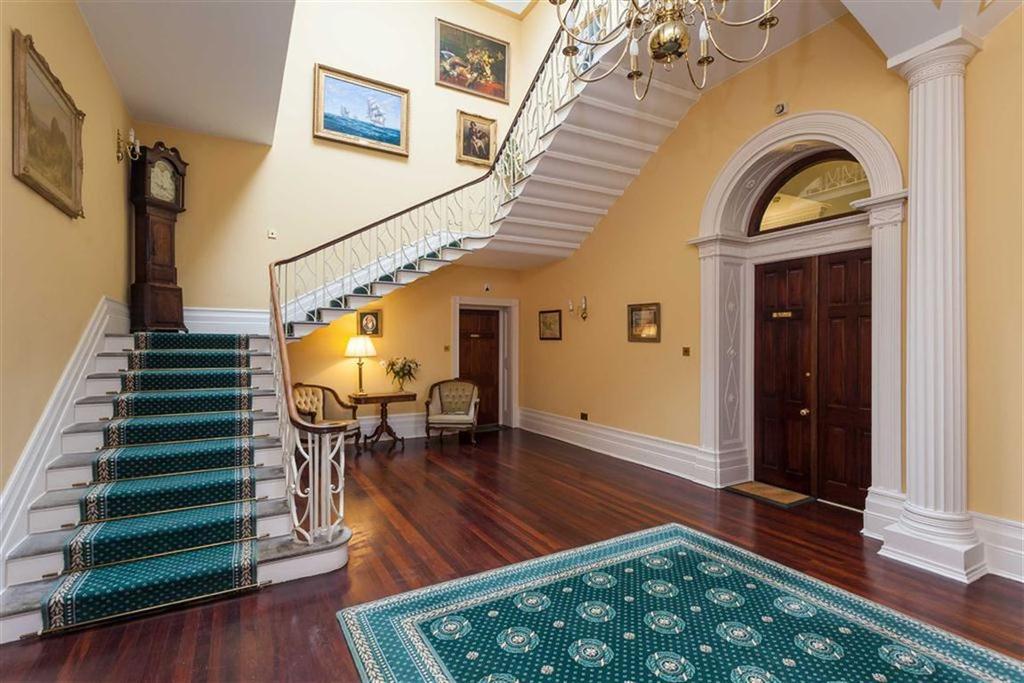 In one of Cheshire’s most sought-after areas is a huge first-floor apartment in Birtles Hall, with an oval entrance hall that really must be seen. 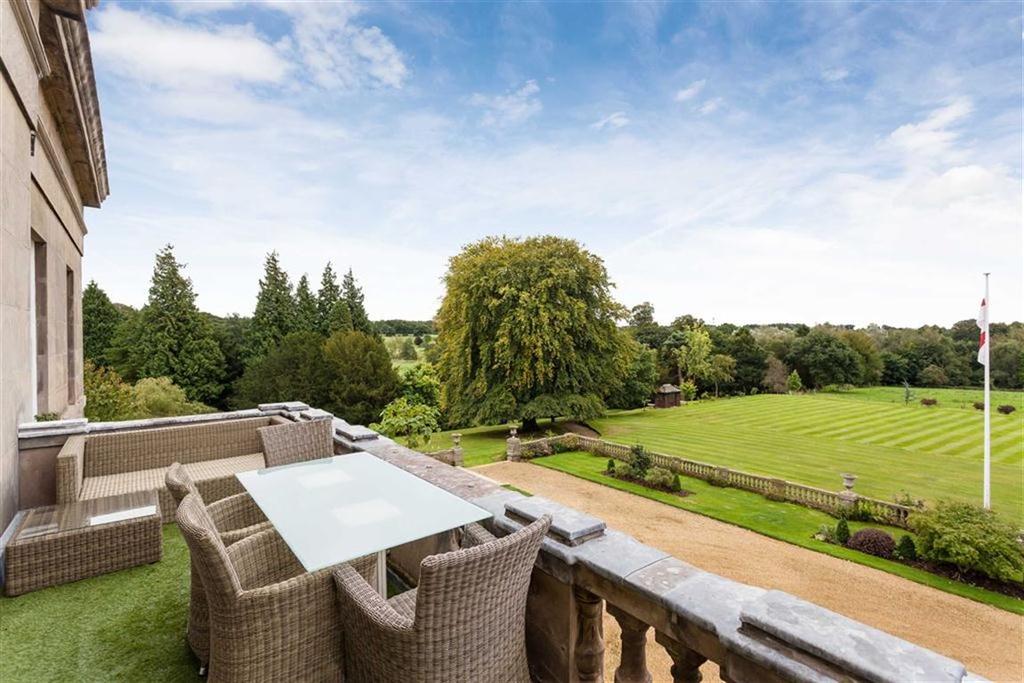 There are three bedrooms and a balcony garden with stone balustrades and wonderful southerly views across croquet lawn, garden and parkland beyond.

On the market with Andrew J Nowell & Co with OnTheMarket.com. See more details about this property. 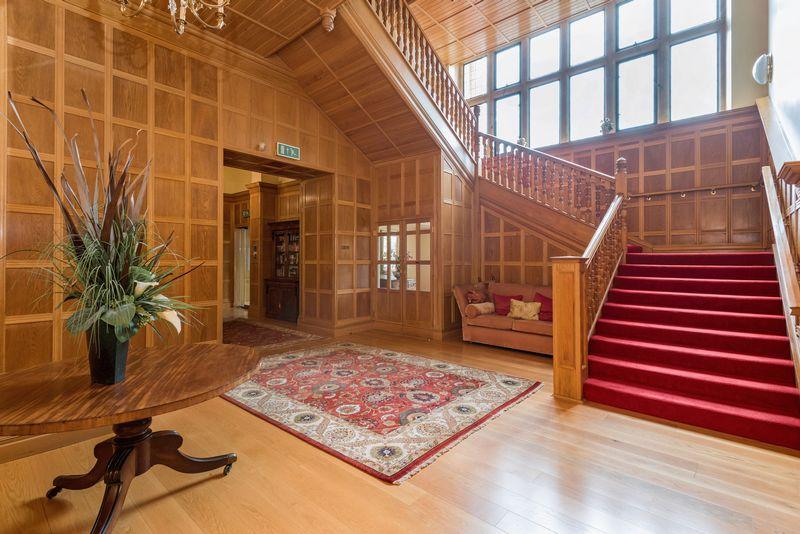 A country house in this part of Surrey could easily run to ten times the price of this three-bedroom apartment in Hatchford Manor, set in 12 acres of land. 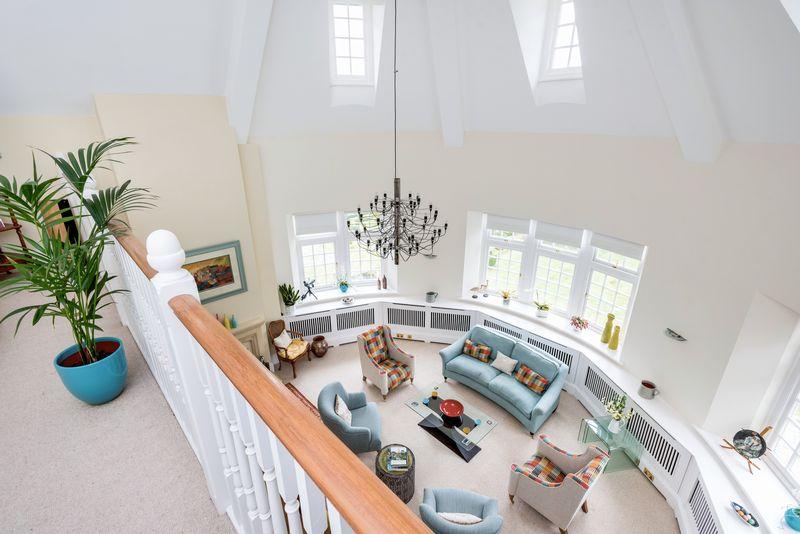 The oak-panelled entrance hallway leads to the huge staircase up to this second-floor home, which has an immediate sense of space – particularly in the double-height reception room with panoramic bay window and vaulted ceiling with mezzanine gallery.

On the market with Grosvenor Billingshurst with OnTheMarket.com. See more details about this property. 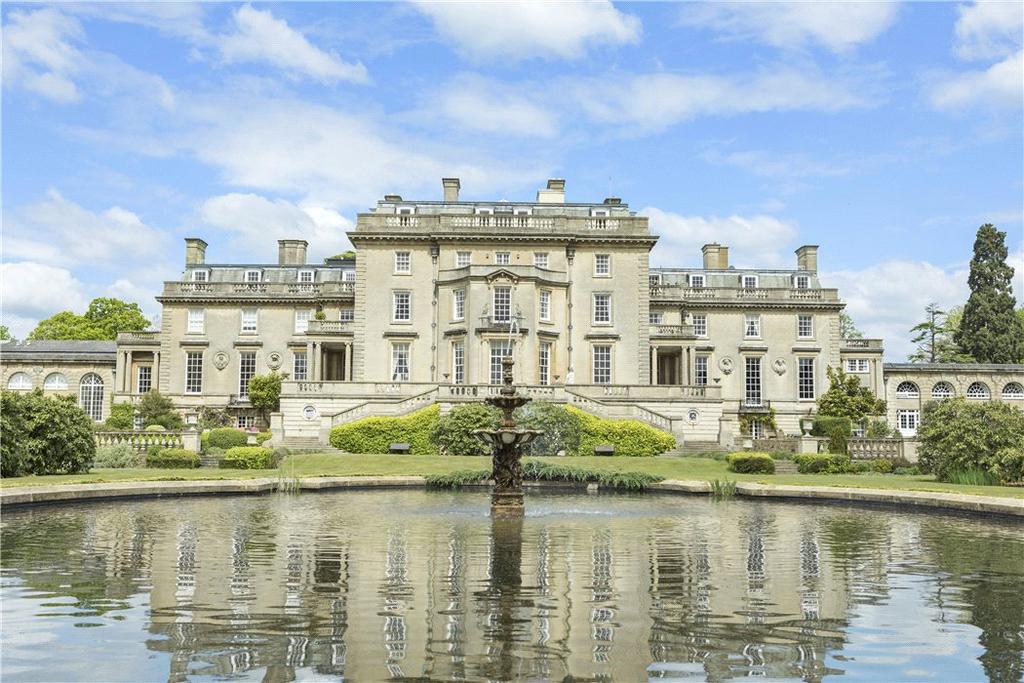 The Penthouse is a stunning three-bedroom suite apartment occupying the top floor of this impressive listed mansion in Ottershaw. 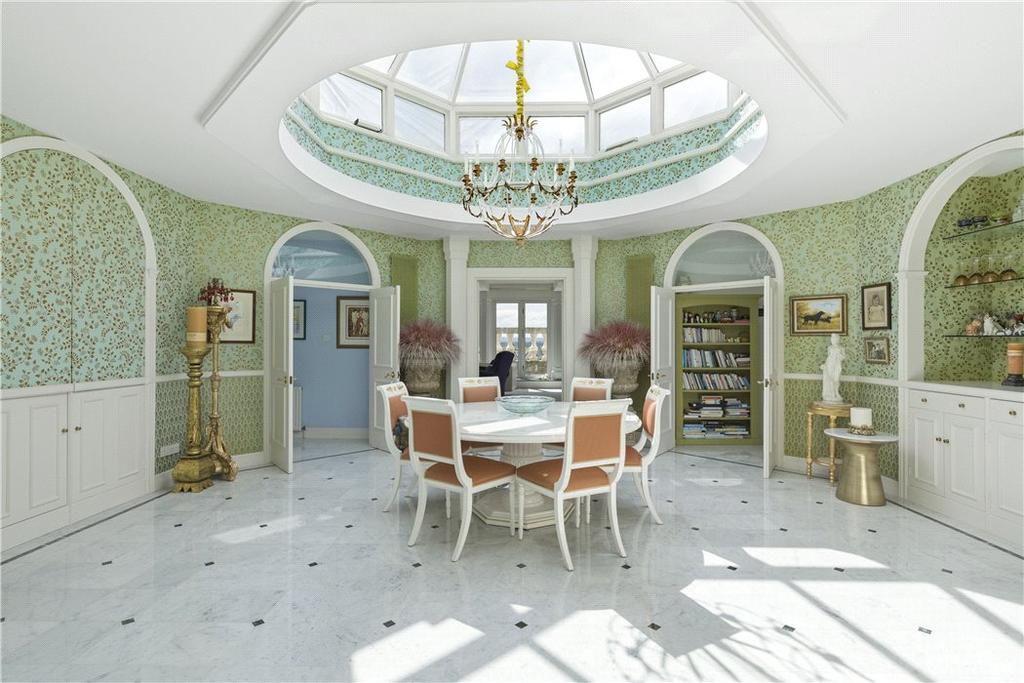 The apartment offers superb views across the Surrey countryside while communal areas include a swimming pool, recreation room, two tennis courts and a wine cellar – plus 13 acres of beautifully-maintained grounds and gardens including a paddock. Sandywell Park is the sort of Georgian, Grade II*-listed house that Cotswolds buyers dream of, all set in six acres of land near Whittington. This apartment, split over the first and second floors, has views which make the most of the splendour.

Three bedrooms, two bathrooms – and a garden with swimming pool which will make you feel like a millionaire, all in an apartment that comes in comfortably under the half-million pound mark.

The Grade II-listed Mayfield Grange is an Edward Pugin-designed building within extensive and beautifully maintained grounds that boast a formal area of sunken garden, a former cricket pitch, two areas of woodland and an extensive choice of footpaths nearby giving access to walks in the lovely surrounding countryside.

This two-bedroom ground-floor flat has direct access onto those lawns as well as a private outdoor area – it also has a huge kitchen-diner and sitting room.

On the market with Batcheller Monkhouse with OnTheMarket.com. See more details about this property. 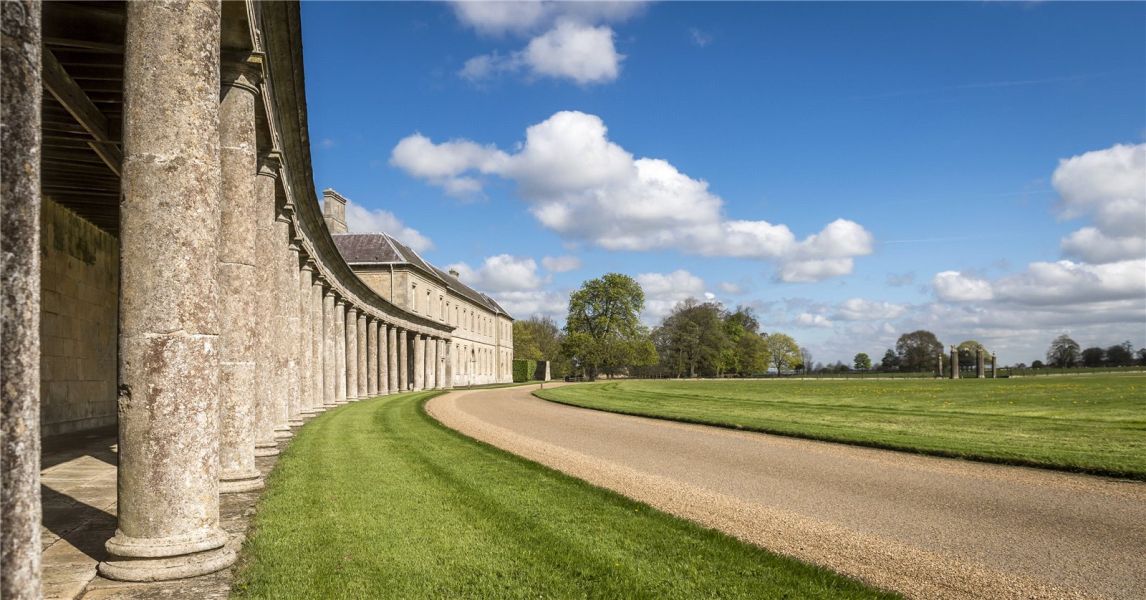 Cour d’Honneur is part of a Grade I-listed Palladian mansion at Burley on the Hill, a huge and imposing house which used to be even larger before part of it was destroyed in a 1908 fire. The fire started during a party at which Winston Churchill was a guest, incidentally. 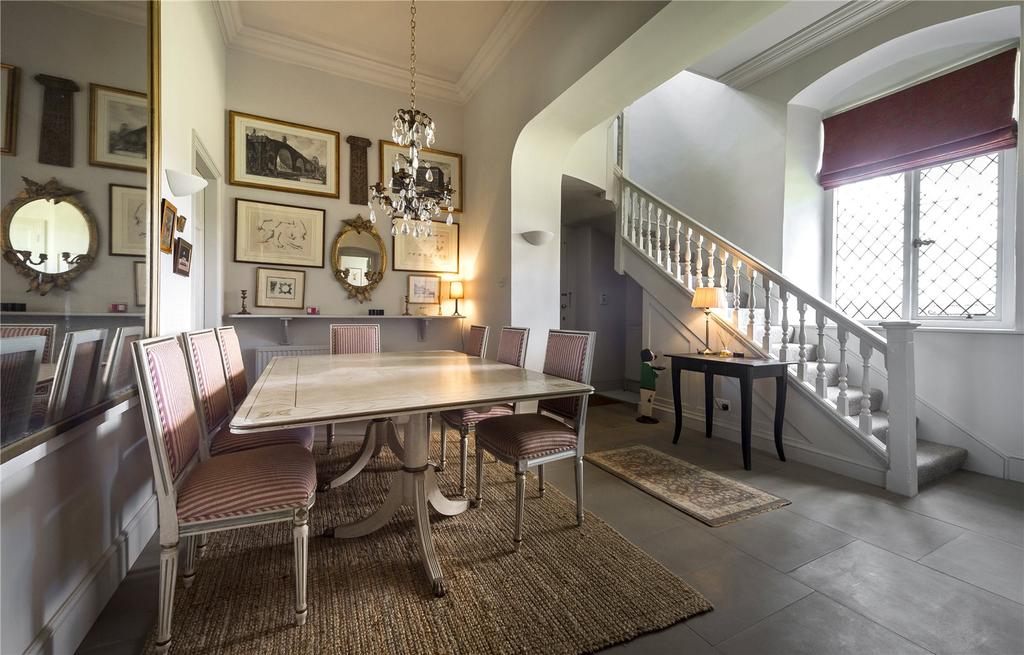 The place was converted into apartments by award-winning architect Kit Martin in the 1990s, and this four-bedroom, four-reception room section of the West Wing is as grand a home as you could wish for. It also comes with usage rights for the 67 acres of surrounding countryside.

On the market with Strutt & Parker. See more details about this property. 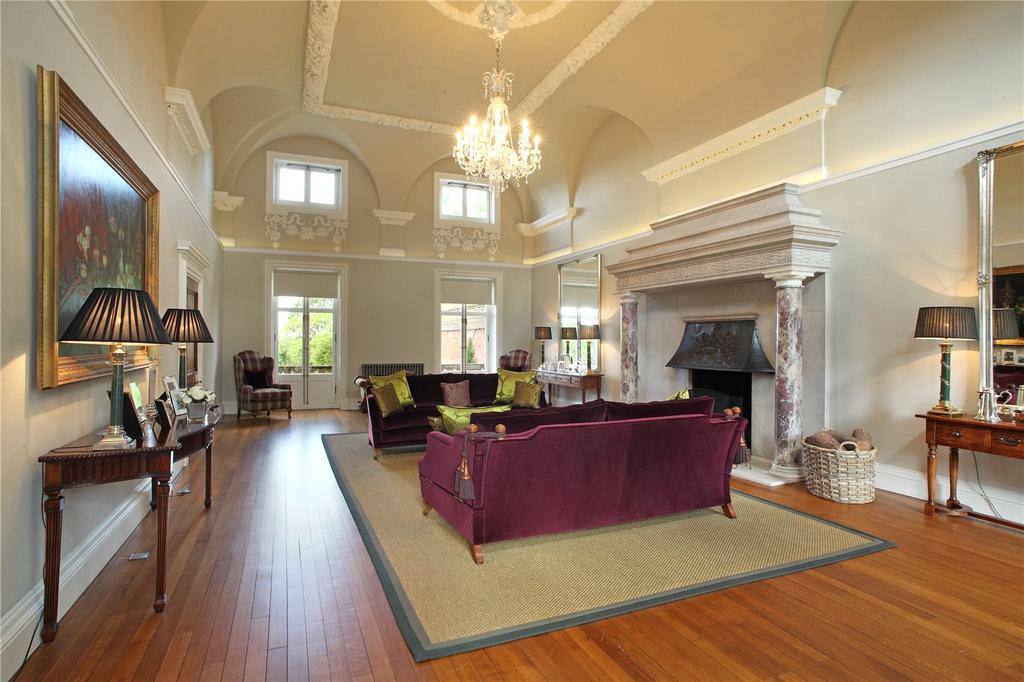 Some of the places on this page are apartments; this offers the entire wing – the West Wing, no less – of Patshull Park, a 1750 house built by the great James Gibb and placed within an estate landscaped by Capability Brown. Sadly a large chunk of the original estate no longer belongs to the house – it was ceded to the crown in lieu of death duties over half a century ago – but the Grade I-listed building has lost none of its charm, and has been restored to a stunning standard. 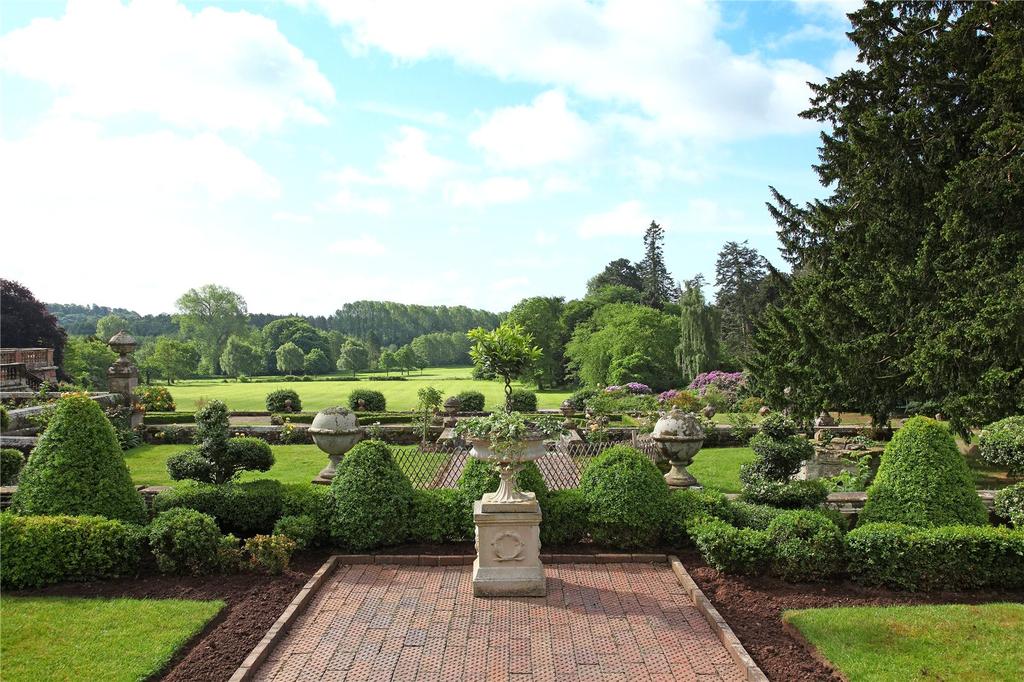 Accommodation in this home is set over four floors and includes five bedrooms, one of which is presently used as a gym with its own sauna.

On the market with Savills. See more details about this property. 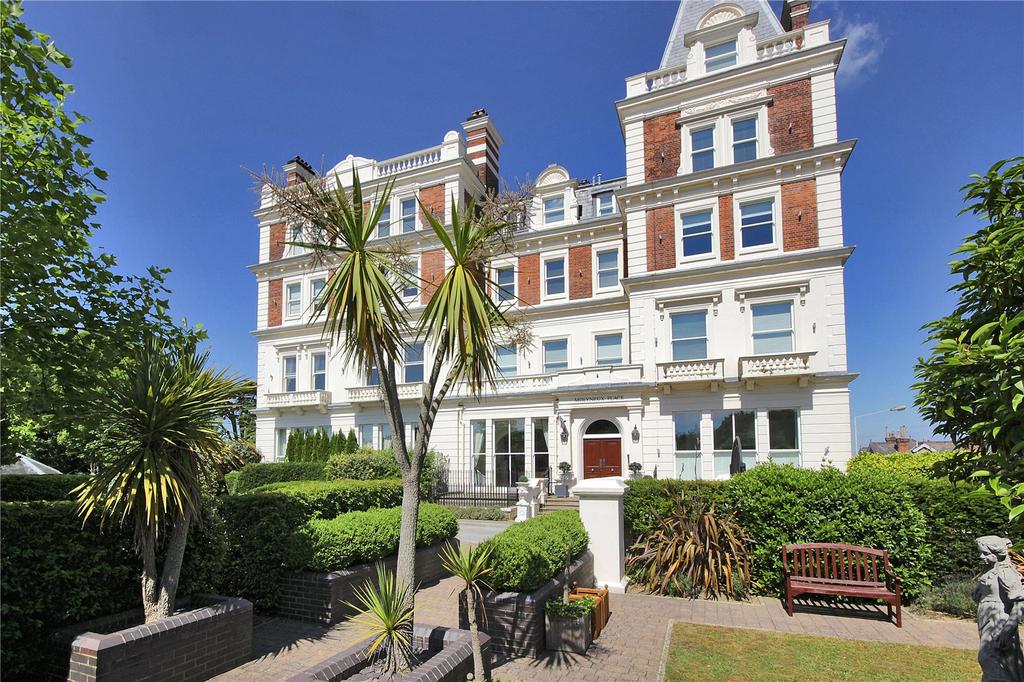 Molyneux Place is a superb Victorian landmark in Tunbridge Wells which dates back to 1860 – it was converted into flats in 2004. 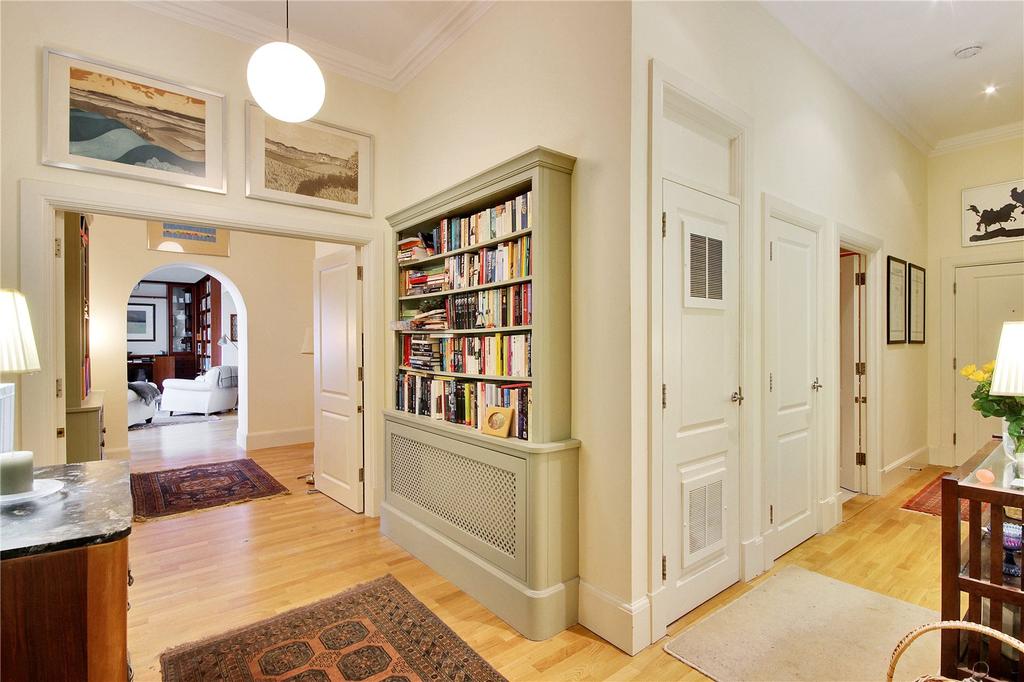 This particular two-bedroom example has beautiful high ceilings and a balcony, and is a short walk to the station for easy access to London.

On the market with Jackson-Stops & Staff. See more details about this property. 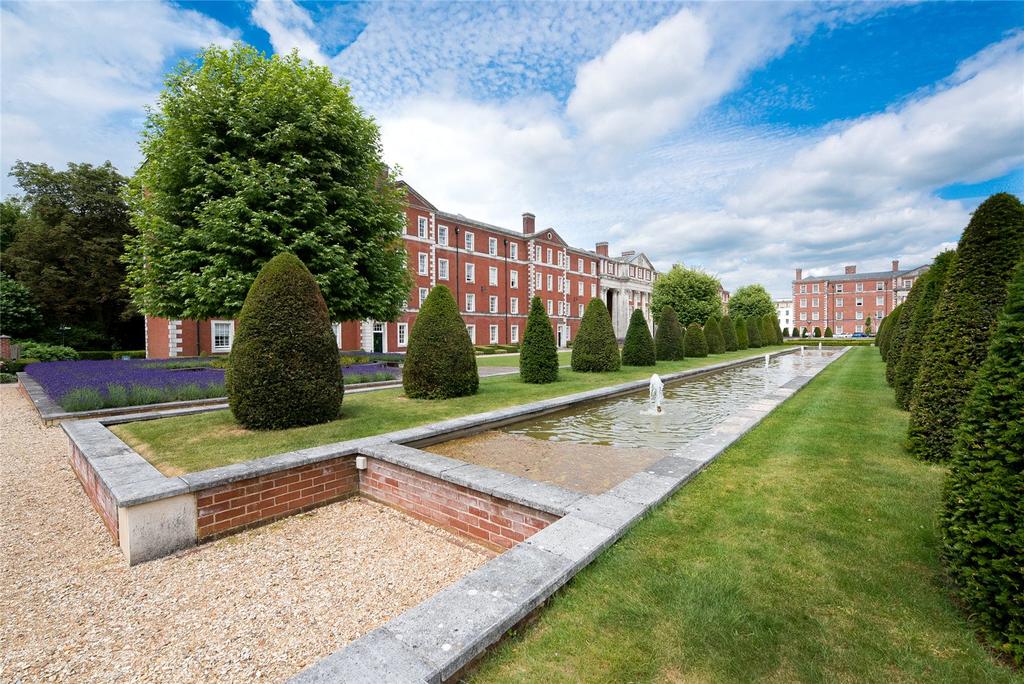 Peninsula Square was originally commissioned by King Charles I as a royal palace in the heart of this beautiful city, with the plans drawn up by Sir Christopher Wren himself.

Those plans were used once again when the building had to be rebuilt in 1904 – the three-bedroom apartment has at its heart a 21ft double-aspect reception room which makes the most of this splendid location.

On the market with Jackson-Stops & Staff. See more details about this property.