Is it all over for the once ubiquitous tea cosy? Debora Robertson investigates.

When I was growing up, I spent endless afternoons at my best friend Fiona’s house. Fiona’s granny lived with them. Mrs Flower had owned a wool shop and, even in retirement, her fingers were seldom still. She was always knitting and, invariably, what she was knitting was tea cosies.

They were rippled and thick, in contrasting shades of wool and her combinations (orange and green, brown and yellow, hot pink and red) were the height of 1970s chic.

In her lifetime, Mrs Flower must have knitted hundreds – possibly thousands – of them, for her family, for friends and, particularly, for church sales, village fêtes and countless other good causes. Those tea cosies for Jesus spread across the county and, even today, when I go to my parents’ house, one of them still sits proudly on the teapot there.

The first documented tea cosy dates from 1867, although they probably existed before then. When, in 1840, Anna Maria, the 7th Duchess of Bedford, made taking afternoon tea fashionable, this ritualised splendour of doing nothing much led to manufacturers creating a wealth of products in order to do it beautifully. It’s not difficult to imagine tea cosies, sugar tongs and cake stands making the grade on smart shopping lists.

‘This once-totemic symbol of our nation’s domestic life has become increasingly difficult to track down.’

During the Second World War, British soldiers recuperating in military hospitals in Ceylon (now Sri Lanka) knitted and embroidered tea cosies both to avoid boredom and as a reminder of life at home – a life of tea, family and the warmth of your own kitchen.

For many of us – girls, at least – making a tea cosy, along with those other seldom-seen items, such as needle cases and pen wipes, was one of our first sewing lessons at school.

However, this once-totemic symbol of our nation’s domestic life has become increasingly difficult to track down. John Lewis, that reliable barometer of domestic tastes, lists only one tea cosy in its online emporium.

‘Have tea cosies gone the way of the knitted loo-roll cover, now rarely seen in captivity?’

You sometimes see them, heavily branded, in gift shops, but one feels these are destined never to be warmed by a pot, but to sit on some distant kitchen shelf in Topeka or Tokyo, a memory of a visit.

Have tea cosies gone the way of the knitted loo-roll cover, now rarely seen in captivity? Do they share the same fate as the scented soap, a gift to be given only when you’ve absolutely run out of inspiration?

Jane Pettigrew, course director at the UK Tea Academy and author of World of Tea: Discovering Producing Regions and Their Teas, has some thoughts on their demise. ‘The reason for the disappearance of the tea cosy is that few people today brew their tea in a teapot, instead simply throwing a teabag into a mug or cup,’ she theorises. 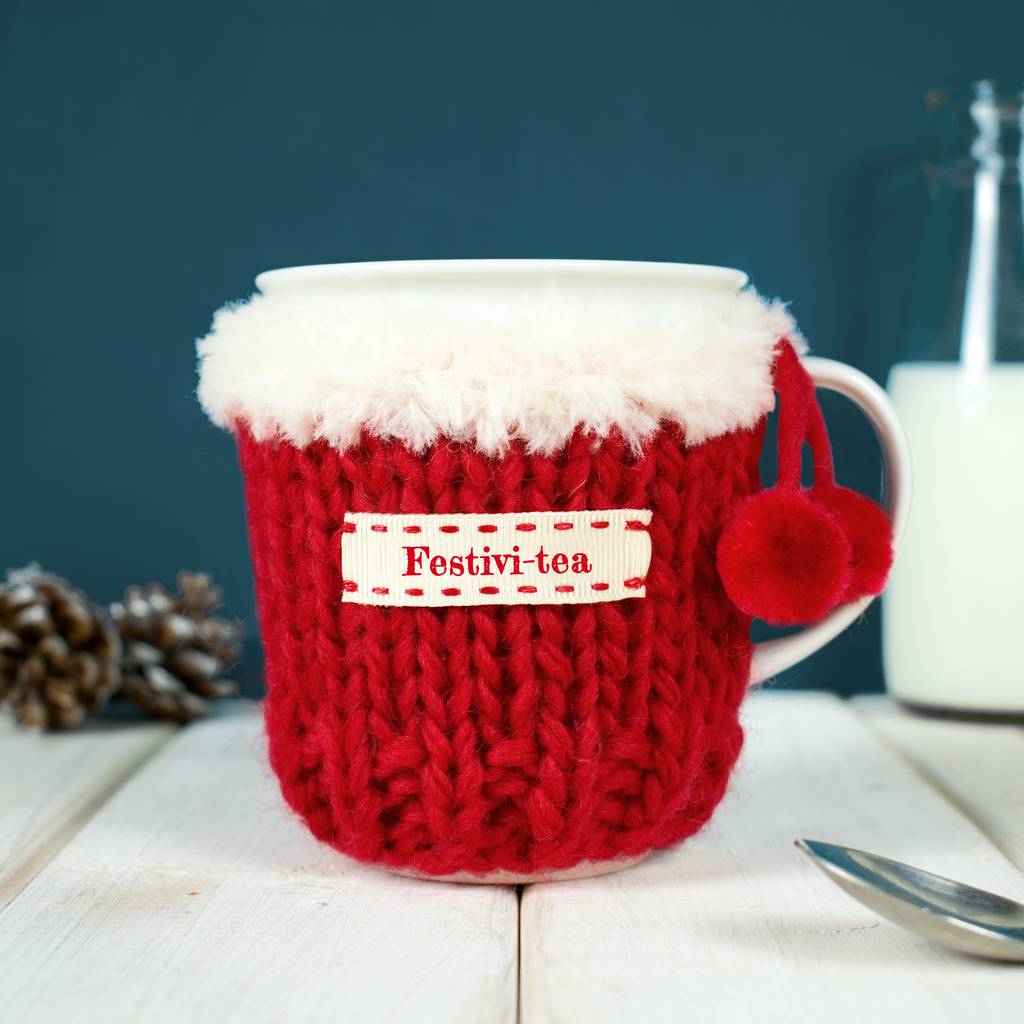 ‘Another reason may be that today’s trendy teapots are often quite small, so the tea is poured out more quickly and doesn’t need to be kept hot for so long.’

She adds: ‘I almost always use a teapot at home and I do use a cosy if there’s tea inside to keep hot, but, before covering the pot, I always remove the loose leaves, leaving just the brewed liquor inside. If the tealeaves remain in the pot, they overbrew and make the tea bitter and unpleasant.’

Perhaps reports of the cosy’s demise are premature. It may be difficult to find lovely examples in shops, but crafters seem to be doing a brisk business online at outlets such as Etsy  and Not on the High Street.

Lynne Seaton was an architect before she started her knitting company, My Baboo, in Scotland’s Campsie Fells. Her charming tea cosies, in the shapes of elephants, Highland cattle and green hills topped with sheep, are her best sellers. ‘When I go to shows, my tea cosies always sell out first,’ she confirms. ‘I think people appreciate the craftsmanship and that they’re a real Scottish product.

‘Never trust a man who, when left alone with a tea cosy, doesn’t try it on.’

‘The wool I use comes from a mill just north of Aberdeen, which was established in 1798. I send them all over the world, to America, Australia, Japan and China. I think they’re a sign of home. They’re part of the kitchen and part of the routine of making tea, sitting and drinking. Their appeal is that they give you a good excuse to take your time and focus on small pleasures.’

Whether you’re a fan of the tea cosy or not, we can all agree with the words of Billy Connolly: ‘Never trust a man who, when left alone with a tea cosy, doesn’t try it on.’

Woodpeckers submit their poor heads to punishment which would devastate most creatures, yet as far as we know they fly

It's repeated so often these days that we've come to regard it as a truism, but are apples and oranges

The strange layout of keyboards in the Anglophone world is as bafflingly illogical. Martin Fone, author of 'Fifty Curious Questions',

Nothing says 'Spring is here' better than that wonderful aroma of newly-cut lawn. Martin Fone, author of 'Fifty Curious Questions',