Let's not beat around the bush: Great Britain has the finest national flag in the world. So you really ought to know which way round it goes. Victoria Marston explains.

The first Union Flag, incorporating just the crosses of St George (a red cross on a white background) and St Andrew (a white saltire on a blue background), was introduced when James VI of Scotland took the English throne in 1603.

Then, 198 years later, after Great Britain and Ireland formed the United Kingdom in 1801, the cross of St Patrick was added: a red saltire on a white background. Ever since, people have been flying the flag upside down at least as often as they do the right way up.

Wales isn’t represented on the flag because it had been annexed to England in 1536, and therefore wasn’t a kingdom in its own right, but Welsh nationalists have long campaigned for some sort of tweak to the flag, probably along these lines:

It may not follow the strict rules of heraldry and/or constitutional history, but it would make it an awful lot easier to ensure the flag wasn’t upside down.

In the meantime, however, how do you know which way up the flag should go? 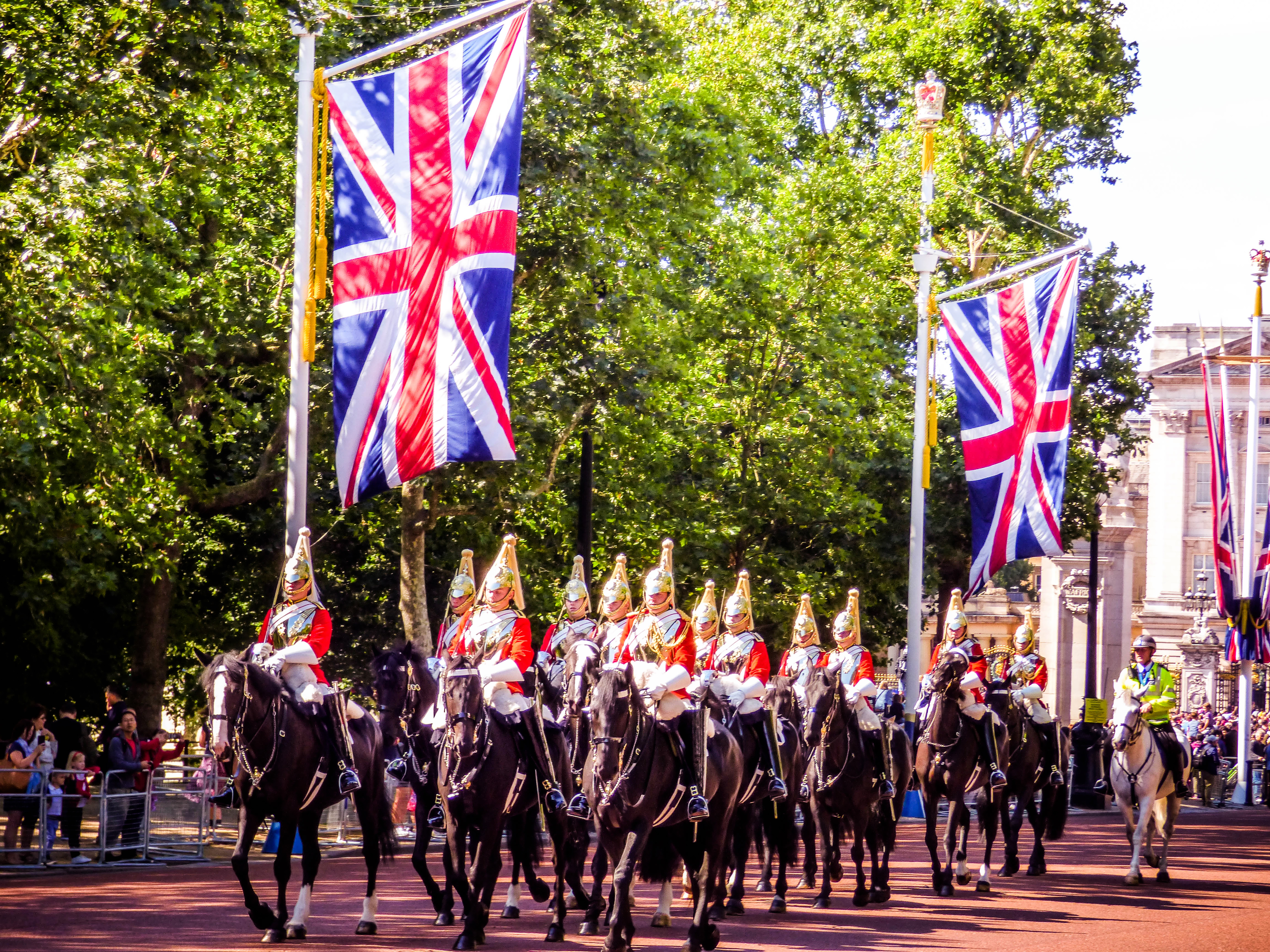 Flying upside down isn’t the only controversy that surrounds the Union Flag: daring to call it by the ‘wrong’ name is another. For years, pub bores would tell you that the flag could only properly be called the Union Jack when flown at sea, the name apparently referring to the nation’s jack flying from the jackstaff.

Well, next time somebody tries to tell you that, you can smugly inform them that what they’re saying simply isn’t true. Parliament itself has decreed that ‘Jack’ is actually a shortening of Jacobus, Latin for James – as in James I/VI – and that the term Union Jack can therefore be used on land.

Unlike many other nations, we have no laws governing the use or abuse of the Union Flag. Protesters are perfectly welcome to use it in any manner they desire to make their point.

Photo: US Library of Congress archive

The lack of desecration rules also means that designers can – and do – reproduce it on anything from cars to knickers.

Even other flag designers have used it, and not just those from Commonwealth countries: despite never actually being under British rule, Hawaii flew the Union Flag from about 1794 to 1816 to demonstrate British protection. It remains a part of the American state’s flag to this day.

The rest of Europe drives on the right, so why do the British drive on the left? Martin Fone, author

The strange layout of keyboards in the Anglophone world is as bafflingly illogical. Martin Fone, author of 'Fifty Curious Questions',

It's repeated so often these days that we've come to regard it as a truism, but are apples and oranges