British actors are simply the best in the world at being bad. Jonathan Self explains why.

It’s a great read – and if you missed it, here’s the link.

But why should it be that Brits make such good baddies? Jonathan Self investigates.

Everybody is aware, as Thomas De Quincey more or less put it, of the divine pleasures that attend a wintry fireside: candles at four o’clock, warm hearthrugs, tea, curtains flowing in ample draperies to the floor and a DVD—or, if you’re digitally minded, a download—to watch.

In our house, between now and the end of the Christmas holidays, we will sit together and view about a dozen films. As I have a large family, finding something that suits all concerned can be tricky (not to say contentious) and so, to make it easier, I try to choose a theme.

One year, for example, I showed only space movies and, another year, I restricted us to talking animals (more options than you might imagine—allow me to recommend Antz, Animal Farm and the original Planet of the Apes). This year, inspired by something Barry Norman said—‘When Hollywood wants someone to play the bad guy, it casts a Brit’—I’ve opted for films featuring British villains.

It’s a remarkably wide field. Helen Mirren became so annoyed by this that back in 2010 she complained to an interviewer: ‘I think it’s rather unfortunate that the villain in every movie is always British. We are such an easy target. We’re not snooty, stuck-up, malevolent, malignant creatures as we’re often portrayed.’

Like it or nor, Dame Helen, we’re set to remain an easy target for some time to come. And there are several good reasons why.

One popular explanation is that American actors are reluctant to play anyone behaving poorly because some audiences on that side of the Atlantic are incapable of differentiating between reality and make-believe. There is plenty of evidence to back this up. Take, for example, the criticism Robert Redford experienced after The Great Waldo Pepper. Many fans never forgave him for the scene in which he fails to save an innocent girl from plunging to her death. 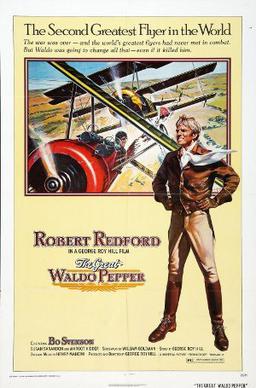 Much the same happened, incidentally, to Michael Douglas when he played William Foster, a man who has a mental breakdown and turns to violence, in Falling Down. One can imagine American stars saying to themselves: ‘Why risk damaging my reputation when there are plenty of Limeys to take the heat?’

Any villain worth outsmarting must be sophisticated, cool and intelligent. Without wishing to sound unduly jingoistic, this surely rules out many other races.

Furthermore, when our brave thespians are portraying someone wicked, they generally do so in clipped, upper-class tones. For an anti-hero to be believable, he or she must hold some power. Anyone who speaks with a posh accent must, perforce, come from a well-off and powerful background.

Then there is the possibility of a brooding resentment over our unwillingness, a few hundred years ago, to grant America nation status. The idea that the Americans may not yet be over the War of Independence is not that farfetched when one considers that the Scottish still resent Culloden and, for Australians, Gallipoli is very much a live issue.

Either way, Duncan Spaeth, a Princeton professor, summarised many of his fellow countrymen’s opinion of us, when he said: ‘I know why the sun never sets on the British Empire: God wouldn’t trust an Englishman in the dark.’ Britain was a colonial power, colonialism is evil, ergo all criminals are best played by British actors.

We indulge, as a people, in two decidedly dubious pastimes: irony and understatement. What could be more un-American — for which read unsavoury — than that? One can almost hear casting directors’ cogs clicking away. And that sang froid also adds something chilling: ‘The English,’ as Alexander Woollcott remarked, ‘have an extraordinary ability for flying into a great calm.’

It has to be said that, in some cases, our usefulness as fall guys must be put down to expediency. For years, many American films were shot in the UK and, as Equity, the actors’ union, limited the number of American citizens who could work here, it was natural for the makers to turn to local talent.

British film actors are more likely to be formally trained. Most will have performed Shakespeare, who created the ultimate British villains—complex, appealing and subtle—with fascinating back stories and believable motivations.

So while anyone can be a goodie, it’s much, much harder to pull off being a baddie. Mark Strong, who has made evil malefactors something of a speciality, put it well: ‘I love playing these types of roles; you’ve got a hell of a lot to get hold of.’

Quite so – and British actors seem to ‘get hold of’ these roles a lot better than anyone else.The fact of the matter is that when it is a matter of villainy, we British simply do it better.