St Adrians is a dream of a house: the delightful features of a fine country house, yet not so big as to be unmanageable and located in a heartbreakingly pretty spot.

The village of Pittenweem in Fife lies across the Firth of Forth from East Lothian and Edinburgh, with the golfing mecca of St Andrews just a few miles to the north. And it’s a delightful place.

Picture-perfect little cottages hug the medieval harbour wall; the winding streets pass by picturesque churches, art galleries and craft shops. In the heart of the village there’s even a smugglers’ cave-turned-chapel – which has been used in the area for over 1,000 years – while the local fish and chip shop is one of the best in Britain. 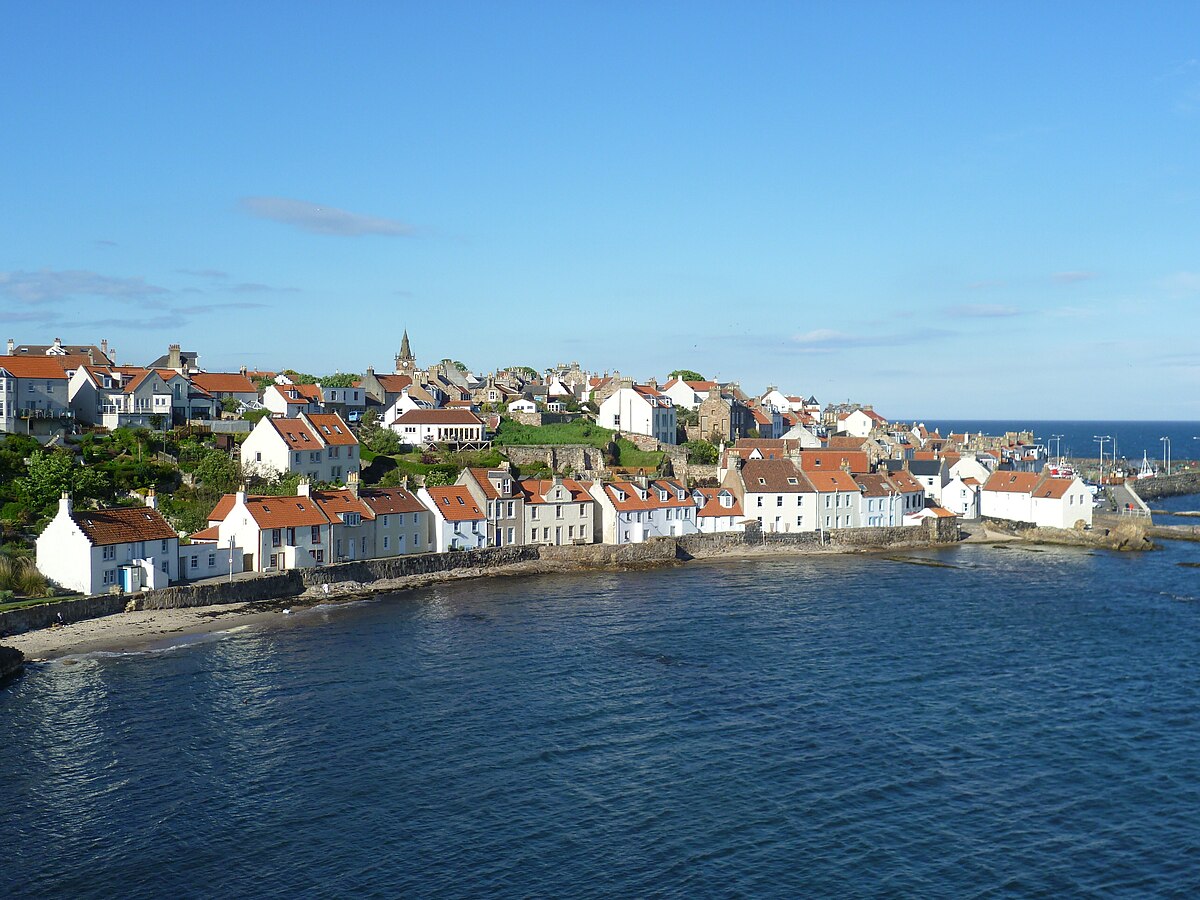 On the outskirts of the centre of Pittenweem, a house has come on to the market which is every inch the archetypal country house while benefitting from a location just a short stroll from the village’s amenities.

St Adrians is an Edwardian four-bedroom, four reception room home – on the market via Savills, at offers over £795,000 – which will present a sorely tempting prospect for those on the lookout for a family home in the area.

Downstairs there is a dining kitchen (plus butler’s pantry) designed by Clive Christian; he also did the bathrooms. There’s also a huge sitting room, separate dining room, family room and study.

Upstairs there are four large bedrooms plus a box room, two of which are en-suite, and a family bathroom with a free-standing bath.

While the space itself is a huge boon, what stands out for us is what has been done with the 5,000 sq ft on offer.

The study looks like the sort of place Arthur Conan Doyle might have penned a Sherlock Holmes story, for example, while there’s a baby grand piano in the sitting room.

Even the hallway is beyond the norm: with sofas, a fireplace and thoughtful lighting, what could have been merely a grand but impersonal wood-panelled area leading to the sweeping staircase feels like a vibrant part of the living space.

We’ve not even started on the gardens yet, which take in walled formal gardens and water features as well as a large lawn area, gazebo, garage and garden store tucked away.

St Adrians in Pittenweem is for sale through Savills at offers over £795,000 – see more pictures and details.

What better day to celebrate some of Scotland's most stunning locations than St Andrew's Day? Here's our pick of 10

This lovely castle is a dream find for lovers of history, or golf: it's just a few miles from St