Boys Hall is full of surprises and secrets, as well as the potential to be a rare and incredible modern family home.

The front door and sparse barge boarding which peers out from Boys Hall’s swathes of greenery begets its vast size. Amazingly, over 1,000 square feet of beautifully laid-out accommodation hides behind the trees, currently on the market with Savills at a guide price of £1.55 million. 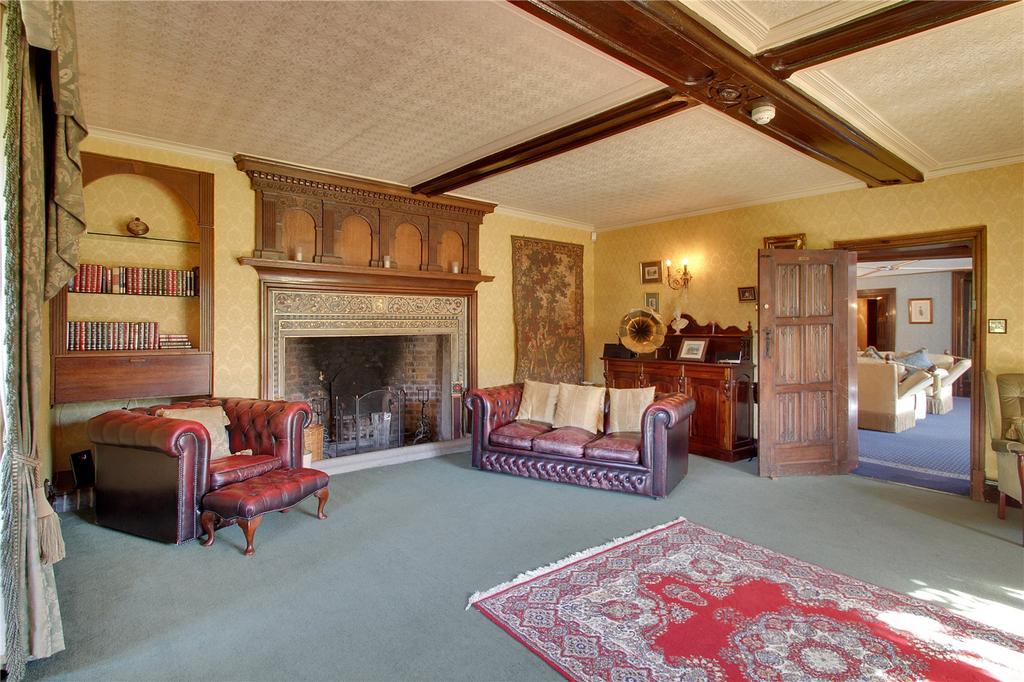 Believed to have been built by Thomas Boys and his wife in the early 17th century, the property was noticeably extended in 1632. An impressive family, Thomas’ brothers were respectively Archdeacon of Canterbury Cathedral and keeper of Dover Castle and the family still has their own vault in the Cathedral.

The Hall itself is unsurprisingly Grade II-listed with many elements which make it both historically and architecturally significant. Exceptional fireplaces are dotted throughout the property, as well as impressively carved oat door casements and a beautiful oak staircase leading to the upper floors. 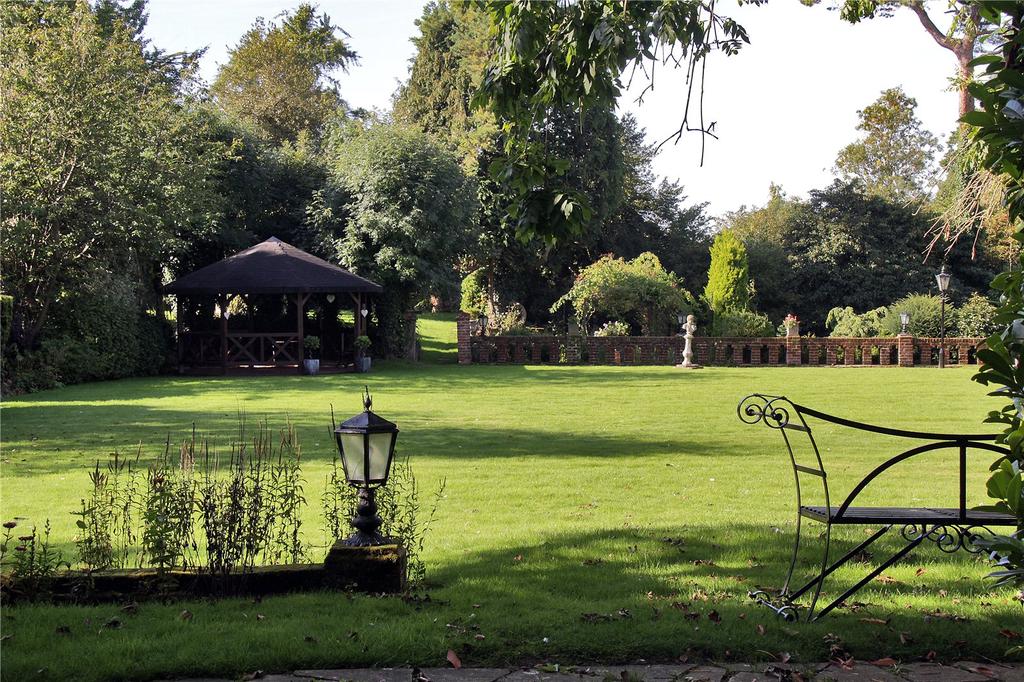 The west side of the house boasts a drawing room with beautiful mullioned windows and one such fireplace, decked in Kentish marble and gilding. Through the reception hall to the east is the grand dining room, capable of sitting 30, with stone hearth, conveniently accessible from the kitchen. Joining these on the lower floor is a study, a sitting room with a home bar and a large conservatory that doubles as a function room. 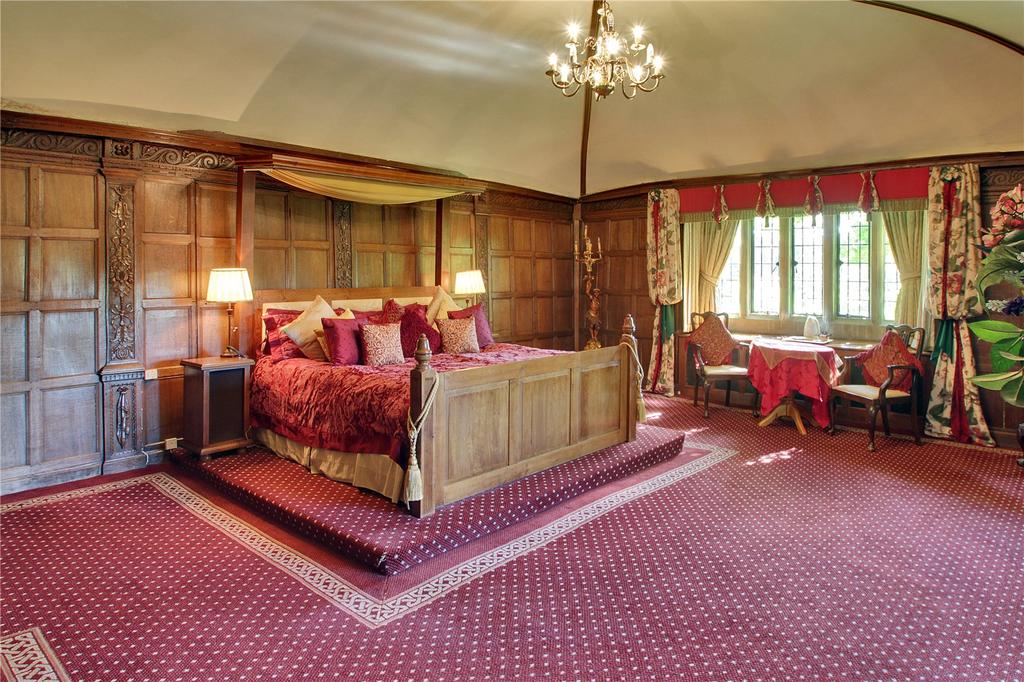 With a house so clearly built for entertaining, it’s unsurprising that the upper floors of Boys Hall have ten bedrooms between them, all lucky enough to have their own ensuite bathroom. One bedroom on the upper floor has it’s own dressing room and the master suite is impressive, decked in intricate carving with a regal platform for the bed. The carved panels are believed to have been a gift from Windsor Castle. 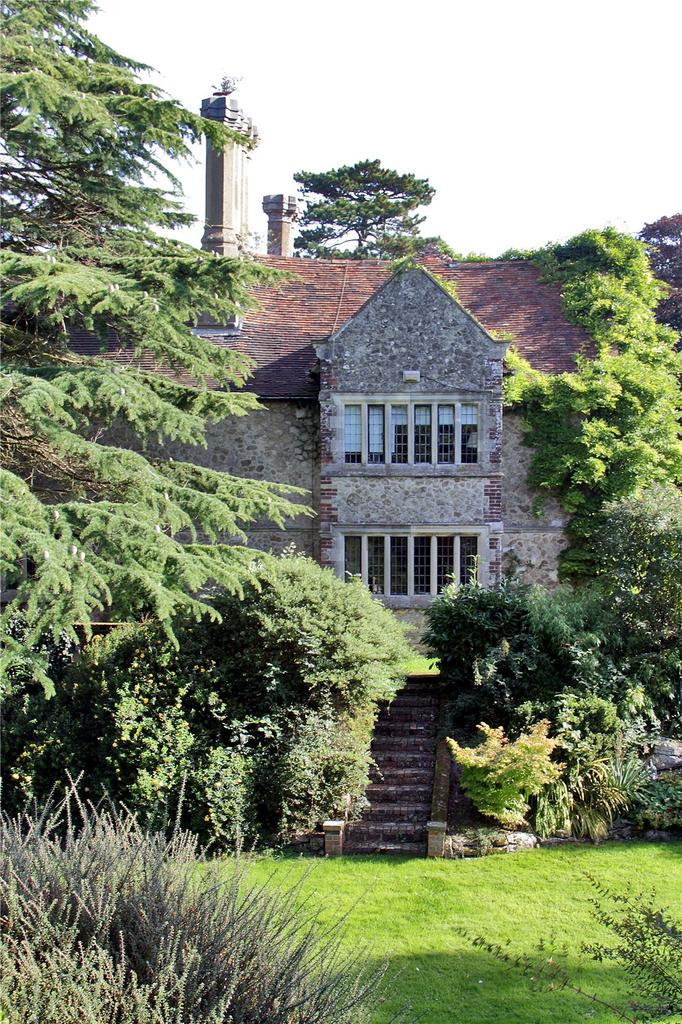 For those who prefer a modern look, Boys Hall’s grand interiors will need some dedicated updating – however, for anyone who delights in period charm, a few coats of paint and some tender love and care would suffice to turn the Hall into a stunning modern home. The conservatory floor hides an interesting secret under its floorboards – an unused swimming pool which could be restored if the new owners wished. 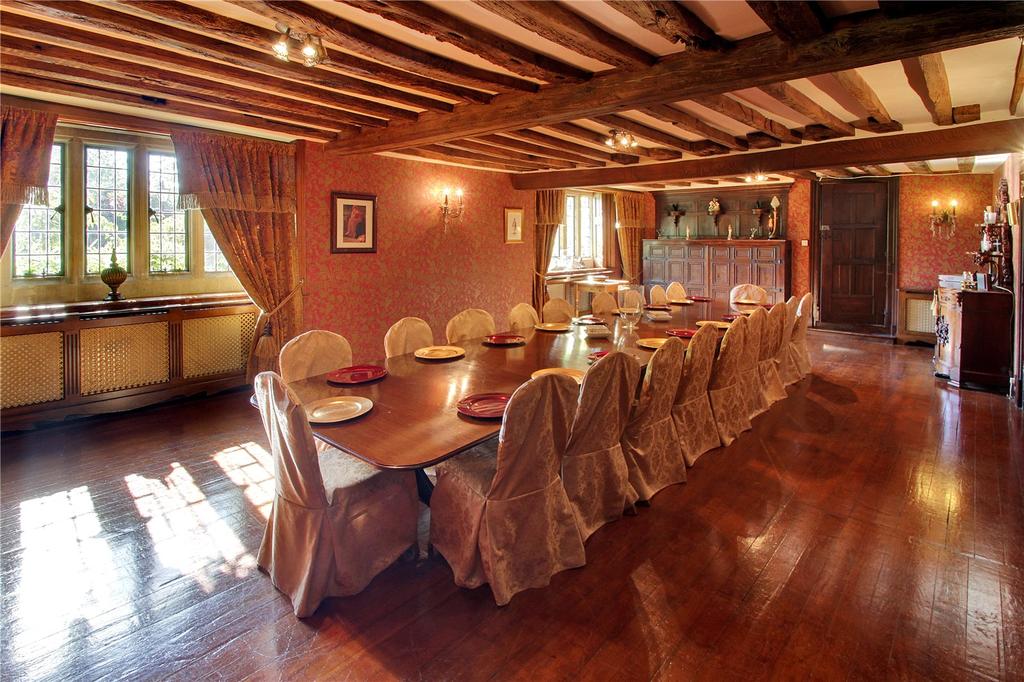 The Victorian stable block could also be restored or reimagined for a different use.

The grounds need little work but will need maintaining to remain as gorgeous as they are. The numerous ancient trees, including a lovely mulberry, offer privacy to the house and grounds. A former hard tennis court now forms part of the large walled garden, and a purposely-wild garden hides a charming pond.

Boys Hall is on the market with Savills at a guide price of £1.55 million. Click here for more information and images.