Trending:
David Niven's childhood home on the Isle of Wight, Rose Cottage, is up for sale. Credit: Hose Rhodes Dickson

The house where the great British actor David Niven spent his idyllic teenage summers has come to the market on the Isle of Wight — and the place looks every bit as charming now as it was then.

David Niven’s The Moon’s a Balloon is one of the finest — and funniest — Hollywood memoirs ever written. Its insights into Niven’s life as an actor are the stuff of legend from his early breakthroughs to his dalliances with leading ladies to his days playing cricket with Errol Flynn and Laurence Olivier as part of the Hollywood Cricket Club.

Yet for all that, the book’s early sections about Niven’s rather unusual upbringing are every bit as lively and entertaining as the passages dropping names of Golden Age A-listers. The years he spent living on the Isle of Wight are a perfect example.

When not at boarding school Niven lived at Rose Cottage in Bembridge with his mother, Henrietta, and his older brother Henry, while his rather unloved stepfather ‘Uncle Tommy’ (aka Sir Thomas Comyn-Platt) was kept at arm’s length. Niven wrote about those times in The Moon’s a Balloon

‘It became necessary for the house in London to be sold and our permanent address was now as advertised — a cottage which had a reputation for unreliability.

‘When the East wind blew, the front door got stuck and when the West wind blew, the back door could not be opened – only the combined weight of the family seemed to keep it anchored to the ground.

‘I adored it and was happier there than I had ever been, especially because, with a rare flash of genius, my mother decided that during the holidays she would be alone with her children.’

‘Uncle Tommy was barred – I don’t know where he went – to the Carlton Club I suppose.’

The drafts have long been eradicated, but the charm remains as you can see in the pictures on this page of a home which is currently for sale at £975,000 with Hose Rhodes Dickson via OnTheMarket.com. 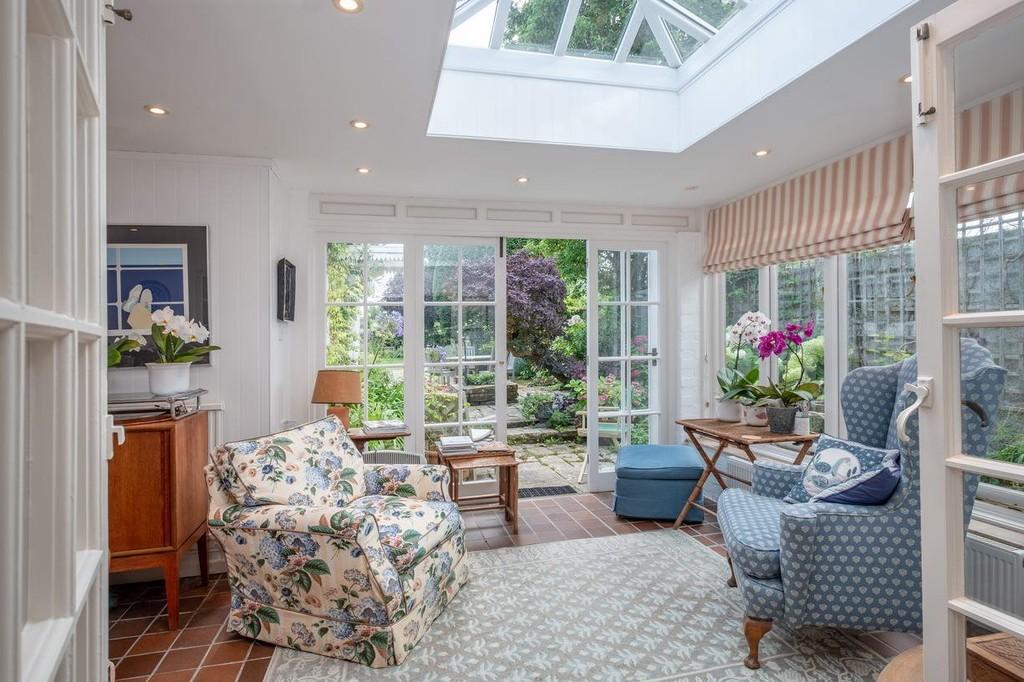 Part of the reason that the young Niven enjoyed his school holidays in Bembridge so much is that his mother saw very clearly that her two teenage sons needed space and freedom to let their hair down — so much so, in fact, that she built an extension to the rear of the house which was quickly dubbed the ‘Sin Wing’. 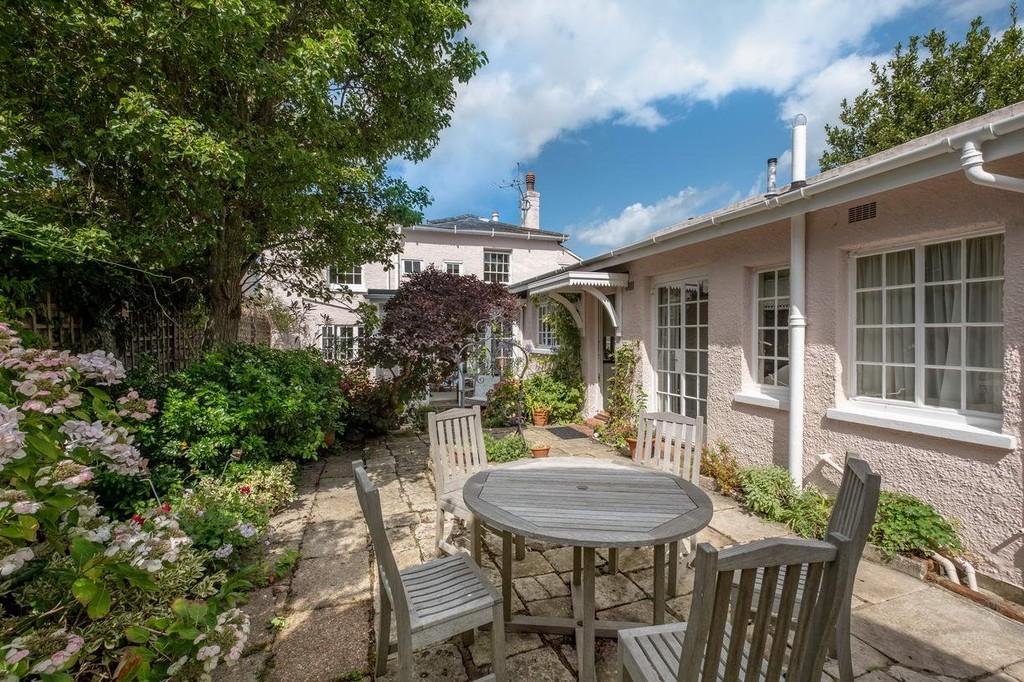 ‘David and his brother used to come in rather noisily at night and his mother got a bit cross so she built two bedrooms and a bathroom at the back,’ explains the vendor Margaret Flory, who has owned the house for 36 years.

‘David talked fondly of it and kept it until after the war.’ 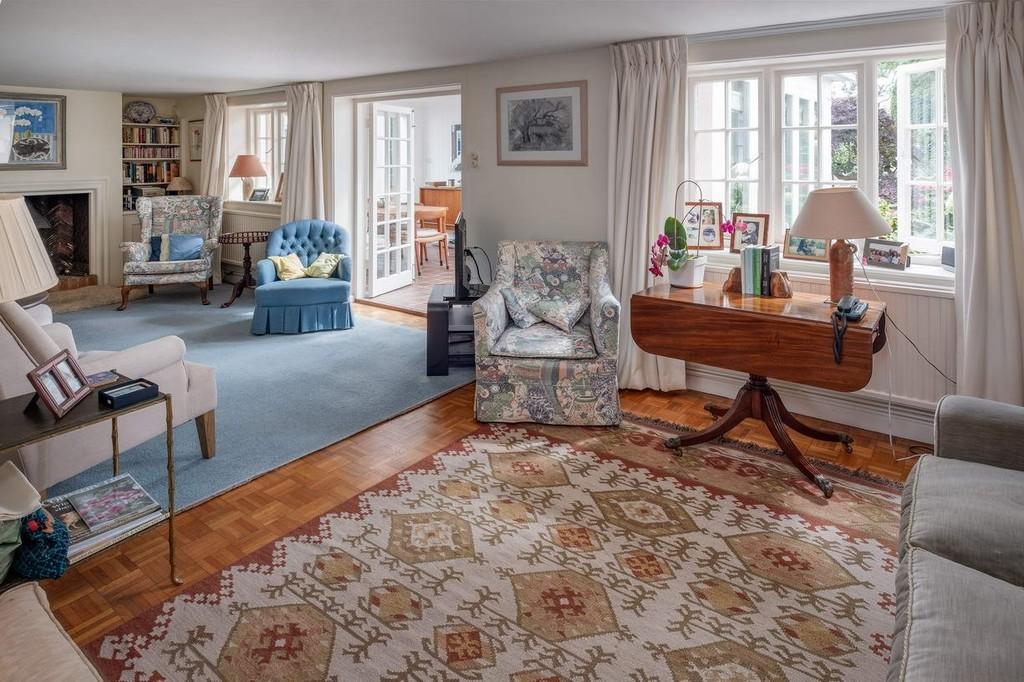 The ‘Sin Wing’ still has two bedrooms, both of which have french doors onto the pretty gardens, and also houses the kitchen-breakfast room, which was put in by Smallbone of Devizes. 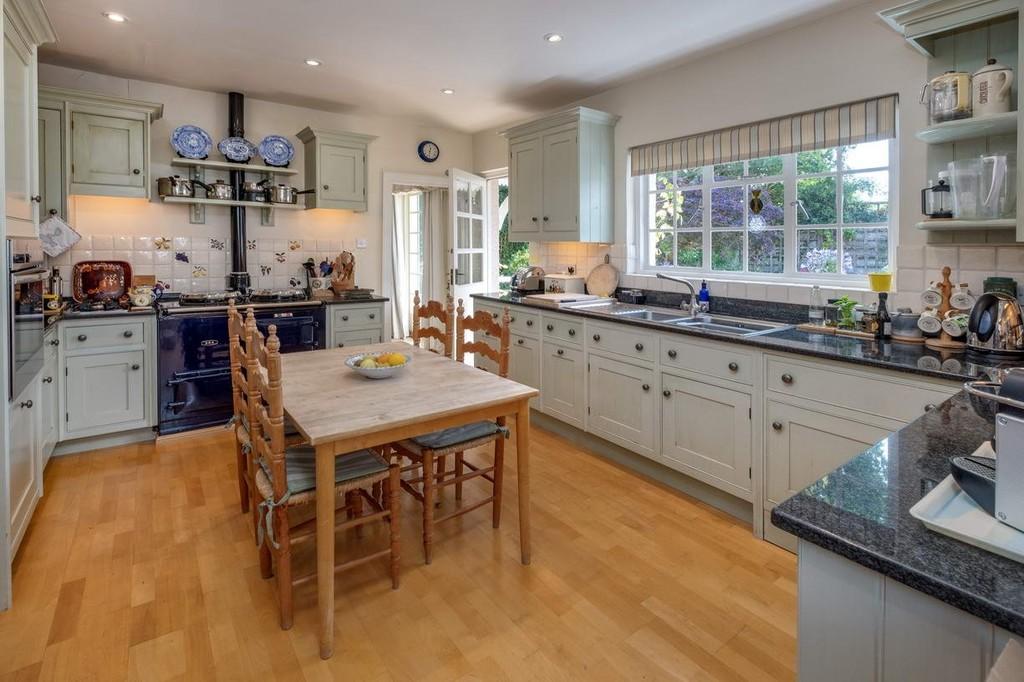 The rest of the ground floor includes a lovely garden room, an l-shaped sitting room and a dining room-come-hallway with a parquet floor, piano and beamed ceiling. 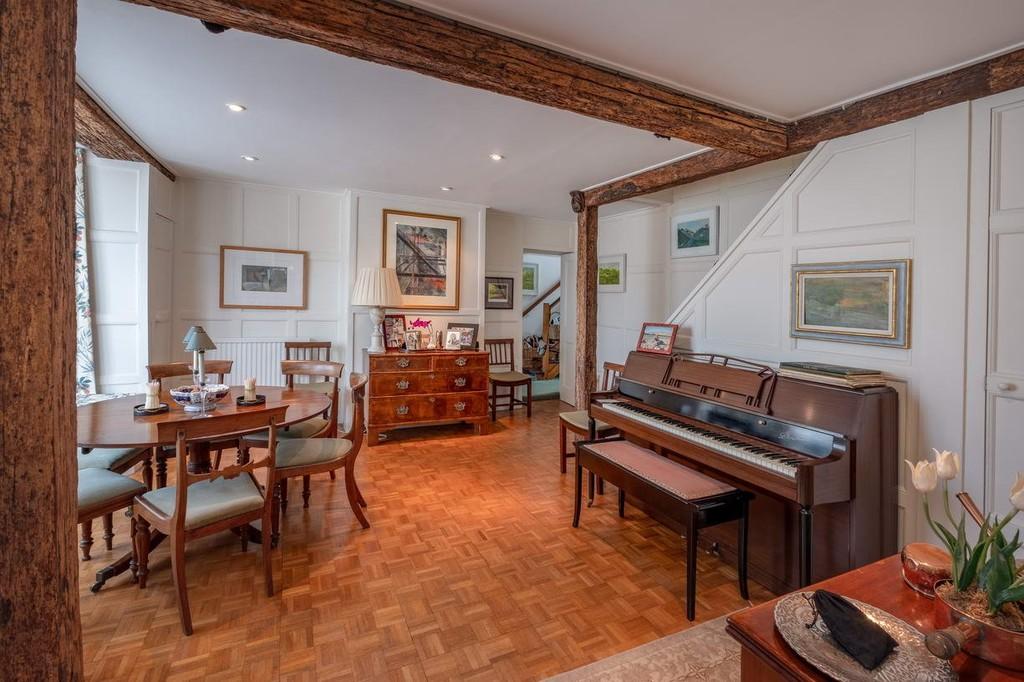 Upstairs there are three more bedrooms — including a master bedroom with dressing room and en-suite – and a light, spacious bathroom. 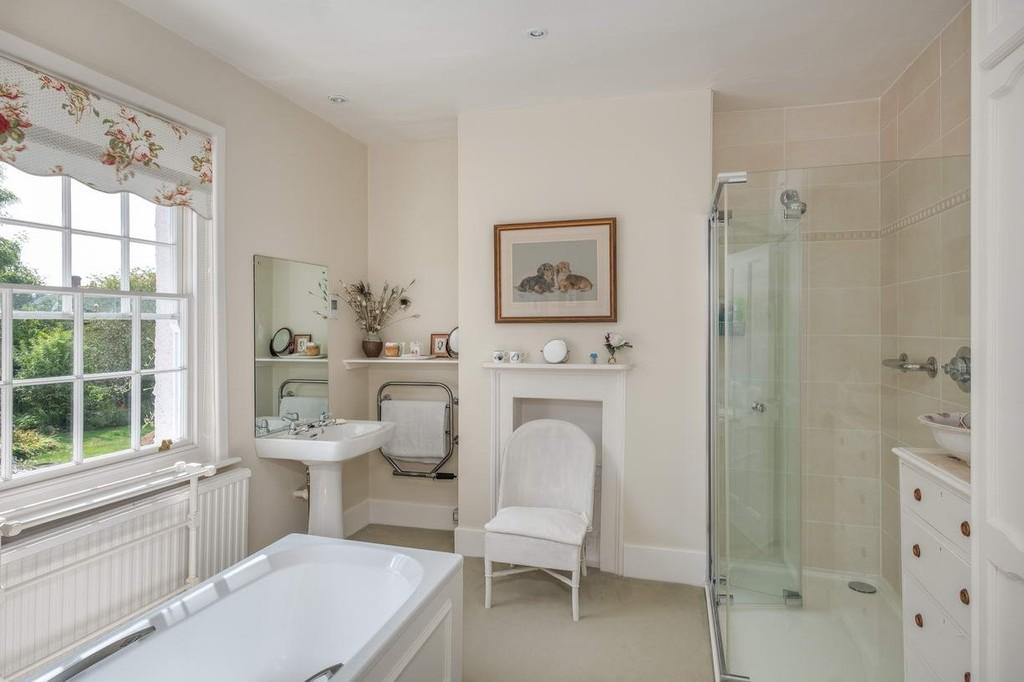 The whole place has a lovely feel that matches the story it has to tell, and its location within one of the Isle of Wight’s nicest villages — which has a marina, sailing club, butcher, florist, bakery, delicatessen and fishmonger among other things — only increases the appeal.

Rose Cottage is for sale at £975,000 with Hose Rhodes Dickson via OnTheMarket.com — see more details and pictures.