A former watermill in Surrey has been turned into a beautiful house by a royal embroiderer, but is now up for sale.

English history is the stock in trade of royal embroiderer Rhoda Nevins, whose feet have barely touched the ground these past few years, as she’s gone from working on one high-profile embroidery project to another. Having trained at London’s Royal School of Needlework, what started out as a hobby has led to the creation of a remarkable collection of the embroiderer’s art, including her pièce de résistance, the magnificent, 12-panel Magna Carta Embroidery designed to commemorate the 800th anniversary of the signing of the Magna Carta.

The project, completed in June 2015, involved the participation of 12 volunteers, most of whom she met while working on her Guildford Embroidery, which she presented to the city in memory of her late husband, Mike, who was mayor of Guildford in 2007–8. To date, other career highlights have included being part of the team that embroidered The Duchess of Cambridge’s wedding dress and the Jubilee vestments created for the Bishop of Southwark and his area bishops.

The same level of creativity and attention to detail is evident throughout The Mill House at Pirbright, Surrey, the Nevins’ family home of the past 20 years, which is currently for sale through Knight Frank (01483 565171) and Seymours (01483 228723) at a guide price of £1.595 million. Mrs Nevins and her late husband shared a passion for the industrial heritage of their delightfully quirky house, listed Grade II, which dates from the 17th century, with 18th- and 19th-century alterations and additions, and was a working watermill until 1939. 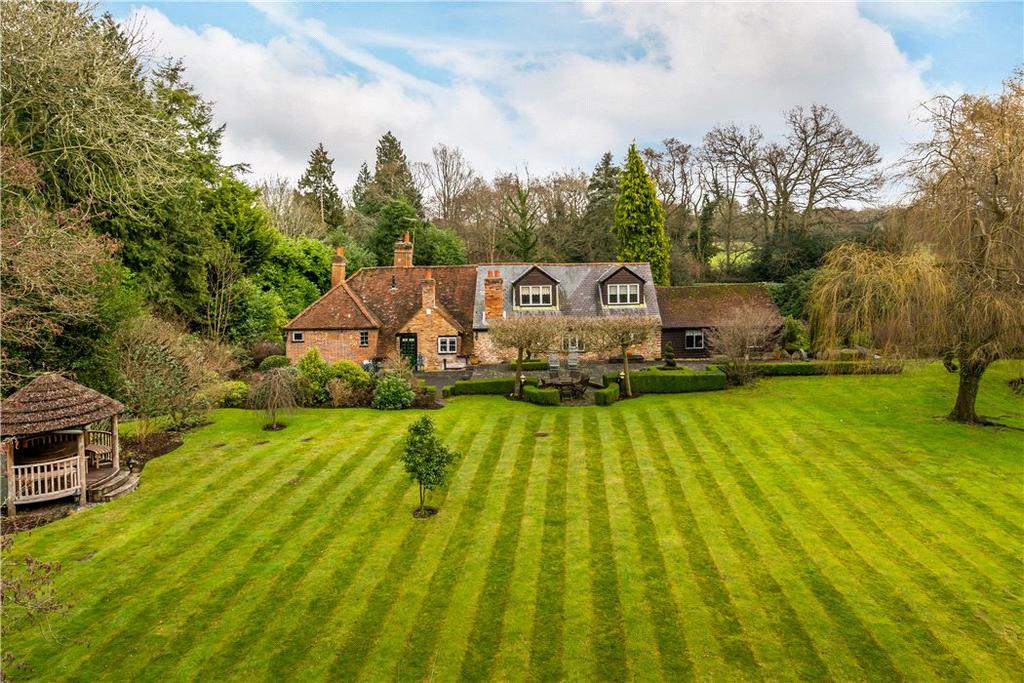 Comprising three distinct parts — the original, central, timber-framed mill building refaced in 1780, the 18th-century, red- and blue-brick miller’s house and a two-storey, 19th-century barn extension – The Mill House boasts a wealth of original features, including stone floors, exposed timbers, leaded-light windows and impressive fireplaces, many of them sourced by the Nevinses themselves.

At the heart of the building is the heavily beamed downstairs sitting room, which houses the cogs and wheels of the restored mill machinery, beyond which an inner hall accommodates the huge water wheel bearing the name of the manufacturers, Brooks and Shoebridge of Guildford, one of whose former chairmen was, coincidentally, the great-great-grandfather of the present owner.

Still in mechanical mode, stairs rise around the mill wheel to the first-floor drawing room, where the top workings of the mill are another point of interest. 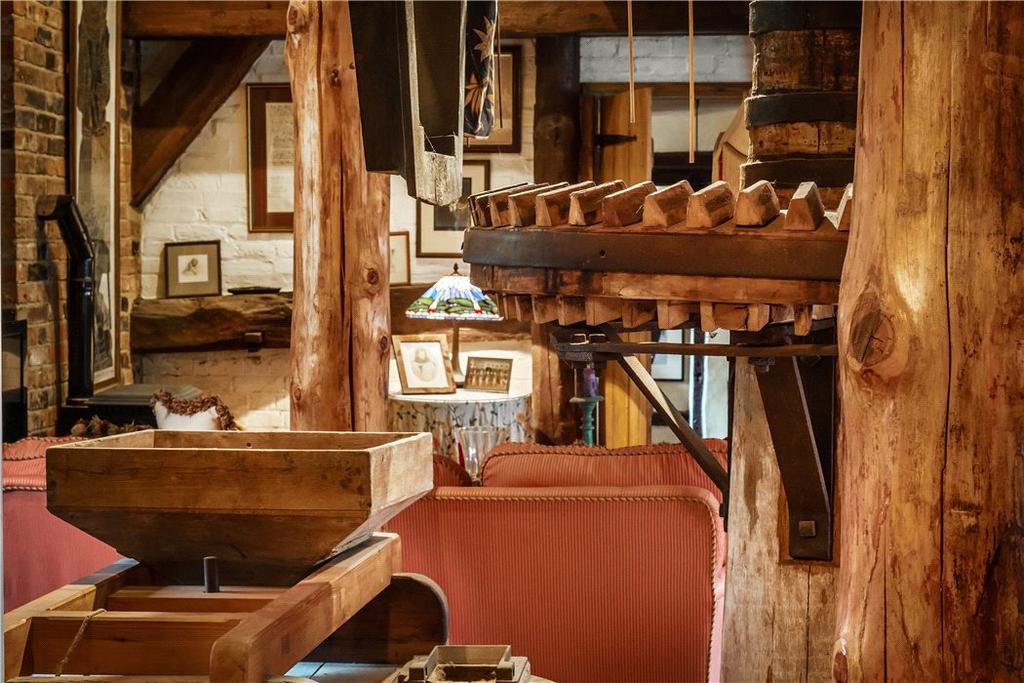 In all, the house offers 4,374sq ft of living space, including three reception rooms, a master suite, three bedrooms, two bathrooms, and a mezzanine-level workroom/fifth bedroom in what was probably the original grain store. 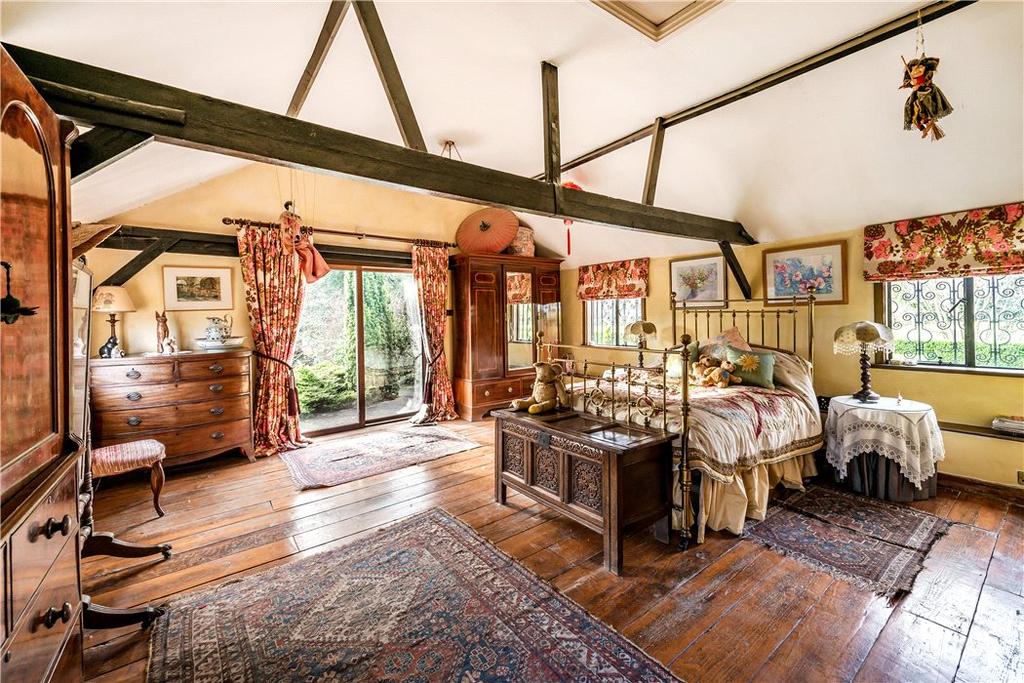 A further 1,123sq ft of period outbuildings includes a splendid Elizabethan barn, which could be adapted to a variety of alternative uses. Although the house itself underwent a basic makeover by previous owners in the 1980s, the property’s 1.9 acres of enchanting gardens—a focal point of which is the former millpond, stream and waterfall—are entirely down to years of work and planning by Mr and Mrs Nevins. 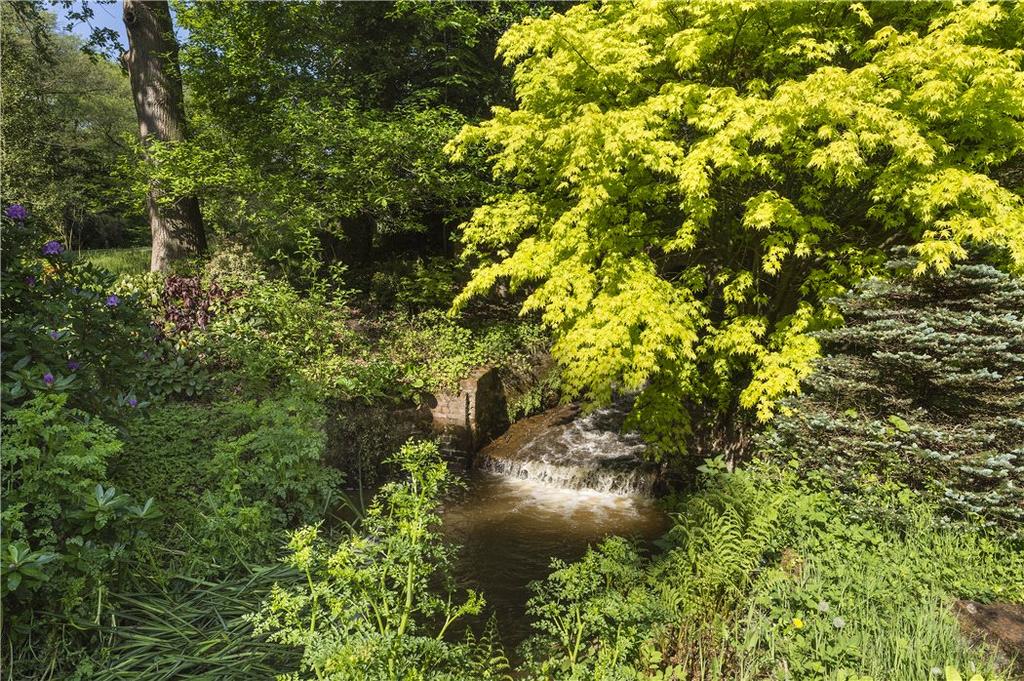 More details and photographs of The Mill House