The Fish is a lovely Cotswolds hotel where you can can stay in normal rooms, shepherds' huts or treehouses. And while the latter aren't quite the same as living in the Ewok Village, they're plush, delightful — and you won't have to battle Stormtroopers while foraging for your dinner.

If you’re first reaction upon turning up at the treehouse accommodation at The Fish is a twinge of disappointment… well, we understand. We’re with you. We felt the same.

When you’re all set to stay in a treehouse, it’s hard not to think of the great examples from fiction: The Swiss Family Robinson, Peter Pan, the Ewok village from Return of the Jedi.  You’ll be picturing roughly-hewn rooms hewn from logs and foliage, strung together with vines and accessed by rope ladders. You’ll anticipate swaying with the wind, gazing dizzily down at the ground far below and quite probably foraging for your dinner in the surrounding forest.

The reality of such a set-up, however, would be disastrous in real life, especially in Britain. In anything but high summer you’d be freezing and soaking, while in the summer you’d be troubled non-stop by the bugs crawling through gaps in the logs.

As for sleeping? You can forget about that. You’d spent all night lying awake, listening for the sound of children rolling out of bed and off the treehouse platform to their doom.

All told, then, a night at The Fish — a boutique Cotswolds hotel, a mile or so outside the staggeringly beautiful village of Broadway — is a much better bet to get a taste of the treehouse experience while remaining in superb comfort. Each of their three treehouses is set into a hillside, in the trees, up on stilts, separated from both the other two and the rest of the accommodation (shepherd’s huts and hotel rooms) on site.

All three are slightly different. Ours was called ‘Stumpy’  (a nice change from room 203), accessed by its very own rope bridge stretching 25 yards or so from the path to the platform.

Okay, the forest floor wasn’t hundreds of feet below as it might be on Endor — more like about 4ft — and by the time you get to the treehouse platform itself, we were a good 20ft off the ground, in among the trees and enjoying a lovely feeling of specialness.

That feeling continued inside, albeit in a rather different way. Inside Stumpy were plush beds, a kids room with bunks, a lovely bathroom and a living area, all made from wood. All the logs used to make it had been trimmed perfectly by expert craftsmen rather than hacked roughly into shape by desert island castaways. It was a little like being billeted in a small-but-beautiful Alpine chalet.

The best bit? There was even a pair of (wooden) bathtubs out on the platform, where you can have a soak and a glass of wine while enjoying the sights and sounds of nature.
Rates at The Fish start from £150 per room on a B&B basis, based on double occupancy.  The Treehouses cost from £370 per night based on up to 2 adults and 2 children sharing and including breakfast.  +44(0)1386 858000; www.thefishhotel.co.uk) The Fish’s restaurant, Hook, is the brainchild of Martin Furge, the man who won two Michelin stars while chef at Whatley Manor, not far away in Malmesbury. As you might imagine from both the name of the hotel and the restaurant itself, fish is the speciality of the house.

A smoked haddock Scotch egg starter with curry sauce was unusual and full of flavour, though little chewy, but any concerns were put to one side when the main courses arrived.  The star of the show was lemon sole, prepared with shrimps, capers and a lemon Meuniere sauce, that was bold, tangy, perfectly-cooked — and incredibly generously-portioned, the sort of dish you earn after a lengthy walk through the 400-acre Farncombe Estate that surrounds the hotel. 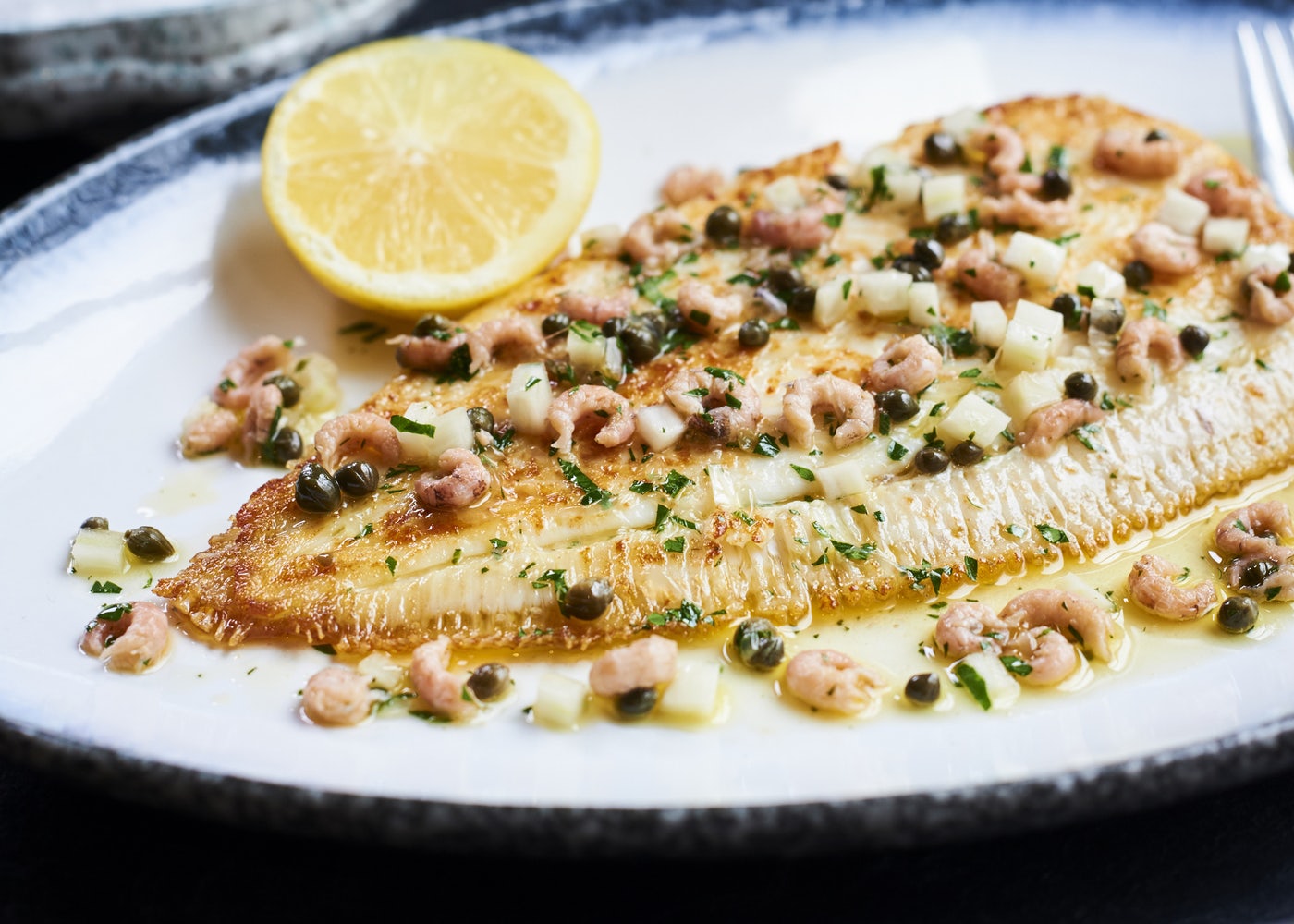 Equally hearty was the battered brill with theatrically-large onion and seaweed fries which towered over the fish. Don’t be tempted to finish: while the combination of blueberry cheesecake and thyme ice cream didn’t do it for us, the Yuzu cremeux — with strawberries, coconut and lime — was joyous.

Having polished all that off the night before, it’s a wonder we found room for breakfast — but we’re glad we did, as a superb buffet was augmented by a counter serving cooked-to-order eggs of all imaginable configurations. It made for a start to the day that was just the right balance of luxuriously swish and pleasantly relaxed — that’s The Fish all over.
Hook at The Fish — starters from £7, mains from £16.

The Fish is part of the Farncombe Estate, which has two other equally charming hotels Dormy House and Foxhill Manor, and the whole set-up encourages you to explore the local countryside. The boot room has dozens of pairs of Muck Boots to borrow for those who’ve forgotten to bring their own — but if the weather gets too much, the games room at the hotel has table football, a great pool table and a stack of board games.

Within walking distance (in a pair of the Muck Boots wellies available for guests to borrow) is one of the jewels of the Cotswolds: the village of Broadway. Picture-perfect streets of houses made from the near-golden local stone, irresistible little gift shops and great places to stop for a coffee — not least the Broadway Deli, the sort of foodie heaven that brings people from miles around.

On top of the highest hilltop for miles around is this purpose-built viewing tower, the brainchild of Lancelot ‘Capability’ Brown and designed by James Wyatt, which opened in 1798. It’s one of the most famous follies in Britain, with castellations, gargoyles and magical views; on a good day, they say, you can see 16 counties from the platform at the top.

In the heart of picture-perfect Broadway, gateway to the Cotswolds, the Lygon Arms has been a favourite getaway for centuries.

The immaculately-pretty village of Stanton, not far from the famed streets of Broadway, has come up for sale. Penny Churchill