Who wants a draughty old Greek temple when you could enjoy a cosy cabin, complete with barbecue? Alan Titchmarsh reveals his preparations for an Arctic winter.

The best gardens are not those that are simply good to look at, they are those that are a delight to be in. The same is true to an even greater degree of garden buildings. For many a year, I have pined for
a Classical temple at the end of a mown ride in our meadow. You know the sort of thing – four columns supporting a triangular tympanum and backed by a rendered wall. I’ve even worked out the colour scheme: dusky cream columns against an ochre-washed background. Inside it, perhaps a bust of George III (a favourite monarch) on a handsome plinth.

However, I know that such a building would not be much fun to go inside. It will be cold and damp in winter, rather like William Kent’s temples at Stowe in Buckinghamshire, which are delightful from a distance, but strangely clammy when entered during 11 out of 12 months. 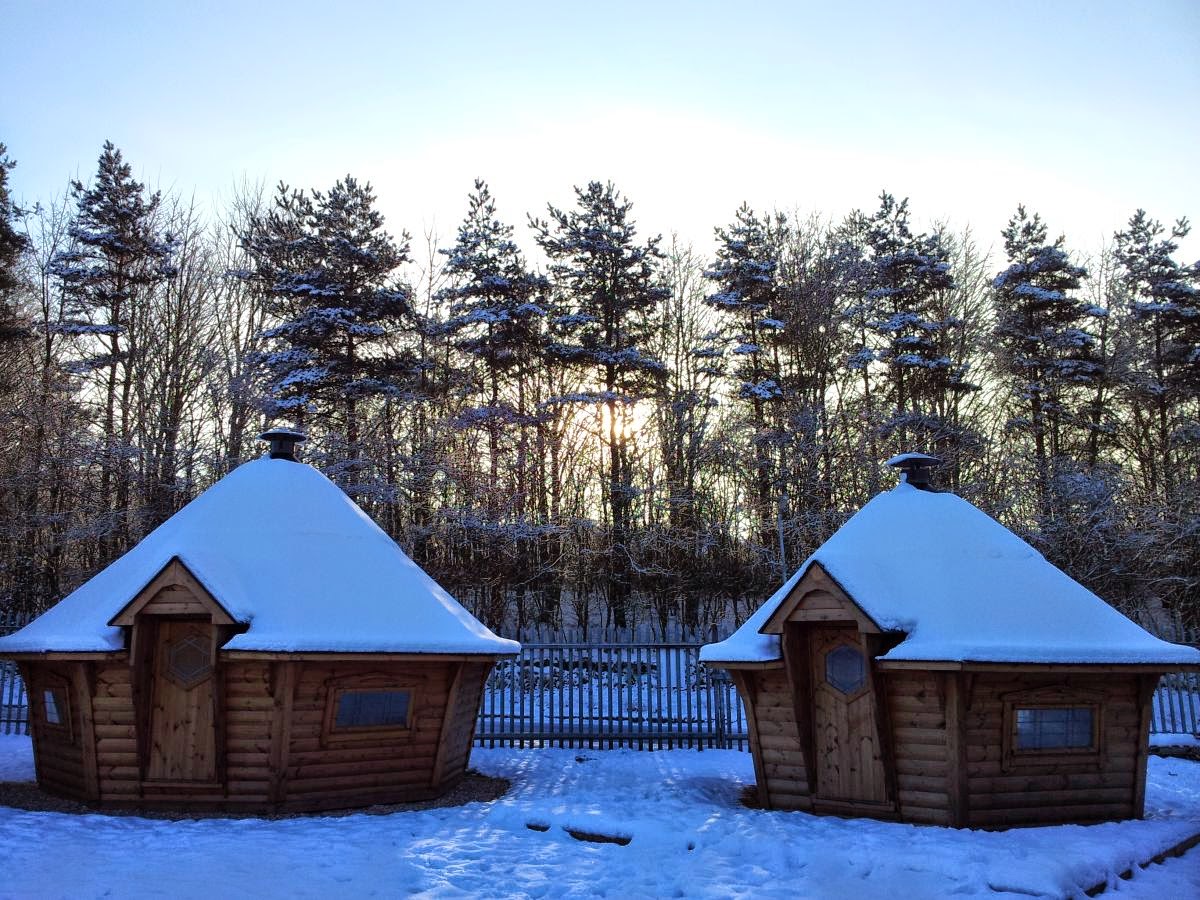 Anyway, the lady of the house put her foot down, suggesting that such a structure would be far too grand for the three acres of meadow and mown rides that surround our farmhouse, even if it is Georgian. Thus my dream has remained just that and I have, to date, consoled myself with a pleasant little timber-built summer house that sits in a corner of the garden proper.

It’s a welcome refuge for morning coffee and evening drinks from April to September, but too chilly to offer much respite in autumn and winter. This year, however, life will be different. We’ve installed an alternative: down in the meadow, we now have an Arctic cabin. This is not a indication of the internal temperature, but a nod in the direction of its Scandinavian pedigree. There are photographs of such buildings snugly cocooned in snow, with those lucky enough to be inside sporting rosy cheeks  – due in part, I’m sure, to a lavish supply of mulled wine, but mainly thanks to the central firepit-cum-barbecue.
This features a cowl and chimney that efficiently removes all traces of smoke and allows the inmates to recline in warmth and comfort on padded seats while tucking into a winter feast arrayed on the varnished wooden trays that surround the fire. The overall aroma is not one of smoke or cooking, but of seasoned
timber that will gradually darken with age. 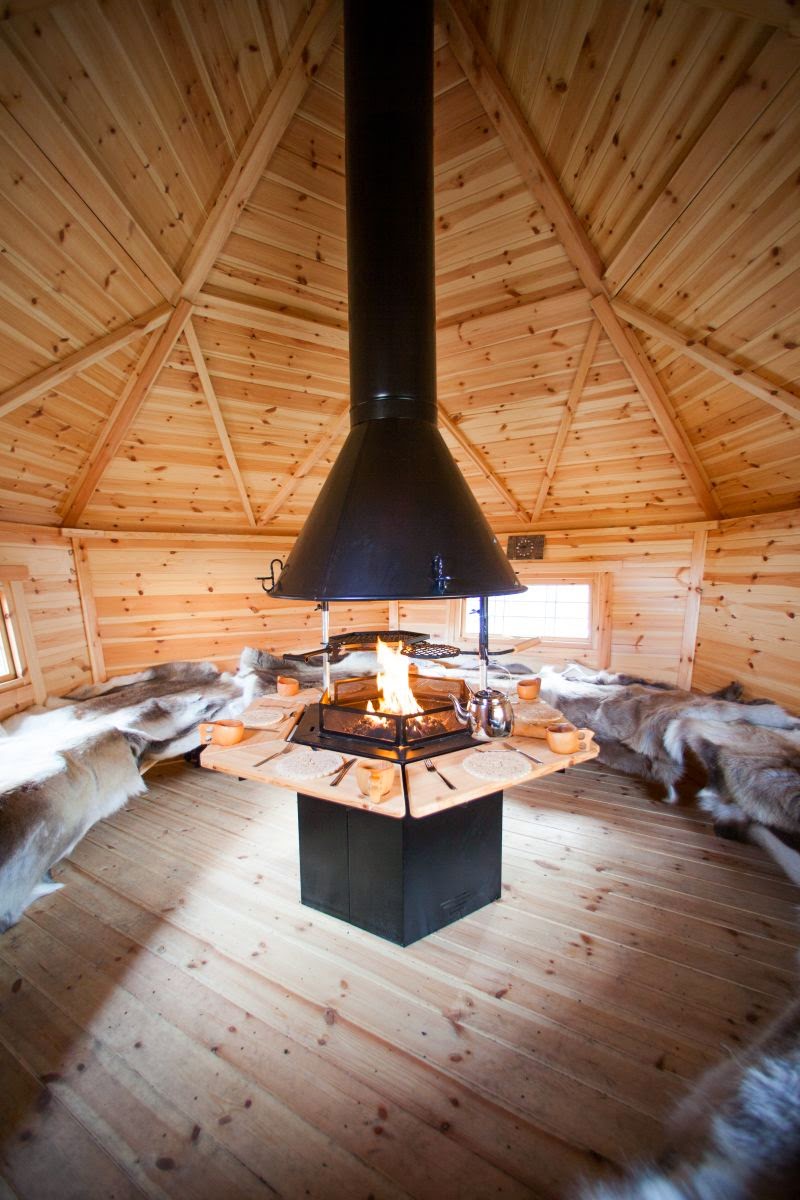 Today, we entertained our first lunch guests. Granted, they weren’t especially demanding in terms of cuisine – they are aged five and three – but their eyes lit up, along with those of their parents, at the sight of the array of sausages, burgers, corn on the cob and halloumi cheese that were bubbling on the griddle.
The cabin is a sturdily built Hobbit-like structure with six sides that slope outwards, thus allowing for comfort as you lean back against the cushions inside, as subtle battery-powered lighting glows gently in the angle of the eaves.

Wide leaded-light windows let in the slanting rays of winter sunshine and, in the glow of the reddening embers, the lady of the house looks across at me from her cosy corner and smiles, knowing that a pallid effigy of George III cowering in a dank temple would not have given me half as much pleasure. 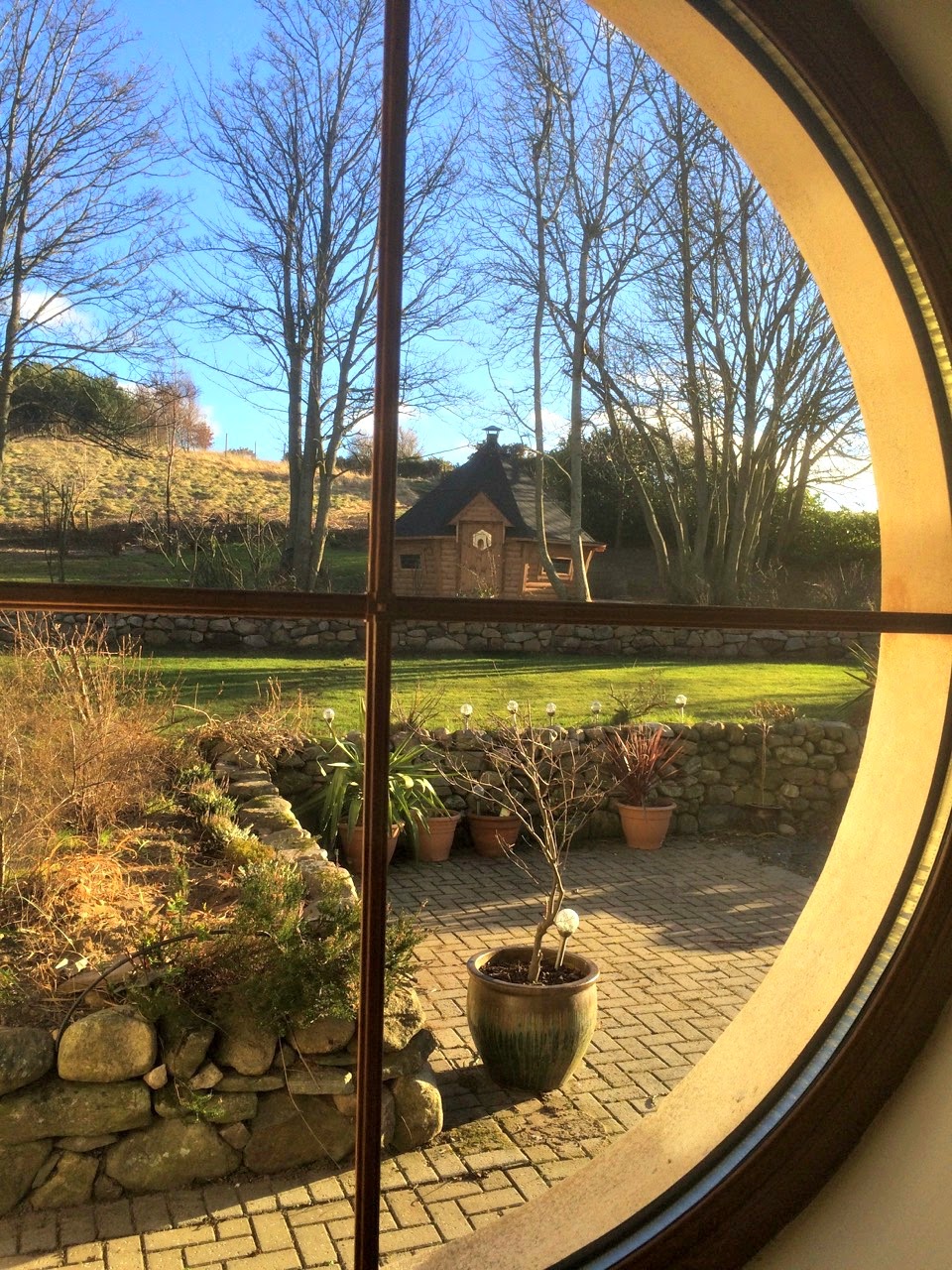 The building will easily seat 15 grown-ups for drinks and, when they’re older, our four grand-children will be able to use it for sleepovers. I look forward to that and to our ability to cook winter meals alfresco, but also to the delights of a log fire out among the trees and a glass or two of wine before we retire indoors to eat on winter evenings.

As the nights draw in, we will be lured by its Pickwickian snugness all the more and that’s not something you could ever say about a Grecian temple in December, bust of George III or no bust.