The hopelessly exotic Dragon Tree was once revered as a god. Today, it's the perfect, easy-to-keep accompaniment to a conservatory, as Mark Griffiths explains.

Dragon’s blood – a rich-red resin used in medicine, mummification, painting and varnish – was one of the ancient world’s most precious plant substances.

The best product was sap harvested from trees whose branches were scaly, snaking, crested with dagger-like leaves and sprang, like writhing necks, from massive trunks. They were thought to resemble multi-headed dragons; perhaps even to be some monster such as Hydra or Ladon, which, upon being heroically slain, had metamorphosed into vegetable form but remained capable, if wounded, of shedding magic blood.

We now know that they were Dracaena, chiefly D. cinnabari from Socotra and possibly also D. serrulata and D. ombet, from Arabia, Egypt and the Sudan, but there was no such clarity in Antiquity. So remote were these trees’ habitats, and so protective were the traders in their blood, that information was scant and fables proliferated.

That was still the case as late as the 15th century, when the Spanish colonised the Canaries and the Portuguese the Cape Verde Islands. There, they found a species that accorded with the seemingly fantastic tales of Arabian dragon trees told by travellers of the Incense Road. They saw that the Guanches, the Canaries’ aboriginal inhabitants, used its red resin in medicine, embalming and decoration and that they revered specimens of vast size and age as living gods.

The colonists called this tree ‘drago’. Botanists styled it Draco arbor until 1767, when Linnaeus renamed it Dracaena draco.

At last, Europe had a reliable source of dragon’s blood, a product that would remain medicinally important into the 18th century and find other applications – among them, helping to give Stradivari’s instruments their colour.

However, a different art bears witness to this tree’s initial cultural impact. Towards the end of the 15th century, Northern European painters and printmakers began planting D. draco in religious pictures. My favourite is the impressively life-like fruiting example in Martin Schongauer’s The Flight into Egypt, engraved between 1470 and 1490. 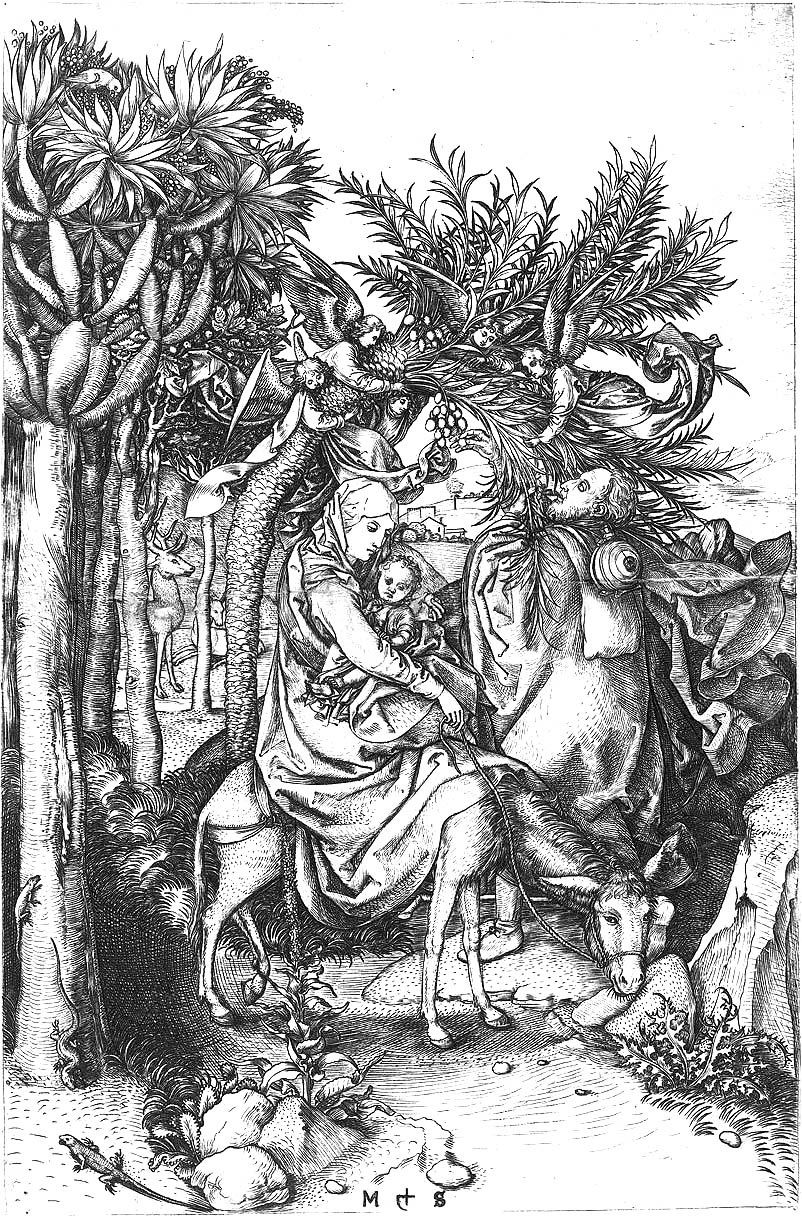 Better-known and painted slightly later is the flowering specimen that Bosch placed prominently beside Adam in Eden, in the left panel of The Garden of Earthly Delights.

Probably, the dragon tree was included in these pictures due to its ancient association with the Middle East. A date palm was usually illustrated near it, so sustenance was paired with healing, both God-given, paradisiacal.

However, all such instances are identifiably D. draco and they were created soon after Europe made that species’ acquaintance.

The dragon tree featured in Hieronymus Bosch’s The Garden of Earthly Delights, part of the collection of the Museo del Prado, Madrid

By the 1500s, D. draco was becoming the showpiece of princely gardens in Spain and Portugal. A century later, it was a prized rarity in Northern Europe, where gardeners learnt to bring it indoors for the winter.

In Britain, it eventually proved a glasshouse stalwart. The Victorians were fond of standing potted specimens outside on terraces in summer or of plunging them in temporary subtropical bedding schemes. Then, it fell from popularity, supplanted by far hardier and faster-growing Cordyline australis.

But D. draco isn’t really replaceable in appearance or history, which is why this legendary plant deserves to make a return. Exotic and classical, it’s a noble addition to bright frost-free conservatories and sun-filled interiors, flourishing in beds and tubs of gritty, acid to neutral loam, loving neglect and loathing fuss, over-watering and feeding.

Even as a juvenile, it has dramatic and statue-like presence, a swirl of sea-green swords around a stout columnar stem. As it can be hard to find in Britain, I’d look to two overseas nurseries that are good at shipping: À l’Ombre des Figuiers in Brittany and Canarius Plants in Tenerife.

Both firms also offer youngsters, grown from legally collected seed, of a dragon tree that’s found clinging to the sides of ravines deep in Morocco’s Anti-Atlas Mountains. Its leaves are shorter and more upright than those of its cousin from the Canaries and it’s thought to be hardier, although I wouldn’t risk mine in a freeze.

The Berbers who live near this spectacular cliff-dweller have long called it ajgal, ‘the unreachable’, and so it was named D. draco subsp ajgal when it came to science’s attention.

Astonishingly, that only happened as recently as 1996. Where plants are concerned, ours is still an age of discovery.

Steven Desmond gives his tips on how to look after clematis, the beautiful climbing plant whose flowers explode in spring.

Jonathan Self caught up with Roy Lancaster, one of the most recognisable faces in British gardening.