Bless those beautiful bovines, the 1.8 million or so dairy cows and 750,000 beef cattle on our farmland.

Cows give so generously of their beef, milk, cream, butter, cheese, leather – and also their dung.

Yes, dung. It attracts no public regard apart from taking care not to step in it, but it plays a big role in the countryside cycle as Ian Morton explains.

The average dairy cow dumps 15 tons a year and the beef animal about 11 tons. And cows punch well above their weight in this regard: a fully-grown African elephant elephant produces about 50 tons per year, despite weighing around eight times more than the cow.

The comparative stats are even more impressive for cows vs humans. A dairy cow weighs around 10 times more than a man (750kg v 75kg) but the human produces just 1% of weight of, er, ‘dung’ that the cow does (around 0.15 tons a year).

The vast majority of it is spread as fertiliser

Humans have been using cow dung as fertiliser for at least 8,000 years , and with good reason. Dung is essentially comprised of undigested, bacteria-packed plant matter residue. As such it contains valuable amounts of nitrogen, phosphate, potash and sulphur.

Depending on cowshed confinement, between 66% and 83% will go out through the muck-spreader, that nostril-flaring, lung-expanding procedure that heralds produce piled on village church sills and altars and hymns of harvest home.

Any cowpats dropped by the grazing herd swiftly become complex insect colonies in which species strive to prosper – some flies deposit live larvae, others lay eggs. There are a dozen or more muscid species (flies with soft oviducts) whose eggs thrive so long as they hit the cowpat while it’s wet.

The female horn fly has an incredible trick. She lives on the cow by sucking blood through her proboscis – but she detaches as her host begins to defecate, whizzing around the back and laying her eggs in the steaming stream of mid-air dung. They will hatch in the pat in large numbers and become pupae within a week.

Fly-fishermen are drawn to cowpats too

The cowpat fly most familiar to the passer-by is probably the whizzing ginger-hued scathophagidae, a traditional fly-fishing inspiration. Izaak Walton described the ‘cow-dung-fly’ lure in The Compleat Angler of 1653 as ‘the dubbing, light brown and yellow mixed: the wing, the dark grey feather of a mallard’. 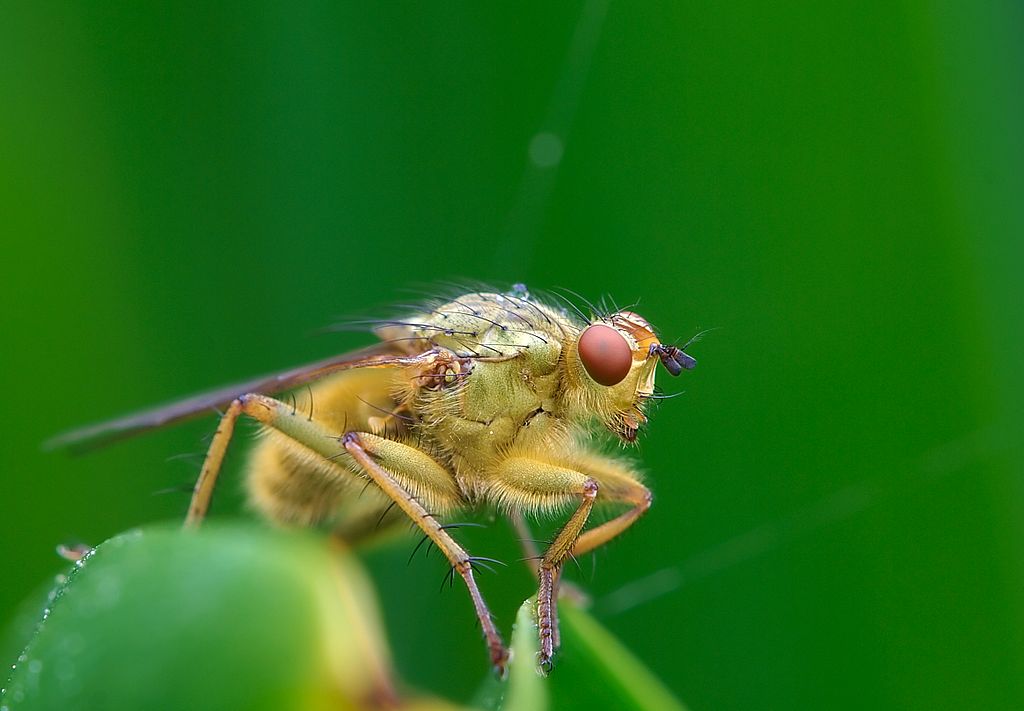 There’s more than just flies in the colony

The eggs and larvae attract insects who set about eating eggs and larvae and are joined by others from the soil, working through the edifice as it matures. Wormy nematodes and flukes develop. Several species of predatory beetle join the frenzy to find prey and deposit eggs, tunnelling close to the surface and helping to oxygenate the upper layer. Some ingest dung to extract microbic content.

Digger wasps and ichneumon seek grubs in which to deposit eggs that hatch and eat their hosts alive. Spiders, woodlice, earwigs and earthworms move in underneath. Sealed by the crust, the colony is a perilous place.

Beetles have an important function, especially the dung beetle, of which there are sundry varieties around the world. Its main virtue is to dry out and break down the cowpat, killing pest pupae by depriving them of moisture.

There are even dung-loving mushrooms

Several funghi thrive in dung. One toadstool that grows in cowpat catapults its spores into the surrounding vegetation – a relatively safe space, as another ecological function of the cowpat is to deter close grazing to ensure that some grass patches seed.

Most famous though is the dung roundhead mushroom. Opinion appears to be split on whether or not it is poisonous. But who in their right mind would want to try it to find out?

Experiments at an Oxford art-history department suggest that dung ash in a kiln may have accidentally created blue-glazed pottery.

Ancient human communities used dried dung as building material, and in some places – particularly India – that is still the case.

It can even be used as fuel. It burns hotter than wood, with no smell or soot, and remains an important fuel in areas around the world where trees are scarce or absent.

It can be used in medicine

In India, where cows are revered, the animals’ medicinal blessings include panchagavya, a drink of cow dung, urine, milk, yoghurt and ghee said to be a lifespan-extending panacea.

Some cultures value fresh dung to treat open wounds and dung poultices were favoured in parts of Britain into the 19th century. A leaflet of 1841 recorded that they were ‘still used by the lower orders as a cataplasm for bruises and sprains, applied hot as the patient can bear’. It also suggested that for blood poisoning, the cure is that “a quantity of dung is caught as it falls from a cow and applied hot to the wound.”

Another told of a man in St George’s Hospital in London whose ulcerous leg was due to be amputated until a nurse, schooled by her Yorkshire village grandmother, applied dung poultices twice a day and forbade alcohol. In two weeks, the sores began to heal and full recovery resulted.

In the USA, dried cowpats are known as ‘cow chips’ – and bored farmers in the Mid-West have used those chips for their entertainment. Beaver, Oklahoma, hosts the annual World Cow Chip Throwing Contest, where the record is 188ft 6in.

Advice to spectators? Keep your mouth closed and you burger covered. Fragments of cowpat commonly detach in flight…

Credit: Sheep in a field - ewe and lamb

Rosamund Young, author of The Secret Life of Cows, talks about how poetry runs through the land – and how the

Live monkeys in the cargo, slugs on the runway and ‘schizophrenic’ weather conditions are all in a day’s work finds

Rosamund Young, author of The Secret Life of Cows, on sparing walnut trees, freeing sheep and a very special Christmas