Autumn officially begins on 22 September 2017 – so it's time to revel in these beautiful, evocative images from the Country Life archives which will lift your spirits.

As autumn arrives we always realise how much we love this time of year. The sadness of saying goodbye to summer is instantly alleviated by the rich colours of the woodland and welcome smells of woodsmoke and moss.

It’s also the sporting season for those who enjoy country pursuits, and the best time of year to bottle hedgerow wines and liqueurs. 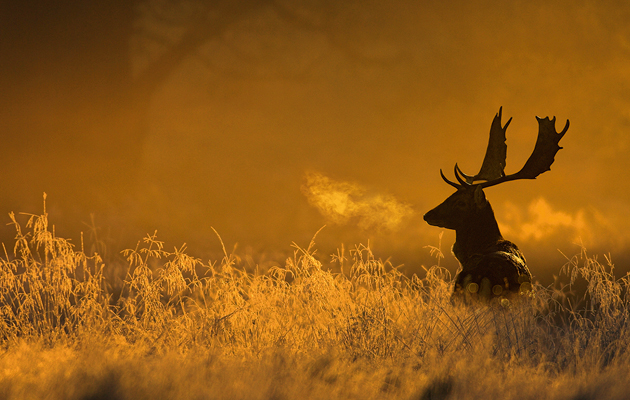 Ready for battle: just before dawn, a fallow deer prepares to ward off other suitors. Britain’s red and sika deer also rut in the autumn

Double the delight: Autumn’s fire reflected in Grasmere in the Lake District

Listen out for the tawny owl’s calls, which are most frequent in the autumn as they establish their territories

Sycamore seeds wheel through the air

A hazel dormouse builds up its fat reserves for hibernation

A magnificent stand of beech trees

Our hedges are filled with fluffy white old man’s beard; the seedheads of Clematis vitalba, ready to be dispersed in the breeze

A riot of autumnal splendour has broken out across the country.