Trending:
PICTURE OF THE DAY: Black squirrels are rarer than their grey cousins — especially in Britain — but otherwise pretty much identical. Credit: Shaun Cunningham / Alamy

Our daily news round-up looks at black squirrels, Paddington Bear coins and a python is spotted in Sussex.

The origins of black squirrels has been figured out at last

Contrary to popular belief, the red squirrel isn’t the squirrel with the smallest population in Britain. That dubious honour goes to the black squirrel, first spotted in the wild on these shores in 1912, which has a population of around 25,000.

Unlike the red, it’s a non-native species  — and a curious one, since scientists haven’t entirely sure how they came into existence. Until now: it seems that they’re simply grey squirrels with a defective gene.

Scientists at Anglia Ruskin University believe that North American greys mated with fox squirrels, causing a genetic quirk which threw up black fur in a section of the population. Britain’s black squirrels are all thought to have come from a single squirrel in a private zoo who escaped and passed on the gene.

Two new 50 pence pieces, one of which shows Paddington at the Tower of London while the other is set against the backdrop of St Paul’s Cathedral, have been released by the Royal Mint. Look out for them in your change any day now.

A gold-proof limited edition of the coins is also available for collectors to buy — at a mere £850 each.
Full story (BBC)

The shark that wouldn’t give up on dinner

An underwater camera placed by The Alderney Wildlife Trust off the island’s west coast has captured footage of a nursehound shark doggedly working to catch its dinner — the bait placed in the very lobster pot to which the camera was attached.

On This Day… the Falkland Islands were sighted

The first confirmed sighting of the Falklands occurred on August 14, 1592

More than 400 years ago, in 1592, English explorer John Davis spotted the Falklands during his attempt to navigate the Strait of Magellan, although it took another 98 years before Captain John Strong actually set foot on the islands’ shore. Read more about the history of the Falklands

A three-foot long Royal Python is loose in the Sussex countryside. The animal, which may look scary but is not dangerous, was spotted by visitors to the Rye Harbour Nature Reserve.

Staff at the reserve are asking people to keep an eye out for the python because it may not survive the cold season if it’s not found.

The 1,000-year-old mill getting a new lease of life

It’s 15 years since Winchester’s City Mill was restored to full working order after a 90-year hiatus — and after being in operation since at least the 11th century (it’s mentioned in the Domesday Book) it was probably due a break.

Upkeep for a 1,000-year-old building isn’t easy — even with the National Trust behind it — but the old place will soon be rustling up some extra income with a café, following permission being granted from the local authority to put one in this Grade II*-listed edifice. The best part? The café will sell goods baked with flour ground on the premises. How’s that for living history?
Read full article (Daily Echo)

And finally… why the black soldier fly can save the planet 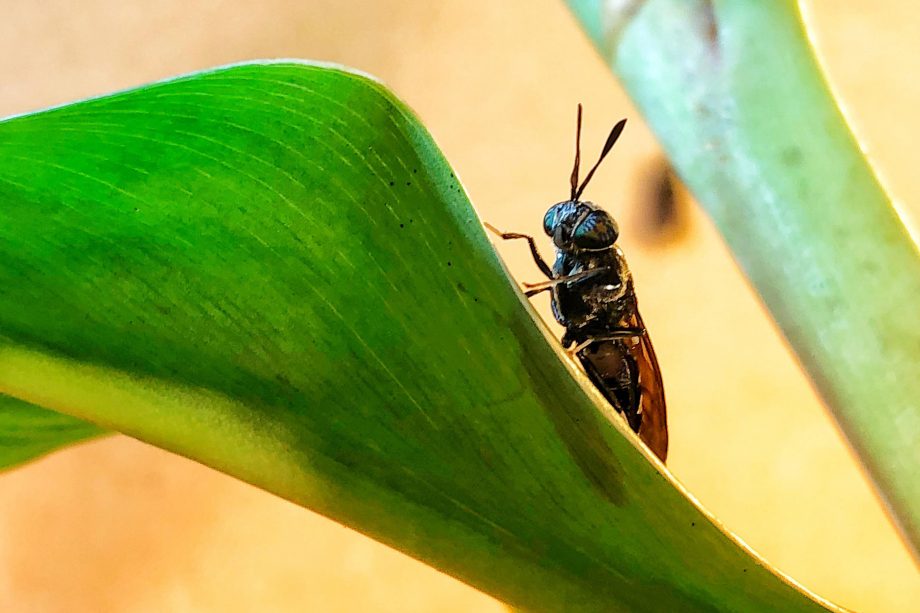 The larvae of this super insect are masters of bio-conservation, eating vast amounts of organic waste and turning it into protein — which can then be fed to fish and poultry instead of more environmentally damaging feeds.

After one barren trip too many, our editor Mark Hedges had fallen out of love with fishing. Could a trip

This morning we look at an astonishing antique find, how nature is fighting back at 'Scotland's Grand Canyon' and how

Injured Indian soldiers of the British Army at the Brighton Pavilion, converted into a military hospital in 1915. Credit: Hulton Archive/Getty Images

To mark 100 years since the end of the First World War, The Royal British Legion draws our attention back