We tend to think of country houses as beautiful places, not eco-friendly homes which could set the blueprint for the 21st century. This home in West Sussex attempts to do both.

Set in just under an acre of land close to the villages of Hickstead and Henfield, Wickhams is probably as close to self-sufficiency as you’ll find in a modern home – yet it boasts the characterful looks of a country house.

Power and heat are supplied via an air-source heat pump and photovoltaic panels, and spread throughout the house by underfloor heating. If you dug a well and started a small holding, you could probably go months on end without ever needing to leave. 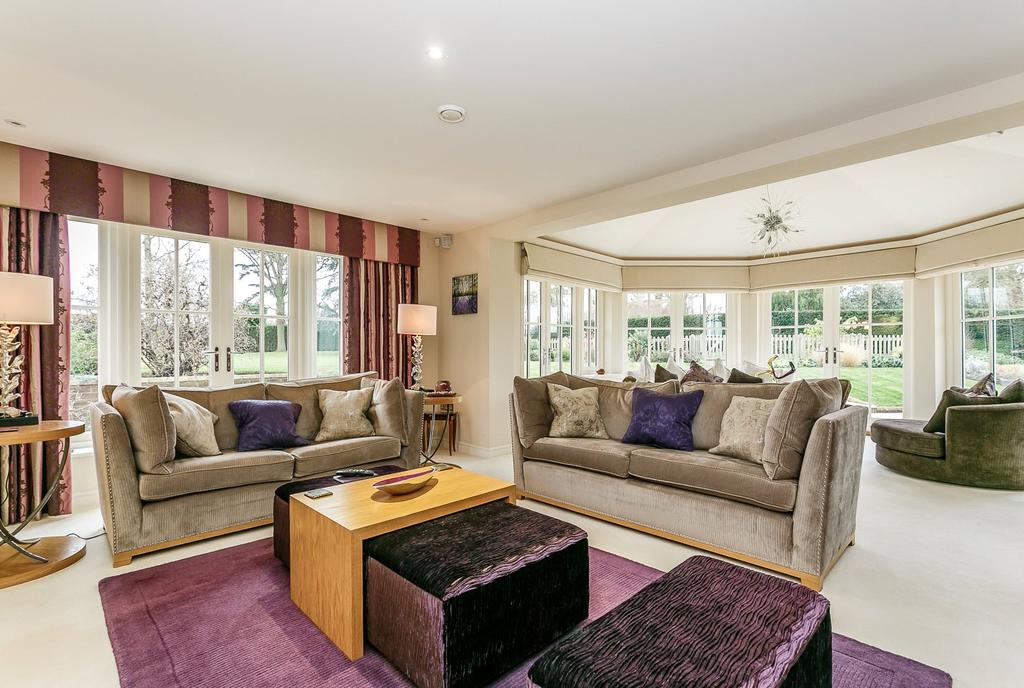 If you do, however, then both Brighton is close by and London easily accessible by train, with the mainline service at Haywards Heath just a short drive away.

The home itself is full of modern gizmos within the elegant living space. There’s a Sonos speaker system, internet cabling secreted throughout and an indoor gym and cinema room tucked away in the basement. 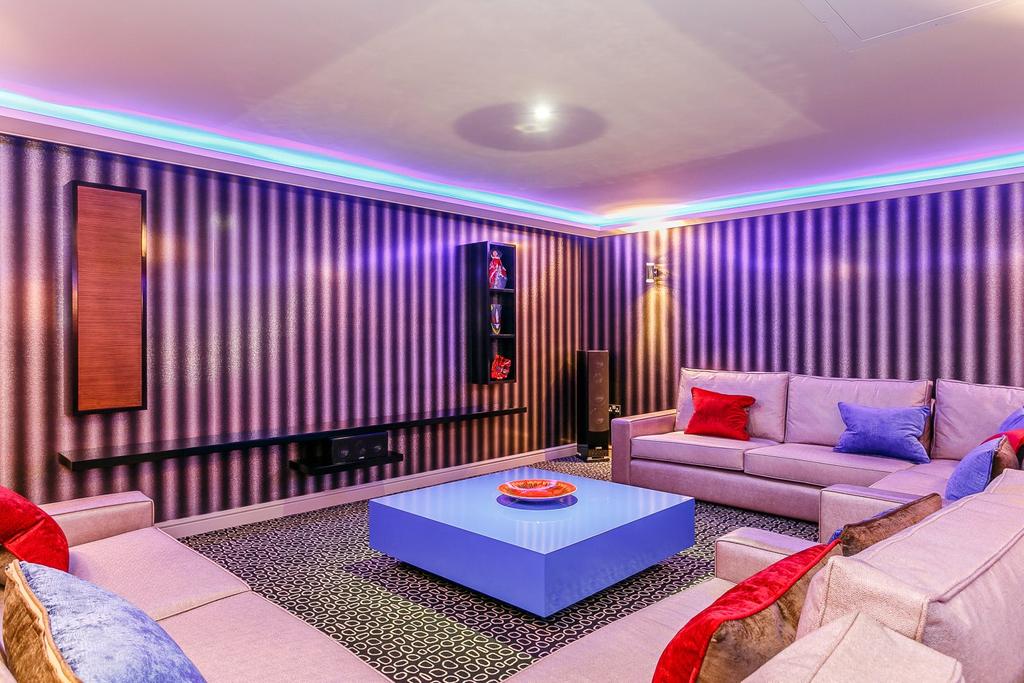 In total there are five bedrooms spread across the first and second floors, while downstairs the floorplan sprawls off in different directions from the kitchen-dining room that is the central living area. 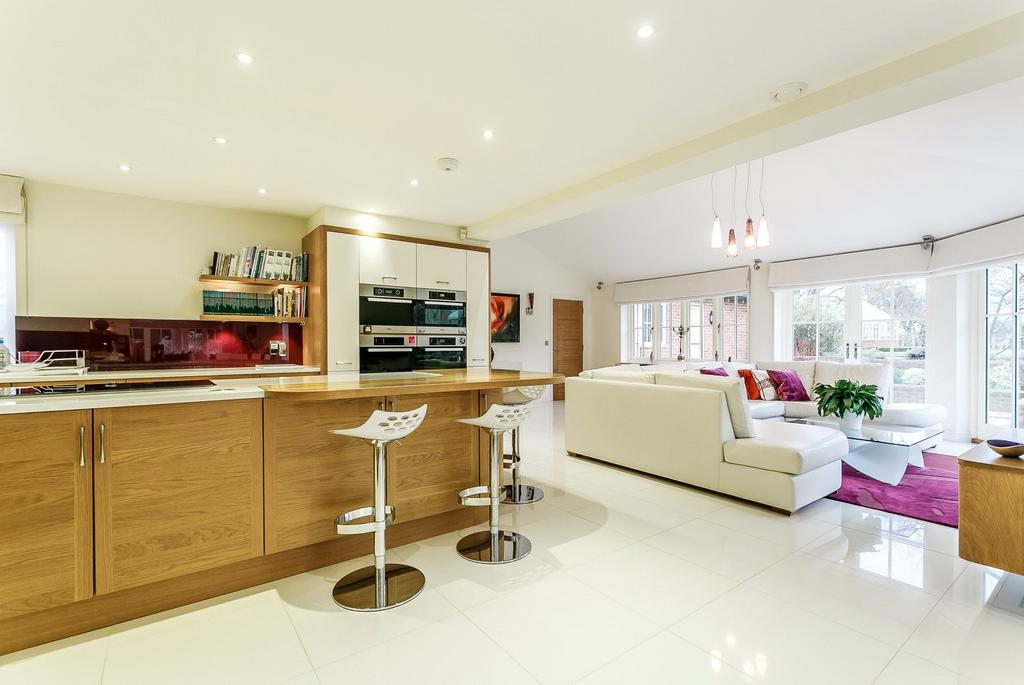 There’s a play room, study and sitting room, plus a garage with utility room and store rooms, plus a self-contained annexe built above. 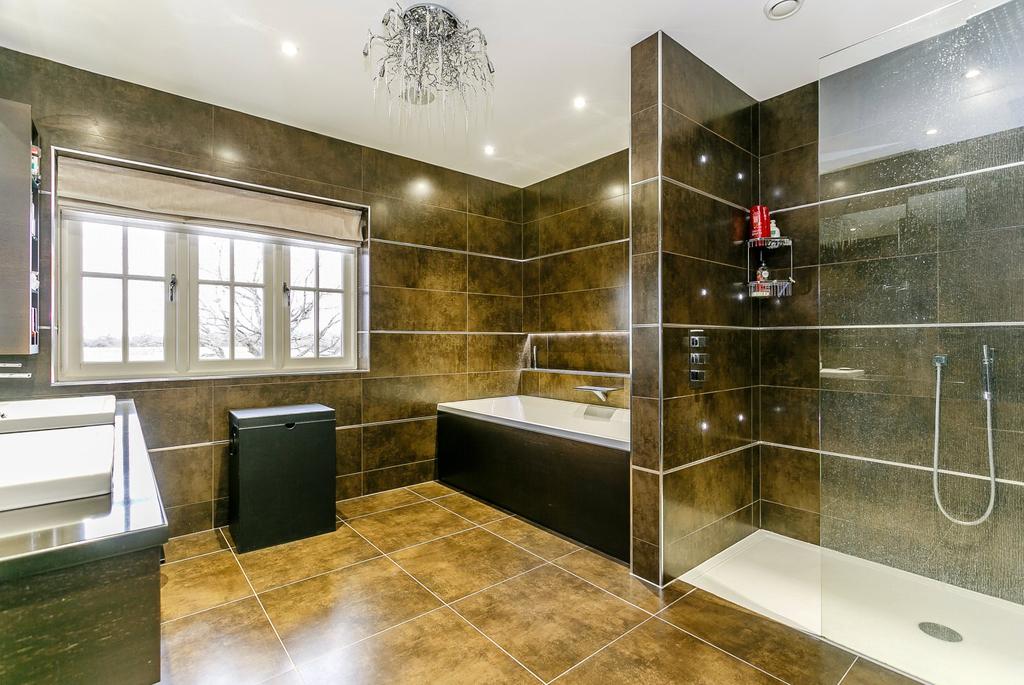 As for any catches? Well, we think it’s fair to say that the decoration style won’t be to everyone’s taste, though you’ll note that the most garish touches in the images on this page are actually in elements such as curtains, cushions and counterpanes. 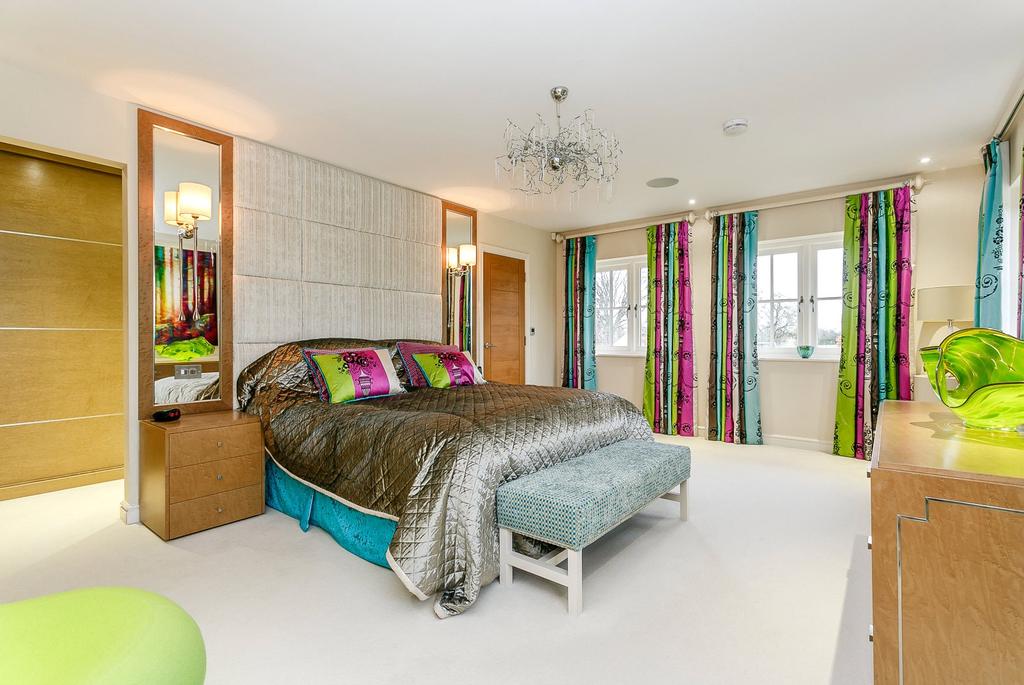 Outside, the garden is laid mainly to lawn framed by mature trees and raised flower beds, with a patio that runs the width of the property to provide a perfect spot for summer entertaining.

There’s also a path that takes you to a rose garden and a play area with its own Wendy house. There’s also a grown-up equivalent, dubbed the ‘Breeze House’, complete with lighting, heating, Wi-Fi and speakers, overlooking the ornamental pond. 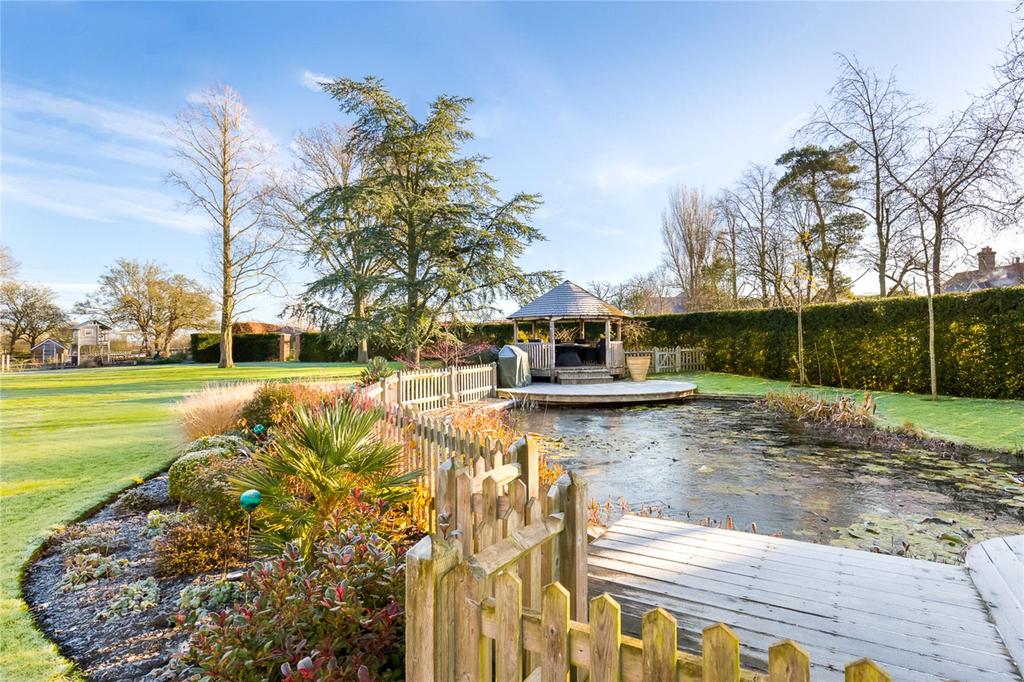 The house is for sale at £2.5 million through Strutt & Parker – see more pictures and details.

Riding a 6ft-high bike would be terrifying for most of us today, but for those used to horseback it probably seemed less daunting Credit: Cycling in Country Life - Country Life Picture Library

The arrival of the bicycle and tricycle opened up a thrilling freedom for the people of Britain.

The west front of the house.

The recent restoration of Woodhall Park underlines the striking importance of colour in our understanding of Georgian interiors, as John

Everybody loves a good sporting battle, but, often, the silverware up for grabs has been through far tougher times than

Rosamund Young, author of the Secret Life of Cows, will be writing a series of columns for Country Life in