At The Manor House in Ditcheat, even the gazebo is a listed building – while there are equestrian and motoring facilities that will keep anyone happy.

Tucked away in the lovely village of Ditcheat lies The Manor House, on the market for £3 million with Strutt & Parker, a house which will surely raise the pulse of would-be buyers – particularly those who love horses… or cars.

This is a magnificent seven-bedroom family home that essentially dates back to the 17th century – though some parts are older, and other parts have clearly undergone changes over the years, and now includes features from across many centuries. 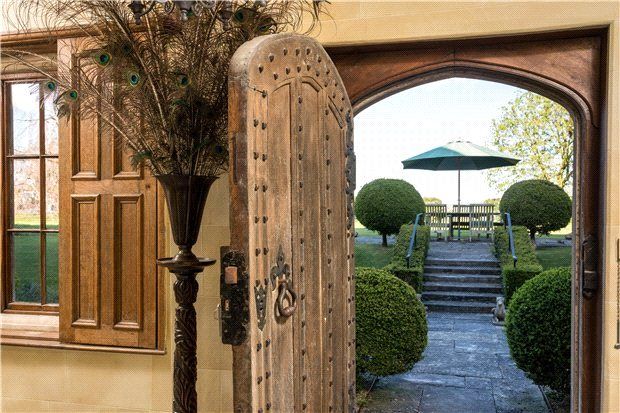 The drawing room, for example: it features two 16th century fireplaces, one of which has a 16th century oak painted over mantel. Yet the lovely decoration scheme and natural light flooding in through the four large oak shuttered casement windows makes this feel miles away from often-gloomy houses that pre-date the great Georgian architects. 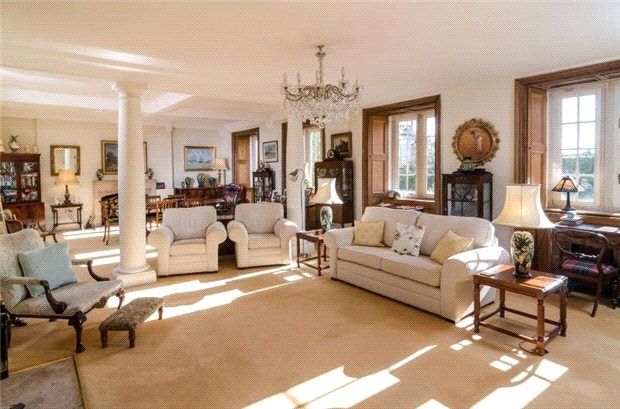 The kitchen is a similar mix of beautiful period features and modern gloss – or kitchens, we should say, since there are two – with beamed ceilings, flagstone floors alongside Chalon kitchen furniture and polished stone worktops. 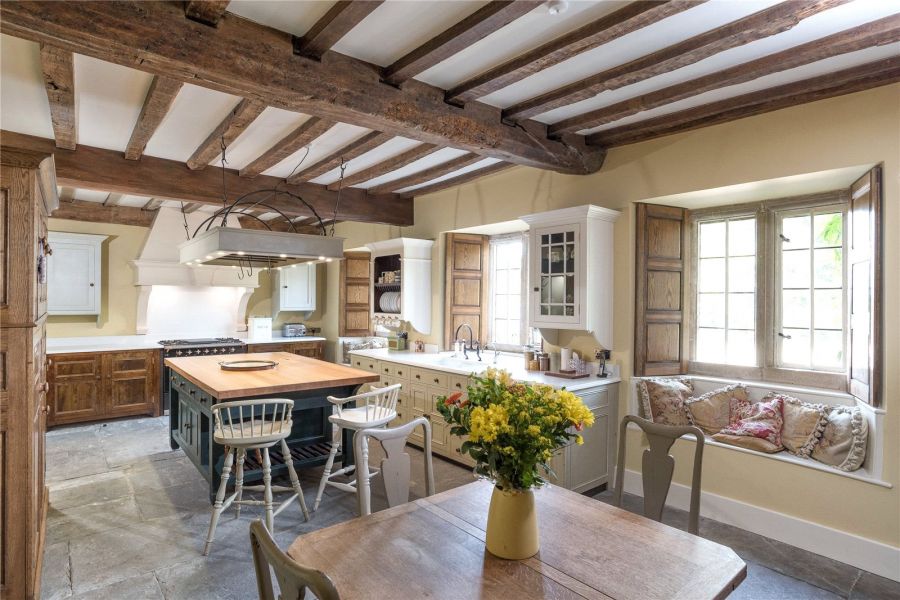 Outside, there is just over seven acres of land, with more available via separate negotiation – and if you want to use this house as a base for your equine pursuits, that would be worth looking into. You’d be well catered even without, however: one of the beautiful old buildings is actually a stable block, and there is a paddock in the grounds. 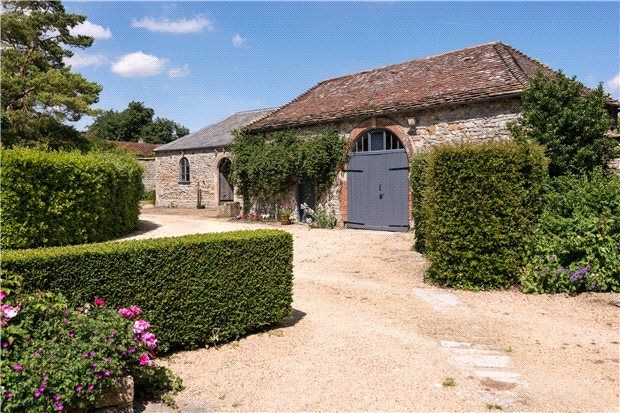 For those who are into a different sort of horsepower, this garage and workshop looks like a dream set-up for a classic car tinkerer. 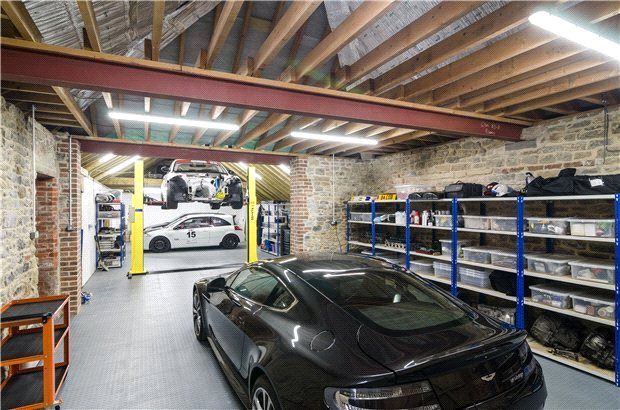 The gardens hold more treasures still: a lovely brick-built gazebo is listed in its own right. 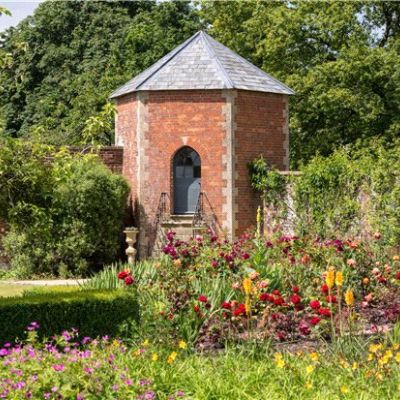 There’s a real curiosity in the form of a ‘crinkle-crankle’ wall – made in curved sections, and apparently an ideal design if you want to grow fruit. 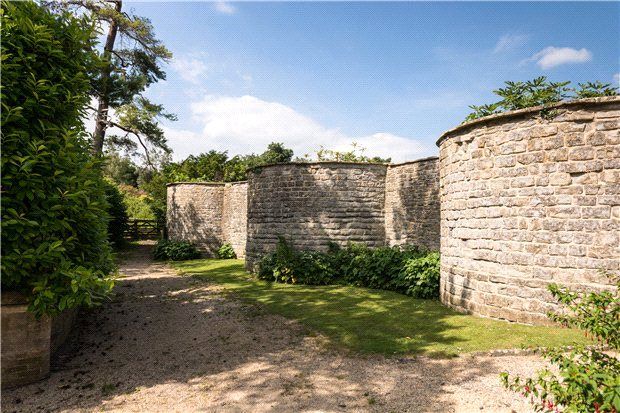 Also within the grounds is a 2/3 bedroom lodge that’s currently used as guest accommodation. 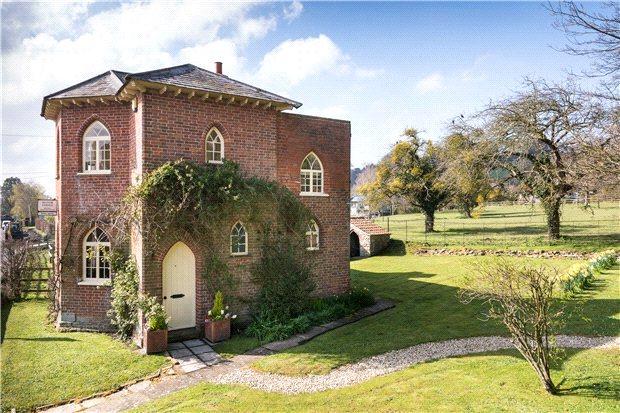 The village itself is a picturesque place with a well-regarded primary school – and when you need to get to somewhere with more in the way of shops and restaurants, the lovely Castle Cary is just a few miles away.

The Manor House in Ditcheat is  on the market for £3 million with Strutt & Parker – see more details and pictures,

A dreamy little cottage has come up for sale within the New Forest National Park.