Abbotts Barton Farmhouse is a superbly-maintained home within easy reach of one of the south of England's most captivating cities.

Abbotts Barton Farmhouse, at Abbotts Barton, on the northern edge of Winchester, is a real rarity. It’s a fine example of a monastic farmhouse of the Tudor era, built between 1480 and 1520 on the home farm of Hyde Abbey Monastery; the Queen Anne façade was added in the early 18th century.

Today it’s a delightful family home that’s for sale for the first time in over 20 years, priced at £3.35m. 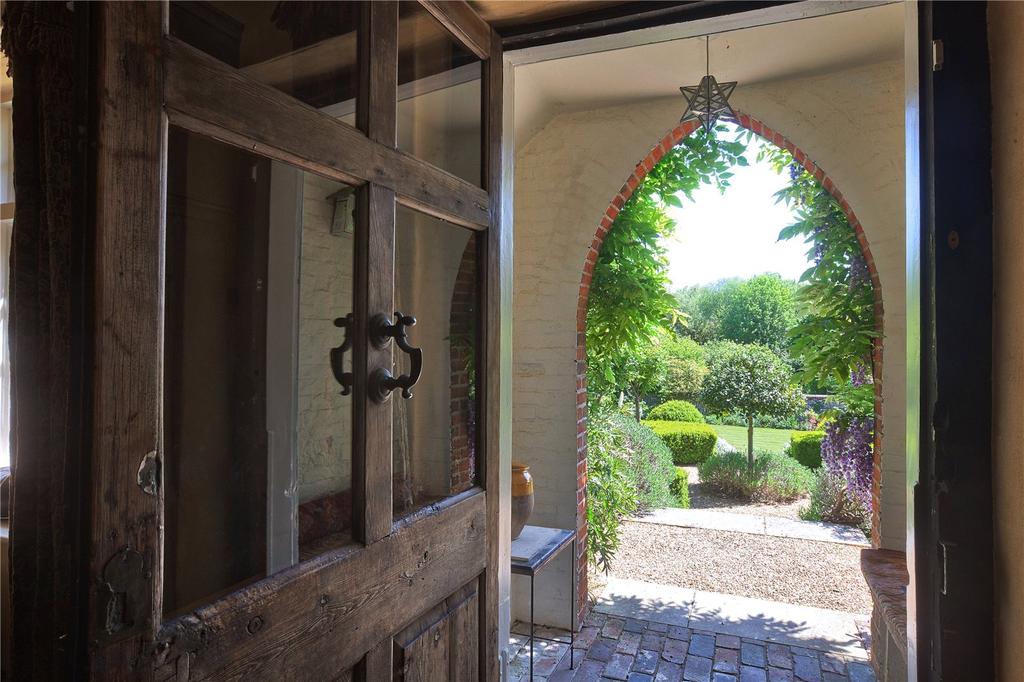 The present owners bought the house in 1995, and have beautifully maintained the 5,300sq ft home, which is set in 1.2 acres of immaculate walled garden. 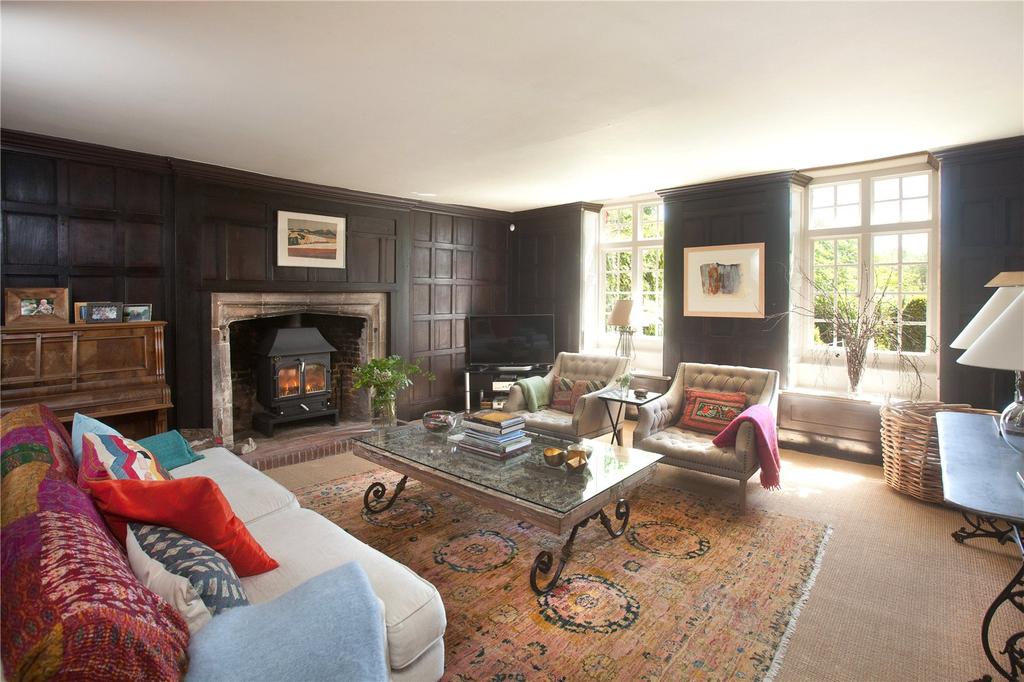 Beyond the kitchen lies one of those reception rooms, the sort of space that you can imagine making an excellent family room – it’s  believed to possibly once have been the dairy – while there’s also a utility room, pantry and extensive cellars. 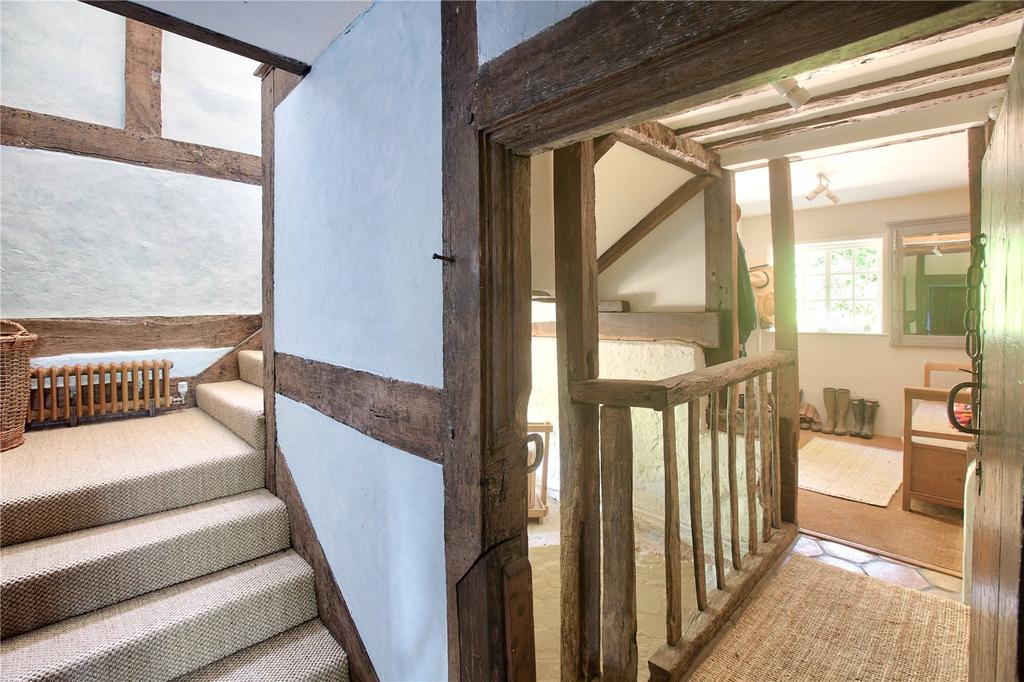 The master bedroom is also a real selling point, a vaulted room full of charm and dripping in character.

Also included in the sale is the adjoining property: a charming two-bedroom, Georgian cottage which the owners bought after their arrival here 23 years ago.

And then there are the grounds themselves. This is no huge estate, but the acre-and-a-bit included in the sale is utterly wonderful.

The walled gardens at the front of the property are beautifully attractive, with areas of terraced lawn ordered by stone pathways and clipped box hedging, a rose collection and specimen trees. 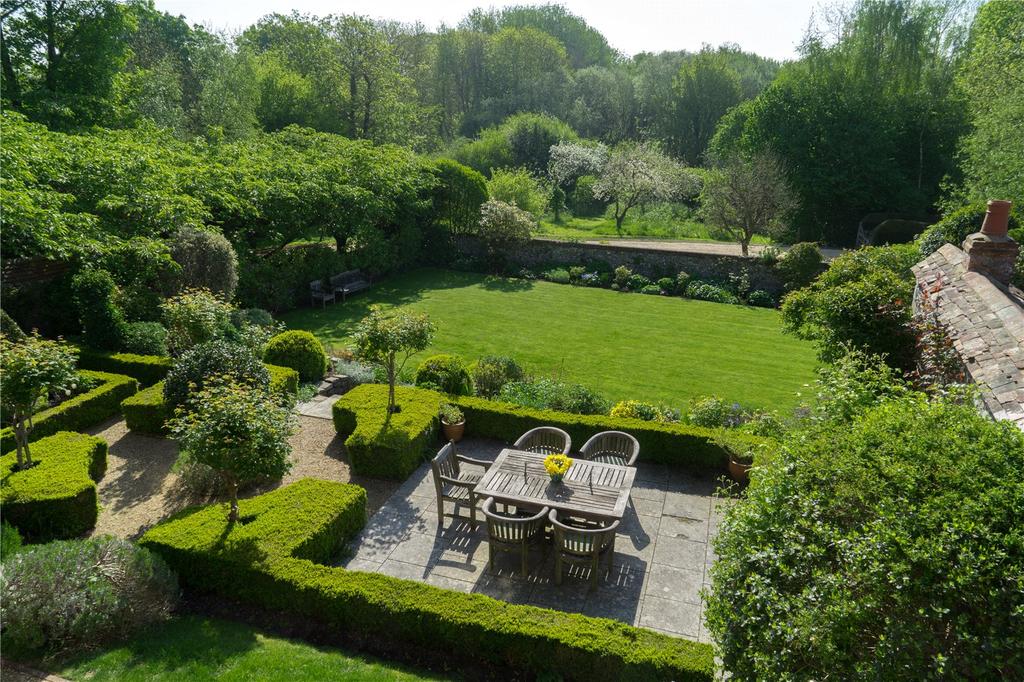 There is also a terrace adjacent to the front of the property, which makes the most of its south facing aspect. 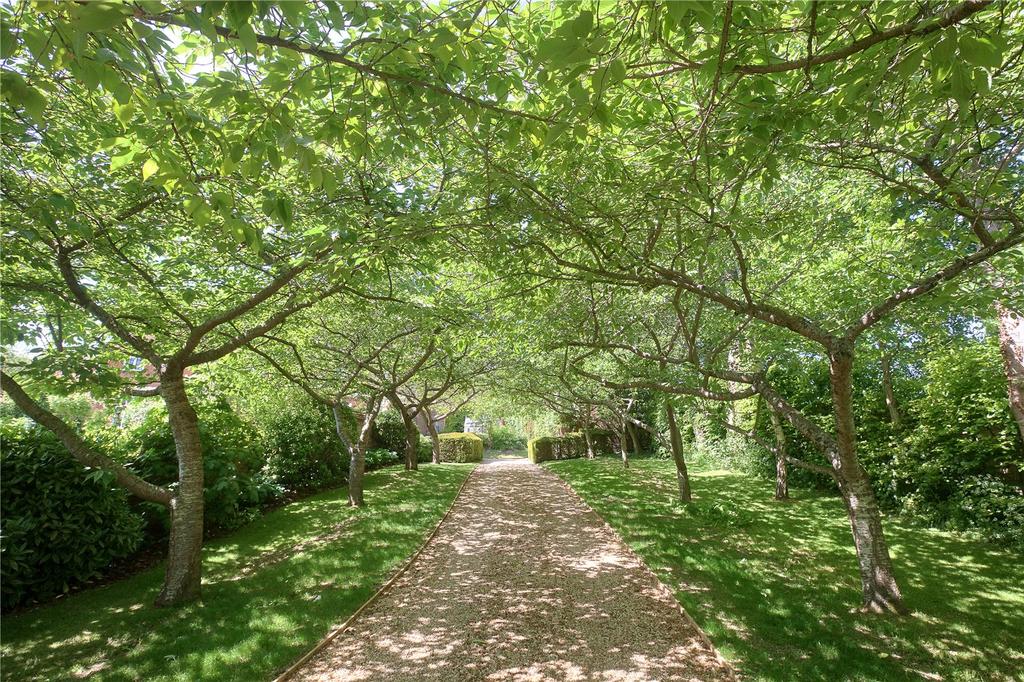 The monks farmed the meadows around Abbotts Barton for some 400 years until the Dissolution in 1538, when the estate was granted to Walter Chaundler, a farmer and gentleman who was mayor of Winchester from 1530 to 1531.

It remained with the Chaundlers until 1652, when the family were forced to sell as punishment for supporting the Royalist cause. 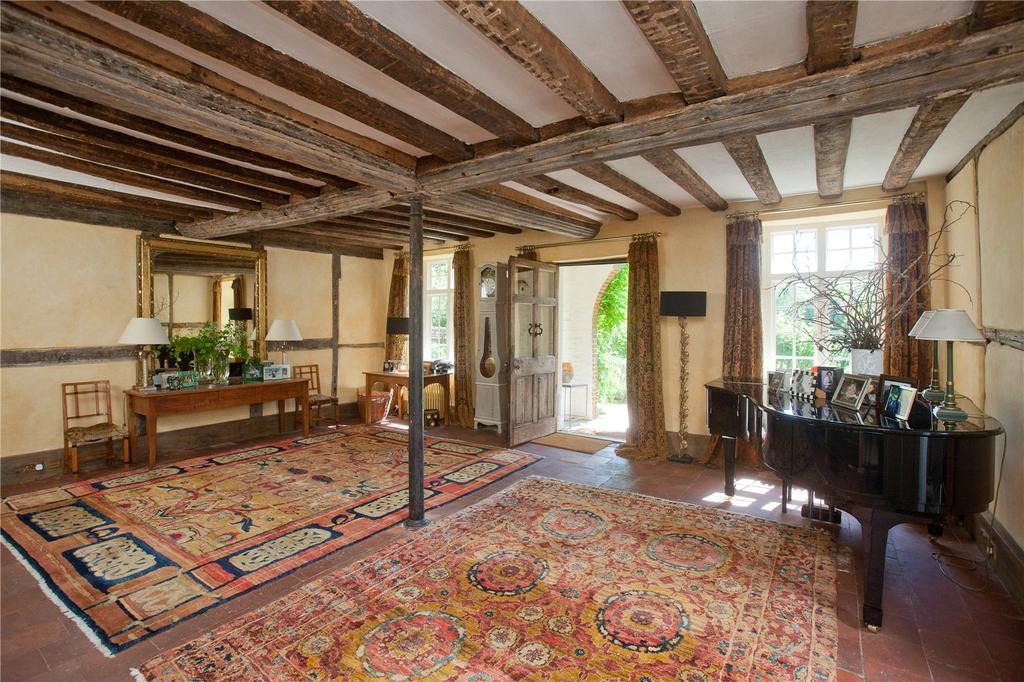 The next owners were Anne Mynne of Epsom and her husband, Sir John Lew-kenor, who owned several estates in the south of England. During their ownership, the house was let to tenants and fell into disrepair. 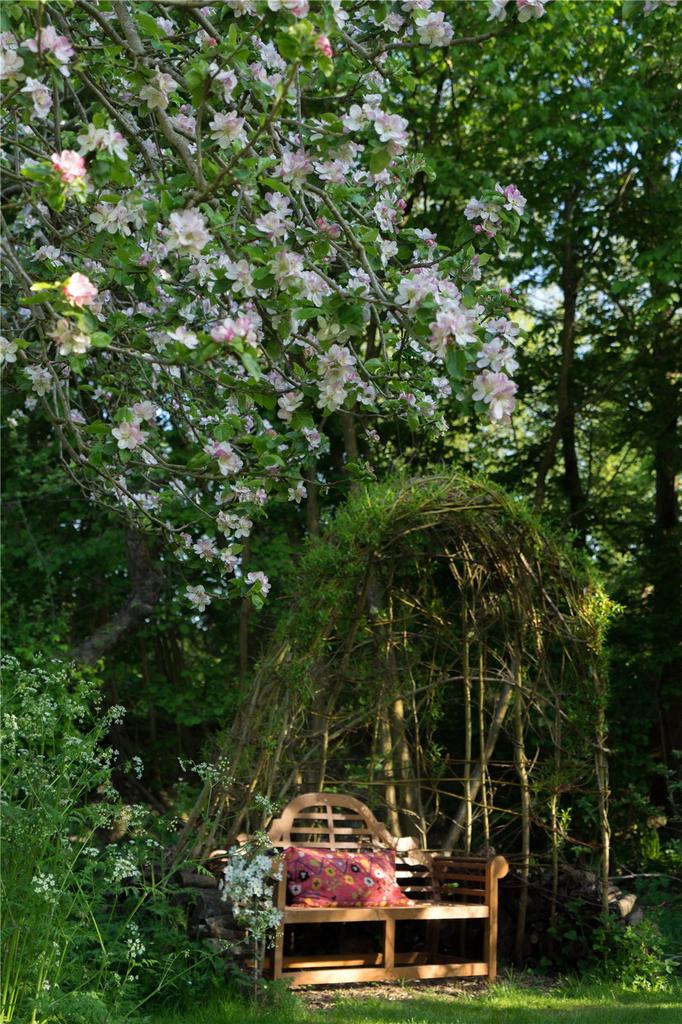 On their son’s death in 1706, the estate passed to Jane Austen’s brother, Edward Knight of Chawton and was later sold to William Simmonds, another rich landowner, whose family remained there until 1920.

Abbotts Barton Farmhouse is for sale via Savills at £3.35 million – see more pictures and details.