The average cost of a terraced house in London comes in at around £650,000 – but if you're willing and able to move further afield, you can find astonishingly beautiful homes for as little as half that. 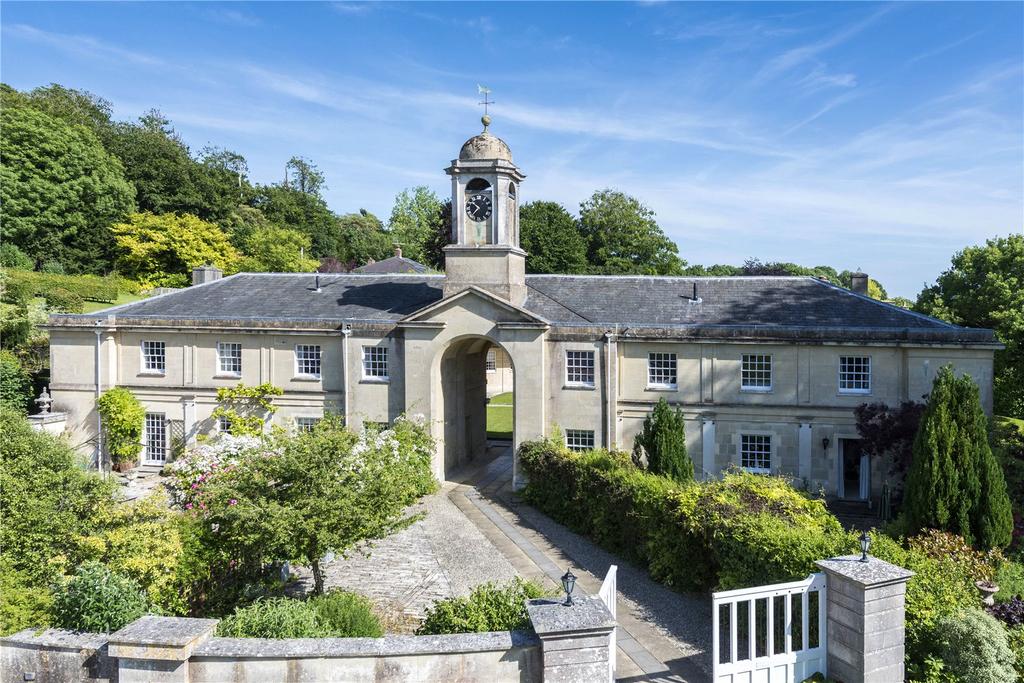 The Old Stables is a wonderfully beautiful 1832 building that originally formed part of the Landton Long Estate, the country seat of James Farquharson, 10 minutes from Blandford Forum.

It was considerately redeveloped into separate houses thirty years ago, and has been recently refurbished again – with number 5 being a bright, lovely mews house with a huge amount of character and style. 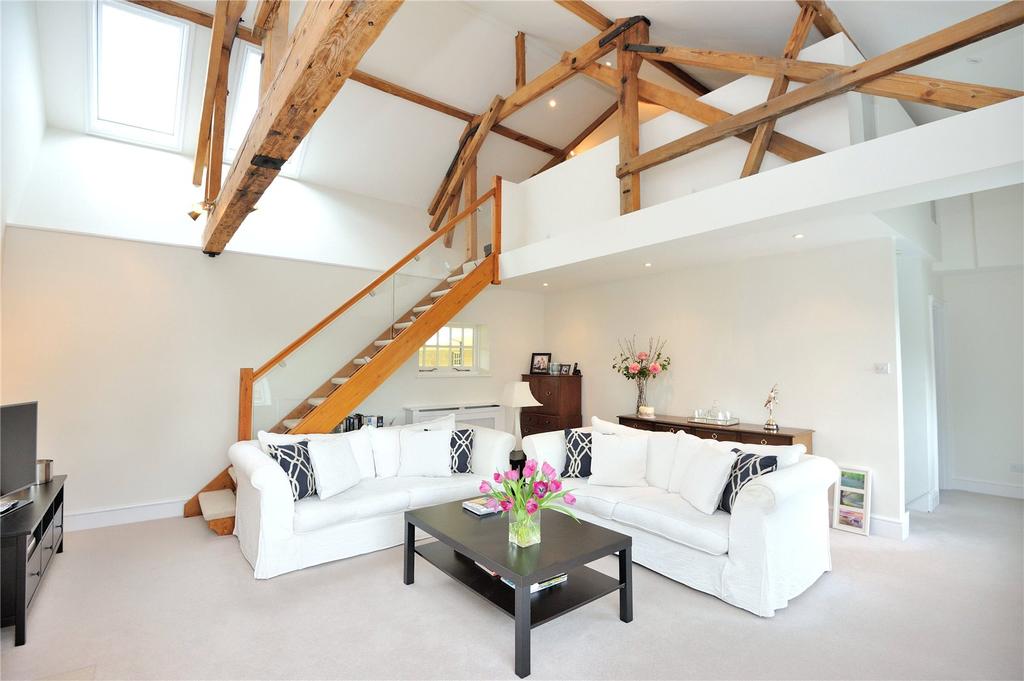 On the ground floor there is a large reception hall, 3 double bedrooms, one with en-suite facilities, family bathroom and a traditional conservatory which gives access to the courtyard garden. A door then leads through to the communal parkland gardens.

On the market with Humberts. See more details about this property. The Captain’s House in Harwich, in North Essex, offers quite phenomenal value – or rather it did, as an offer was accepted the same morning we wrote this article. It’s not hard to see why it was snapped up: an eight-bedroom Georgian house right on the waterfront for £650,000 is something hard to fathom for anyone used to London prices. 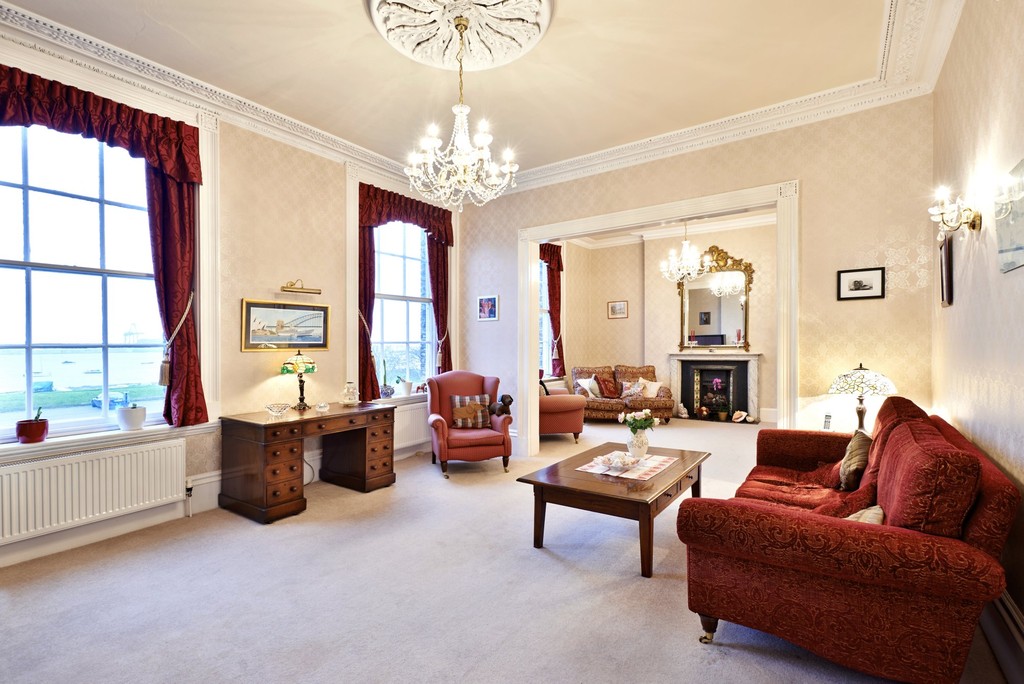 This Grade II-listed local landmark, said to be the tallest house in the town, sits right on the sea front and boasts stunning views across the harbour. It was built in 1820 by Thomas Bridge, a Harwich Packet Boat captain and Napoleonic War spy. While some updating is needed, there is a wealth of extraordinary features: two impressive 40ft high staircases, a magnificent drawing room, four original cellar rooms and a peep hole which leads through to four barrel-vaulted coal cellars.

On the market with Fenn Wright. See more details about this property. 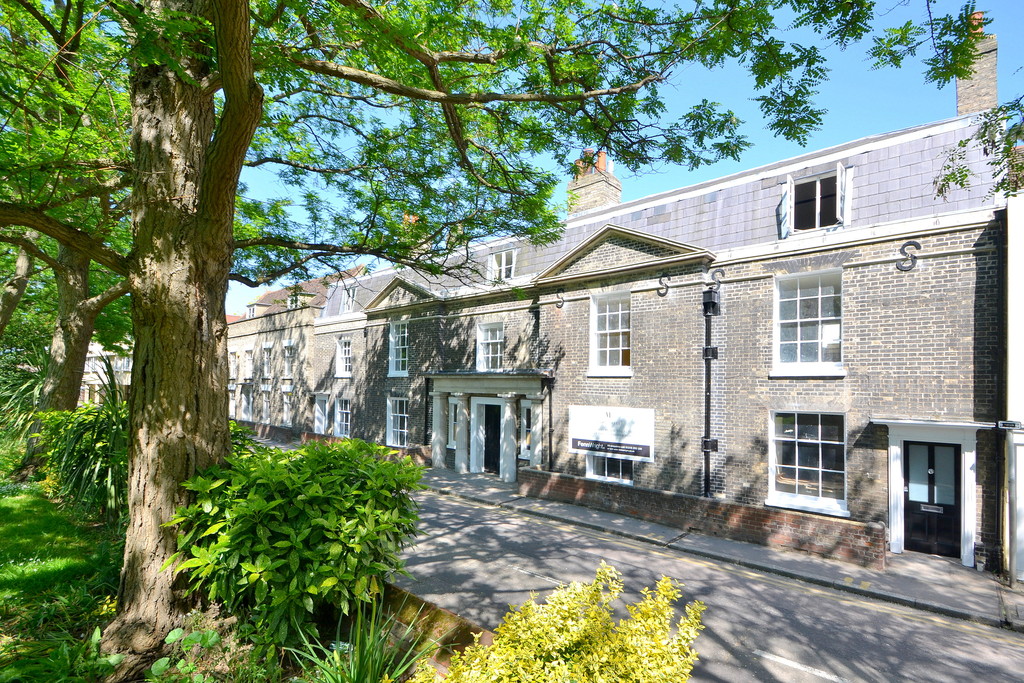 Right in the heart of Chelmsford’s Central Conservation Area and overlooking the Cathedral, several apartments are now for sale in a building which dates back to 1591 but which has existed on its current footprint since 1875 and has just seen a significant redevelopment. 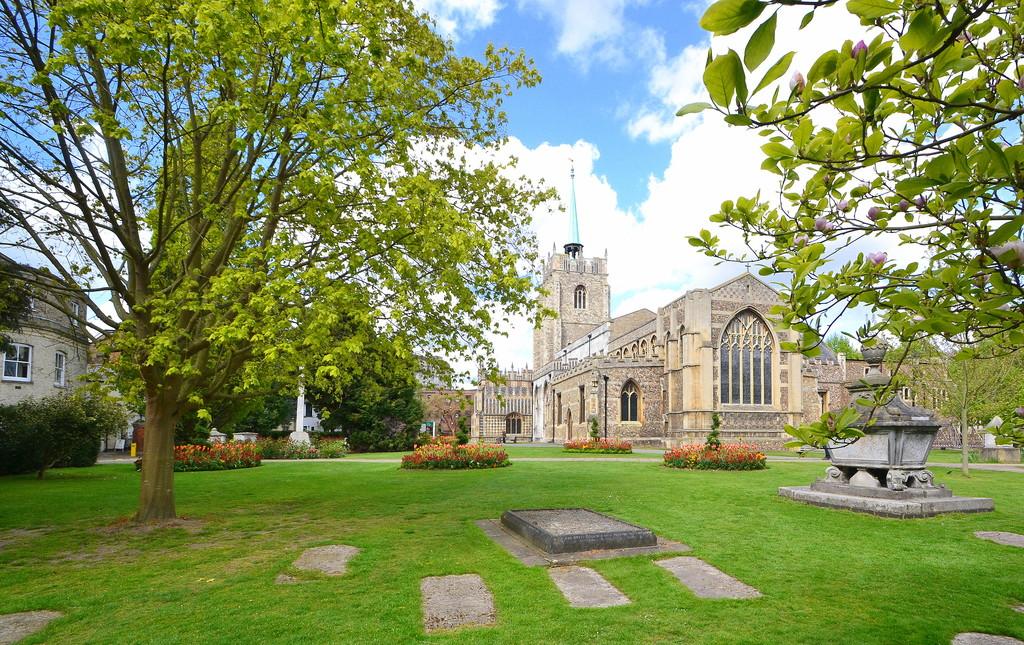 This particular flat comprises entrance hall and a circular kitchen/sitting area with tall doors opening on to the communal landscaped grounds. The kitchen and bathroom have both been in fine style – Villeroy and Boch fittings and so on – but it’s the delightful location that is the main selling point.

On the market with Fenn Wright. See more details about this property. 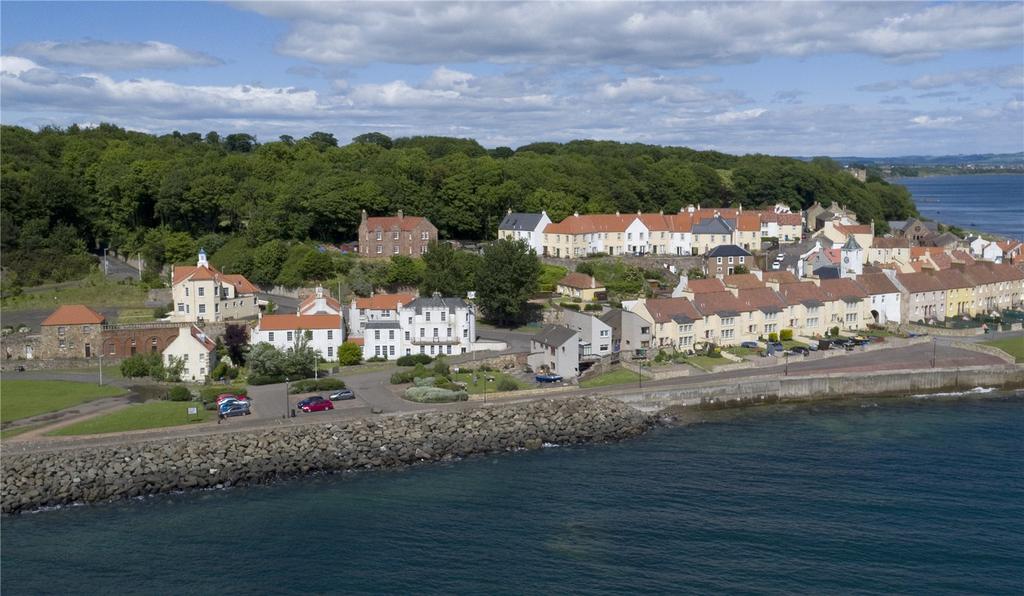 Sitting in an elevated position in the picturesque Fife village of West Wemyss, St Adrian’s Manse is a spectacular period property with magnificent southerly views over the Firth of Forth from the Bass Rock in the east to Arthurs Seat in the west and beyond– with dolphins regularly seen in the sea during the summer months. 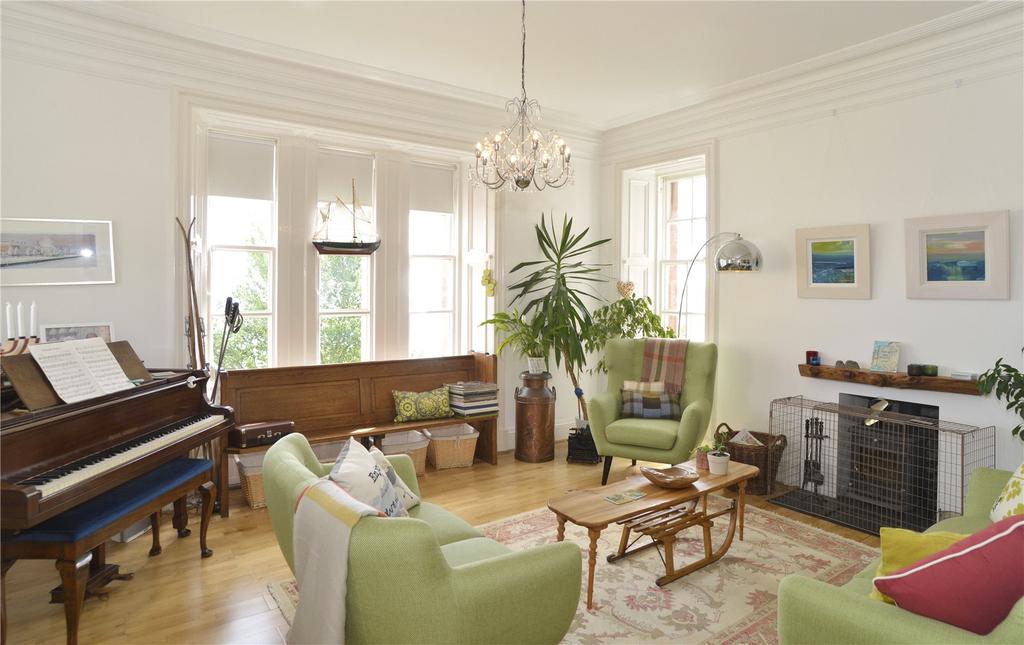 The house, completed in 1895, is a C listed building full of character, with three bedrooms and lovely views from almost every room.

On the market with Strutt & Parker. See more details about this property.

It may have only two bedrooms, but what John Brown’s Cottage lacks in size it more than makes up for in beauty – particularly in the quite astonishing garden.  Quietly situated in the hamlet of Ablington, this is a small, detached property which is Grade II Listed and sympathetically modernised – retaining leaded light windows in oak frames, shutters and exposed beams.

The sitting room has a flagstone floor and an open fireplace, with a spiral staircase rising to the first floor and the main bedroom with its beamed ceiling – beyond the bedroom a door leads to a steep ladder-style staircase to a small attic that serves as an occasional second bedroom.

The garden, as these pictures show, is a true delight, landscaped into a series of compartments, and including a wild area with a pond and a parterre-style vegetable garden enclosed by stone walls. 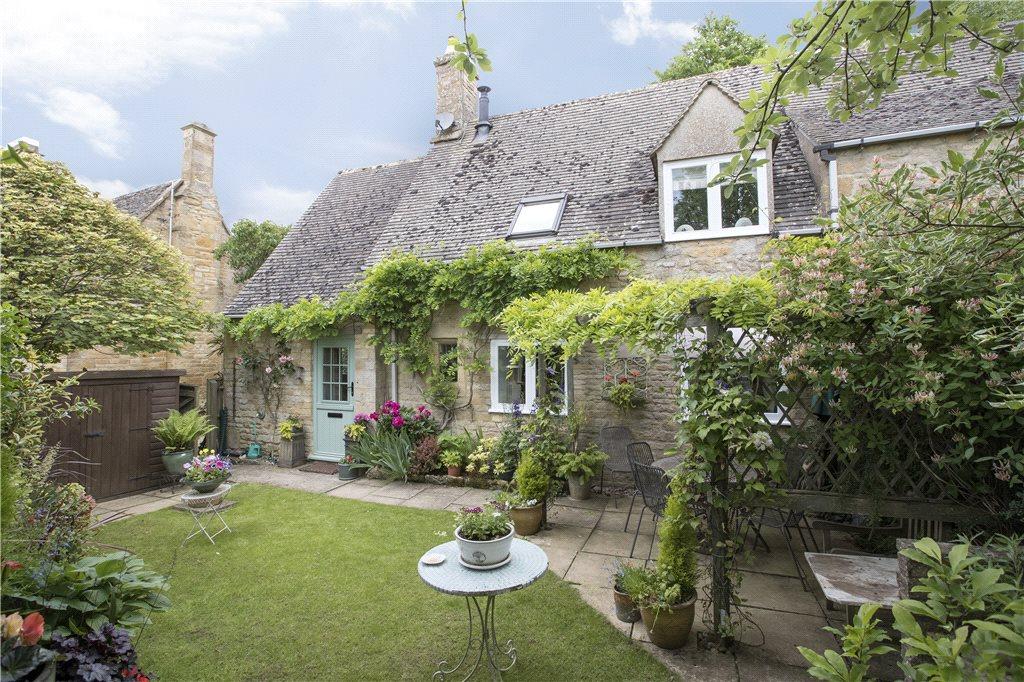 Graziers Cottage is classic Cotswold stone house with beamed ceilings, flagstone and tiled floors and an inglenook fireplace in the sitting room. It’s a two-bedroom cottage that would be ideal both as a main residence or a second home. 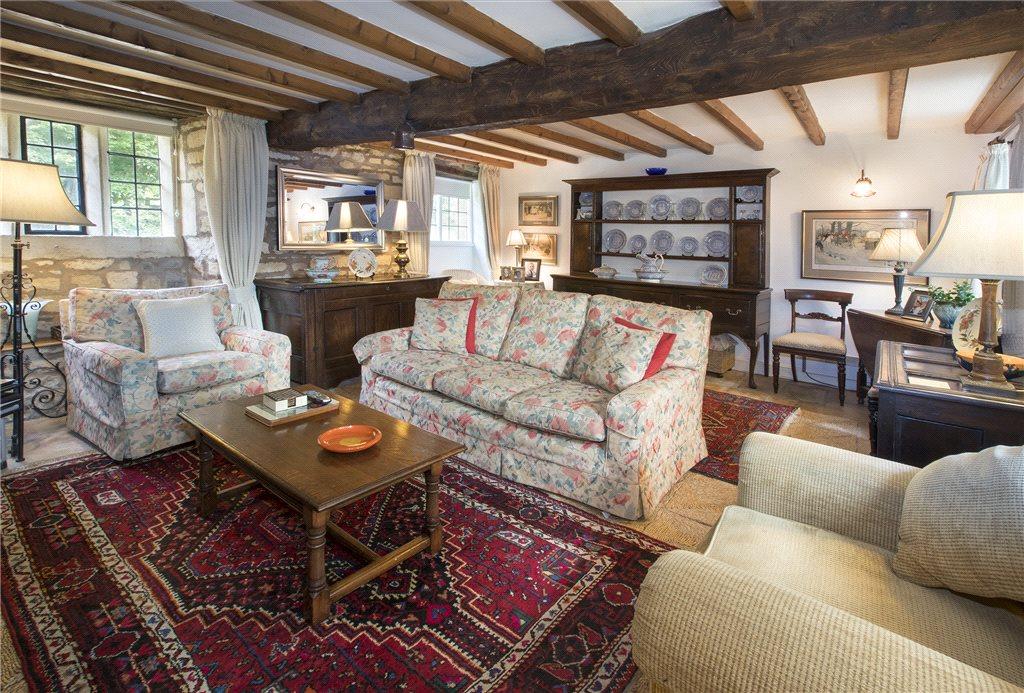 The cottage is located in the hamlet of Ford – which has an excellent pub called The Plough – and is about 7 miles east of Stow on the Wold.

On the market with Hayman-Joyce. See more details about this property.

This fabulous place is far more than just a wonderful 16th century house – it's an 200-acre estate with woodland, riding