This ten-bedroom country house lies in the Hampshire village of Droxford, one of the locations in the build-up to the D-Day landings.

Studwell Lodge, a Georgian house in the heart of rural Hampshire – for sale at £2.3 million via Charters and Sotheby’s International Realty – has fascinating history through, around, and even underneath it.

Droxford itself occupies a key slot in recent British history: the village is where Winston Churchill, Dwight Eisenhower and Charles De Gaulle met in 1944 to plan the D-Day landings.

Studwell Lodge has a more direct historical connection, in the shape of one of the most famous naval officers of the 19th century. Sir Henry Keppel, a British naval officer lavishly decorated for his role in the Crimean War, knew the family well, and apparently had his crew build the croquet lawn at the back of the house. Keppel went on to become Admiral of the Fleet – the highest rank in the British navy.

As for the history beneath the house? That consists of some Napoleonic tunnels, originally dug to allow ground keepers and horsemen to transit the property without disturbing the inhabitants of the house above.

The property itself is a fascinating and large home arranged over four floors, including a large basement that was once the household kitchen – there is still a dumb waiter which goes up to the reception hall.

Grandeur assaults your senses as soon as you come through the front door into a brightly-lit hallway with an impressive staircase and huge feature windows. Head through into the reception hall and you’ll come across the space where the present owners have their piano. 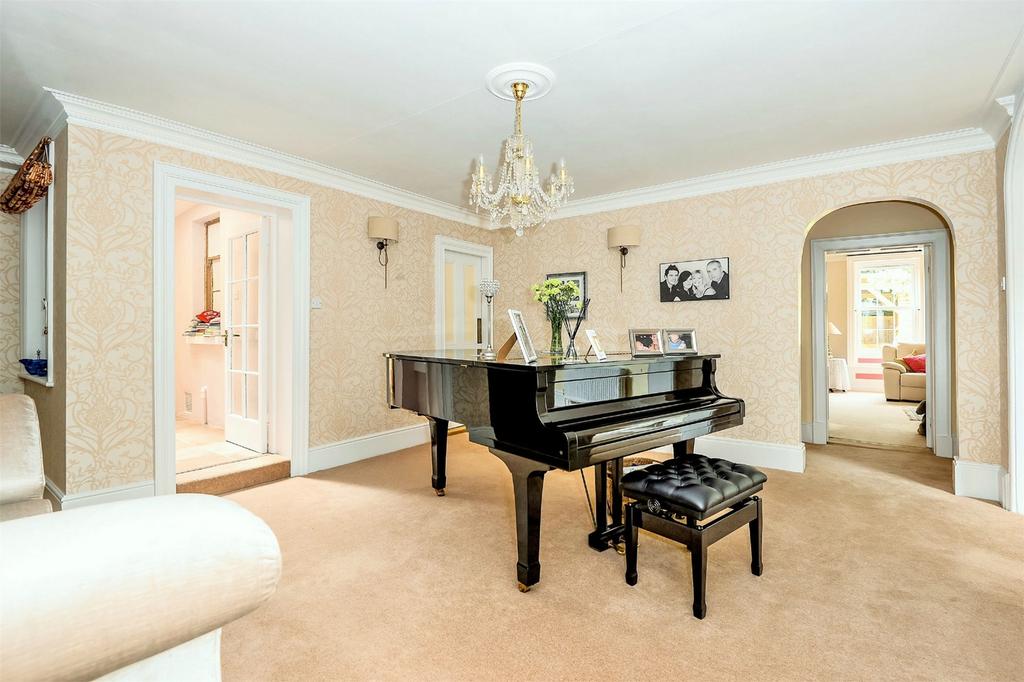 The main sitting room has lovely features for summer or winter with an open fire to one side and glazed panelled doors overlooking the formal garden. 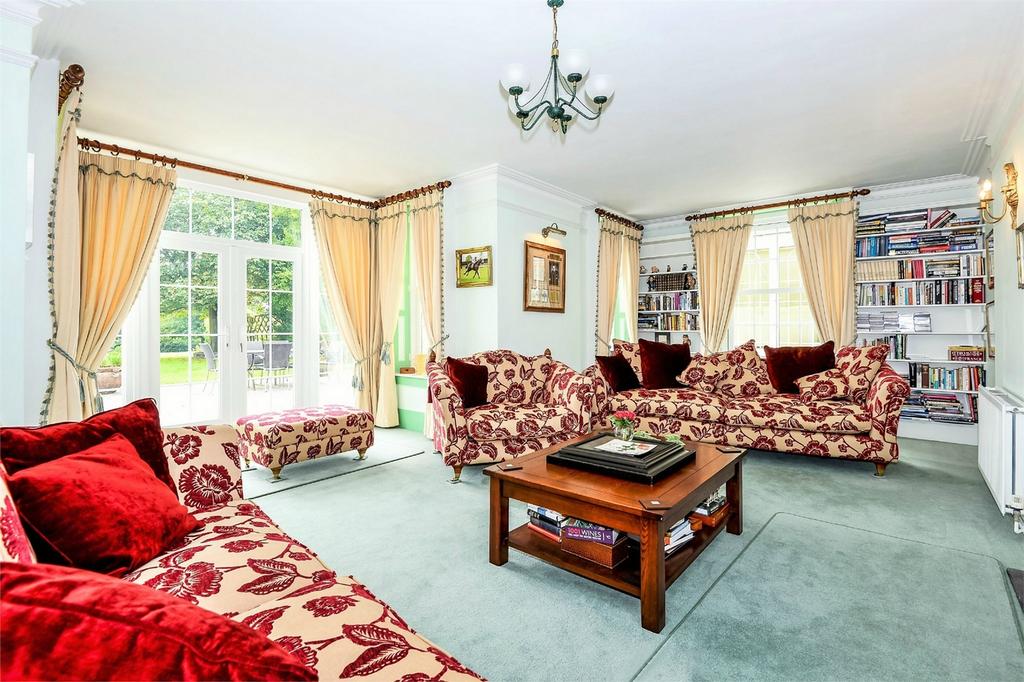 There is also a study, two further reception rooms, a breakfast room, a utility room and a workshop, while the kitchen/diner has an array of units with  granite work surfaces and a glass covered well that can be lit up to add to the atmosphere.

It is, however, the conservatory which will catch most buyers’ eyes: it’s a huge, split-level affair. The lower level is presently used as a gymnasium, with steps to the bar and socialising area. This area is actually over a swimming pool that is currently not used but which could easily be reinstated. Though you won’t have Sir Henry Keppel’s men to help with the labour. 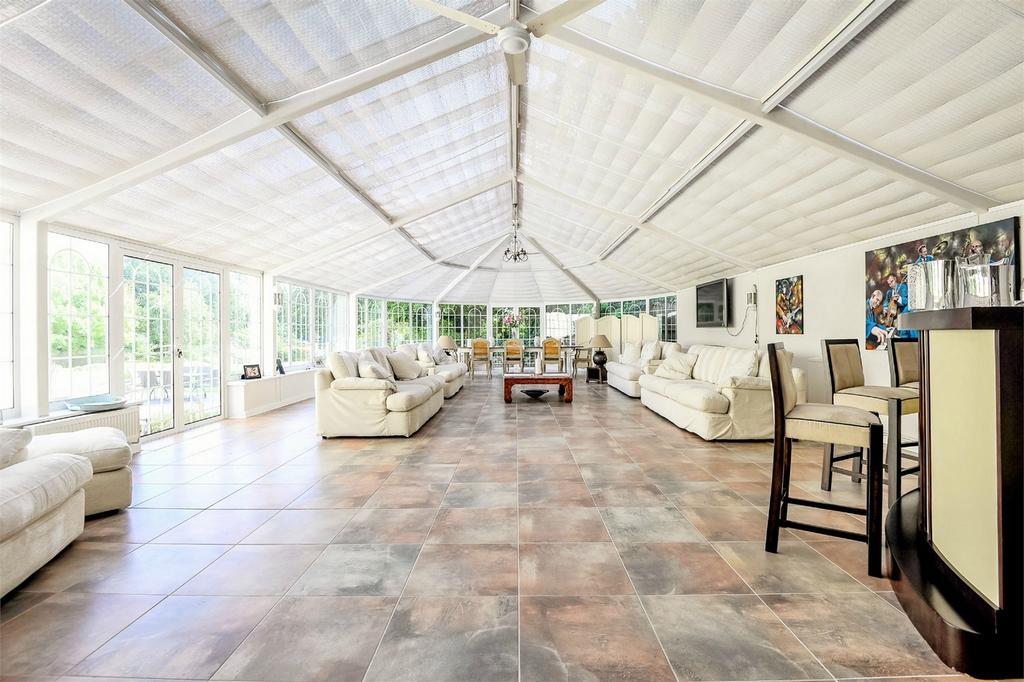 The ten bedrooms are spread across the first and second floors of the house, most of which have en-suite or adjoining bath facilities. 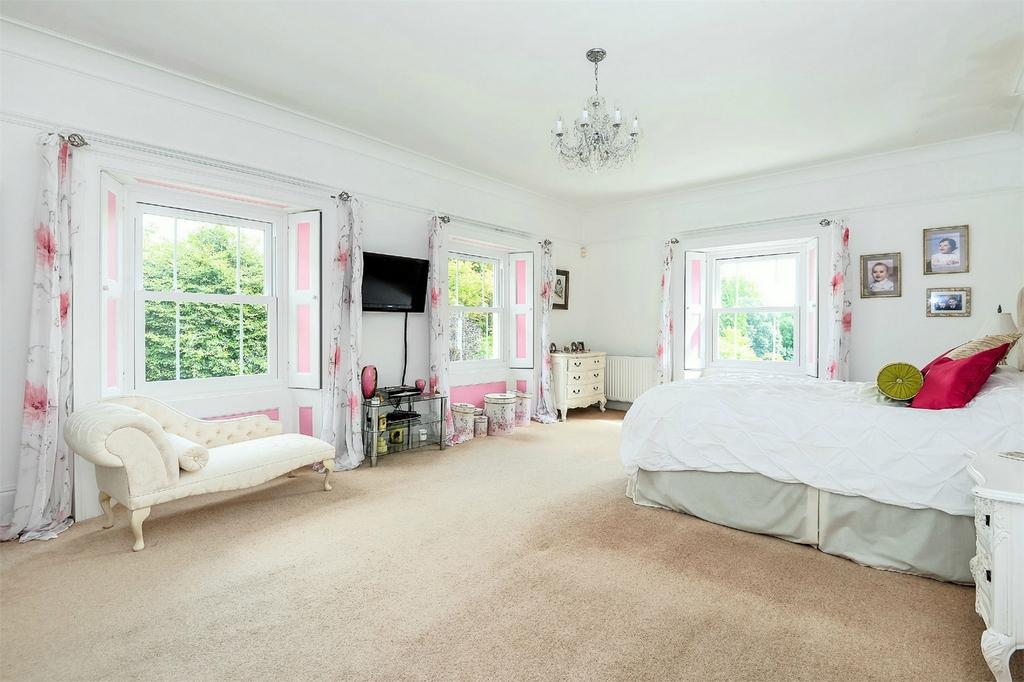 The house sits in 12 acres of land, three acres of which are formal gardens – including a tennis court and orchard as well as the aforementioned croquet lawn – with the rest comprising a mix of woodland and water meadows, including fishing rights along the river that bounds the property. 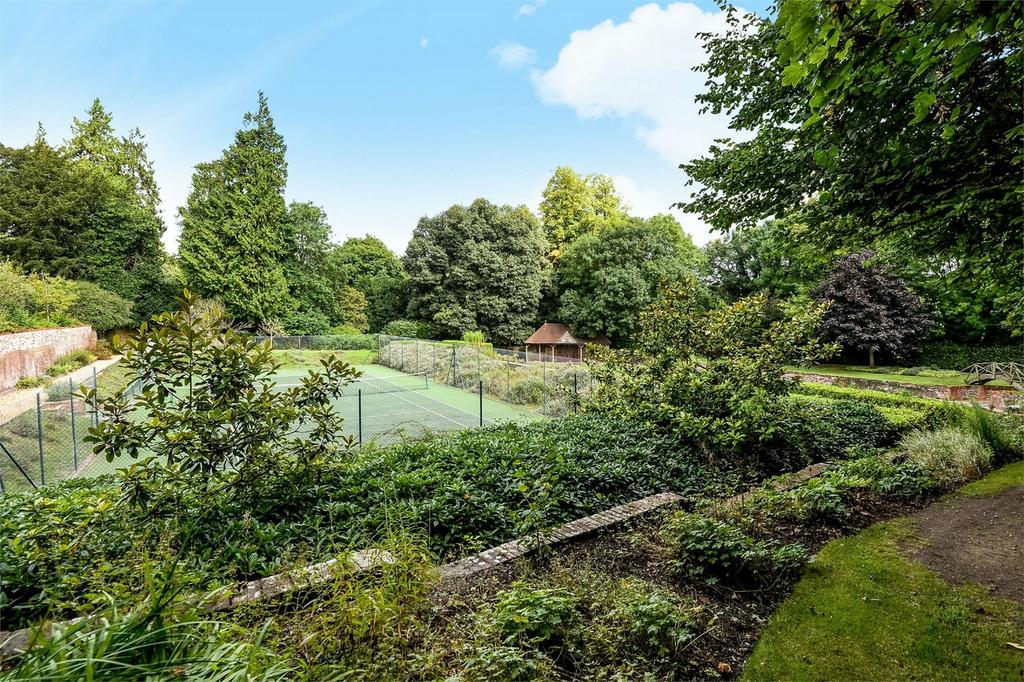 Studwell Lodge is for sale at £2.3 million via Charters and Sotheby’s International Realty – see more details and pictures.