The beautiful Wix Abbey is a house full of history, with connections to the highest in the land, yet remains a cosy family home within easy reach of London.

Lord of the Manor of Wix Abbey. It has quite a ring to it – and so it should. It’s a title which was originally held by Cardinal Wolsey, and then by Henry VIII himself.

Though this house near Manningtree – on the market via Fenn Wright at £1.15m – and the title are both delightfully grand, less grand is the way in which Wolsey came about both. The then-Archbishop of Canterbury and Cardinal got his hands on it following the suppression of a group of Benedictine nuns who had held the land since the 12the century.

After the suppression of the nuns, the land was given to Oxford’s Cardinal College (now known at Christ Church), the college that Wolsey had just founded. The title he kept for himself; after his fall, Henry claimed the title, and the land as Cardinal College was re-founded as Henry VIII’s College. 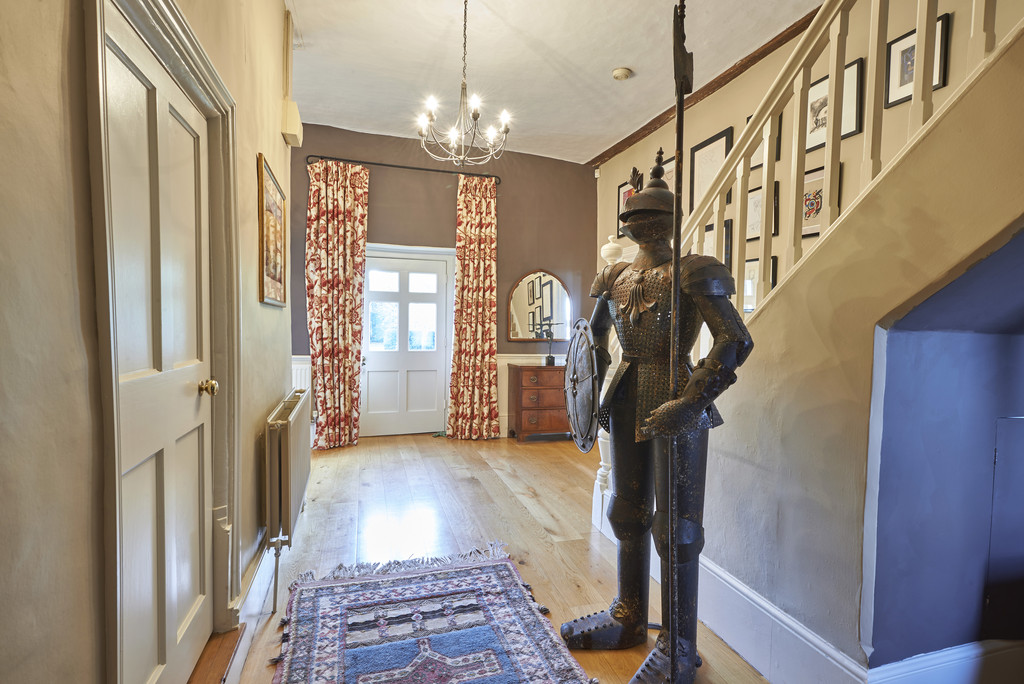 The house thereafter passed into the Vesey family in 1561, who held onto it (and the title) for three centuries. And it was they who built the Manor as it stands today: a handsome, five-bedroom home set in three acres of land priced at a very reasonably-sounding £1.15 million for a home that’s easily commutable to London (Manningtree is located between Colchester and Harwich – direct trains to Liverpool St Station take an hour). The sale of the title, which was bought by the current owners in 2001, is by separate negotiation. 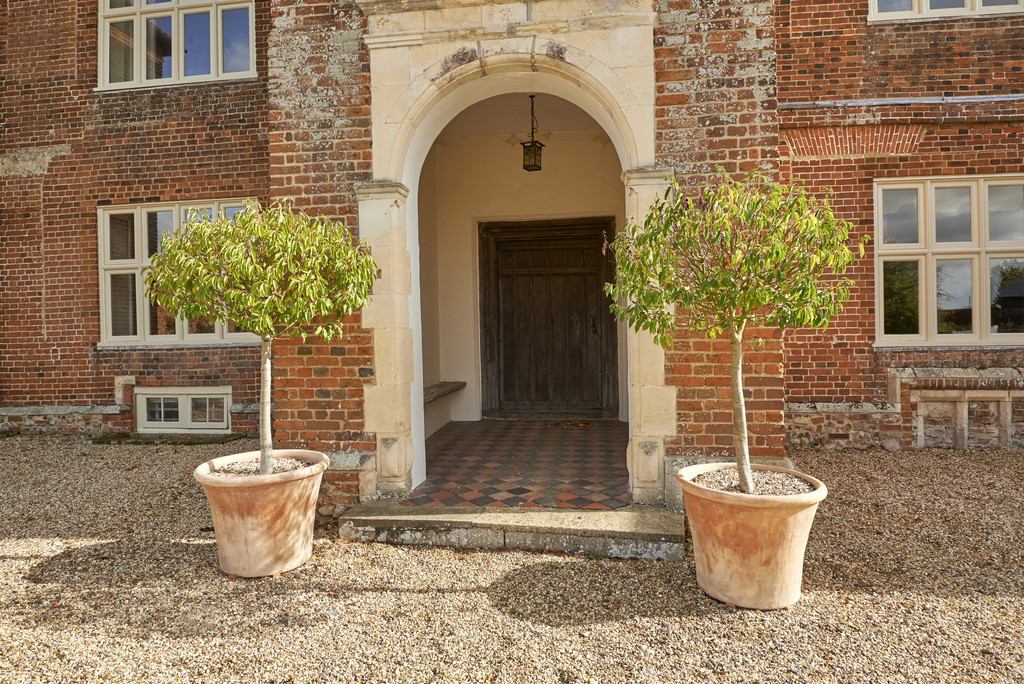 The centrepiece of the property is an impressive reception room with a 10’ ceiling, while the drawing room is also full of character with its original stone-built open fireplace and window seat perfect for snuggling up with a book. Also on the ground floor is a huge studio with French windows which open out onto the terrace and gardens. These outside spaces are one of the main draws of the property: there are wide open areas of lawn, areas of formal planting, a 110-foot pond and side gardens divided off by beautiful mature yew hedges. 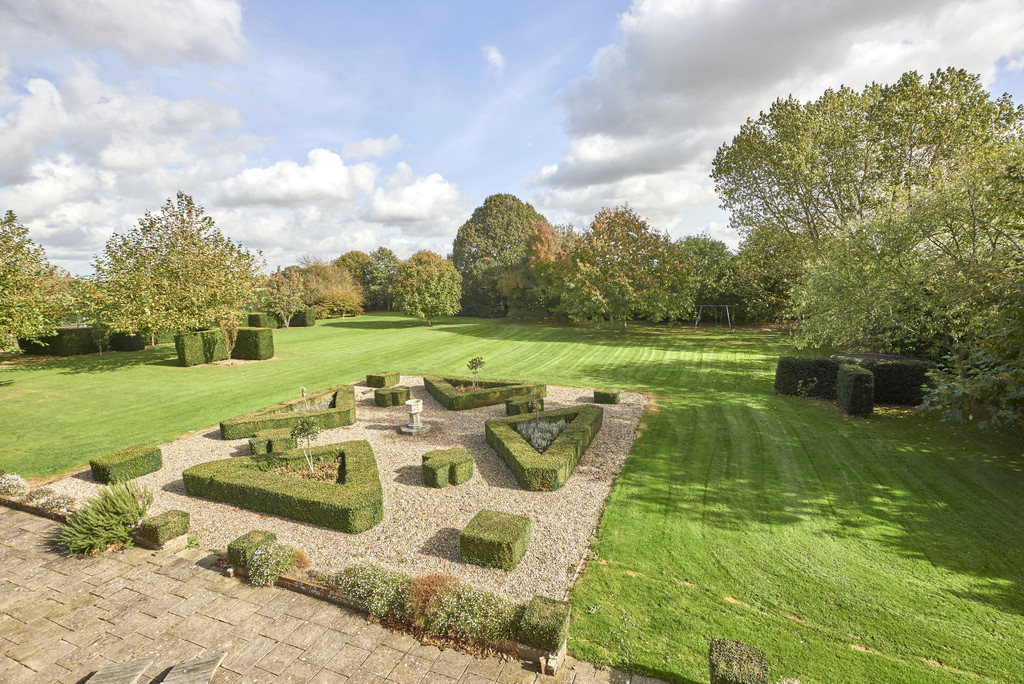 Off in one of these side gardens is a tennis court with its own pavilion – something the sport-loving Henry VIII would no doubt have heartily approved of. Upstairs in the main house are five main bedrooms, but there are also two additional attic rooms and a good-sized cellar should you need extra space.

The house is currently decorated and furnished very nicely, though in something of a mix of styles. The large kitchen-dining room, for example, has a beautiful old Aga as its centrepiece, but modern halogen spotlights provide the lighting. 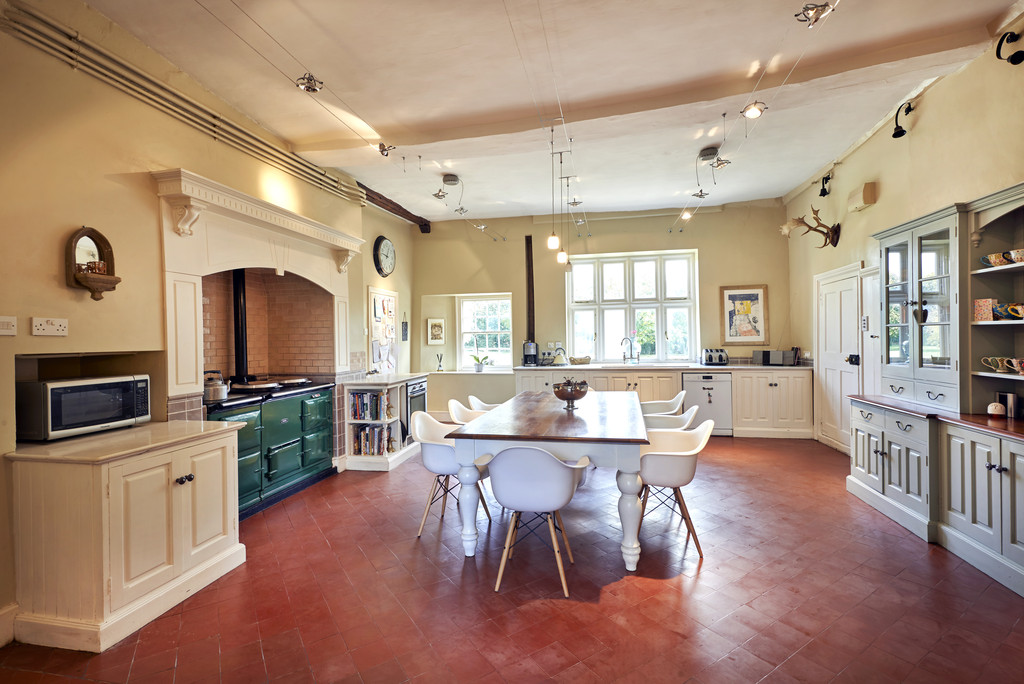 Meanwhile, in the hallway you’ll find a whimsical suit of armour; walk through to the studio, however, and you’ll find modern office furniture and bright curtains. It might be listed and full of history, but it’s very much a 21st century family home.

Wix Abbey in Manningtree, Essex, is for sale via Fenn Wright at £1.15m, with the title available via separate negotiation. See more details and pictures.