The stables at the gloriously pretty Monteviot House and Gardens near Jedburgh have been converted into a quite brilliant self-catering apartment where all the niggles of packing for a family holiday have been taken care of. Toby Keel paid a visit.

This summer has unofficially been crowned the year of the staycation. With the on-again-off-again status of flights to the most popular destinations across the continent, millions of people who’d been hoping to make it across to France, Spain or even further afield have instead stayed put.

What’s curious about this to me isn’t so much that it’s happened, but that it’s in any way remarkable — for we’re lucky enough to live on one of the most beautiful islands on the planet. Tourists used to pour into Britain each year in their tens of millions, so why shouldn’t we make more of what’s on our doorstep?

Perhaps it’s just me: years of trying to go on holiday with young children who get car sick on the way to the corner shop and a wife who gets sunburnt looking at beach pictures on Instagram has meant that holidays in Britain have been the done thing for some years now. We’ve been everywhere from the Isle of Wight to the Scottish Highlands, and from the Norfolk coast to Gower Peninsula. (We did get to Greece one year; it was almost November, and the weather was just about right. The thought of going in July is more than I could take.)

All of this is a roundabout way of talking about a place which went straight into our family holiday hall of fame: Monteviot Stables West. It’s a simply beautiful self catering place that occupies the grand, stone-built stables of one of the finest country houses in the Scottish Borders. This mostly-Georgian house occupies an incredible site on a hillside high above the River Teviot, whose waters lap gently at the foot of gardens which run all the way down to the shore. 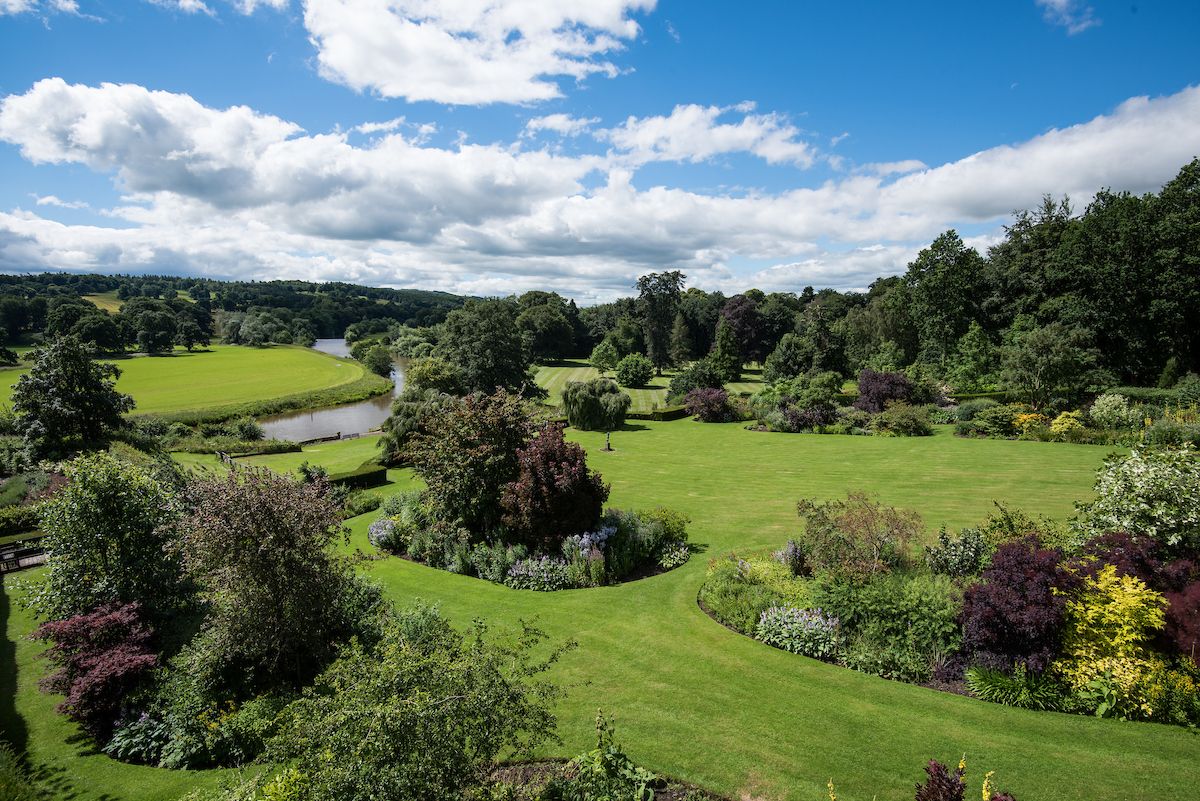 Those gardens are even more famous than the house, and the subject of an article in Country Life’s issue of 12 August. They taken in lawns, topiary, herbs, water features, a rose terrace, a tunnel of laburnums, an arboretum and even a sculpture garden named ‘the garden of persistent imagination’. Even if you’re passing through this part of the world — just a mile or so off the main road from Edinburgh south into the Borders — we’d heartily recommend a visit. And the best bit, for those staying in the Stables, is that you can wander around to your heart’s content after the crowds have left for the day.

The Stables West occupies roughly half of what was once have an enormous equestrian facility. It’s been beautifully refurbished and tastefully decorated, with a huge living room, formal dining room, very well-equipped kitchen and four huge bedrooms — two doubles and two twins, making it ideal for families. There’s even a boot room and an office, should you really feel the need to bring some work with you. (But please, don’t bring work with you. This is your holiday.) 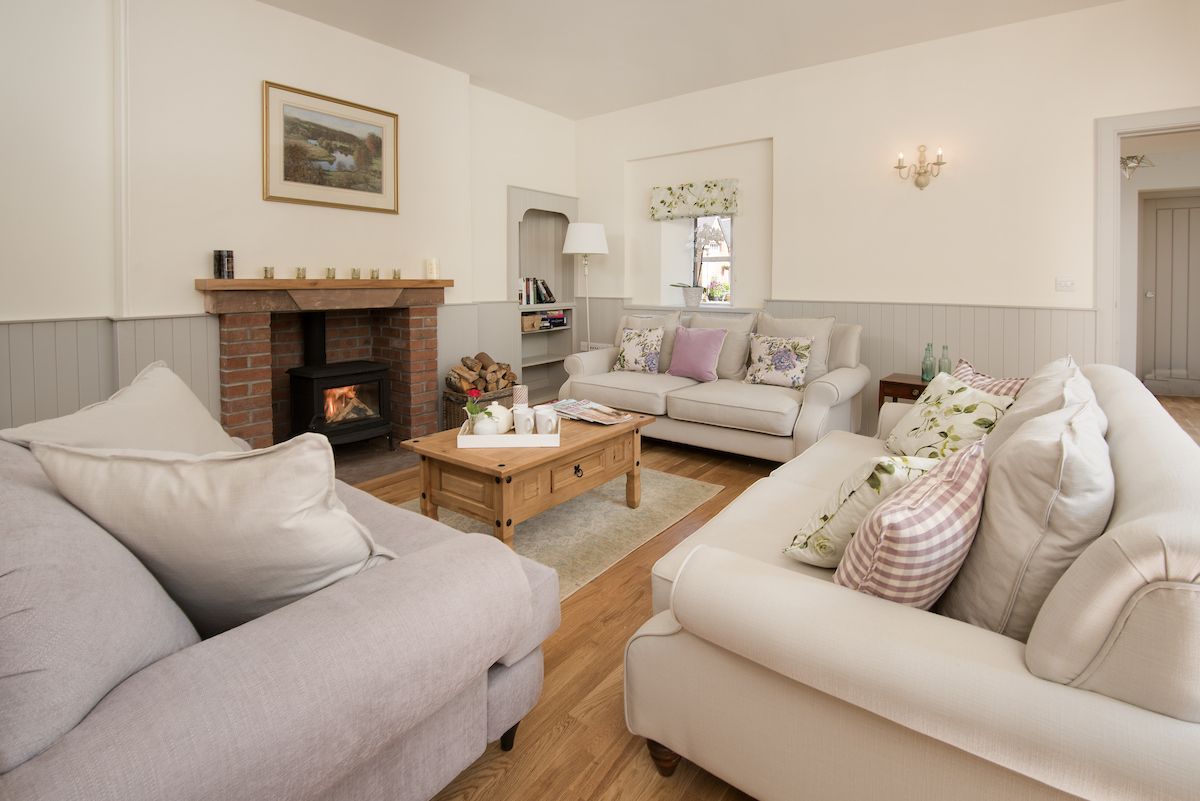 One more thing worth noting: Stables West is rented out via Crabtree & Crabtree, who have made a real selling point of trying to take the headaches out of a self-catering holiday with family. A case in point — and top of the list for those with small children — is the C&C Tots service. A dozen or so of their properties in the Borders and Northumberland are fully kitted out with everything you could need, and would normally have a nightmare fitting into the car: there are high chairs, baby monitors, potties, stairgates, microwave sterilisers for those with really little ones, while some properties even have paddling pools and sand pits, child-friendly DVDs.

The Harestanes Visitor Centre is right next door to Monteviot, with a superb children’s play area. And decent coffee.

There was even a goodie bag for our children with all sorts of wonders, and lists of family-friendly things to do/ Emma Crabtree, who founded the company, came up with the idea based on her own experience of having chidren, and ‘the sudden realisation that teeny people need an unbelievable amount of kit! With that, we created C&C Tots, working with a handful of our owners to equip their houses with everything a family with babies or toddlers could want or need.’

A week at Monteviot Stables West starts at £720 (three nights from £540), sleeping eight — see more at the Crabtree & Crabtree website, while you can read more about Monteviot House and Gardens at monteviot.com. 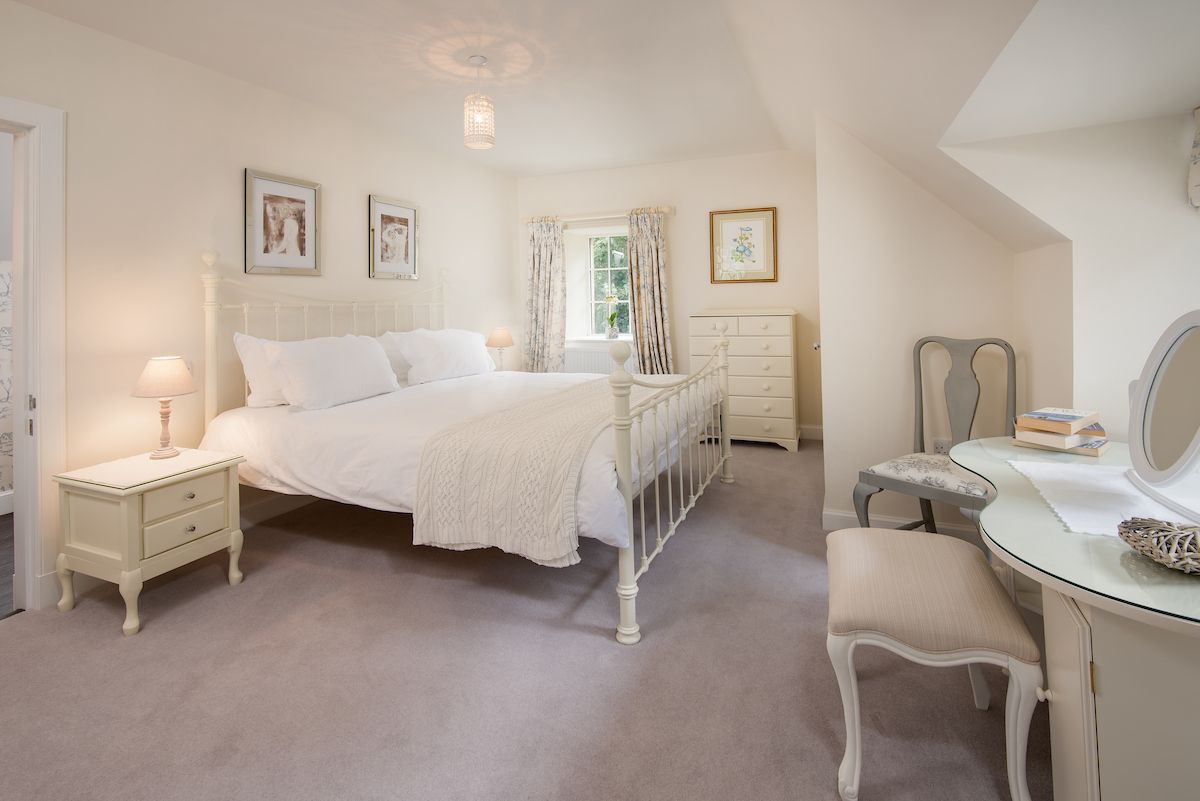 Top of the list should be the Waterloo Monument, sometimes called the Wellington Monument, a 150ft tower that’s a bracing stroll from Monteviot itself. Built between 1817 and 1824 to commemorate the end of the Napoleonic wars, it was built by Archibald Elliot and stands 150ft tall. It’s not open to the general public, but if you’re staying at Monteviot you can arrange to borrow the key from the Lothian Estates office for a nominal fee and climb 228 steps to the viewing platform at the top, from where it feels like you can see the whole of the Borders.

The Waterloo monument Peniel Heugh in the Scottish Borders.

Just as unmissable as the Waterloo Monument is the quite wonderful Floors Castle, seat of the Duke of Roxburghe, which proudly declares itself the largest inhabited castle in Scotland. The grounds and gardens are beautiful but it’s the house itself which is the real highlight; unless, that is, you can arrange for a visit to coincide with the castle’s annual Massed Pipes Day, a fantastic celebration that draws bagpipe bans from across the country.

There all plenty of pretty little towns to visit in the Borders, with Jedburgh, Kelso, Hawick and Melrose all worth a look — with the latter boasting Melrose Abbey and Abbotsford, the extraordinary home built by Walter Scott which had a huge influence on Scottish architecture that’s still felt today. But don’t miss the charming little village of St Boswell’s, where you’ll find a superb café-slash-bookshop called the Main Street Trading Company.

Zara Tindall is one of three riders to have held both world and European eventing titles simultaneously. She speaks to