This town house on the Kent coast has been restored by its actor owner to create a kitchen that’s sympathetic to its Georgian roots.

Deal is one of Britain’s most picturesque and historic coastal towns. During the 1960s, the town council proposed razing many of its older buildings to the ground, but, in response, locals succeeded in preserving Middle Street, which is lined with 18th-century town houses and some earlier timber-framed cottages, to create Kent’s first conservation area.

This room stands to the rear of one of Deal’s listed town houses. It’s in a rear extension that’s thought to have originally been a smokehouse and its dilapidated condition deterred many from buying the property.

For its owner – the actor Neil Stuke, who grew up in the town – the house created an opportunity. After going to great lengths to preserve faithfully the original details while rebuilding the space, he opted for the simple Shaker style of British Standard (britishstandardcupboards.co.uk) in a combination of white cabinetry and shiny chrome drawer pulls.

This crisp look is complemented by glossy metro wall tiles, wall-hung sconces and marble worksurfaces. The painted boarding on the ceiling is original to the building.

A metal drying rack from Hoxton Store adds a warmer note. ‘It’s a gem of a shop that we’re lucky to have in Deal,’ says Neil.

Further character is introduced in the chimney-breast alcove that Neil fitted with a vintage French wine rack. ‘I wanted the kitchen to look like an old Victorian pantry and love how these tiles really tie the space together.’

Neil Stuke rents out the house out via AirBnb when not staying there – you can see more pictures of the place at www.17farrierstreetdeal.com. 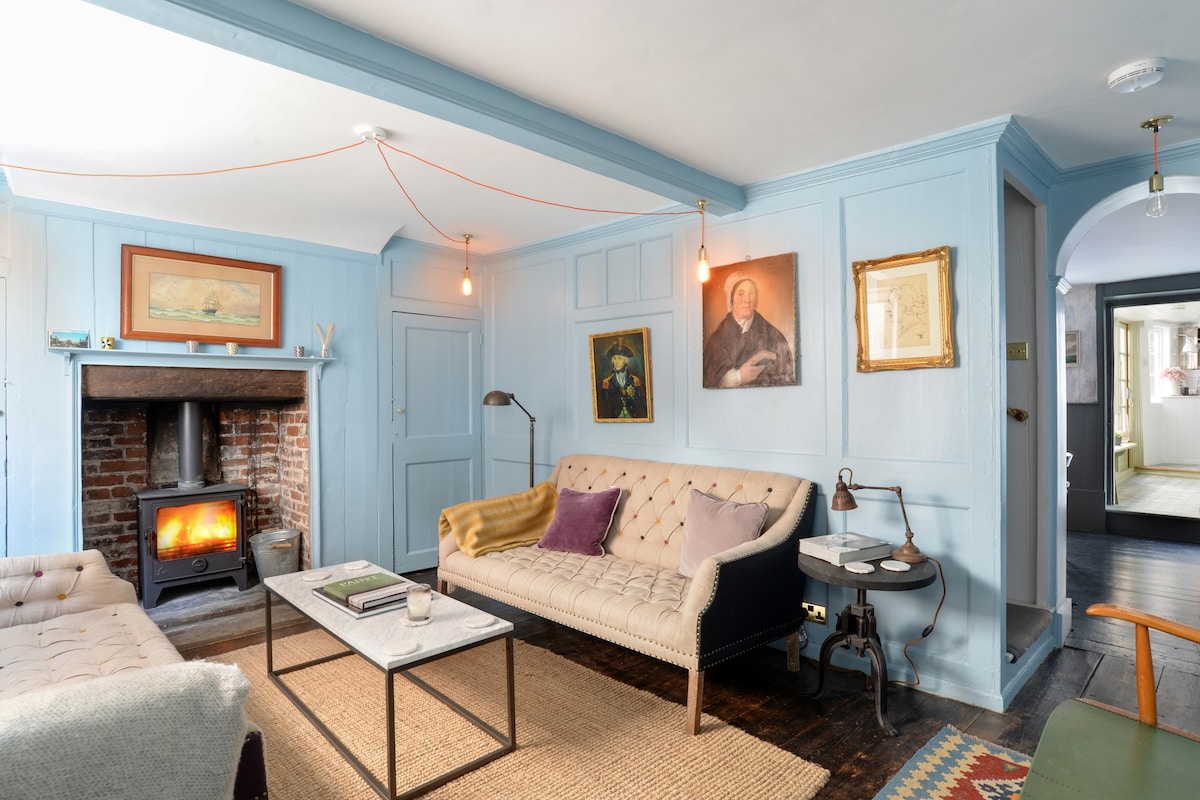