From the seller who refused to take an extra £11,000 because it would have been bad luck to man who refused to move until Mercury was heading in the right direction, Roderick Easdale takes a look at some of the most superstitious house buyers and sellers in Britain.

Some people refuse to buy at No 13. Indeed, often they get no chance to do so, as some 28% of residential streets don’t have one. Where there is, it tends to be cheaper than its neighbours. Sale prices of properties numbered 13 average about 2% less than 11 and 15.

Those at No 13 also tend to retain their property longer than the average homeowner. Land-registry figures show that the number of sales of No 13s are, on average, about 8% fewer than those of other properties – even after adjusting for there being fewer of them.

What’s more, 32% fewer homes are sold on the 13th day of the month when set against the monthly daily average. Friday is a popular day for completions, but certainly not when it’s a 13th. There are 43% fewer transactions on any Friday 13th compared with other Fridays in the month.

It’s not just triskaidekaphobia (fear of the number 13) or paraskevidekatriaphobia (those who worry when it’s Friday 13th) that affect a property’s marketability. Camilla Dell of Black Brick explains that ‘Asian, buyers are particularly superstitious about numbers. Some won’t buy numbers 4, 17, 19 and 53, but properties numbered 1, 2, 6, 8, and 68 are deemed lucky.’

James Forbes of Strutt & Parker reports that the superstition goes even further: ‘We receive offers with lots of eights in them from Chinese buyers.’ One agent tells of a seller who declined an offer of £900,000 – but said that instead he’d accept one of £888,888!

Rupert Sweeting of Knight Frank says that ‘Some buyers often won’t put in an offer before they’ve had a feng-shui expert inspect the property – some developers now employ feng-shui consultants in the design stage.’

Feng shui isn’t the only show in town, however. ‘Vastu shastra, a doctrine that bases its designs on directional alignments, is hugely important to our Indian client base,’ says Camilla Dell.

‘The vast majority of London properties don’t comply, so many of our Indian clients buy off-plan, so they can ensure certain rooms face in the right direction.’

Almost gazumped by the stars

Matthew Legge of John D. Wood & Co remembers when he was at Taylor Woodrow and ‘selling a penthouse to a Swiss gentleman. A couple of weeks before exchange of contracts, he called me at home, at 5.30am on a Saturday, to say he’d consulted his astrologer and it was imperative the completion take place at a specific time on a specific day when the right planets would be in alignment’.

Guy Meacock of Prime Purchase tells a tale of a timet that he was ‘bidding on a property and ready to exchange when our Asian client called a halt because Mercury was moving in the wrong direction. While the planet was retrograde, she wouldn’t sign any contracts, so we had to wait several weeks until the planet started moving in the right direction’.

‘Chinese buyers won’t buy a property that has a well in the grounds, as it’s deemed bad luck,’ says Rupert Sweeting.

Wells aren’t the only bad omens Rupert Sweeting has encountered: ‘The strangest superstition I’ve come across is the belief that an avenue of trees that contains only limes can be unlucky.’

Not a Shakin’ Stevens fan, then?

Andy Buchanan of John D. Wood & Co recalls ‘a buyer in Belgravia who wanted me to paint a green front door a different colour before buying the property’.

Dance of the doorways

How you walk through a house on a viewing can also be a matter of superstition, reveals Caroline Edwards of Carter Jonas. ‘Many viewers are adamant they make their first exit from the house through the same door that they entered by, lest they suffer bad luck. Shaking hands over a threshold is also a no-no for some.’ 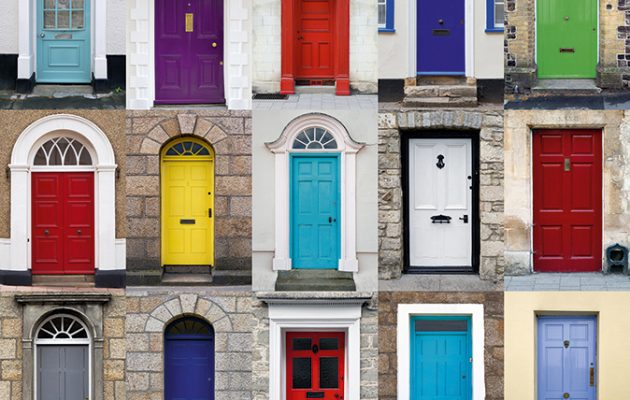 Weddings are as chock full of myth and superstition as they are canapés and crazy relatives.

We take a look at the reasoning behind some country superstitions like 'Red sky at night, shepherd's delight' and other