There's a huge range of things to appeal at Arlington Manor; Penny Churchill takes a look.

Bibury is the sort of impossibly picturesque spot that people think of when musing on the Cotswolds. Tucked away in the wooded Coln Valley seven miles from Cirencester, it was described by William Morris as ‘surely the most beautiful village in England’.

Here Savills are handling the sale, at a guide price of £1.895m, of one of Bibury’s most delightful houses, Grade II-listed Arlington Manor. According to the Victoria County History (1981), this is ‘a 17th-century house with an 18th-century south-west front which dates from a rebuilding of a south wing’.

In 1839, it was a farmhouse on the Barnsley Park estate, and the outbuildings to the south included a barn dated 1808. 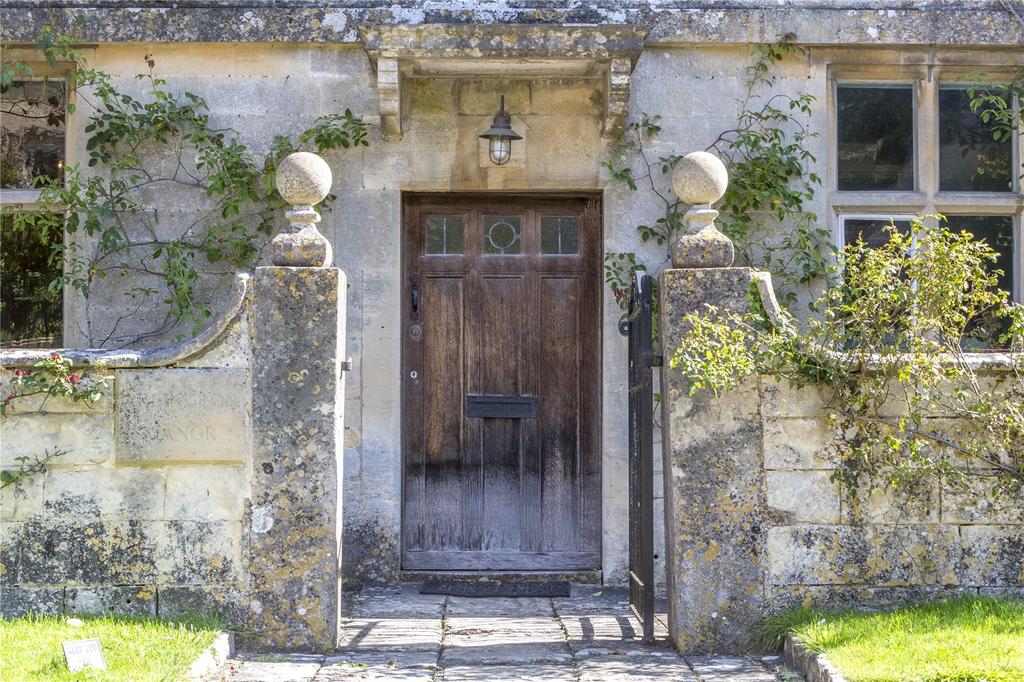 In April 2004, the house was acquired by its present owner who, over the years, has sympathetically renovated the entire house, incorporating the attached stone barn at the rear into the main building to create a large additional reception room. 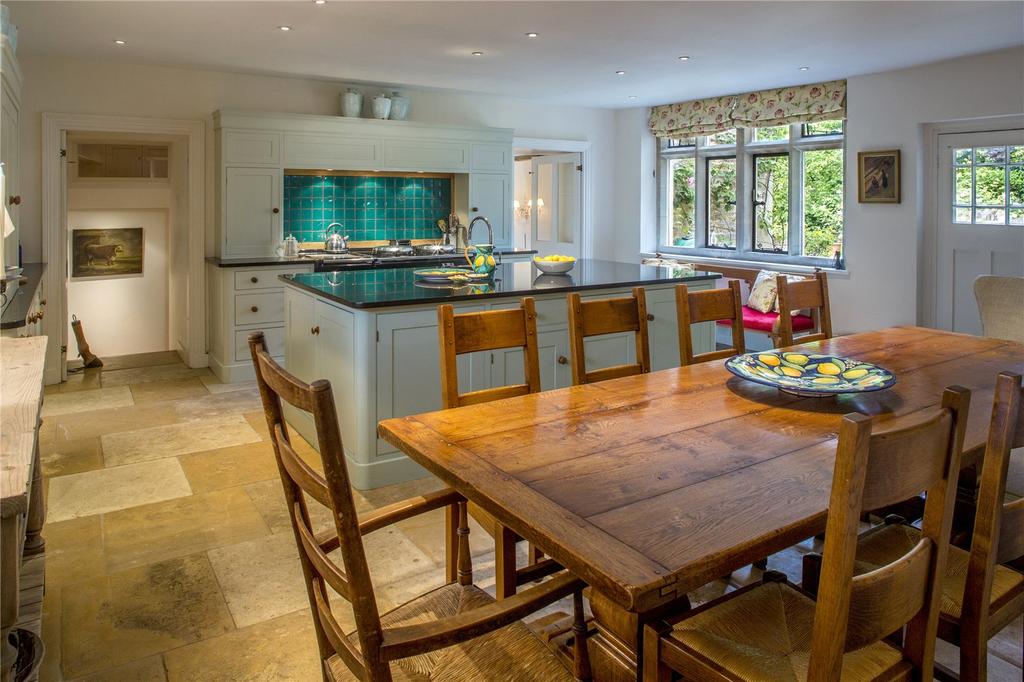 The manor’s inherent quirky charm is highlighted by its recent inspirational updating at the hands of interior designer Joanna Wood, whose Cotswold credentials are second to none, having bought and restored her own Georgian manor house at nearby Southrop. 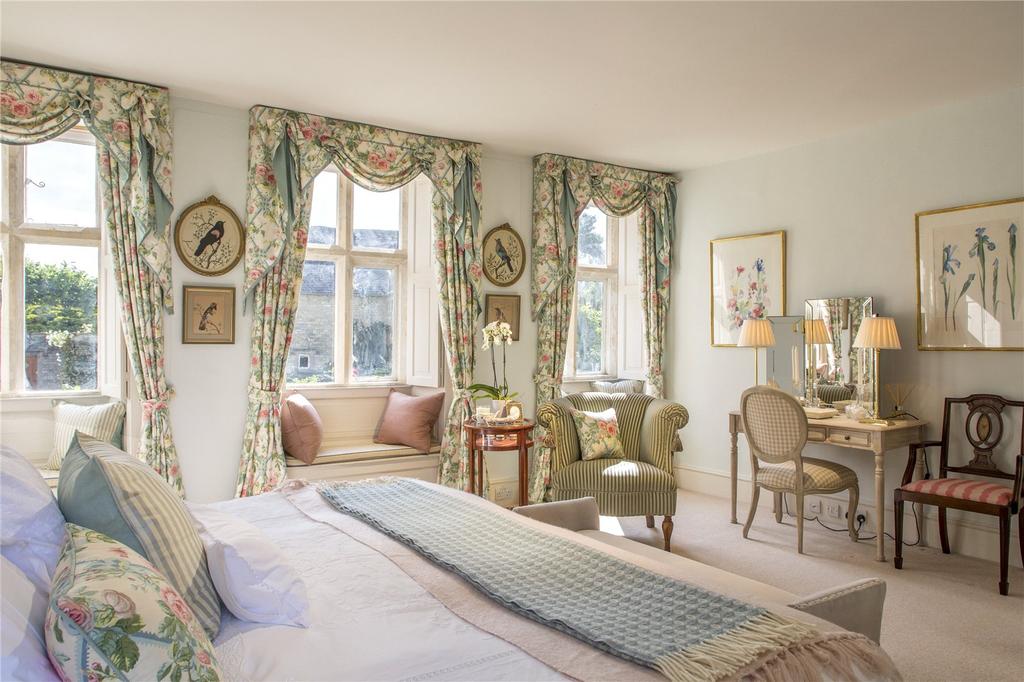 A paved courtyard at the rear of the house leads to the manor’s magical walled gardens — a mix of totally private landscaped areas divided by dry-stone walls.

Included in the sale is an attached one-bedroom cottage, which can be reached either from the main house or via its own access next to Arlington’s tall wrought-iron entrance gates.

There is also a party barn, complete with soft furnishings, dramatic lighting, table football and a cinema screen. 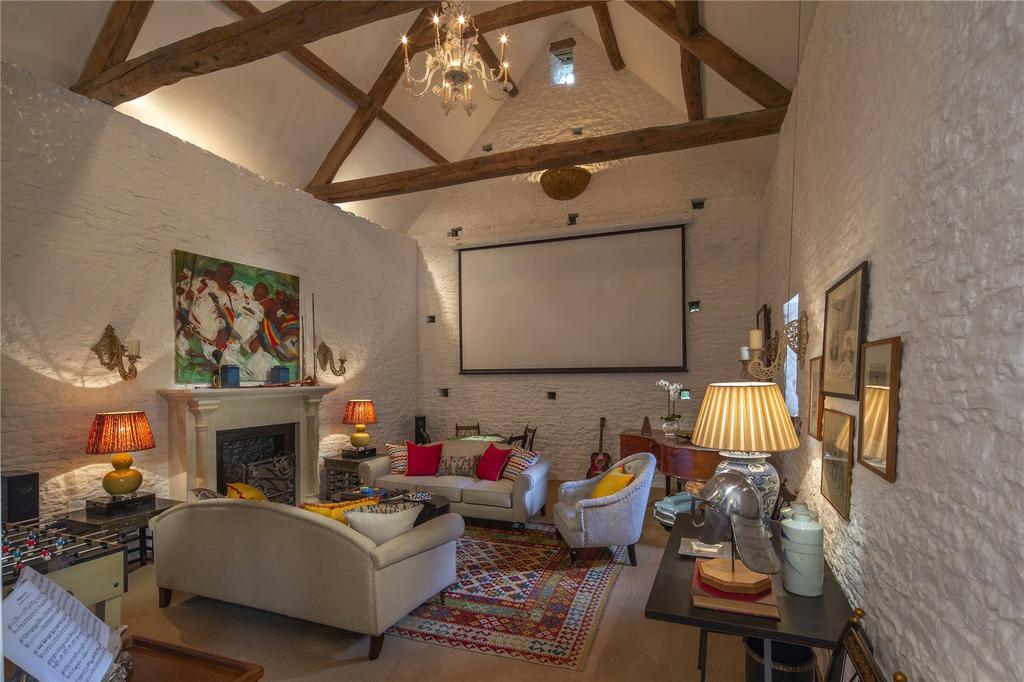 Arlington Manor is for sale through Savills at £1.895m — see more details and pictures.