Away from the motorway madness of the nearby M4 and A34, life in the ancient downland village of Chieveley, four miles north of Newbury, Berkshire, is geared to a more stately rhythm, much of it conducted behind closed doors, tall hedges and high garden walls.

At the heart of the action stands elegant Grade II*-listed Chieveley House, an immaculate early-18th-century house set in 2½ acres of exquisite landscaped gardens, the 20th-century owners of which in particular contributed hugely to the social, artistic and intellectual life of their time. The house is now looking for new owners to step up: it is on the market through Knight Frank at a guide price of £3.5 million. 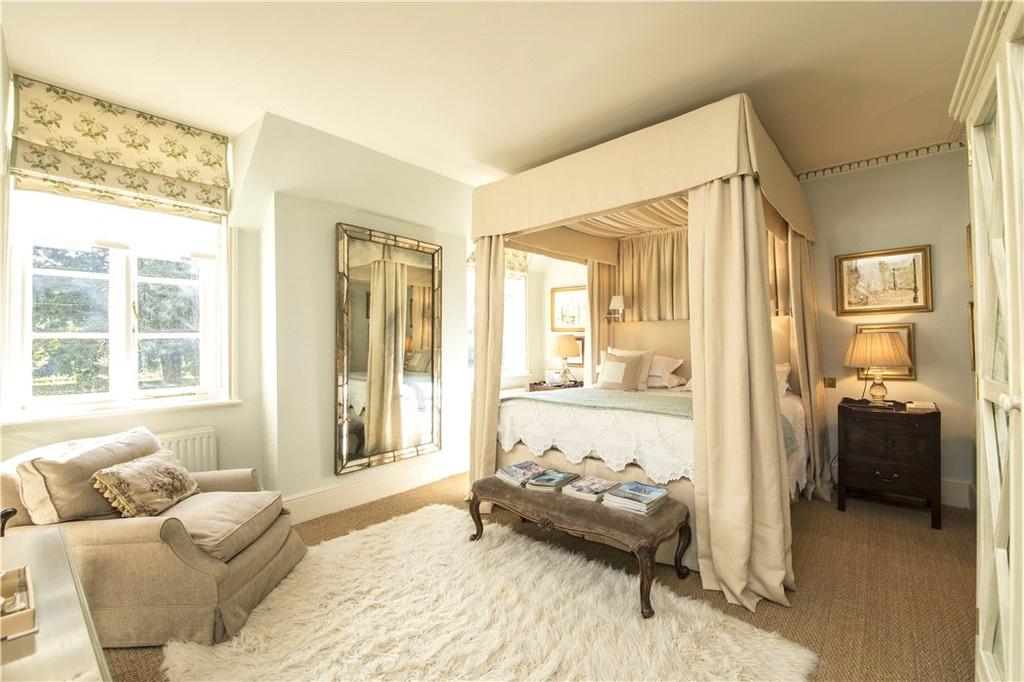 A date of 1716 inscribed on a rainwater header suggests that Chieveley House was either built or rebuilt in that year. Research carried out by its current owners, Nicholas and Elodie Stanley, reveals that the original household consisted of ‘a gentleman, his four children and six servants’.

They occupied the main, square, red-brick house with its steep hipped roof that, in about 1883, was extended to join the original barn, now a handsome, double-height sitting room/library. 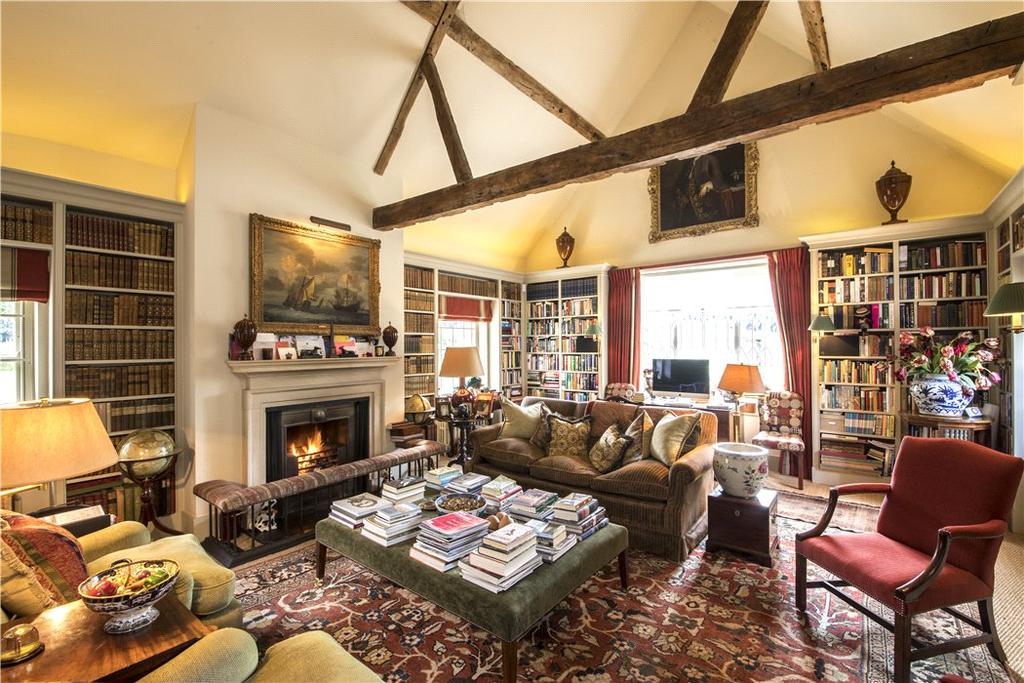 In the 1920s, Chieveley House was owned by Capt the Hon Valentine Wyndham-Quin, the adventurous younger son of the 5th Earl of Dunraven, whose career in the Royal Navy was punctuated by a long series of mishaps and misdemeanours, culminating in a recommendation from the Admiralty that he never again be given a command – a decision that was reversed on the outbreak of the Second World War.

He and his wife, Marjorie, had three famously beautiful daughters – Ursula, Mollie and Pamela, later Lady Egremont – who were pursued by willing, if not entirely desirable, suitors wherever they went. 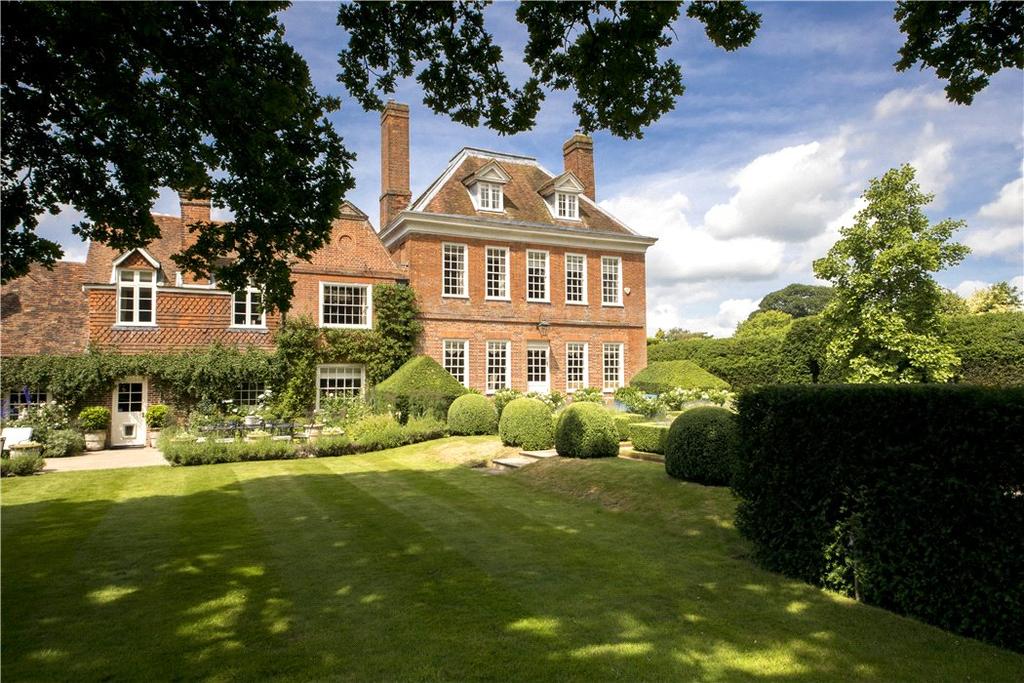 During the war, Chieveley House was occupied by Land Girls working on the surrounding farms. After the war, it was owned by the Hon Hazel Caridwen Czernin, later Baroness Howard de Walden, whose eldest son, film producer Peter Czernin, is the man behind the hit productions In Bruges and The Best Exotic Marigold Hotel.

In December 1977, the story of Chieveley House moved from High Society to the Inns of Court, when Baroness de Walden sold the property to Robert, Baron Goff of Chieveley, then a recently appointed and ennobled High Court judge.

Widely recognised as one of the most brilliant legal minds of his gene-ration, he presided over many landmark trials, including the Spycatcher case, Lloyd’s negligence litigation and the extradition of Augusto Pinochet for crimes against humanity. 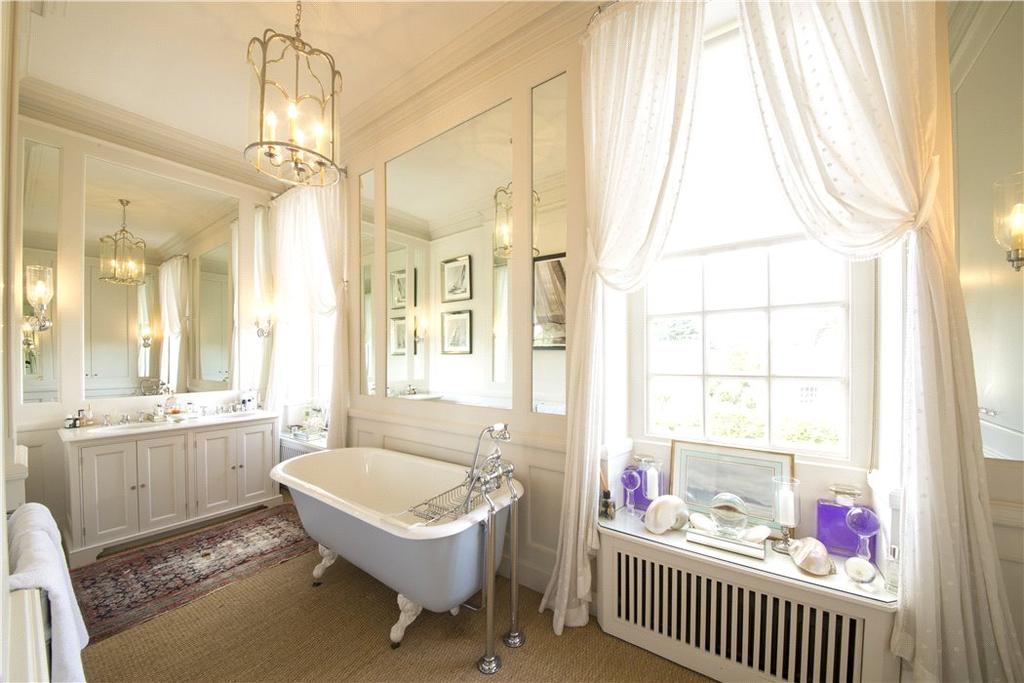 He is perhaps best remembered in the world of jurisprudence for his weighty legal textbook, The Law of Restitution, parts of which were written in the writing room at Chieveley House, believes Mrs Stanley, who recalls wading through its pages during her time as a trainee solicitor.

‘The Goffs were much-loved pillars of the community and deeply involved in the life of the village, Mrs Stanley adds. ‘They were also passionate gardeners, and generous about lending their garden for plant fairs and open days – a tradition we have maintained.’ 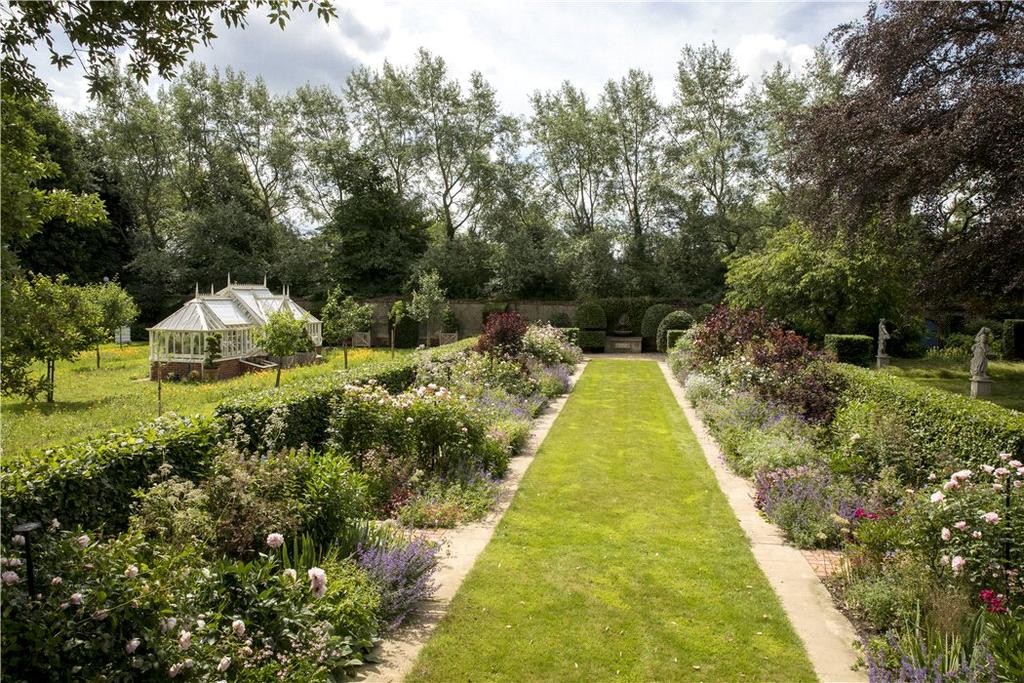 Following the departure of the Goff family, Chieveley House had two sets of owners before the arrival of the Stanleys. Having bought the house in 2008, they commissioned landscape gardener Arne Maynard, renowned for his topiary, to sub-divide the magnificent walled garden into rooms, with structured hedging and lawned areas flanked by herbaceous borders – the focal point of which is an octagonal Chinese pavilion designed by Francis Johnson.

The garden project took the best part of seven years to complete; the renovation of the house, which included the reinstatement of many original features, reveals the same meticulous attention to detail. 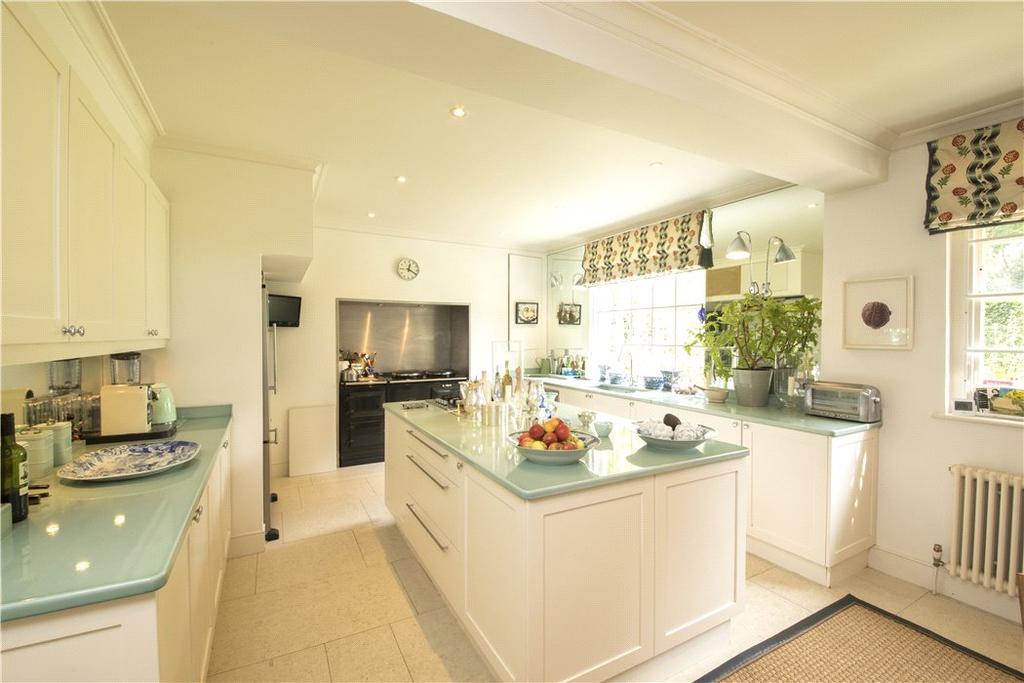 The main house, arranged over three floors, has been beautifully refurbished throughout. The fine drawing room with its four sash windows and French door opening onto the gardens is particularly worthy of note. 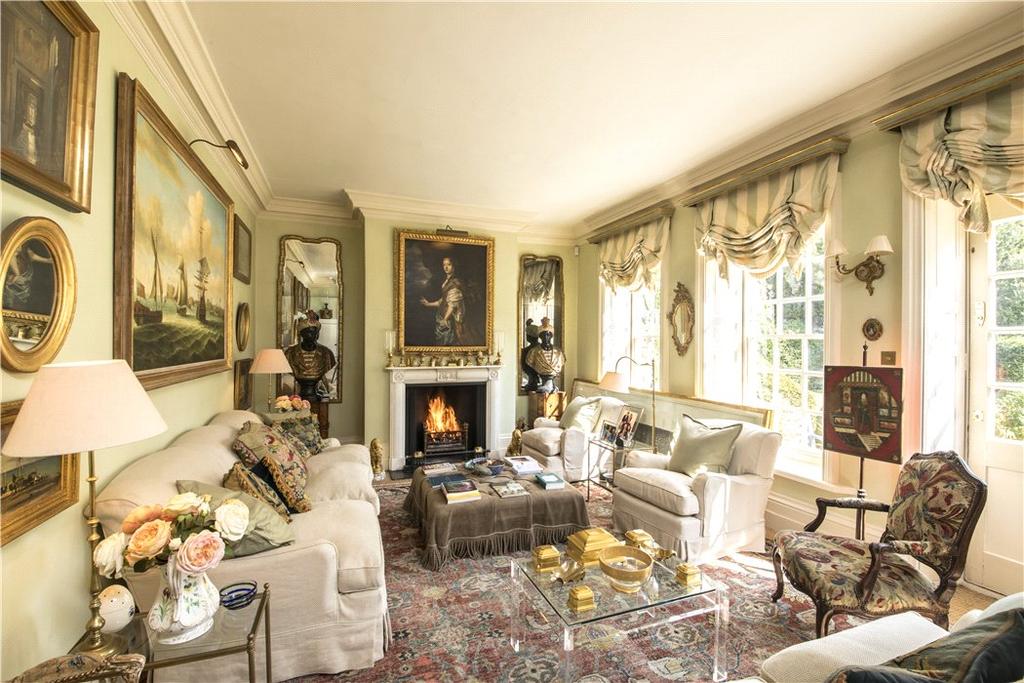 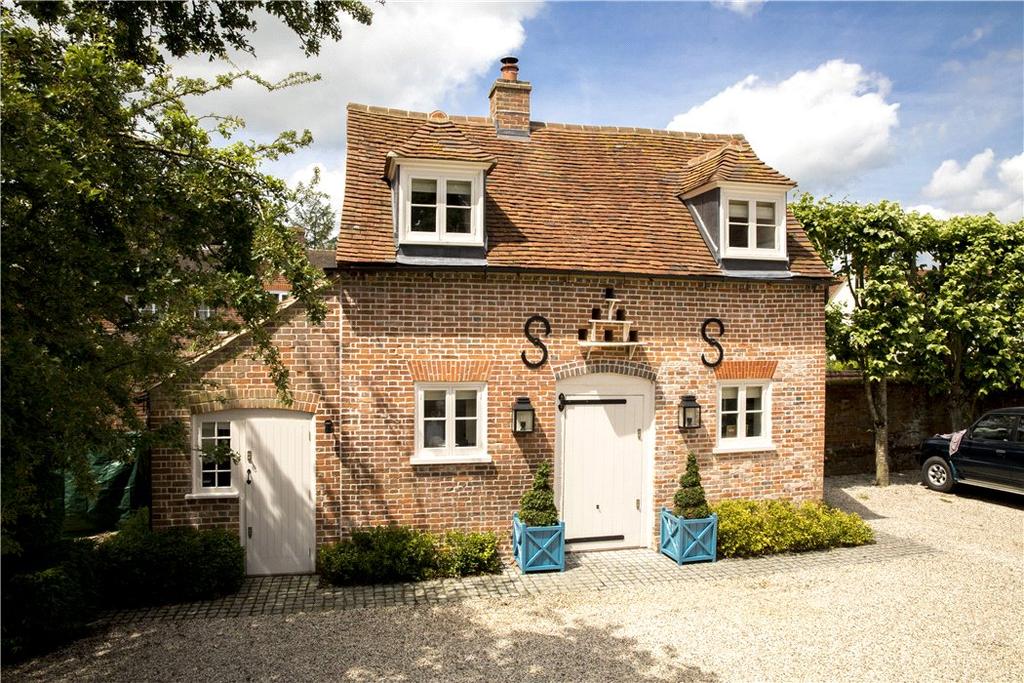 Finally, beyond the formal gardens, to the north of Chieveley House, is an open area with a former pool house, which has planning consent for conversion into an office/studio. The swimming pool could be reinstated if required

Chieveley House is for sale via Knight Frank at £3.5 million – see more details and pictures.