Norfolk is full of charming towns and unspoilt coastline and boasts one of Britain's finest small cities. Eleanor Doughty sings its praises and suggests a few spots to look at if you're thinking of making the move.

Norfolk is easy to love. It’s got dramatic beaches — vast Holkham, for example, is popular with the Household Cavalry on its summer holidays — and countless beautiful houses, suchas Houghton Hall, Raynham Hall and Sandringham. Although Yorkshire may be known as ‘God’s own county’, it was Britain’s beloved Sir John Betjeman who said ‘I am still reeling at the soaring majesty of Norfolk’ when he visited in 1974.

‘There’s a lot more to Norfolk than Alan Partridge and Delia Smith,’ points out Lucy Harley-McKeown, a journalist who was raised in the county. ‘It was a great place to grow up in, not only for the sprawling countryside and miles of coastline, but also for Norwich’s cultured city centre, with its idiosyncratic shops.’

Ian Burnaby-Parsons, associate director at Strutt & Parker, has recently moved back to the county following a decade in London. ‘There is a romantic charm about Norfolk,’ he says. ‘It harks back to the simple life.’

The dunes on a winter morning at Winterton-on-Sea, Norfolk, one of the spots picked out by our experts.

Accessibility remains both a blessing and a curse. Famously, there’s no motorway, but, now that the A11 is a dual carriageway, travel by car is quicker than it once was.

Wherever you lay your hat in Norfolk, you’ve probably chosen it for good reason, notes Mr Burnaby-Parsons. ‘Part of the attraction of this wonderful county is its pace of life — and nobody takes themselves too seriously.’

If you’re looking to make the move, here’s our pick of the best places to live in Norfolk, and the sort of thing you can expect to find.

With its cathedrals — one Catholic, one Church of England — Norman castle, hidden Plantation Garden and popular open-air market, there’s an awful lot going on in Norwich. Once upon a time, it was said that there were 365 pubs in Norfolk, as well as a church for every week of the year.

‘I think the latest pub count is about 120,’ says Mr Burnaby-Parsons.

As to restaurants, St Benedict’s Street is popular with foodies. B’nou, a tapas restaurant, is ‘hard to get a table at’ and a few doors down is Farmyard, a thriving bistro, and Benedicts, which opened in 2015. 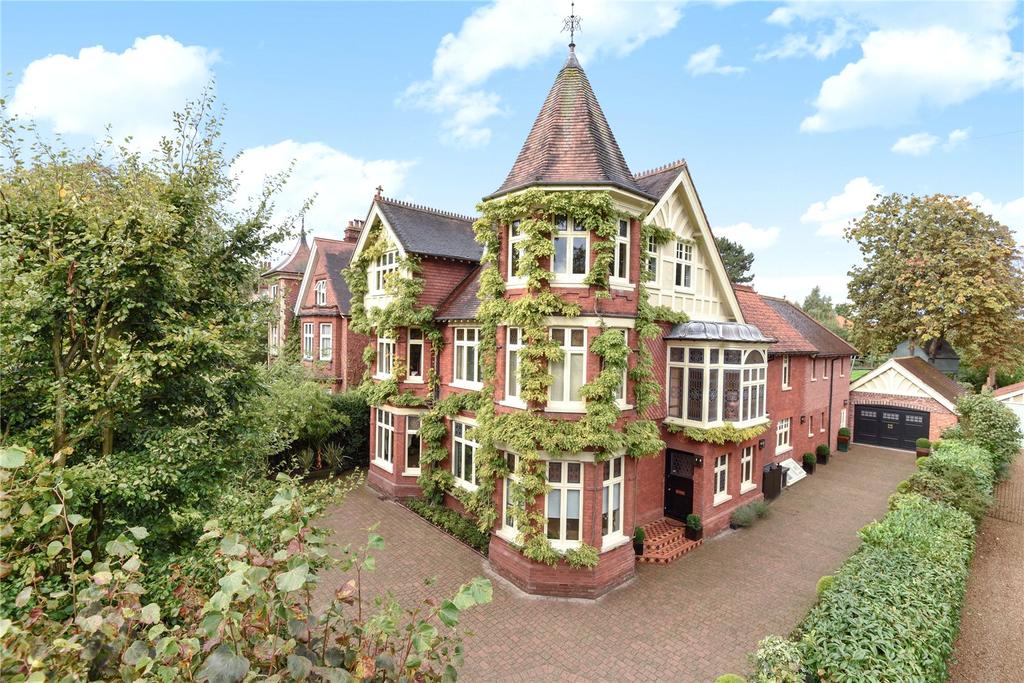 Elsewhere in the city, Jackson-Stops have a four-bedroom, Grade II-listed property in the conservation area of Elm Hill for £825,000. 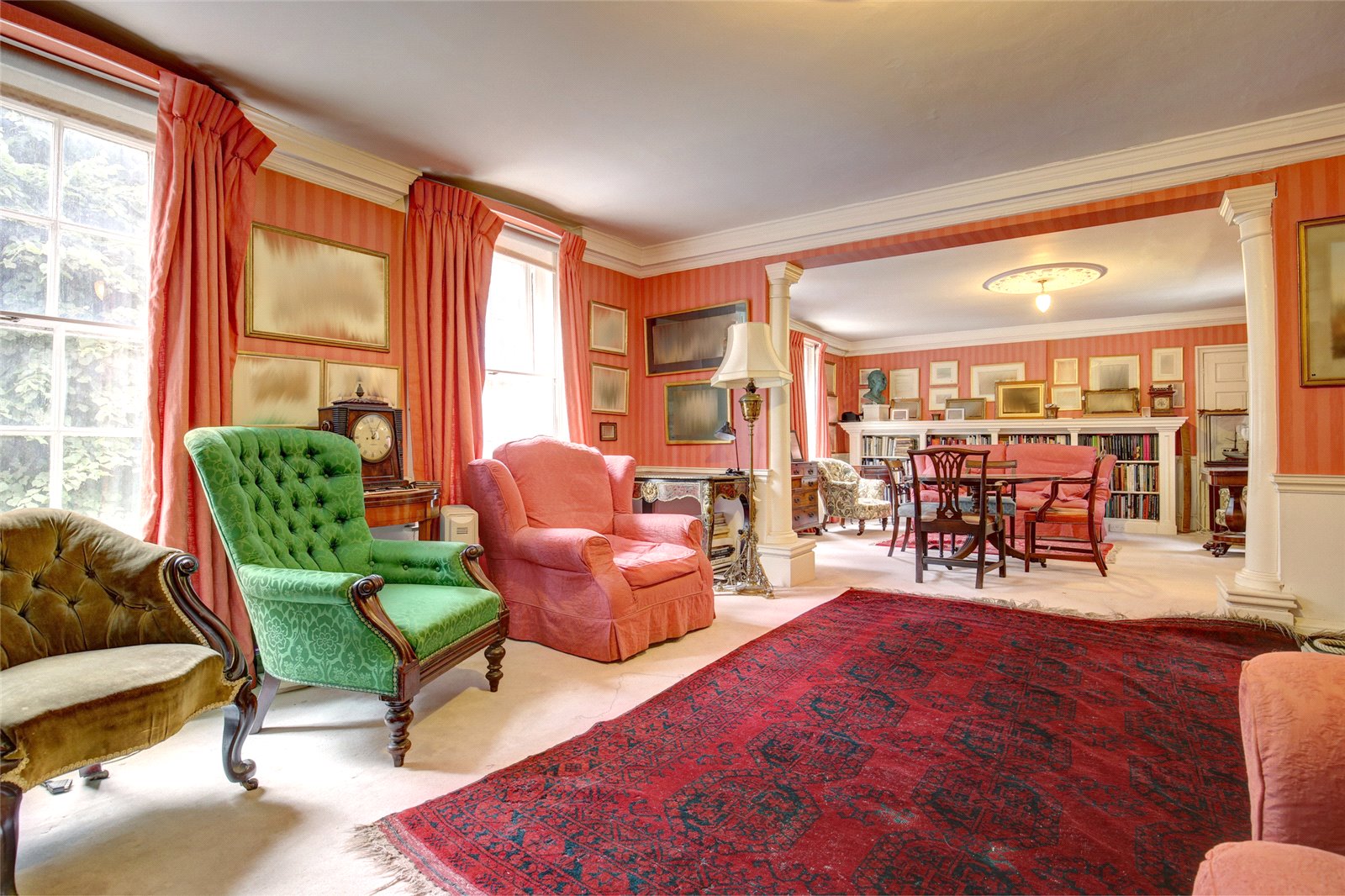 Outside town, the selection of villages is second to none, says Louis de Soissons, head of residential at Savills Norwich — and they’re ‘increasingly desirable’. ‘They all fall within the Norfolk Coast AONB, which holds a certain cachet,’ he adds, ‘but they’re situated in pockets of unspoilt countryside away from the hustle and bustle of the coastline.’

Twenty miles from Norwich, Aldborough is particularly lovely, he says, ‘with its village green, weekly cricket matches and traditional country pub’.  Two-bedroom cottages — such as this one for sale via Musker McIntyre — can be bought for less than £300,000. 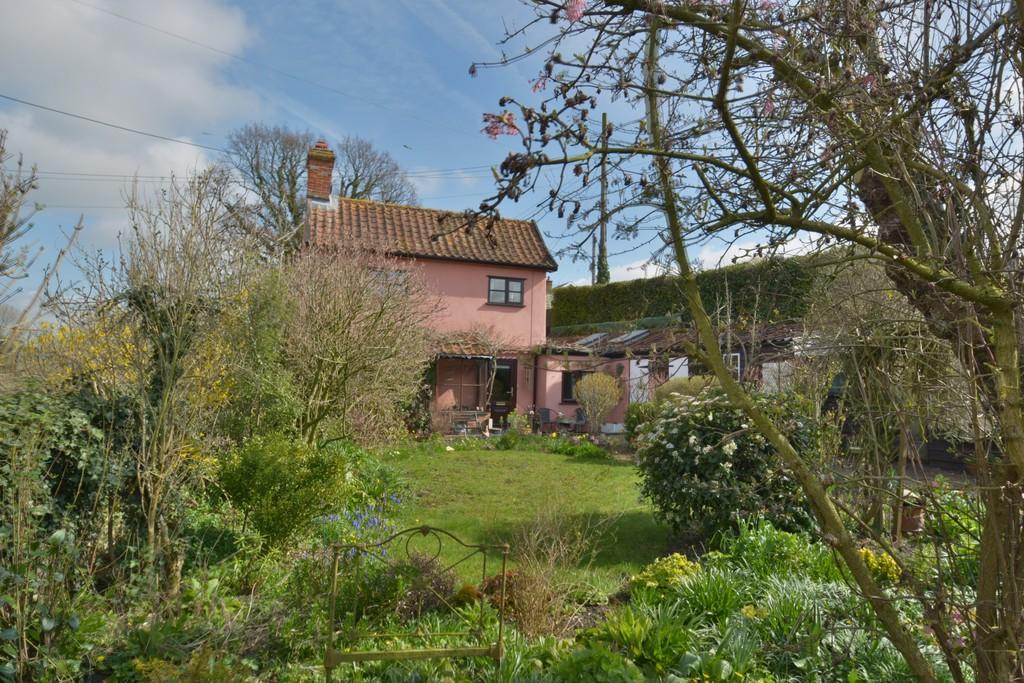 Two miles up the road in Erpingham, five miles from Gunton railway station, Jackson-Stops are marketing a four-bedroom, brick-and-flint farmhouse dating from 1694, with a landscaped garden, for £695,000. 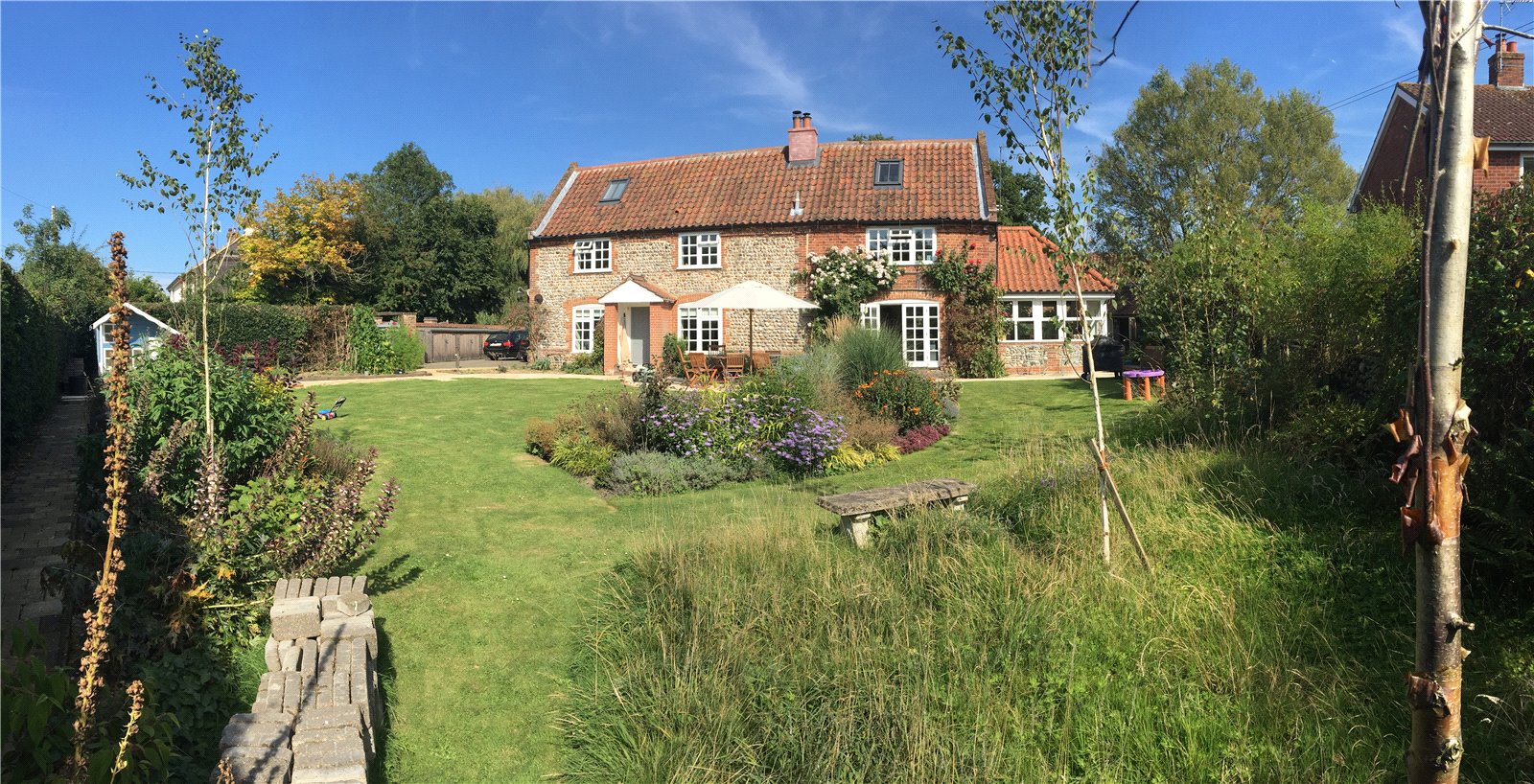 Southrepps is also charming, ‘with the old-fashioned but incredibly popular Vernon Arms’, where Norwich agents Abbot Fox have a three-bedroom converted chapel at £425,000.

Some of the homes on the coast are breathtaking. Appletree House, a 13-bedroom manor house near Brancaster on the north Norfolk coast, has superb views over the salt marshes and is for sale at £4 million through Strutt & Parker.

But the coastal possibilities aren’t limited to famous spots such as Brancaster, Hunstanton, Holkham and Wells-next-the-Sea. Mr Burnaby-Parsons is a fan of Winterton, eight miles from Great Yarmouth.

‘It’s not overly populated — you can always find a place to park and then go for a nice walk through the sand dunes. It’s just a much quieter place.’ And if walking in the dunes is your thing, the dunes in question come right up to the garden of this four-bedroom house in Winterton, on the market with Pymm & Co at £575,000. 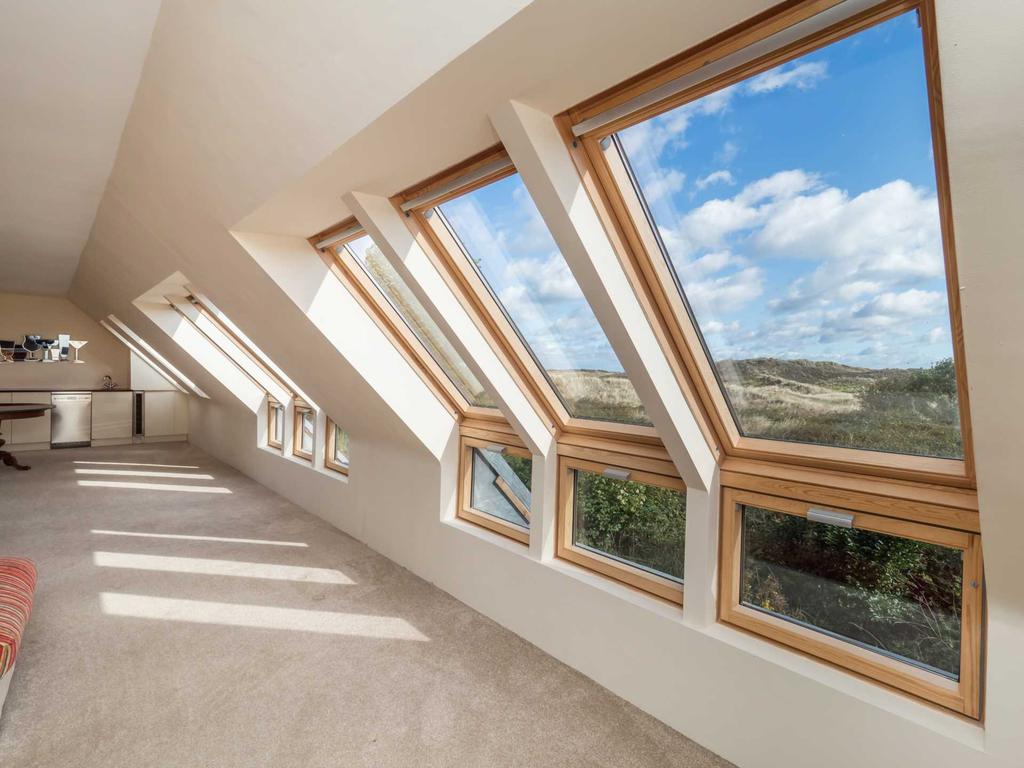 The Broads also have appeal and not only for holidaymakers, adds Mr de Soissons. ‘You don’t have to go far from the beaten track to find lovely villages, such as Irstead and Neatishead…. We’re seeing a trend in that buyers want to be on the edge of one of these lovely villages, as long as there’s a pub within walking distance and picturesque countryside surrounding them.’

The property stock is charming: £700,000 will currently buy a four-bedroom cottage dating from the 1700s in Irstead, three miles from Hoveton & Wroxham railway station. 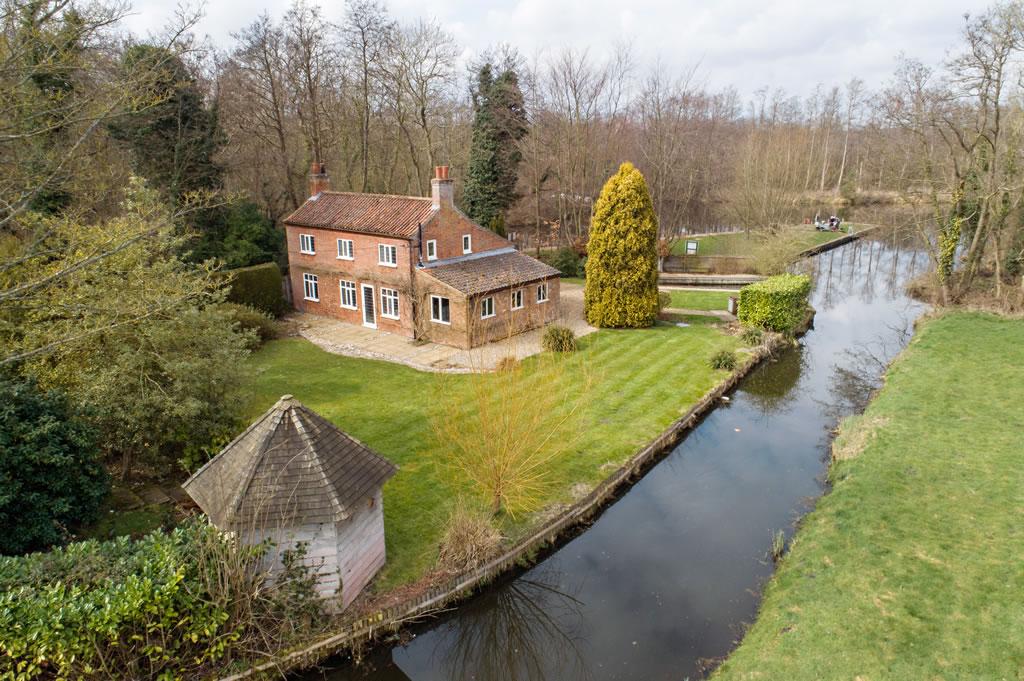 The Waveney valley, on the Norfolk-Suffolk border, is also growing in popularity. According to Zoopla, house prices in the market town of Diss rose by almost 8% in 2018, with the average at £311,486. ‘For a long time, the Waveney valley has been a place where many people from the City retire,’ says George Bramley, a partner in Knight Frank’s country department.

The key to the area is Diss railway station, from which services run into London Liverpool in one hour and 40 minutes. Around this area, under £500,000 will buy a charming cottage such as this for sale throught Savills. 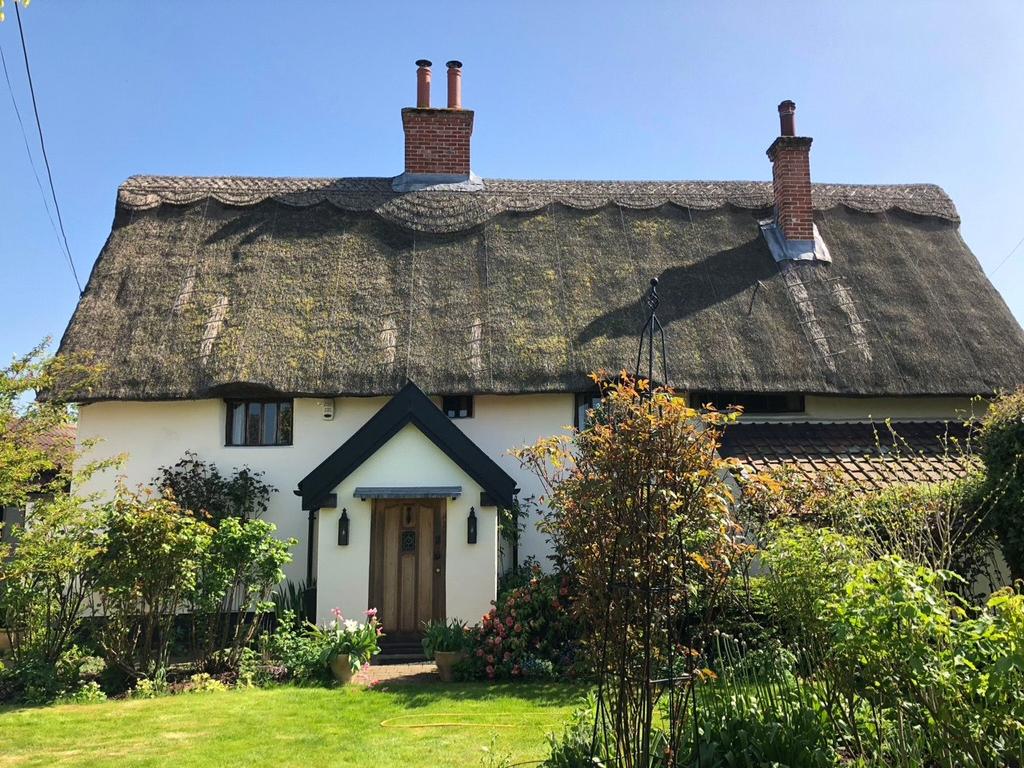 If you want something grander then for well under £2 million, ‘you’ll get as good a house as you’ll get anywhere in the country,’ says Mr Bramley. ‘It’s remarkable.’ This six-bedroom country house for sale with Fine & Country is a great example. 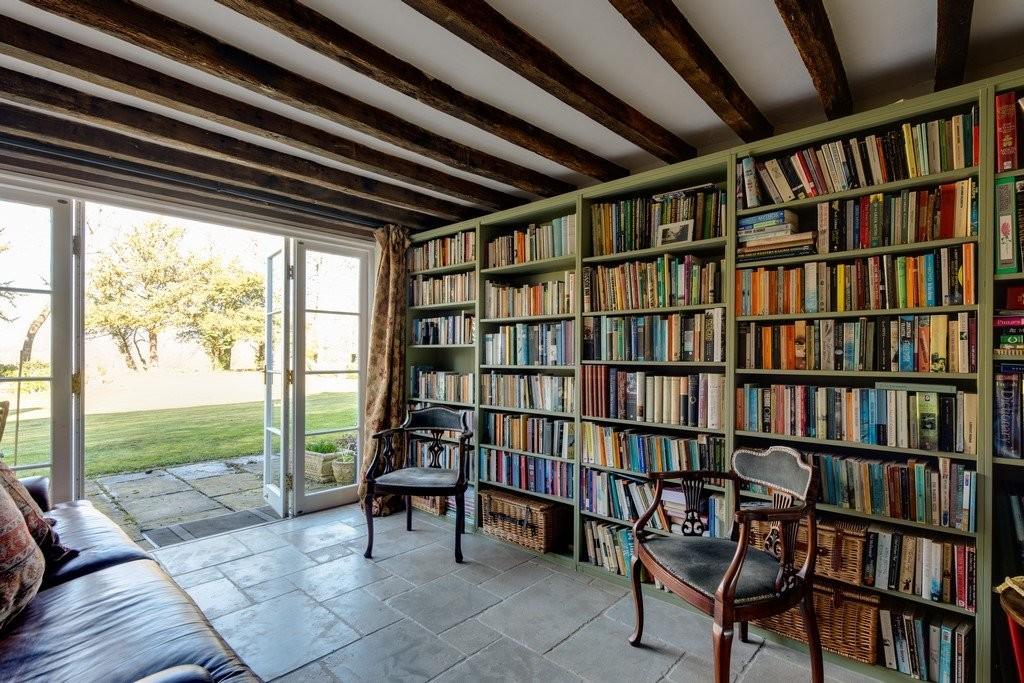