The Thatched House is a dreamlike spot in the Cotswolds that lay in ruins a generation ago. The current owners have breathed life back into this superb home – but are now looking to move on.

In sharp contrast to the often over-blown grandeur of the High Victorian period, houses of the Arts-and-Crafts era project the more homespun outlook of medieval times and the skill of craftsmen from that time.

Nowhere are these seen to better effect than at The Thatched House, a beautifully-restored Grade II-listed home in Tunley, near Cirencester, Gloucestershire. At the turn of the millennium it was in danger of falling to pieces; now, an eight-year-effort by the present owners turned the place around, but they’re now looking to move on and have put their home onto the market through Butler Sherborn and Knight Frank at a guide price of £1.95 million.

Powell was the architectural pupil of John Dando Sedding, through whom he came to know fellow pupils Ernest Gimson and Ernest Barnsley and the architects Philip Webb and Detmar Blow. 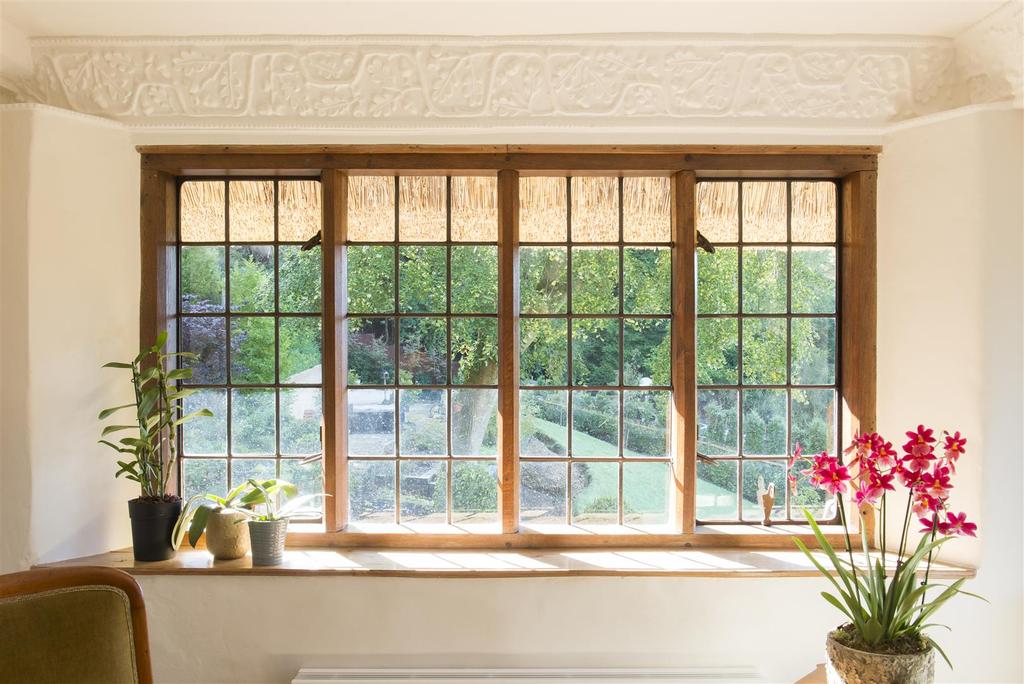 The house was extended in 1982 with the addition of a kitchen wing, but, by the turn of the 21st century, it had fallen into disrepair. Following extensive research by the current owners, who bought the house eight years ago, the building was carefully renovated throughout and now offers three reception rooms, a kitchen, a study, a media room, a mezzanine library, two double bedrooms and two bathrooms.

Outside, wonderful views of the surrounding countryside and woodland can be enjoyed from almost every aspect of the property’s 1¼ acres of beautifully laid-out gardens, says a captivated Ian Daniels of Butler Sherborn. 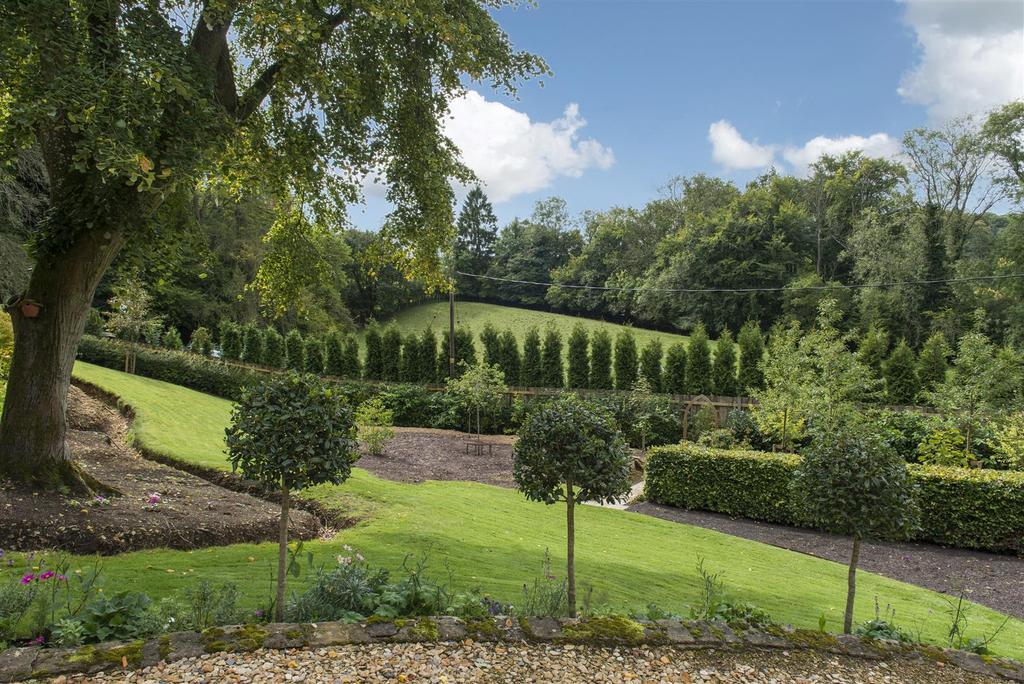 The architect, Powell, first came to Gloucestershire to recover from a bout of pleurisy and lived for a time with his fellow Arts-and-Crafts designers at Pinbury Park, Sapperton, a big old house leased by Gimson and Barnsley from the Bathurst family. Powell was enchanted by the peace of the area, which he described in a letter to his mother as ‘perfectly exquisite’, adding ‘wherever you look are beautiful hilly woods and wooded hills’.

At some point between 1906 and 1910, he took on the two cottages in the hamlet of Tunley, between the villages of Oakridge and Sapperton.

The cottages were set in sylvan isolation on one of those ‘wooded hills’ that Powell loved so much, overlooking steeply falling ground above a meadow that swept down below the buildings into a sheltered combe. The tranquil pastoral setting fed directly into Powell’s work for Wedgwood, which features naturalistic images of flowers, plants, trees, birds and animals. 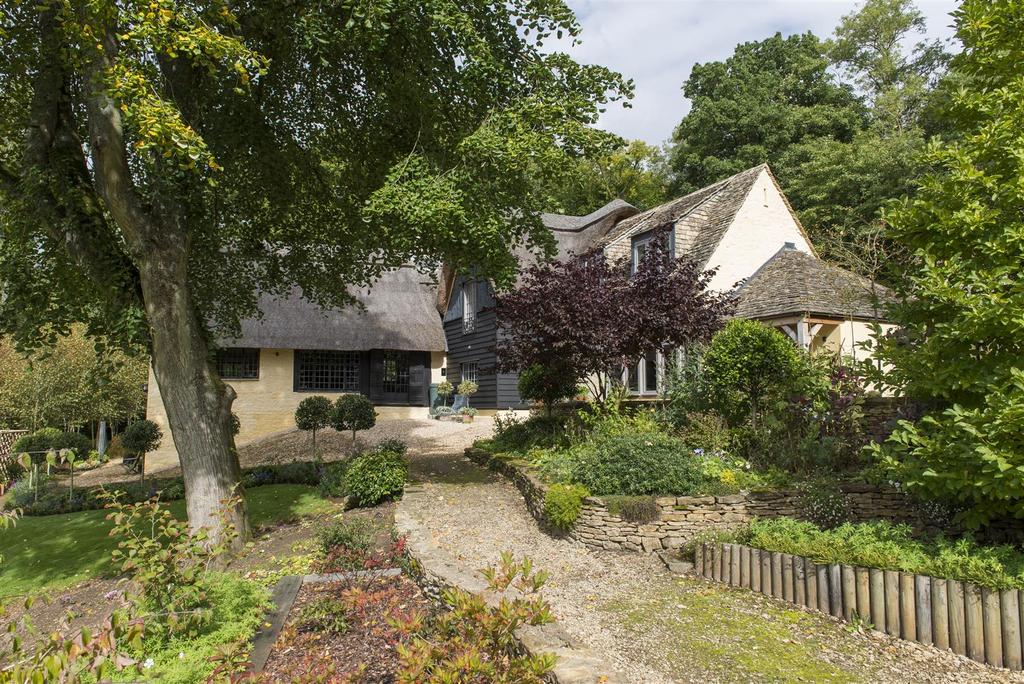 The easternmost cottage was converted to a studio, with the removal of the ceiling between attic and ground floors to create a single, full-height room with a large, reclaimed, stone-mullion and transom window in the gable wall at the north end.

Both cottages were re-roofed in thatch, replacing earlier Cotswold tiles. A photograph in the Gloucestershire Archives shows the cottages at this stage, still separate, but with their thatched roofs – uncharacteristic for the area – the buildings lime-washed and the large window in place. 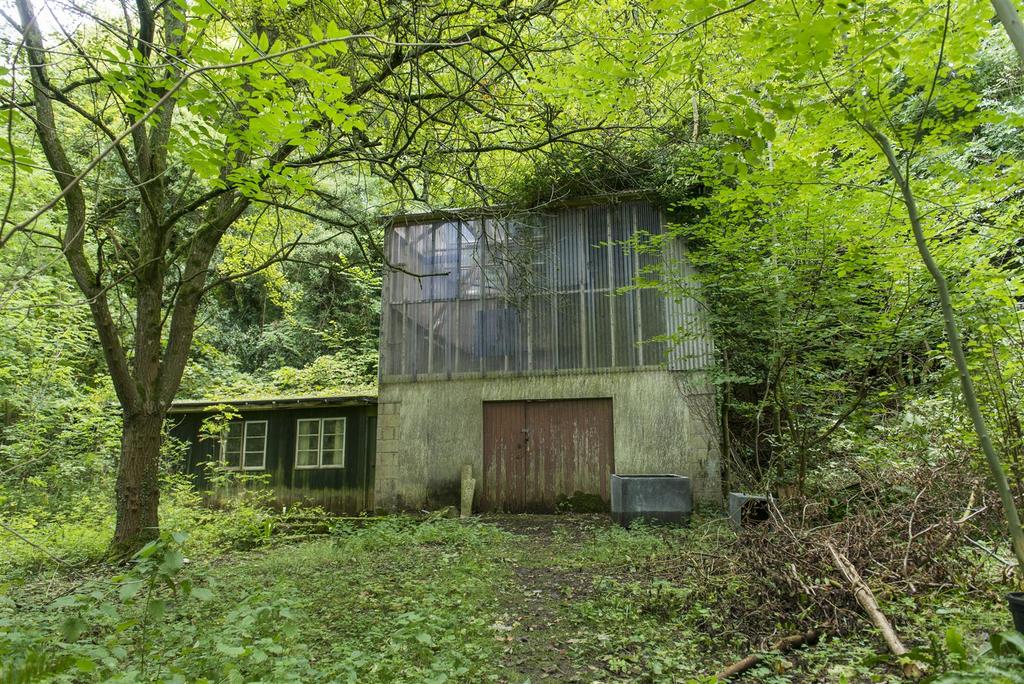 The Thatched House is for sale at £1.95m via Butler Sherborn and Knight Frank – click to see more details.

This place in the heart of the Cotswolds is an aviator's dream: a country house with its own landing strip.

Emma McCall was swept off her feet at Foxhill Manor - in more ways than one.