Luckington Court's claim to fame was once its starring role in the 1995 adaptation of Pride & Prejudice starring Colin Firth and Jennifer Ehle. The rumour mill now suggests that it might soon have a very different claim to fame.

A few months ago, we wrote an article about Luckington Court, a beautiful Cotswolds mansion that was, at the time, most famous for being a location in the BBC’s iconic 1995 adaptation of Pride & Prejudice.

Rumours are now swirling that it will become the family home of HRH Prince Harry and his bride-to-be Meghan Markle after their wedding next May – the house had been on the market for a few months, but was swiftly removed as the engagement was announced.

No doubt that will be confirmed or  denied shortly – but Penny Churchill’s piece about this gorgeous home (originally published in May) is well worth a read in any case.

Launched onto the market for the first time in 70 years is the Grade II*-listed Luckington Court at Luckington, two miles from Badminton, which is currently on the market for £9.5 milion via Woolley & Wallis.

As selling agent Sam Trounson observes, it’s rare indeed to find a fine, early-18th-century house with land in the Cotswolds these days and Luckington Court sits beautifully in its 156 acres next to the church on the edge of the village. Running through the estate is the fledgling Bristol Avon fed by seasonal springs in the valley below, of which the 17th-century writer John Aubrey wrote: ‘In this village is a fine spring called Hancock’s well… It cures the itch and Scabbe; it hath done much good to the eies.’ Hancock’s well still flows strongly in its stone culvert down to the river close by.

Local history places Luckington Court on the site of a manor owned by King Harold before 1066. Built in local creamy Cotswold stone, the present house was extended and remodelled around a 16th-century, or earlier, core by the Fitzherbert family, wealthy merchants from Bristol, who bought Luckington in 1632 and owned the estate until the early 1800s. Further alterations were carried out in 1921 by the Johnson-Ferguson family, including the addition of a service wing to the north.

The sleepy village of Luckington became a centre of intrigue in the late 1930s when Baron Robert Treeck, claiming to be a Latvian landowner whose property had been seized by the Bolsheviks, leased the local manor and sought to recruit Nazi sympathisers among the local gentry.

Soundly rebuffed by influential residents such as Maj-Gen Sir Stewart Menzies, who was head of MI6 (SIS) during and after the Second World War and reputedly the inspiration for ‘M’ in Ian Fleming’s ‘James Bond’ novels, Treeck disappeared abruptly at the outbreak of war in 1939. 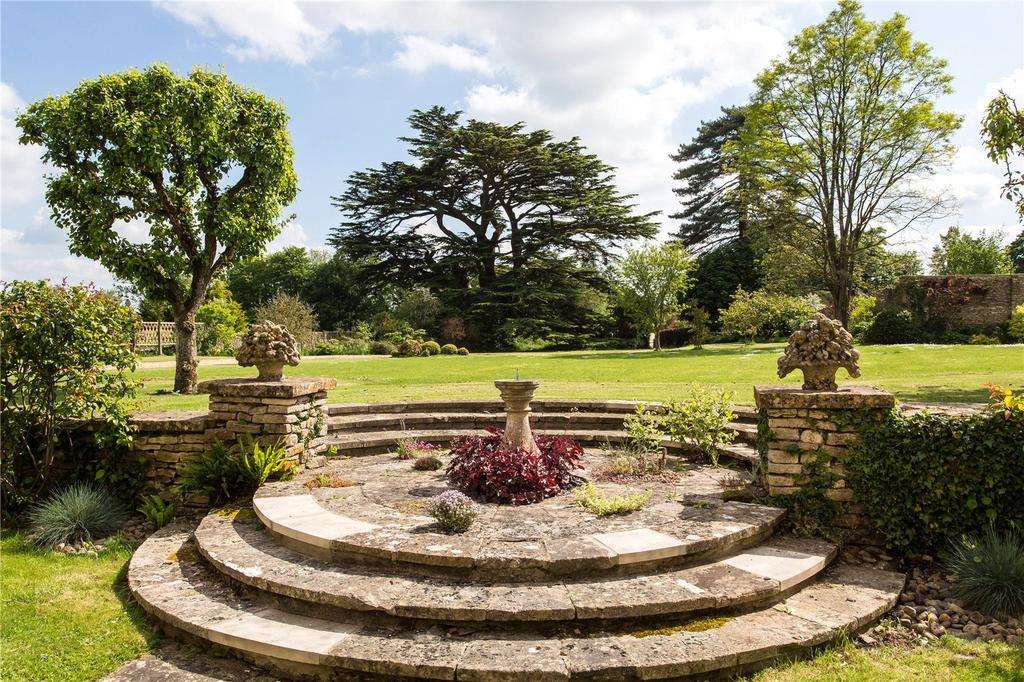 Another active wartime agent was Guy Vansittart, the younger brother of leading British diplo- mat Robert Vansittart, who was recruited into the shadowy ‘Z’ network and the SOE and lived at Luckington Court in the 1940s.

Luckington is surrounded by rich dairy and arable farms, many of them owned by the nearby Badminton Estate, the principal seat of the Somerset family since the late 1600s. Badminton also became the headquarters of the Duke of Beaufort’s Hunt in 1762, when Henry Somerset, 5th Duke of Beaufort, decided to focus on foxhunting after an unsuccessful day hunting deer.

Following the unlikely success of London’s ‘austerity Olympics’ in 1948, the 10th Duke of Beaufort held the first Badminton Horse Trials on the estate in 1949, with a view to helping British riders prepare for international competition.

The first director of the world’s most prestigious three-day event was Lt-Col Trevor Horn, who had bought Luckington Court two years previously, in 1947. He remained at the helm until 1956 and died at Luckington 10 years later. Following her mother’s death, Lt-Col Horn’s daughter, June Pollock, moved back to Luckington Court in 2003, where she has carried out a sympathetic programme of modernisation and improvement. 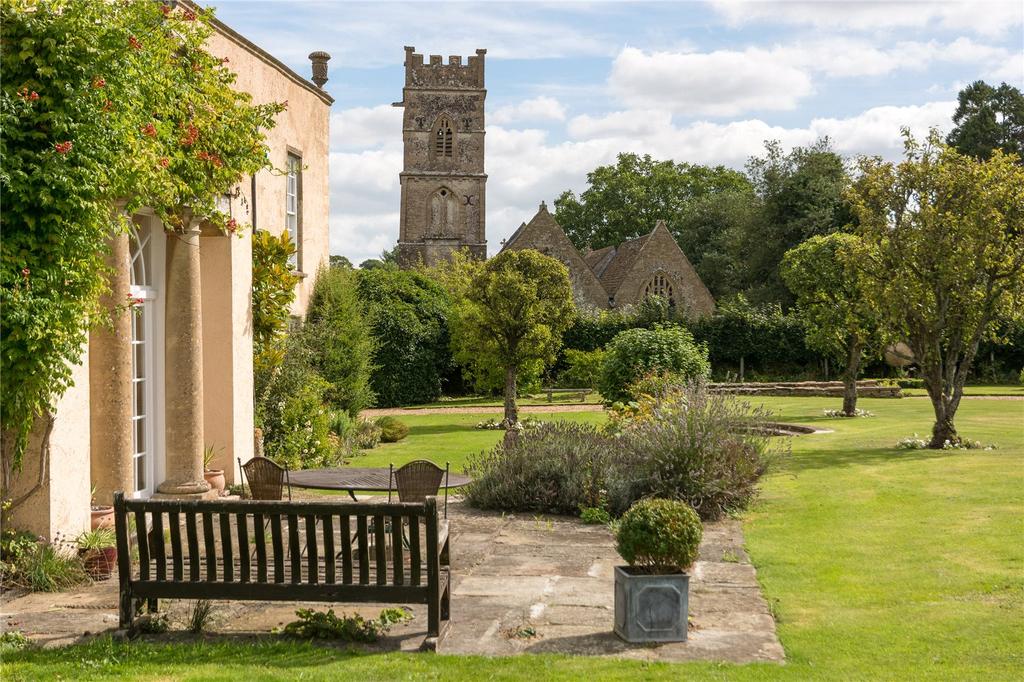 ‘Everyone expects a house that has been owned by the same family for 70 years to be covered in cobwebs, but that is certainly not the case at Luckington,’ Mrs Pollock says firmly.

The archetypal English country house, with its elegant, well-proportioned rooms, good ceiling heights and tall sash windows, Luckington Court was the answer to a location agent’s prayer, when both the interiors and exteriors were used to represent Longbourn, the Bennet family home, in the BBC’s 1995 TV series Pride and Prejudice, starring Colin Firth and Jennifer Ehle.

Luckington Court is on the market via Woolley & Wallis – get for more details and pictures.