This bucolic retreat in Kent has seen a vast amount of care and love poured into it over the last 20 years, but retains the charming gardens and riverside setting which first inspired the current owners.

After a childhood spent travelling the world with his late father, Louis Heren – the legendary foreign correspondent of The Times, whose long career saw extended postings to the world’s most troubled hotspots – Patrick Heren, a successful writer himself, has clearly inherited his sire’s dogged patience and persistence in pursuit of life’s goals.

Nowhere were these qualities shown to greater effect than during the acquisition and renovation by Mr Heren and his wife, the interior designer and gardener Fiona Cadwallader, of historic, Grade II*-listed Watergate House at Fordwich, England’s smallest town. On the banks of the River Stour, two miles downstream from Canterbury, it’s 18 miles from the Cinque Port of Sandwich, of which Fordwich was a limb. After nearly 20 years of the Herens’ stewardship, this blissful retreat in all its glory – with seven reception rooms, seven bedrooms and four bathrooms – is for sale at £2,500,000 via Strutt & Parker. 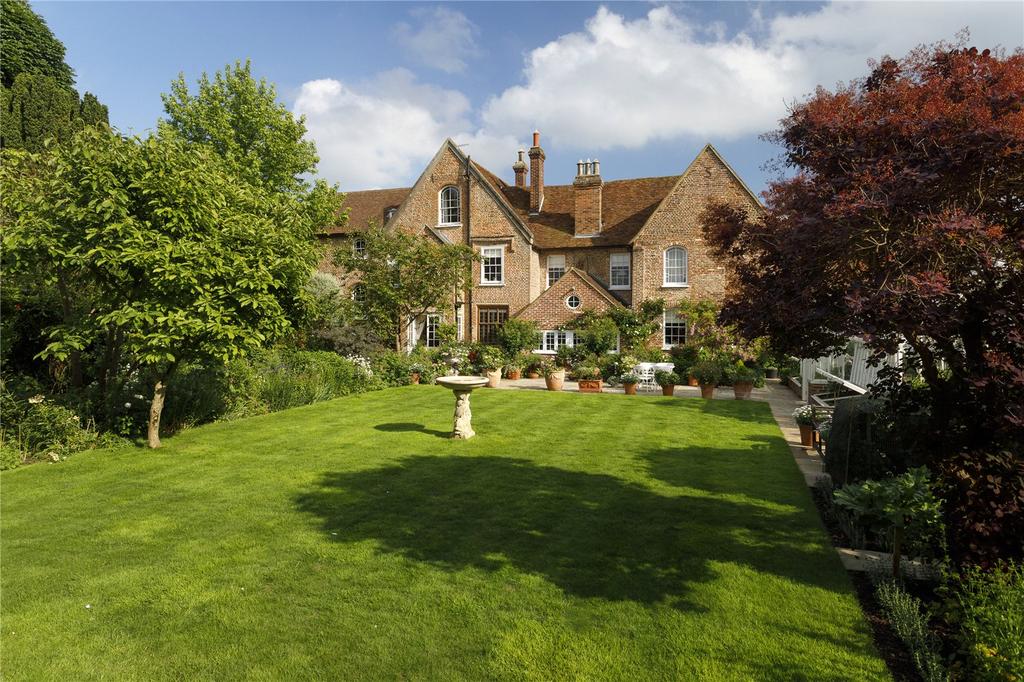 ‘When we first saw the house in 1997, it wasn’t in good shape, but we both fell in love with it and its wonderful walled garden leading down to the river,’ explains Mr Heren.

‘We soon realised that it would take a small fortune to properly renovate the house and landscape the garden, which was totally overgrown and scattered with old outbuildings that were falling apart. 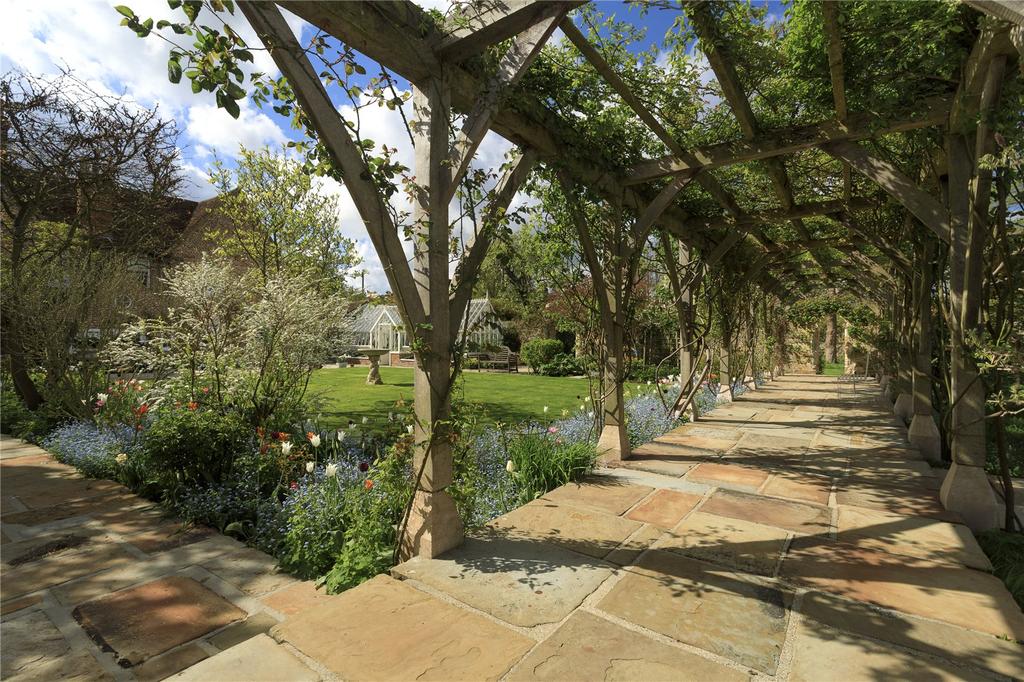 ‘We put in a silly offer – it was refused by the elderly owner, but we kept coming back and eventually bought it for slightly more than the asking price, in 1999.’ 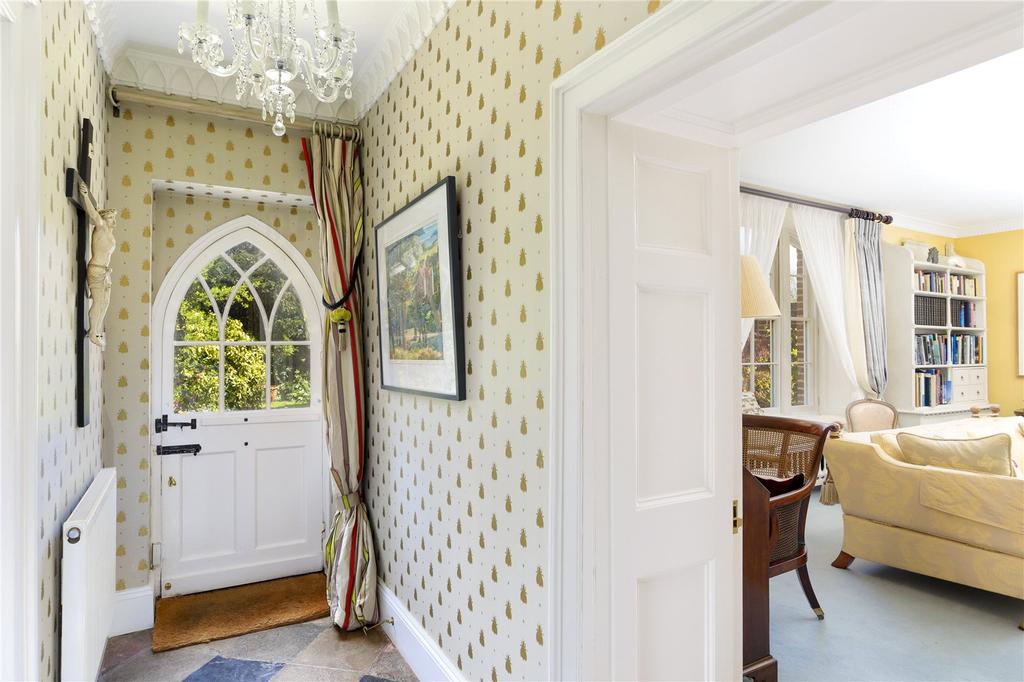 The couple then spent the next eight years and the anticipated ‘small fortune’ (and more) restoring the house from top to bottom, and Fiona set about creating Watergate’s romantic hortus inclusus – an English country garden in miniature, enclosed by ancient walls and invisible from the exterior except through chinks in the original iron water gates leading to the river.

A surprising lack of historical information relating to the house prompted Mr Heren to undertake a thorough search of local and national archives. It transpired that Watergate House was originally the manor house of Fordwich, owned by the powerful St Augustine’s Abbey from Saxon times until the Dissolution in 1535. 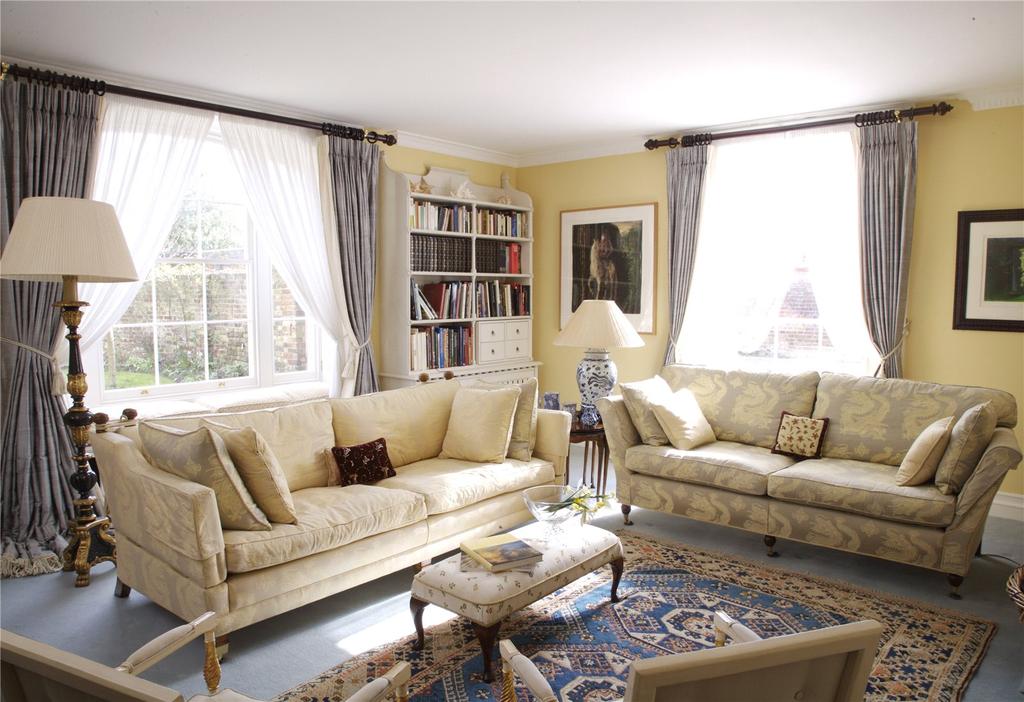 Despite its small size, the importance of the manor was its control of the port of Fordwich and the wealth derived from dues levied on cargoes discharged at St Augustine’s Wharf, which, together with the manor house, the old Court Hall, the port offices and warehouses, occupied the site of the present-day Watergate House and garden. The most prestigious cargo unloaded there, in the 12th to 14th centuries, was the Caen stone shipped from Normandy for use in the construction of Canterbury Cathedral. 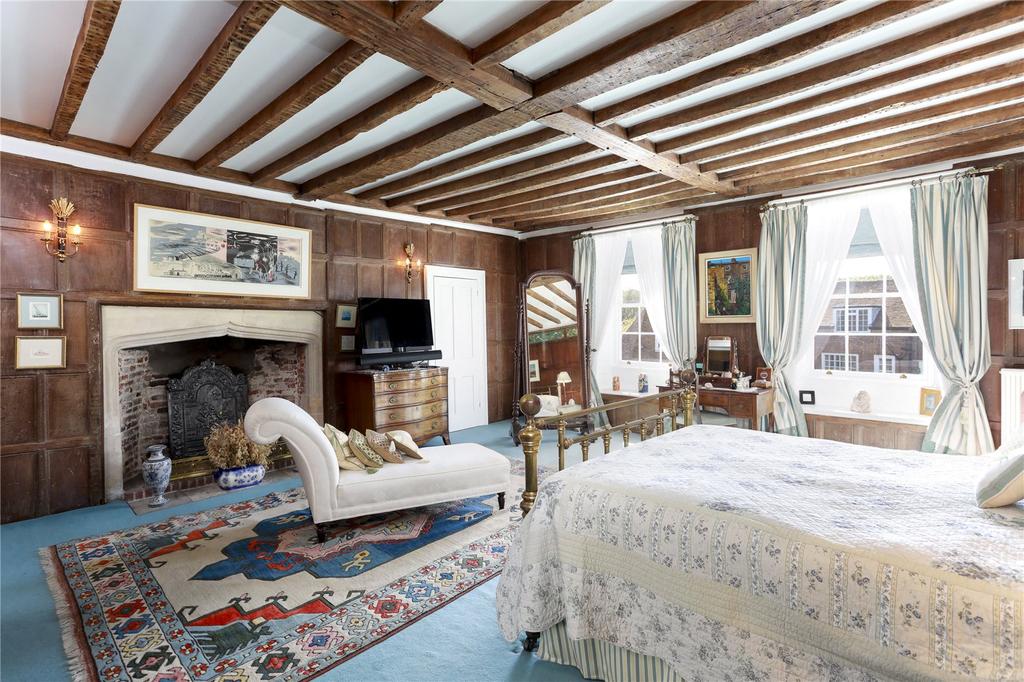 Watergate House, as it now stands, comprises at least two buildings of varying dates, with some internal survivals of the medieval manor. The oldest part of the house is the two-storey, former Abbot’s Bailiff’s House at the western end, which dates from about 1400 and was partly demolished in the early 19th century. 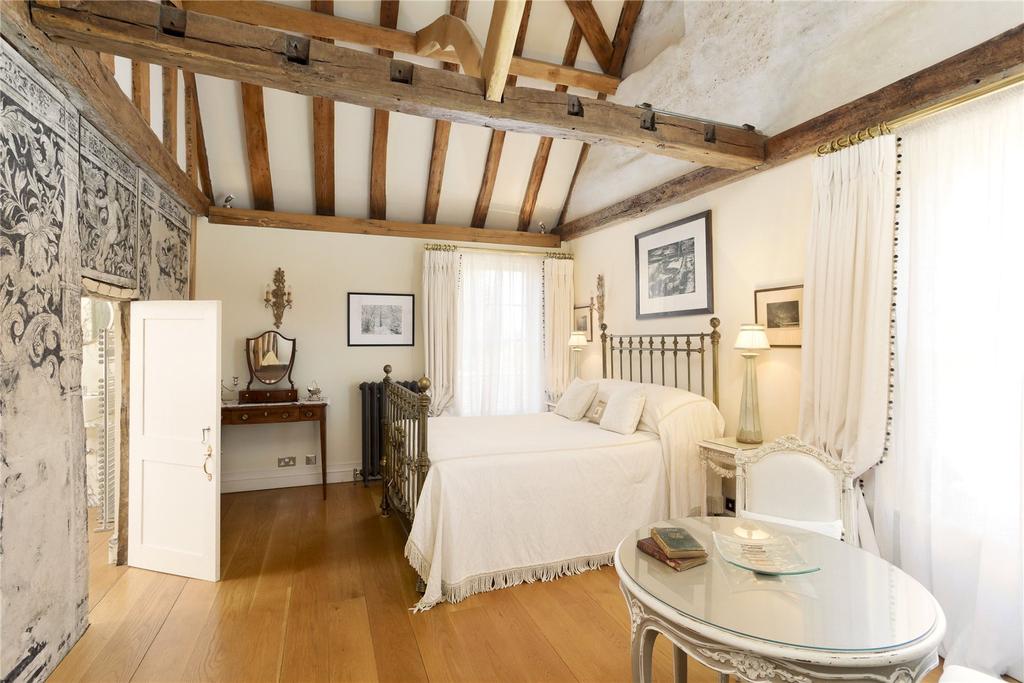 The main, three-storey part of the former manor was rebuilt in brick in about 1560, when it was owned by a wealthy merchant called John Johnson. Three generations of Johnsons lived there for 60 years or more.

The house was then held by various owners until, in 1765, John Blaxland, from an old Kentish family, bought the manor and, at some point, had the front of the house refaced in brick, in the Georgian style. 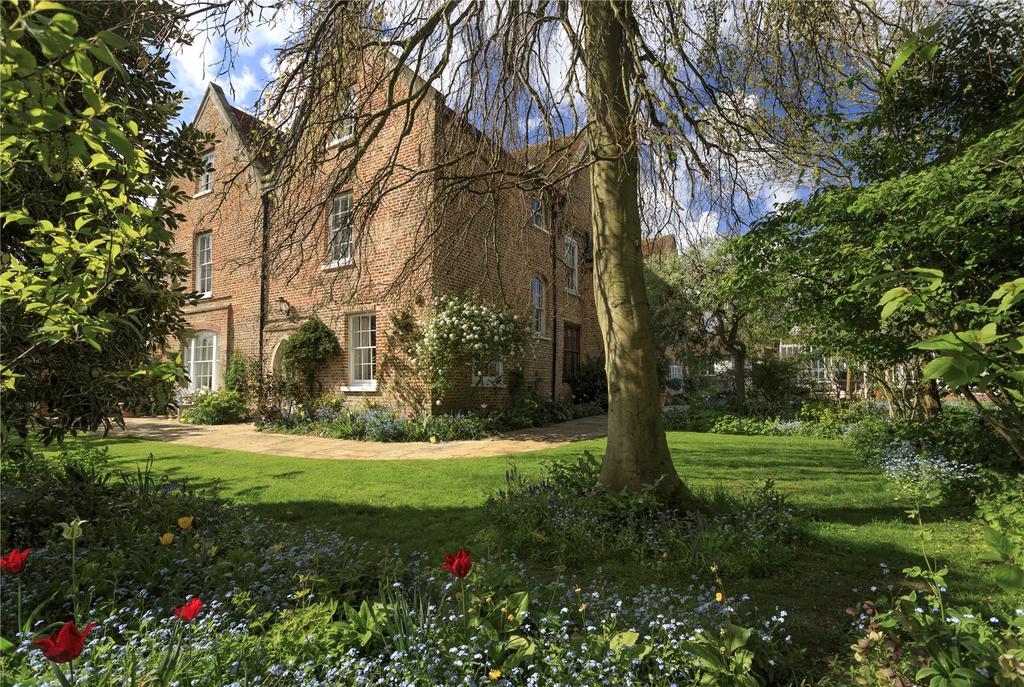 In 1805, his sons, Gregory and John, decided to emigrate to Australia, the first non-convicts to do so. In 1813, Gregory Blaxland discovered a route over the Blue Mountains, which allowed the colony to expand into the interior; he’s also credited with making the first Australian wine. 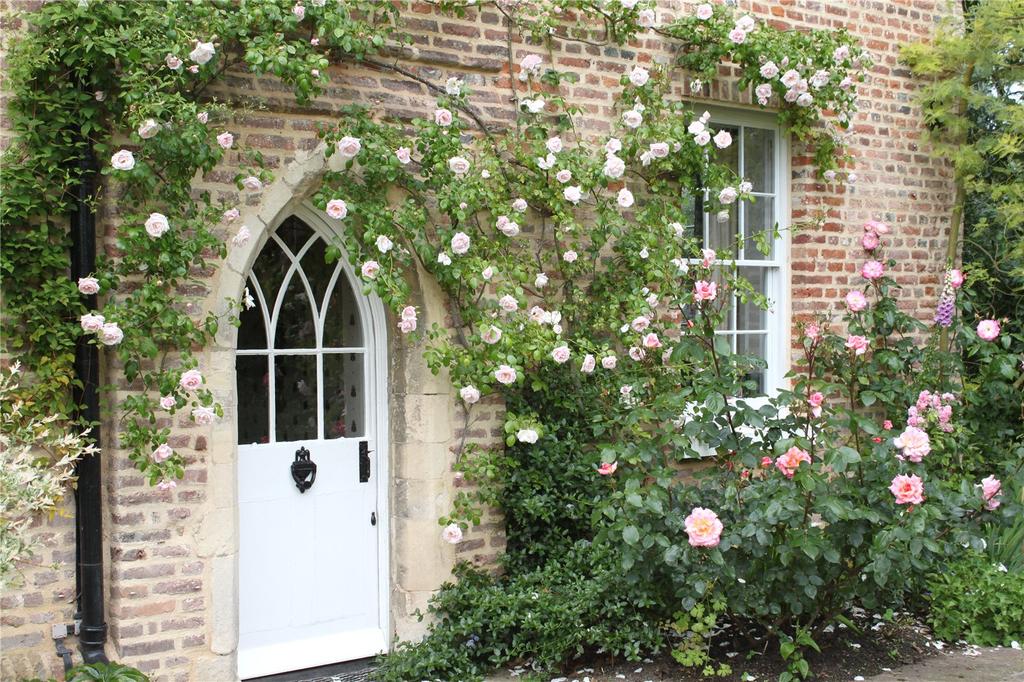 Thereafter, the former manor house fell on hard times until, in 1852, it was bought as the parish rectory, remaining so until 1947, when the Rev Dr Charles Phillips, a church historian, took the living. A single man, he found it too large for his needs, so a new rectory was built nearby and the existing one sold and renamed Watergate House. 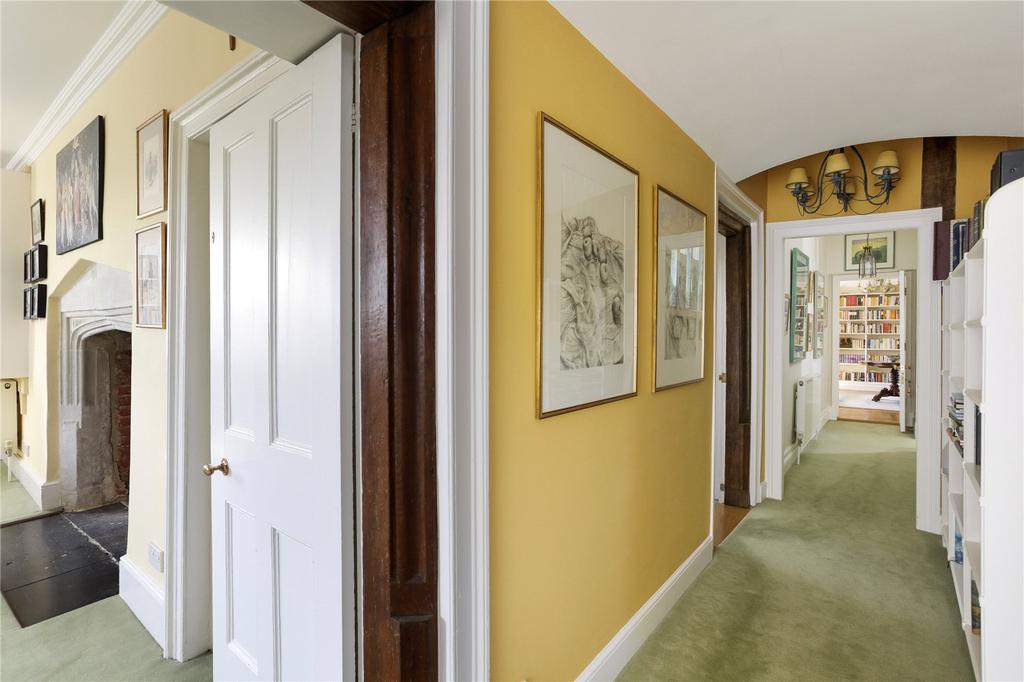 It passed through several hands between then and 1999, when its current owners embarked on their admirable restoration programme.

Watergate House is for sale via Strutt & Parker – see more pictures and details.

The house which inspired H.E. Bates to write his most famous works – and which became world famous as the setting

This week's Living National Treasure is royal florist Shane Connolly – and while he might be based in Britain, he's