Segdwick Park's 750-year history has seen all manner of change, but thanks to the vision of its owners in the last 150 of those years it's a wonderful West Sussex house with famously beautiful gardens.

‘The corner of West Sussex with Horsham at its centre would seem to be endowed with special attraction for the gardenmaker,’ wrote Christopher Hussey in Country Life in June 1942. ‘There are Leonardslee, South Lodge and the late Mr. Millais’s garden at Compton’s Brow, and in this select company the garden at Sedgwick Park is one of the most distinguished.’

An elegant woman walks past the water garden known as ‘The White Sea’ at Sedgwick Park, pictured in Country Life in 1901. ©Country Life Picture Library

Today, the house and gardens are in need of a new owner, as this huge — not far off 20,000 sq ft — country house set in 58 acres has come to the market with Batcheller Monkhouse via OnTheMarket, with offers over £5m sought.

Sedgwick Park was created as it exists today when it was the country seat of the Hendersons, whose efforts in transforming a neglected home into a gem were tireless. An earlier Country Life article describes Mrs Emma Henderson as ‘having proven herself a genius’ for her vision as she worked with Harold Peto and Sir Ernest George on remodelling Sedgwick in the late 19th century. Various castles and houses have stood on this site since the mid-13th century, but it was the Hendersons who turned a neglected property into something special.

The attention lavished on the place won great fame and acclaim for Sedgwick Park, which had previously been a ruin that suffered an ignominious fate: ‘Hundreds of loads of stone from the old castle ruins were carted for road-mending; its site was then used for grazing land,’ wrote Hussey.

‘When in 1862 Mr Henderson bought the estate from Mr James Tudor Nelthorpe, this spoliation was stopped.’

The house as it stands now is a 15-bedroom home set over three floors, with a floorplan so extensive and dizzying that the new owners might need a map to navigate the place for their first week or so. Not that getting lost is much of a bother in such a beautiful home, where the period features lend grace and beauty to the generously-sized rooms. 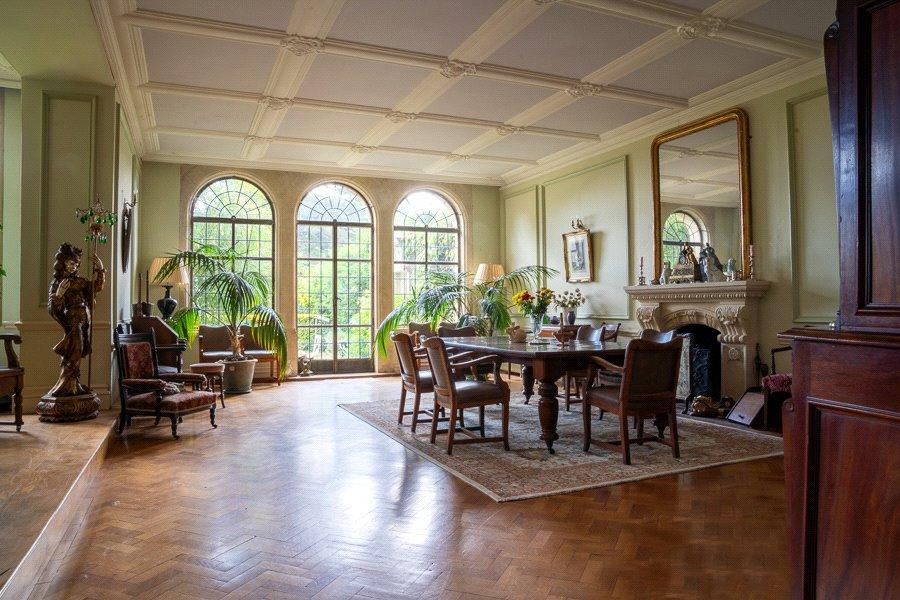 Nowhere is that more true than in the case of the wonderful dining room, the sort of glorious Edwardian space where you half expect to come across Graham Greene penning notes about a new novel, while views of the gardens through the leaded windows are a constant delight. 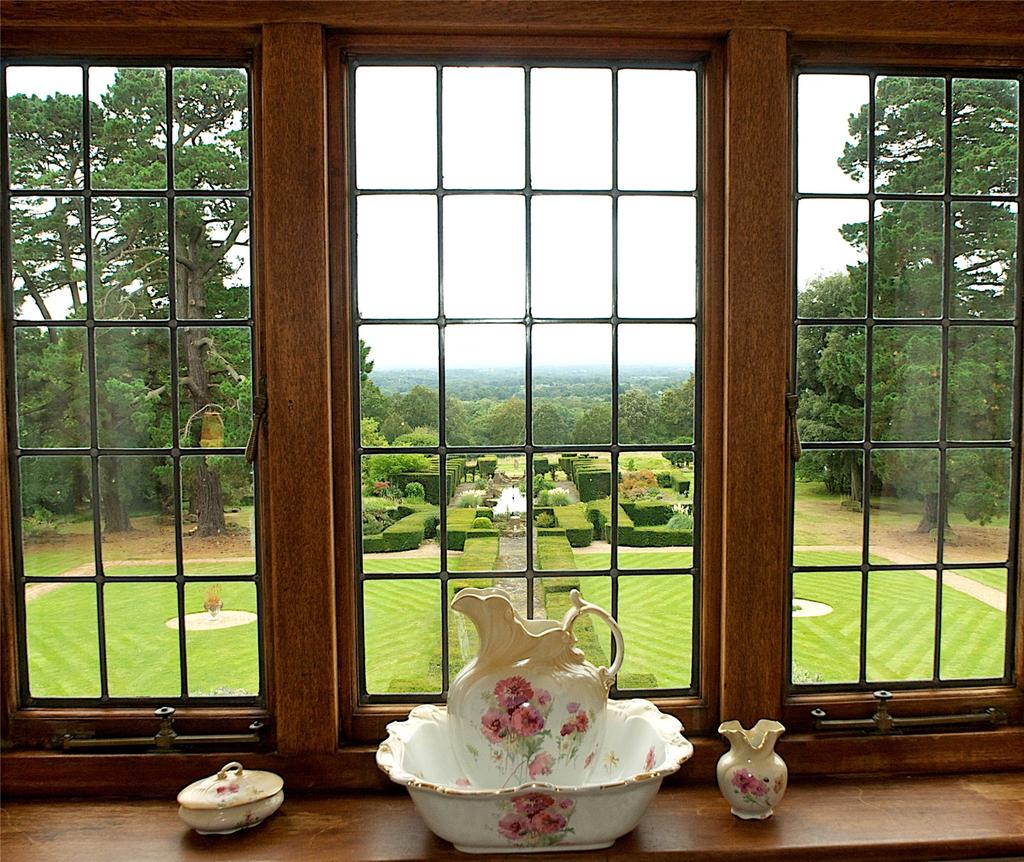 The house is occupied as a private home but over the years different uses have been proposed; it was auctioned in 1988, for example, with permission in place for extension and conversion into a 49-bedroom care home.

For a place of such beauty — with a swimming pool, a labyrinth and a superbly grand reception hall — that would have seemed something of a shame, for Segdwick has more to offer. The present owners have done a great amount of work on most of the building, but the west wing is still in need of attention.

Occasional events — weddings, wellness retreats and so on — are held here already, but subject to permission being sought there are all sorts of possibilities for such a site, especially given its easy access to London and its major airports.

Sedgwick Park is for sale through Batchellor Monkhouse via OnTheMarket for offers over £5m — see more details and pictures.