The natural pool at Warren Lodge is one of those perfect little spots where nature has been given just enough of a helping hand.

This beautiful house on the market at £1.25m in the Suffolk village of Little Saxham – around three miles from Bury St Edmunds – is equal parts modern comfort and wondrous throwback to a long-gone time.

For starters, it’s only accessible by bridlepath; how nice, never to be disturbed by the sound of churning pistons as you relax at home.

And even more romantic is the lovely natural swimming pool – you can swim among the waterlilies as if you’re recreating a scene from Cider with Rosie, and at 12.5m by 3.5m it’s big enough for serious swimmers to use on a daily basis.. 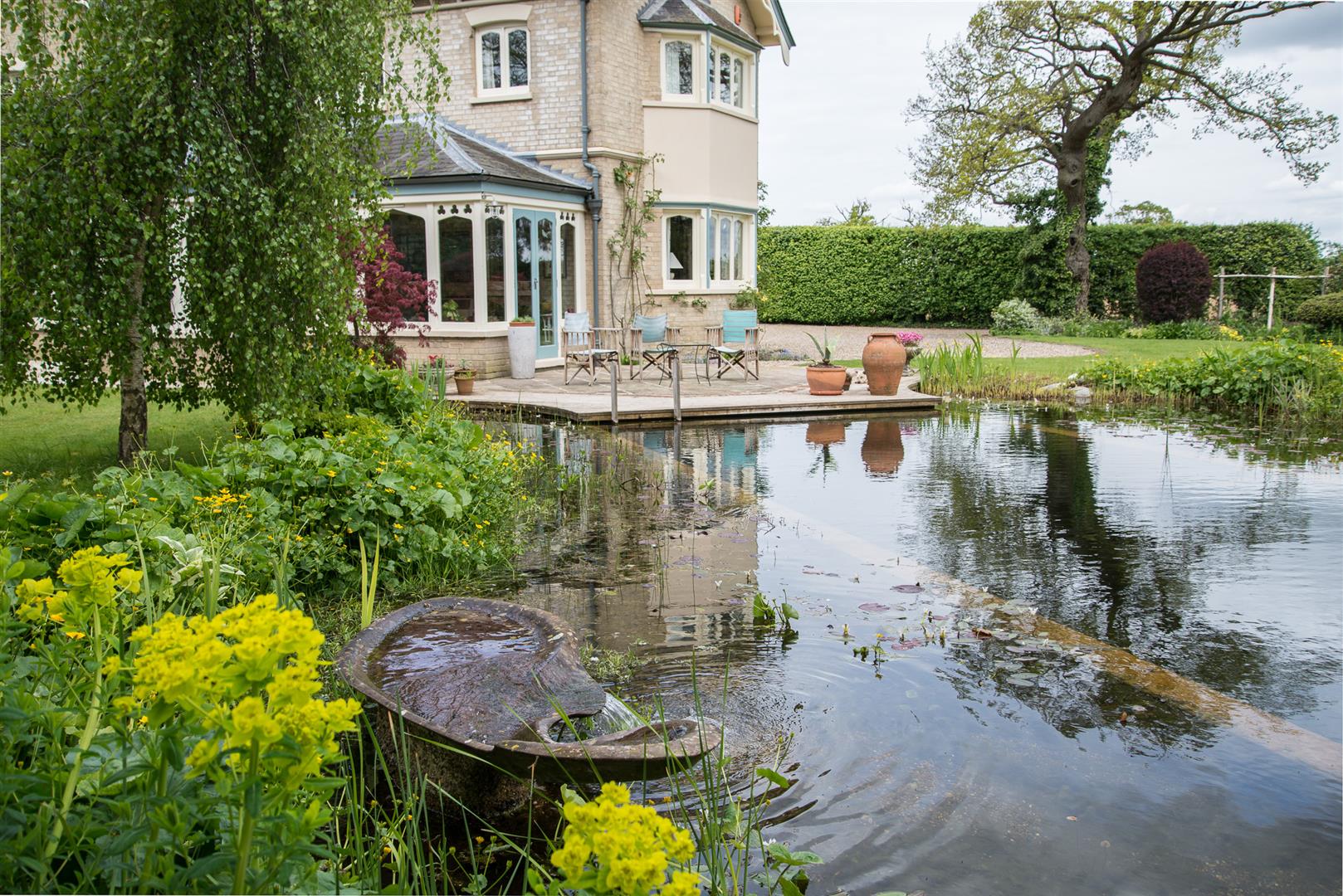 The rustic aspect is tempered, however, by the creation of a poolside deck and a walls to ensure that the pool is simple to enjoy as a fully man-made equivalent.

Fed by a bore-hole on the property itself, the pool is self-cleaning – the correct gravel and water plants were used when it was created seven years ago – and largely maintenance free.

If you feel the need to dip in fresher water, there’s a hot tub and a terrific two-storey pool house at the other end from the house. 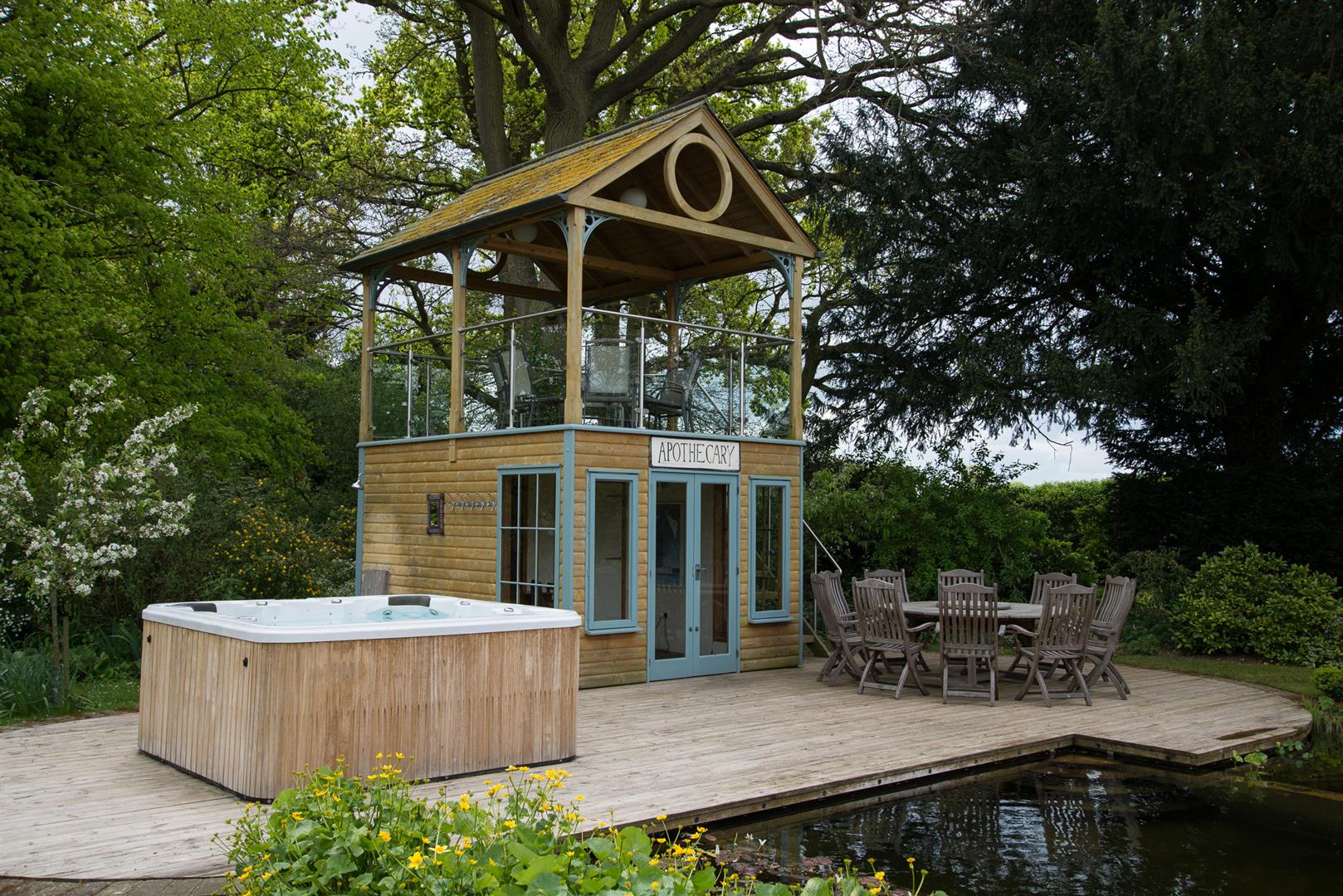 Inside, the house has a similar mix of old and new. Originally the gamekeeper’s cottage serving Ickworth House, the Grade II-listed Warren Lodge was later extended to become a spacious country house with six bedrooms.

There is a large kitchen-diner with an Aga as its centrepiece, while there are also drawing and dining rooms. 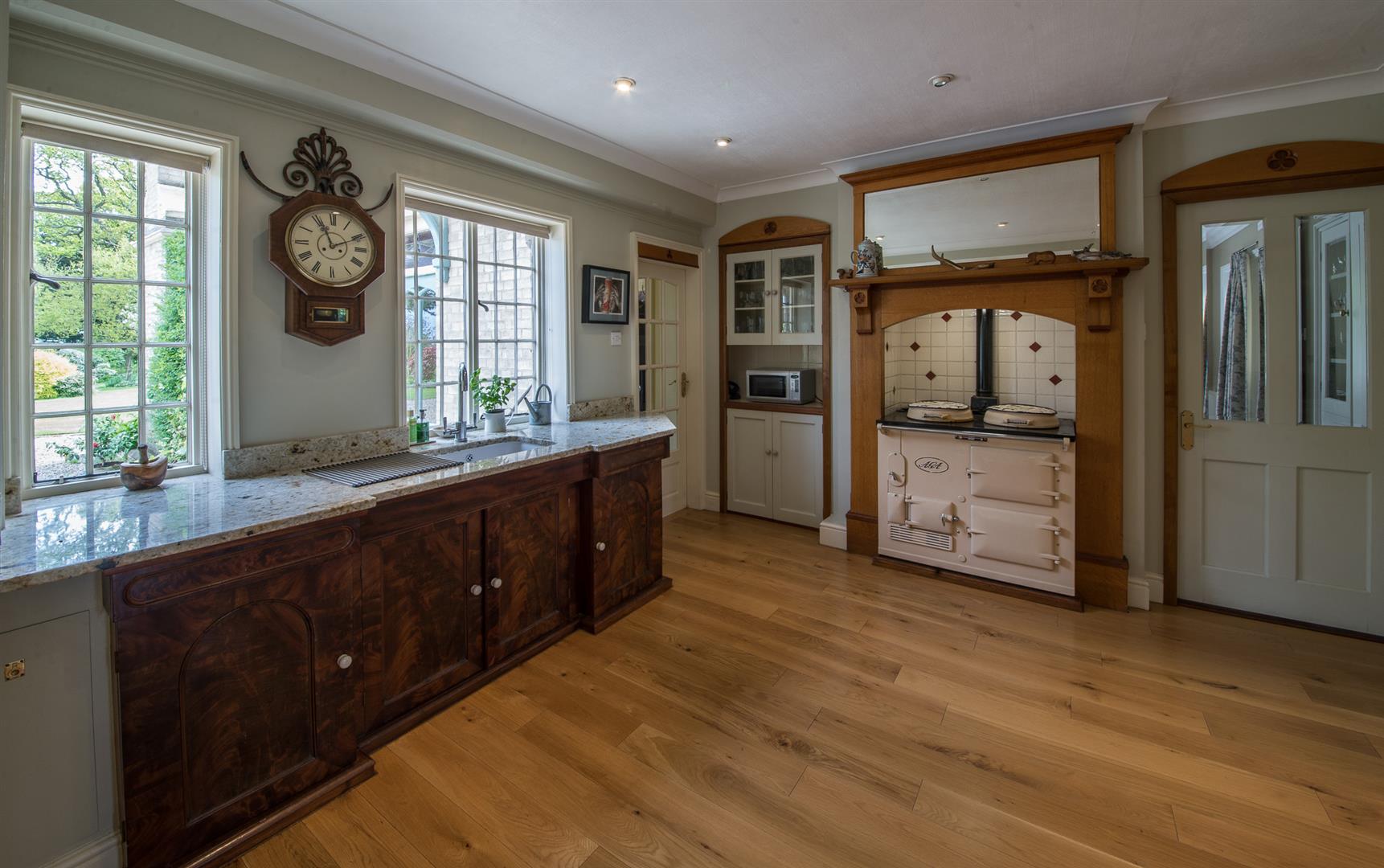 There is also a graceful, curving staircase in the hallway, a hand-made feature which adds a huge amount of character to a house originally built in 1865. 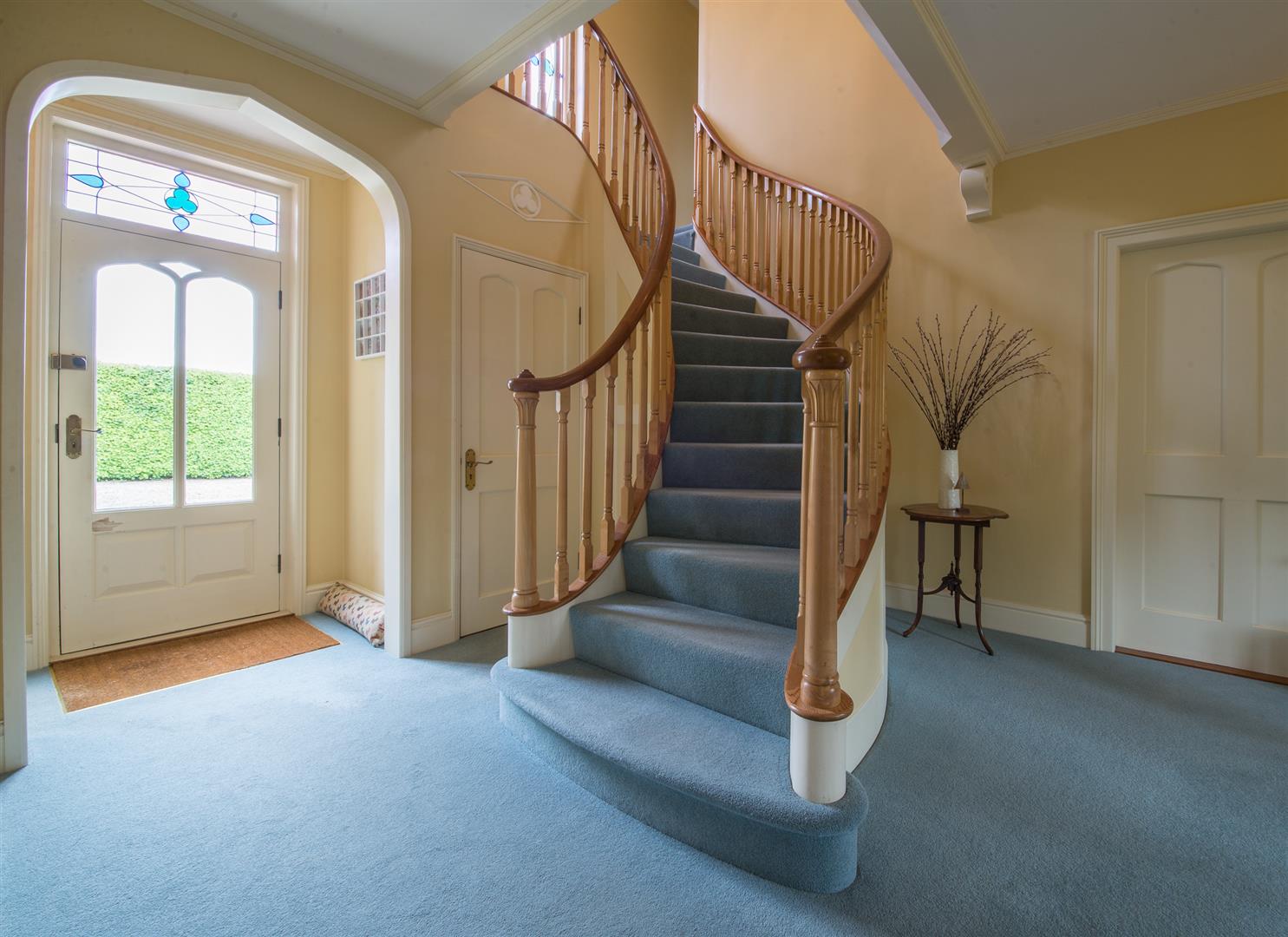 Among the other highlights is the garden room looking out over the pond, while there is also a covered outdoor area. 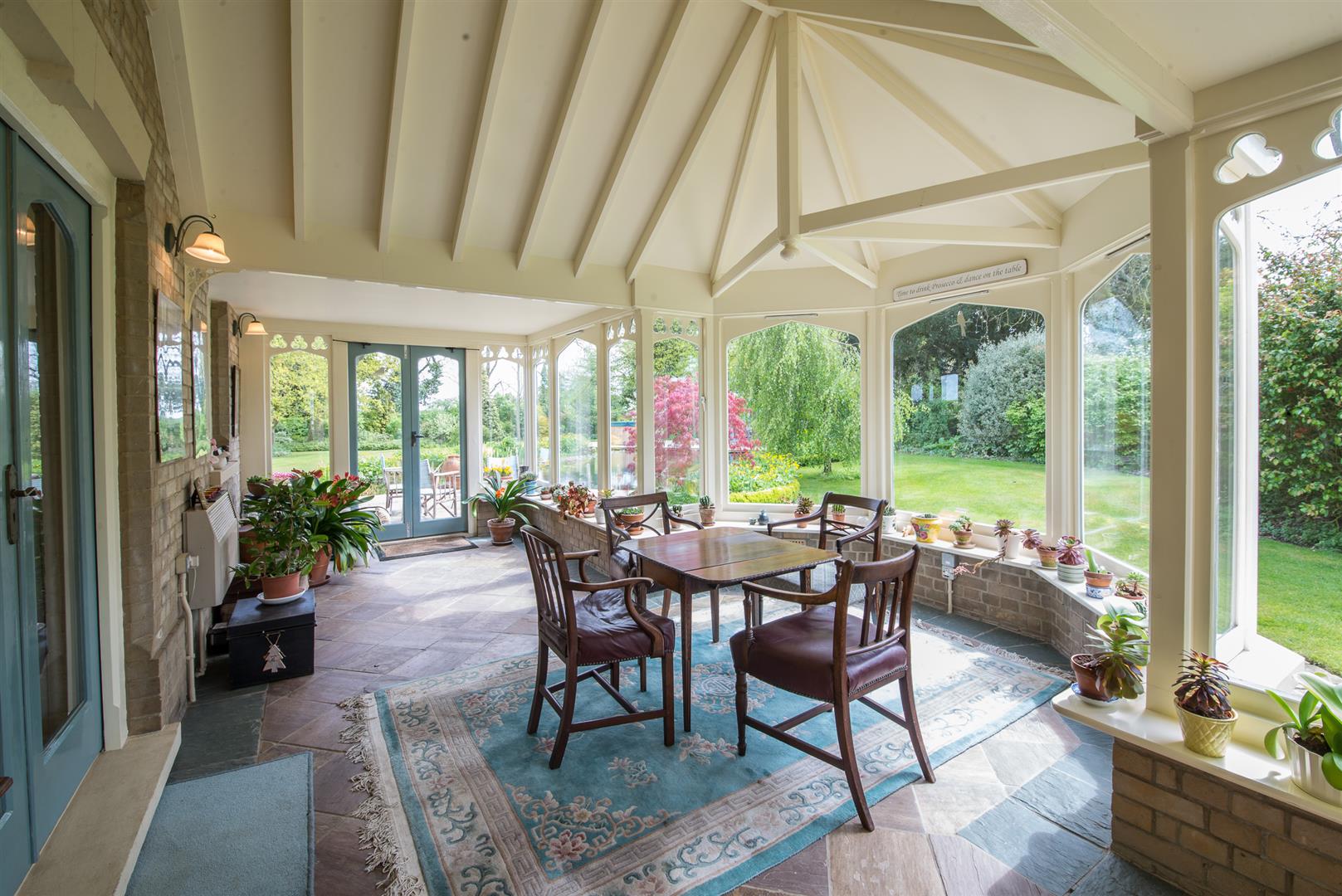 Separate to the main house is the two-bedroom guest annexe, with its own private access, while there is also a brick-built garage-cum-workshop where the present owners have indulged their love of carpentry.

They clearly have a love of gardening as well: within the 1.5 acres of the plot is a small orchard – with pear, apple and plum trees – while there is also a vegetable patch and plenty of lawned areas.

Warren Lodge is on the market with Sheridans, who are inviting offers around £1.25 million.