Penny Churchill takes a look at Hexton Manor, a vast estate in Hertfordshire at the heart of which is a beautiful 18th century house overlooking a magnificently picturesque lake.

No disrespect to Hertfordshire, but it’s probably not the first county in which you’d look for the ultimate residential and sporting estate.

There is on the market, however, an impressive, 10-bedroom country house in a glorious parkland setting with a large acreage of productive farmland and an outstanding high-bird shoot set in deep valleys and wooded hillsides more reminiscent of Yorkshire or the West Country than a quiet corner of the Home Counties that lies 40 miles north of Hyde Park Corner. 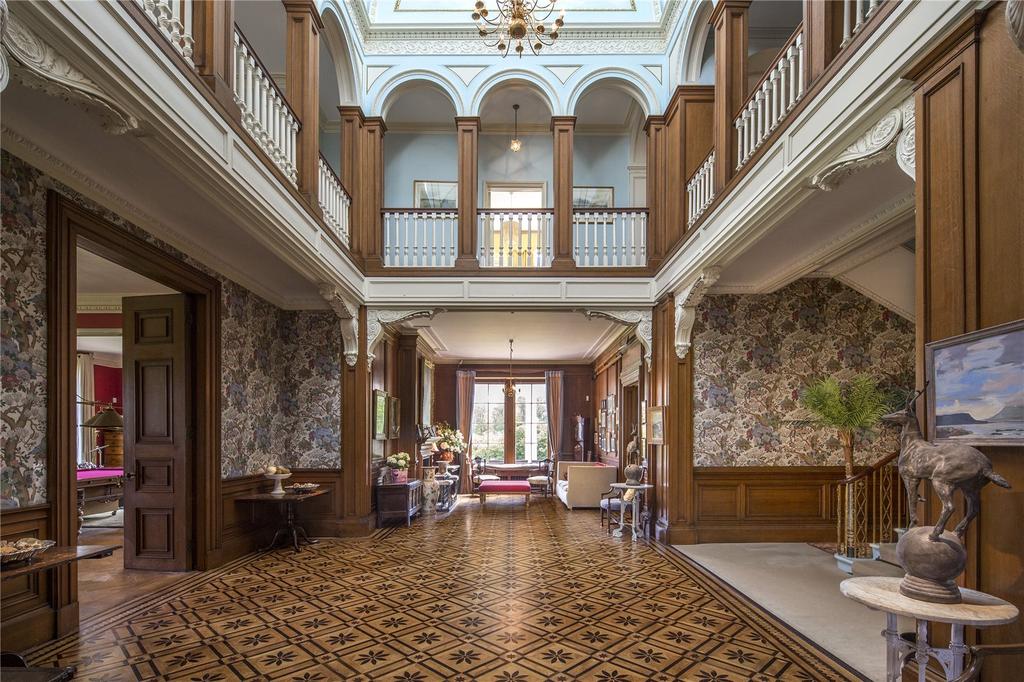 All this – and more – comes with the sale, through Savills, of 1,349-acre Hexton Manor Estate at Hexton, in the foothills of the Chilterns AONB, in up to four lots via Savills, at a guide price of £19 million for the whole.

The house itself is part of Lot 1, comprising the 14,589sq ft, Grade II-listed manor with its enormous walled garden, 10 bedrooms and two integrated flats, plus six estate houses and cottages, buildings – including a converted stable that contains three office and a flat – and lakes set in 186 acres of parkland and farmland, together offered at £9 million. 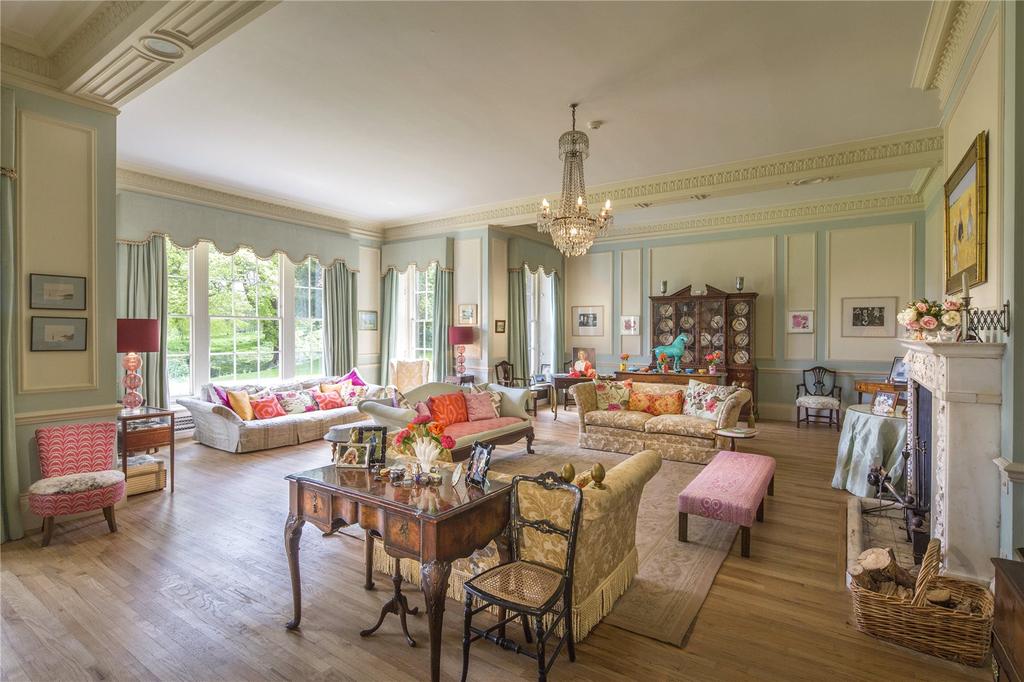 The remaining three lots are all comprised of land. Lot 2, comprising 586 acres of farmland and steep wooded valleys to the south of the house is for sale at £4.75 million. Lot 3, priced at £4.25 million, is for 473 acres of flat, fertile, arable land to the north of Hexton village; and Lot 4, at £1 million, is a further 101 acres of arable land to the west of the village. 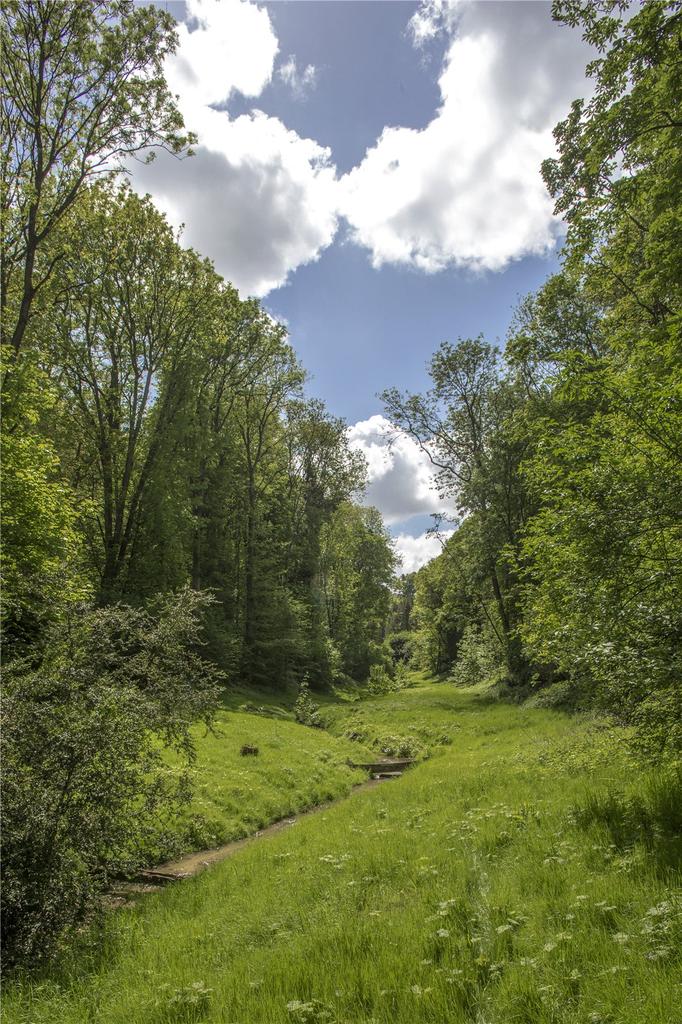 The manor itself is approached from the east through iron gates and then via a drive which passes along an avenue of beeches, while the western approach leads past the stables, bothy and walled garden from the village of Hexton itself. 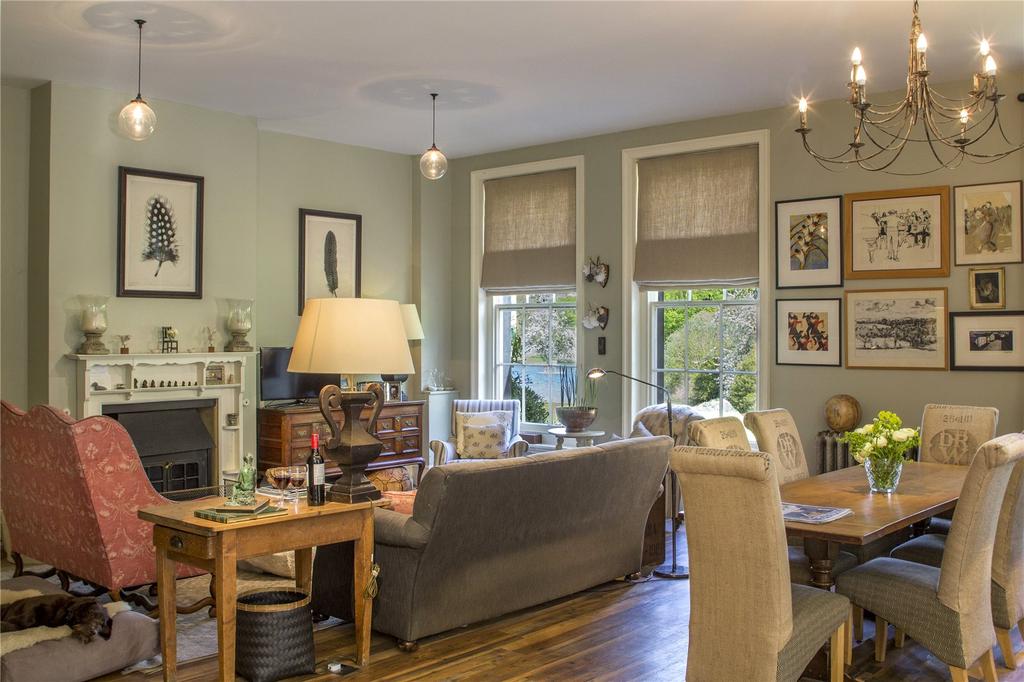 Few country estates are as well documented as Hexton Manor, which has remained in continuous private ownership since its surrender by the Abbey of St Alban at the Dissolution of the Monasteries. In 1593, it was bought by Peter Taverner, whose descendants lived there until 1772, after which it changed hands several times in quick succession.

In 1809, Hexton was described as ‘a well-appointed country estate with park and gardens’ by its owner, William Young, who thought of selling, but decided instead to pass it to his daughter, Caroline, and her husband, Joseph Lautour. 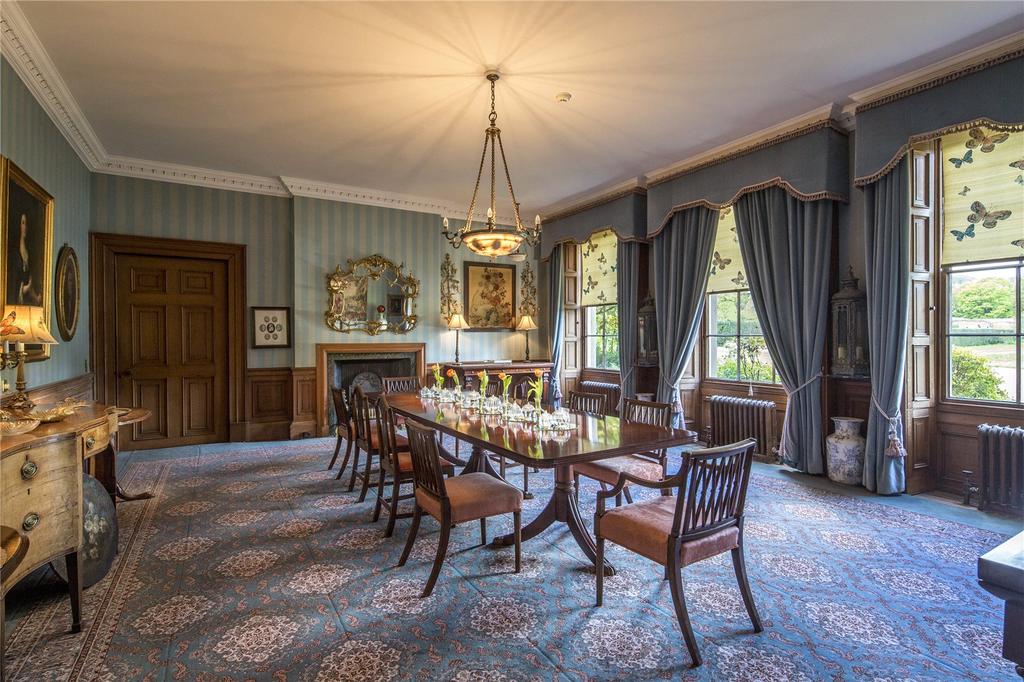 The Lautours made numerous improvements and, in about 1820, had the house, which was originally built of brick, stuccoed in the late-Georgian style. 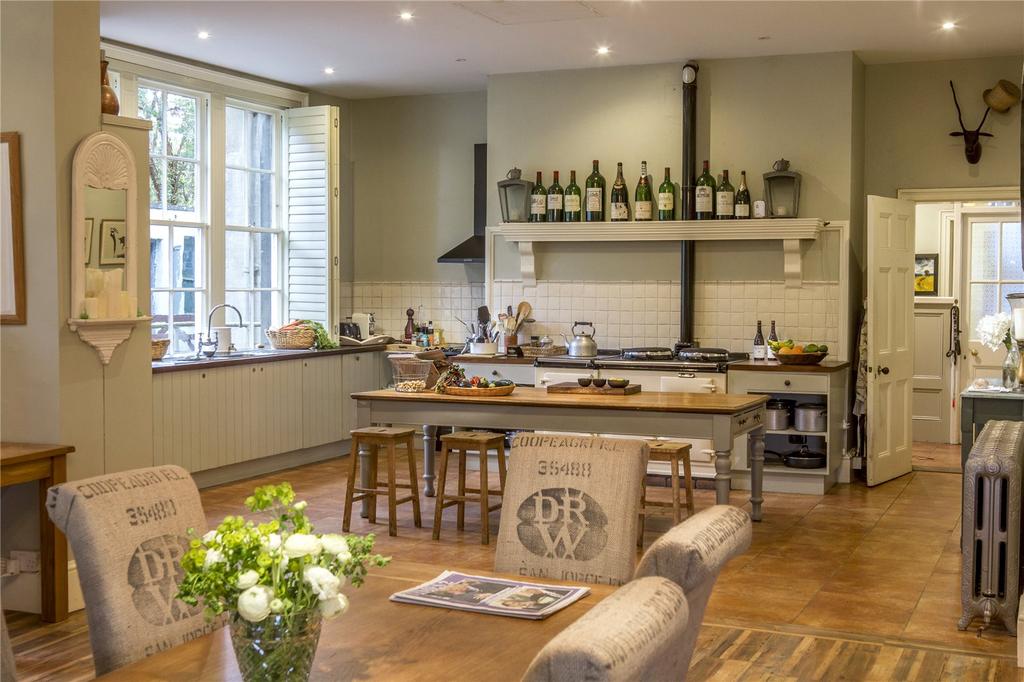 During her son’s tenure, Hexton was let to tenants and it was almost derelict by 1901, when it was bought by rich textile merchant George Hodgson.

In the course of an ambitious 18-year restoration, he renovated the manor, removed the single-storey wings, rebuilt the village, restored and developed the gardens and grounds, built follies and bridges and erected gate-lodges at either entrance of the long, tree-lined drive. In 1918, he sold to the wool merchant and politician Sir James Hill.

The next custodian was a steely Scotsman, Maj Sir Patrick Ashley Cooper, a far-sighted businessman who was at one time governor of the Hudson’s Bay Company and a director of the Bank of England.

Knighted for his wartime service in 1944, he was High Sheriff of Hertfordshire in 1946. He died at sea in 1961, since when the estate has been farmed, managed and enjoyed by successive generations of the Cooper family. 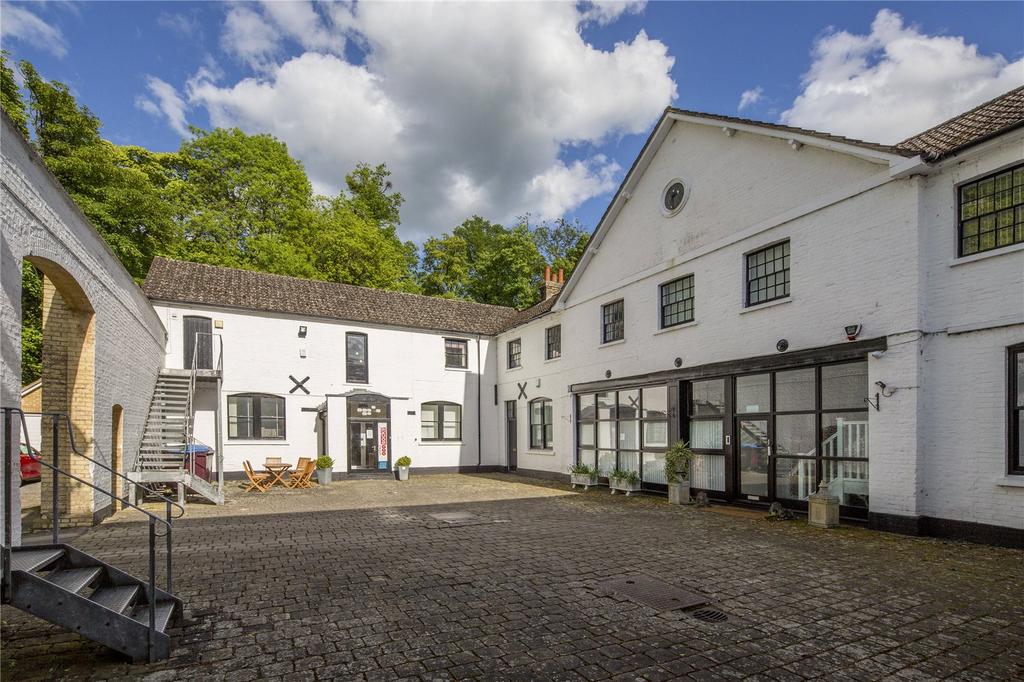 As its long history shows, an estate such as this needs constant investment merely to stand still. As well as overseeing the running of the farms, shoot and the administration of Hexton’s substantial property portfolio, the present incumbents, the refreshingly down-to-earth Patrick Cooper and his wife, Belinda, have boosted estate coffers wherever they can. 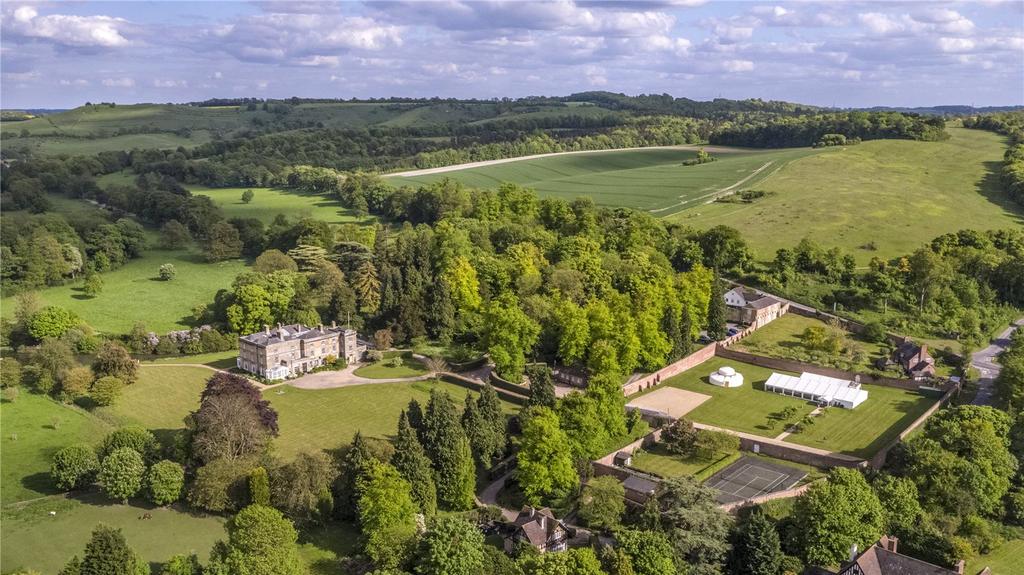 One of the key measures has been restoring and converting the Victorian walled garden into a private wedding venue, with civil ceremonies conducted in the manor’s grand Italianate reception hall.

Hexton Manor is for sale via Savills – see more pictures and information. 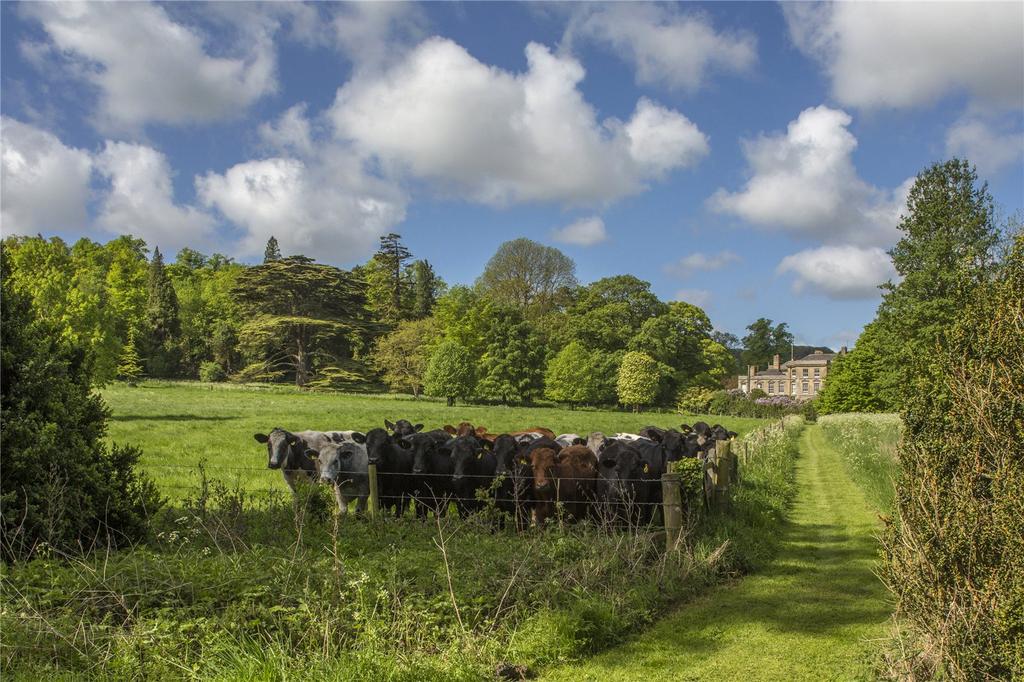 Classical Culver is situated on the edge of the historic east Hertfordshire village of Much Hadham.

This beautiful mansion in Hertfordshire was once the family home of Britain's great biscuit dynasty.

The Mill House is a Hertfordshire home with genuinely spectacular gardens, but none which is in need of some TLC