The stone which Fort Charles sits on was used to build the last stronghold of the royalists in the English Civil War. It now plays host to a rather incredible house. Penny Churchill reports.

Few coastal locations are as romantic as that of Fort Charles, a ruined 16th-century fortification built on a rocky outcrop just off the beach of North Sands at Salcombe, Devon. Originally known as Salcombe Castle, the fort, now owned by the National Trust, was built by Henry VIII in the 1540s to defend the Kingsbridge estuary against French and Spanish pirates. 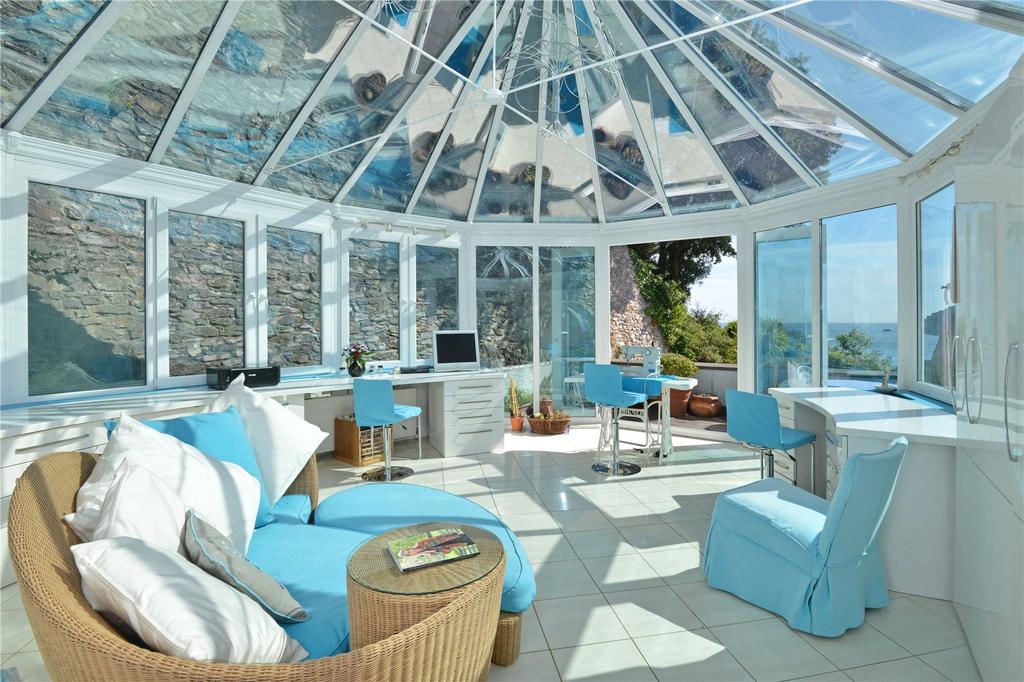 Rebuilt during the English Civil War by the royalist Sir Edmund Fortescue, who renamed it Fort Charles, it was the last castle in England to surrender to Cromwell’s troops in 1646 – and then only because all other royalist strongholds had been overrun. 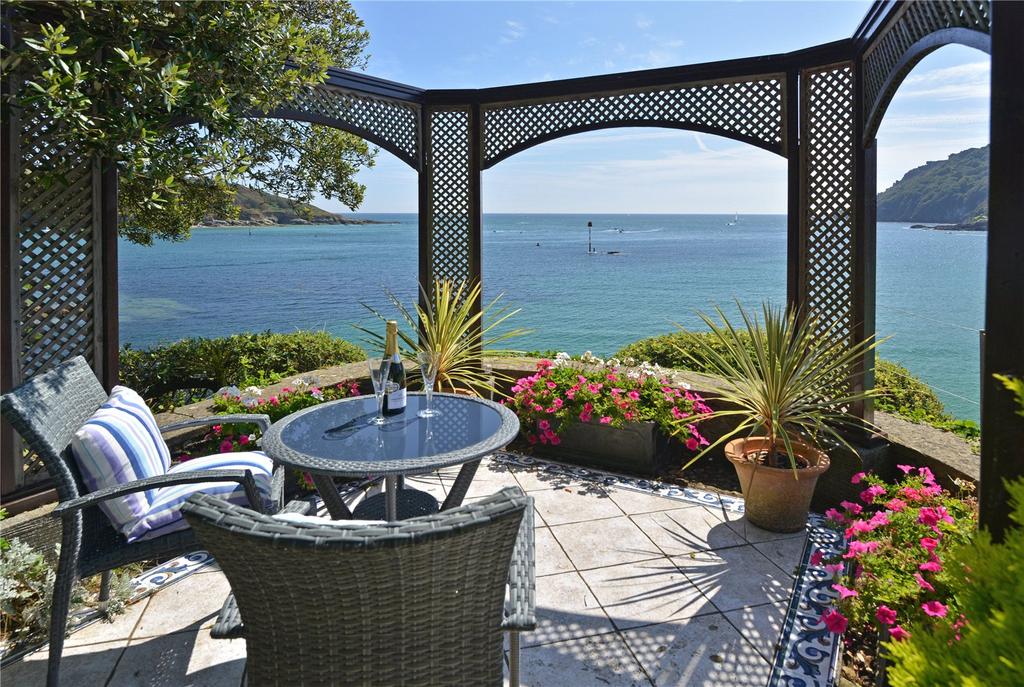 The castle was built with stone quarried from the nearby headland, which today is the setting for one of Salcombe’s most enviable coastal properties – also known as Fort Charles – thanks to the vision and dedication of the late Michael Platt and his wife, Janet. In 1995, they bought the original stone house that was built on the site in the early 1900s. Now on the market through Strutt & Parker at a guide price of ‘excess £3.5 million’, the house has been reconfigured and upgraded to take maximum advantage of its unique position and breathtaking sea views. 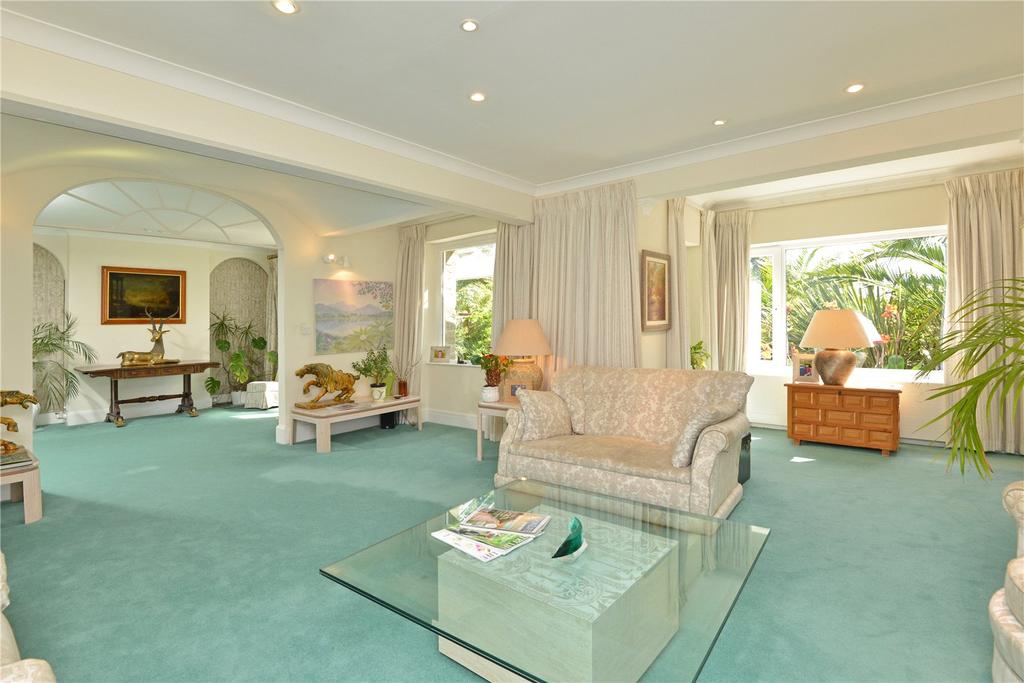 ‘Calling on Michael’s long experience as a civil engineer, the Platts inverted the house to its present upside-down format. Other alterations included the addition of a bespoke hand-built kitchen and a stunning conservatory. However, the greatest effort was invested in the creation of Fort Charles’s wonderful, Italian-style gardens that were Michael’s passion and rival those of any coastal property in the UK,’ enthuses selling agent Blair Stewart. 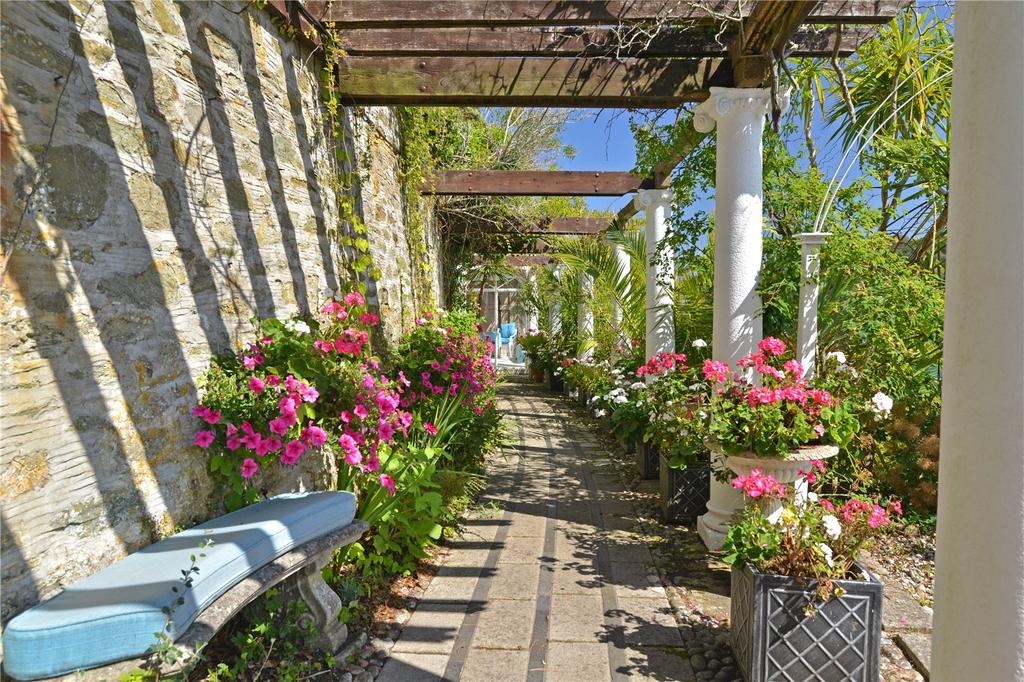 Fort Charles currently offers more than 3,600sq ft of well-organised living space. The upper floor houses a large sun room with a vaulted glazed roof and French doors leading to three different terraces, each with its own spectacular sea or estuary view. The kitchen, with its extensive range of wall and floor units reminiscent of a ship’s bridge, shares the same magnificent views as the adjoining dining room. Accommodation on this floor is completed by the spacious master suite and its adjoining sitting room, and the ground floor offers a large reception hall, sitting room, study and two further bedrooms. 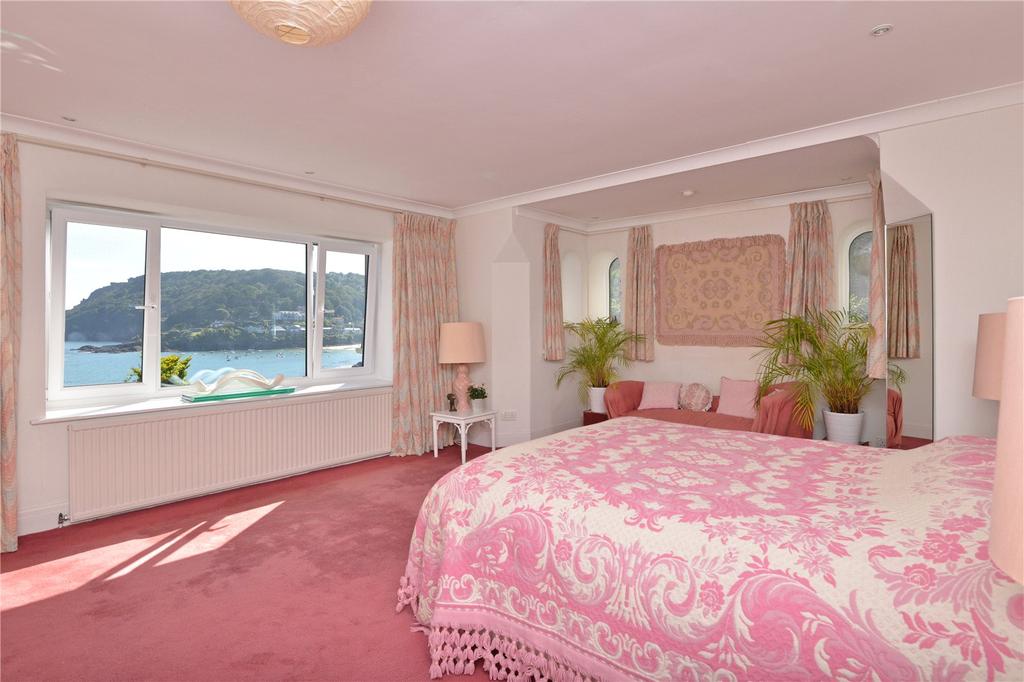 Subject to the relevant planning consents, the house could be further extended or even rebuilt, the agents say. On the other hand, who could replicate Michael Platt’s extraordinary formal gardens, which follow the contours of the entire headland, covering an area of 1.6 acres at full high tide, and no less than 3.7 acres at low water? 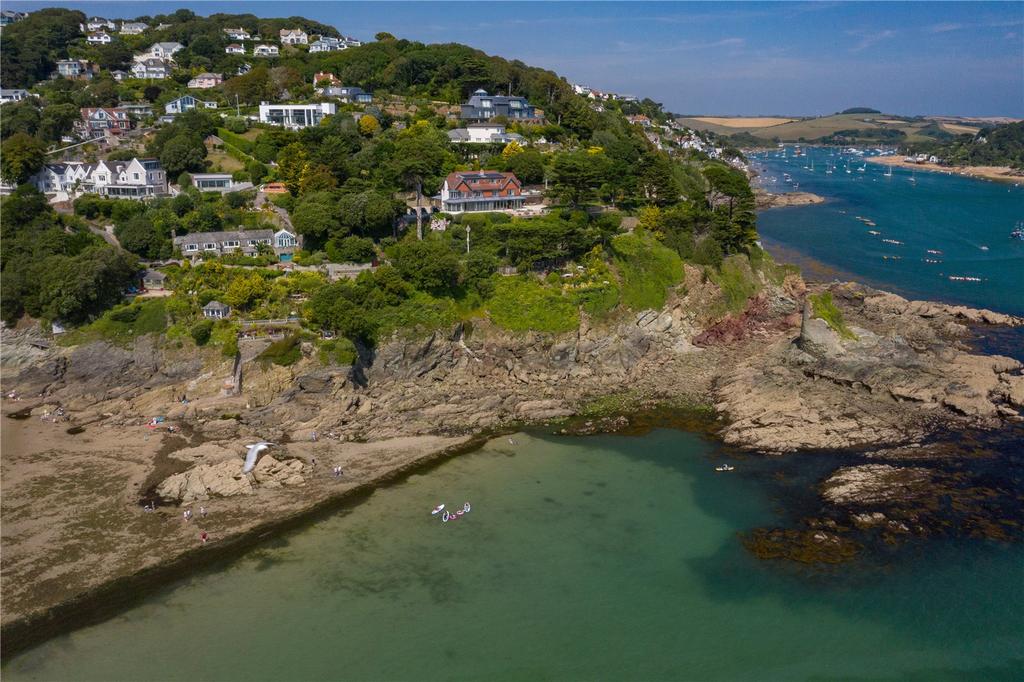 Highlights include the sheltered front garden, predominantly laid to lawn with individual specimen palm trees planted in 1995, and the brilliantly engineered, terraced waterfront gardens – reminiscent of Italy’s dazzling Amalfi coastline – which are dotted with water features and plant collections sourced from nearby nurseries to take advantage of Salcombe’s Mediterranean micro-climate.

Fort Charles is on the market with Strutt & Parker at a guide price of ‘excess £3.5 million’. Click here for more information and images.